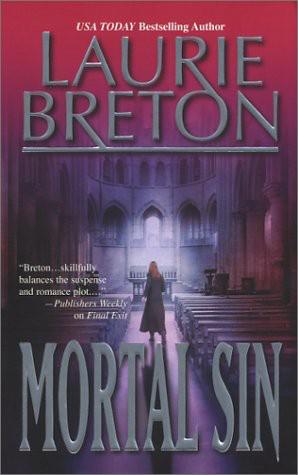 Park Square. Mass Ave. The Combat Zone. All home to Boston's sex trade. Home also to runaways and lost souls, home to high rollers and politicians looking for action they can't find anywhere else. It is home, too, for Father Clancy Donovan, who spends his time here trying to get young girls off the street. Bone weary and frustrated, he has lost the joy in his life and has no idea how to get it back.

Divorced three times and not yet thirty-five, Sarah Connolly is trying hard to make a new start when life throws her a curve. Kit, her fifteen-year-old niece, has run away from home, and Sarah will need every ounce of her stubbornness and determination to track her down. Suspecting Kit has disappeared into the Combat Zone, and with no one else to turn to, Sarah appeals to Clancy for help.

The unlikely pair team up to find Kit, but in the process find something else -- something powerful, something unexpected and something that will shake them to their core. 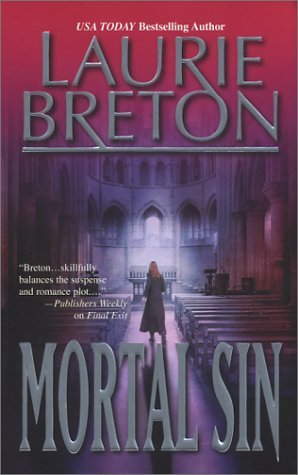 Warmth flooded those golden eyes. “Of course. You’re the lady who just bought the bookstore. Josie’s mentioned you.”

“Then you have a distinct advantage over me, Father, because she’s never mentioned you until now. And you’re not at all what I expected. You’re so… ” She paused, searched desperately for the right word.
Dark. Intense. Intriguing. Sexy
.

“Young,” she said, breaking eye contact and focusing on a single dark blue paperback sitting on a lower shelf, just at eye level.
Catechism of the Catholic Church
. She supposed if he ever suffered from insomnia, the cure was readily available, right here on his bookshelves.

Watch for LAURIE BRETON’s next

MIRA and the Star Colophon are trademarks used under license and registered in Australia, New Zealand, Philippines, United States Patent and Trademark Office and in other countries.

This one’s for Paul, for more reasons than I can count.

Thanks to my two dear friends, Judy Lineberger and Jamie Disterhaupt. If not for your support and friendship through a long and difficult winter, this book might never have happened. Bless you both!

Thanks to my wonderful editor, Valerie Gray, for her endless support, encouragement and faith in me.

And as always, thanks to my family for putting up with me when I’m on deadline.

Living in the ugliest house on the block was so humiliating. Kit Connelly hoisted her cumbersome backpack higher on her shoulder and trudged through a gloomy March dusk toward the hideous two-story bungalow that some demented previous owner had painted bright blue. The garage was ready to collapse, the roof had been clumsily patched with shingles that nobody had bothered to match, and the front steps lurched to one side like a drunken sailor. Aunt Sarah, of course, loved the place. She called it a fixer-upper, and kept saying it would look just fine with a fresh coat of paint and flowers blooming in the yard. Her aunt was obviously as loopy as the guy who’d painted the house blue. It would take a wrecking ball to improve this dump.

She let herself in through the kitchen door, tossed her coat over the nearest chair, and plodded up the stairs to her room. Dropping the backpack on the bed, she plunked down beside it and rummaged in a side compartment for the third-quarter report card that was about to destroy her life. It wasn’t that bad, overall. Two C’s, three D’s, and one F. She’d passed everything except French. But Aunt Sarah would go ballistic when she saw it, and Kit couldn’t very well hide the damn-fool thing, because her aunt knew grade reports were due today. She’d be expecting to see it tonight.

Kit lay back on the bed and stared miserably at the crack that ran across her bedroom ceiling. Her life was over. She’d be grounded until she was too old to care. Sarah was already on the warpath after this morning’s go-round, all because she wanted to get her tongue pierced. What was the big deal? A lot of the kids had piercings. But Auntie Dearest, fossilized at the advanced age of thirty-three, was seriously behind the times. She’d refused to even consider it.

From there, the battle had progressed to the nasty R word: Responsibility. Something that, according to Sarah, she still needed to get straight.
Wipe your feet. Turn off the lights. Pick up after yourself
. No matter how hard she tried, she could never get it right, and every time she screwed up, her aunt was on her like a duck on a June bug.

Momma would never have treated her so shabbily. Momma would have let her take the T into Boston with the other kids to hang out after school. Momma would have understood how important it was to be seen at the right parties and with the right people. Momma would have realized she didn’t need a keeper. She was sixteen freaking years old, not five. At sixteen, she was old enough to make her own decisions. Old enough to take care of herself. She didn’t need Sarah. She didn’t need anyone. She’d proved it last summer, hadn’t she? She’d taken care of herself just fine, at least she had until the New Orleans cops had busted her and dragged her back home to live with Remy and Sarah.

No way was she going to survive two more years of living in this prison, with Warden Sarah governing her every move. She was going to have to get out before she went absolutely bugfuck.

She got up from the bed and walked to the mirror, lifted her long blond hair and pursed her lips in a sexy pout like the women did in those men’s magazines that old man Gior-dano sold from the back room of his store. Turning one way and then the other, she critically studied her appearance. Most girls her age were troubled by acne, but she had nice skin, smooth and pink and flawless. And her eyes were her best feature: wide and blue, fringed by thick lashes.

But the good stuff stopped there. Her lips were too thin, her nose tilted to the left, and her thick, wavy hair was hopeless. And her body… well, there wasn’t anything good she could say about her body. No matter how much she dieted, she still looked like a fat cow.