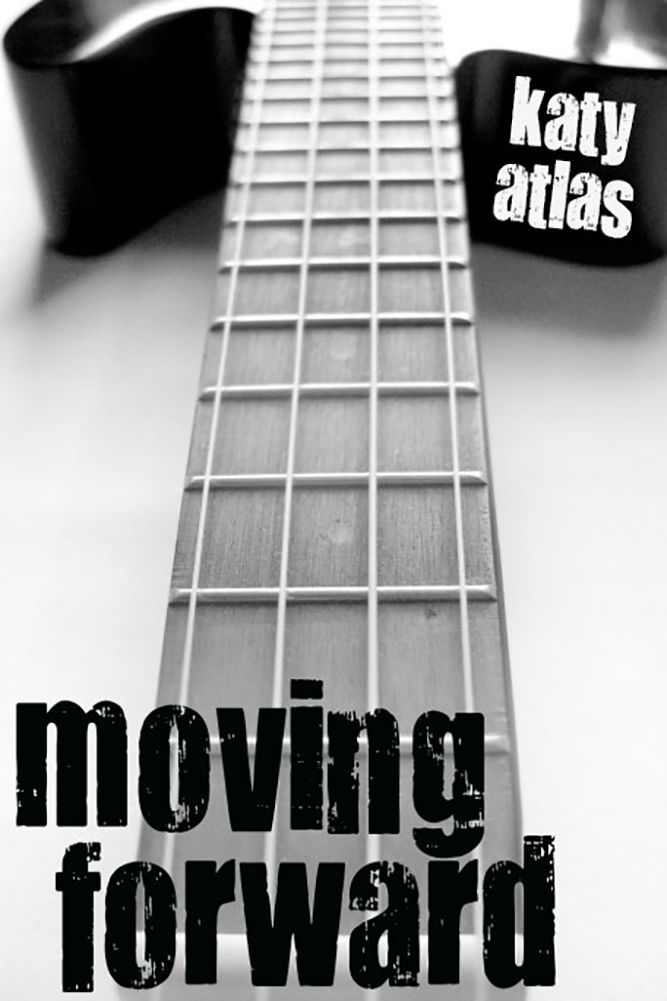 I used to dream about everything.
Climbing mountains, flying through the air, showing up for school naked, starring in a play without knowing my lines.  And I’d always wake up, sweat on my forehead, cool relief flowing through me:
It wasn’t real
.

Now
there’s only one dream.  Every night, the same one.  This one perfect moment with the perfect guy, where everything came together in an instant.  The best moment I’d ever had.

Every morning, I can feel
a smile linger on my lips, that tiny remnant of the dream.

But then I remember.  Then I have to wake up.

My roommate, Darby Ann, had already left for class by the time I got out of bed — which was a good thing.  Darby and I hadn’t really been on speaking terms since I’d dropped out of the sorority she’d convinced me to join, and it seemed like every time we were in the room together, the tension got a little more intense.

Until two weeks ago, I’d never realized that “Can you please take out the trash?” could sound completely indistinguishable from “I hate your guts and never want to see you again.”  I’d spent so much time in English classes, parsing words from
each other, when tone and inflection meant a hundred times more than words ever could.

And Darby was a master at making me understand just how she felt.

I slipped my feet into my Converse and pulled a sweatshirt over my head.  I checked the clock — I had ten minutes to get across campus, to my 9:00 a.m. multivariable calculus class.

If there was ever a mo
re brutal form of torture than multivariable calculus at 9 a.m. on a Friday morning, I hoped I never had to endure it.

Out of habit, I looked down at my phone.  No calls, no texts.  I felt my heart sink a little, but it was
exactly what I was expecting.

I had to get
all the way across campus, so I set off at a quick pace, locking the door behind me and sinking my hands into the pockets of my sweatshirt.  Punctuality wasn’t exactly my strong suit, but I’d made a promise to myself to get back on track with my schoolwork this winter, after some close calls earlier in the semester.  So far, so good.  If I didn’t hit any Manhattan traffic lights, I’d slip through the door a minute before the professor started talking.

“Casey,” I heard a voice behind me
as I turned down the path from my dorm, one I didn’t recognize.  Slowing down my pace just a bit, I turned in the direction that it had come from, and immediately recognized a freshman guy.

“Wait up,” he said, persisting, and I let out a sigh and turned to him, watching as he jogged a few feet to catch up to me.  Ever since I’d found out that
his fraternity had placed a bet on who could hook up with me first, I figured I’d be perfectly happy not saying another word to any of them ever again.

My mood was only slightly improved by remembering how my boyfriend, Blake Parker, had landed a pretty brutal punch to the face of
the fraternity’s president.  It had been two weeks — I hoped the black eye hadn’t faded yet.

Ex-boyfriend
, I reminded myself.
Blake was my ex-boyfriend
.  I felt my smile waver.

“So, c
alculus, huh?”  The freshman, Matt, gestured to my book with one hand, his breath visible in the cold air in front of him.

“Yup,” I said,
keeping my tone curt so I didn’t give him an opening.  I pulled the sweatshirt closer to my body, trying to conserve warmth.  I’d spent a week and a half in Los Angeles, and while I’d been gone, winter had arrived in New York.

“You don’t look like the kind of girl who majors in math,” he grinned, looking at me like he expected me to say thank you.  Was that supposed to be a compliment?

“Physics, actually,” I clipped, biting back a smile as his mouth fell open.  “Multivariable calculus is just a prereq.”

That was a total lie.  There was about a ninety percent chance I was going to be an English  major, and physics had been the only course
in all of high school that I’d gotten a B in.  But he didn’t know that.

This conversation was turning into fingernails on a chalkboard.  Why did he sound so surprised?

That was the thing with me, lately.  My face had been splashed across the gossip magazines and the internet so much that people thought they actually knew me.  They thought they’d pegged me in this little caption, The Girl Who Ruined Blake Parker’s Life, and everything else just sort of revolved around that salient fact.

And The Girl Who’d Ruined Blake Parker’s Life was, apparently, not likely to be a physics major.

“I’m headed this way,” I cut him off, gesturing down the path that led to the math and science building.

Matt
opened his mouth like there was something else he wanted to say.  I paused for a second, giving him a confused look.

He shook his head, giving me a little shrug.  “It’s nothing.  I just wanted to say congrats on the YouTube thing.  That’s pretty cool.”

I stared at him blankly.

“Anyway, see you round, I guess.”  Matt shot me a smile and turned down the opposite path, taking him back to the dorms and dining halls.

For a second, I thought about stopping him, about asking him what the heck he was talking about.  But then
I glanced down at my phone — two minutes until class started.  Turning down the path, I picked up my pace, holding my textbook up to my chest to block the freezing wind.

Ten minutes before the end of my class, my cell phone rang.  Feeling my cheeks go bright red, I fumbled to silence the ringer as the rest of the class either snickered or cast me disapproving glances.  Glancing down at the caller ID, I saw my best friend Madison’s name flash across the screen.

Madison didn’t have Friday classes, and Thursday was a big night
out at NYU, so her calling me at 9:40 a.m. meant that either somebody had died or that she’d been up all night.  Either way, I wanted to know about it.

I stared at the clock in the front of the room as the last ten minutes passed, trying my best to take notes on what the professor was saying.

Call you in ten
, I texted to her.

NOW
, she texted back.

Jeez.  Madison was going to be an actress, so she’d always been dramatic, but
this was taking it a little far.  I couldn’t imagine anything that had happened to her last night that couldn’t wait ten minutes to tell me about.

Finally, mercifully, the class ended.  I slammed my book shut and walked out into the hallway,
scrolling to Madison’s number on my phone with one hand.

She answered on the first ring.

“Hey,” I said, trying to keep my voice down.  Ever since the tabloid magazines started to run stories about me, I’d gotten a lot more careful about what other people could overhear me saying in public.

“Are you and Blake back together?” She screamed, nearly hysterical.  I held the phone away from my ear for a second, trying to regain my hearing.

“Did you write a song together?”

I paused, ducking into an empty classroom for privacy.
Blake hadn’t spoken to me since he’d walked out of his house in Los Angeles, even though we were both back at Columbia and in some of the same classes.

But a few days before, I’d been walking on one of the main quads, and saw him sitti
ng by himself, playing guitar… playing a song that he’d played for me only once before.  A song that had stuck in my mind so much that almost without meaning to, I’d written its lyrics.

It wasn’t a love song.  It was about everything that Blake and I had gone through, and where we were headed.  It was an apology, set to music.

So when I heard him playing, I couldn’t help myself.  I started to sing.

I could hear Madison furiously typing in the background, completely distracted.

She paused for a second, taking a breath.  I heard the typing stop.  “Casey, someone posted a video of you and Blake on YouTube.”

I thought of all the people on the lawn that afternoon.  The idea that someone had taken a cell phone video wasn’t exactly shocking.  I leaned my head back about the classroom door, mentally planning the assignments I had to get through this afternoon.  “So?”

I
froze.  While I was sitting in multivariable calculus, two million people had heard that song?

My stomach clenched.  That song was for Blake
— I had been trying to put words to everything that had happened, to get him to forgive me in the only way he could hear.  It wasn’t for two million people.  On YouTube.

I snapped to attention.  “We’ve got to get it down,” I said, mentally outlining my game plan.  Maybe I could find the student who’d put it up?  Maybe I could block it somehow?

I could hear the instant confusion in Madison’s voice.

“Take it down?” She said it like I was speaking a foreign language, like I couldn’t possibly mean what I was saying.  “Why would you want to take it down?”

“Mad, that song was for Blake.  I
basically ripped my heart out and put it on a page.  That wasn’t, like, a commercial release.”

There was sympathy in Madison’s voice when she answered.  “Case, that’s what the best songs do.  You know that.  That’s what you always loved about Blake’s lyrics.”

She paused, like she was debating how to best convince me.
“Case, this is a big deal.  Can you please not shoot yourself in the foot and actually treat it like one?  You just had more people hear your song in twenty-four hours than most bands would get in a year.”  She paused. “I was calling,” I heard the smile in her voice, “to congratulate you.  So, um… congrats?”

The corner of my mouth threatened to smile
.  Maybe she was right.  “Thanks?”

We sat in silence for a second.

“I guess you should probably call Blake.”

I felt my stomach sink.  How was Blake going to react?  He’d barely spoken to me in
weeks, and all of a sudden we had a song on the internet?  He’d gone from selling out concert halls to YouTube?  I sighed.

“Casey,” I could hear the excitement still lingering in Madison’s voice.  “Who knows what this could bring?  This might be a door to somewhere you want to go.  Try to think about it that way.”

“Probably file a lawsuit against YouTube to get your amazing viral video taken down and never heard from again.  Jeez, Case, I swear.  Every instinct you have, you should just do the absolute opposite of it.”

I rolled my eyes
— she was treading on a touchy subject there, but she wasn’t entirely wrong.  My judgment had pretty much gone to hell ever since I’d met the lead guitarist of my favorite band at a coffee shop this summer.

“The
second
you talk to Blake,” she corrected me.

“Talk to you later,” I grinned, and put down the phone.