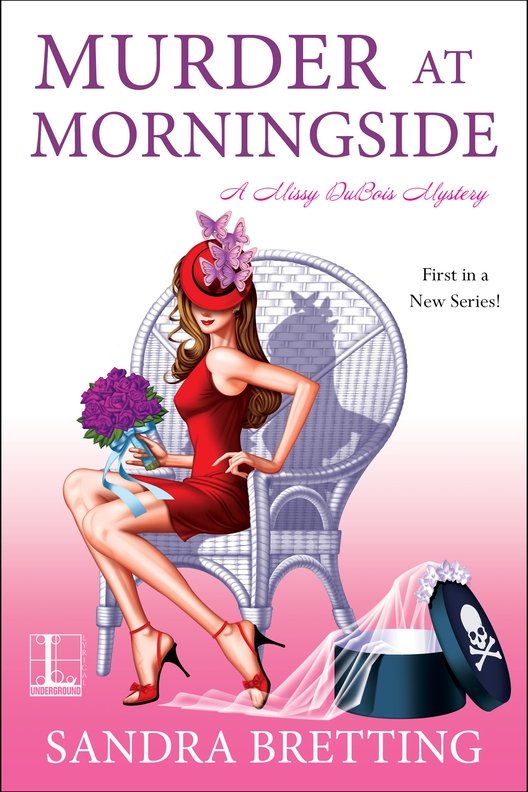 MESSAGE FROM A KILLER
I stepped closer to my hotel-room door. The flower arrangement was more wide than tall, and it spread in front of the kick plate. My eyes had stopped watering, and I paused some twelve feet from the door. The colors were a jumble of greens, golds, and tans. But no cut flower I knew, even a fresh one, shimmered quite like that.
Plus, the arrangement seemed jagged, much too jagged for a professional bouquet. I crept a foot or two closer. Was that a feather sticking out from the top? It
was
a feather, although that didn't make much sense.
I froze. My eyesight had cleared. It wasn't an arrangement of blooms and bulbs, leaves and stems. It was fabric, poking out from a greasy paper grocery sack. It had been left on the ground where I'd be sure to find it.
I forced myself to walk the last few feet to the door. I bent to pluck the feather from the sack. It was a quill, of all things. A pheasant quill, with barbs ripped out at random spots. A quill like the one used in Ivy's Victorian hat.
My fingers released the feather, and it twirled to the floor. Whoever destroyed Ivy's hat must have been angry, because the cuts were jagged, unplanned. They must have found the hat on the front porch, where I'd forgotten it once Lance arrived.
Why would someone destroy her beautiful hat like that? Even smashed, the hat was exquisite and obviously expensive. Now it sat in a ripped grocery sack, a jumble of tulle, ribbon and felt, topped with a bedraggled pheasant quill.
It was a message, obviously. Someone wanted to frighten me. I'd been holding my breath for the past few moments, which I slowly exhaled. If that was the person's goal, they'd accomplished their mission. . .
Murder at Morningside
A Missy DuBois Mystery
Sandra Bretting