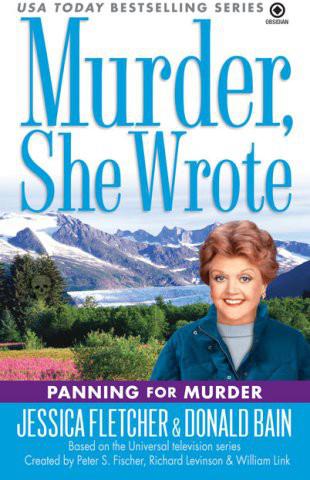 Table of Contents
Title Page
Copyright Page
Dedication
Chapter One
Chapter Two
Chapter Three
Chapter Four
Chapter Five
Chapter Six
Chapter Seven
Chapter Eight
Chapter Nine
Chapter Ten
Chapter Eleven
Chapter Twelve
Chapter Thirteen
Chapter Fourteen
Chapter Fifteen
Chapter Sixteen
Chapter Seventeen
Teaser chapter
“WITH BEST WISHES . . .”
A commotion at the front door caused everyone, including me, to stop what we were doing and look in that direction. I saw Kathy come through the door, followed closely by the disheveled man from outside. The look on my friend’s face was sheer panic. The man shoved her ahead of him, propelling her into a group of people who’d already had their books signed and were chatting. Then I saw what the man carried besides his canvas bag. It was a lethal-looking hunting knife with a very long blade.
“Sir,” I said, “why don’t you put down that knife and—”
“Shut up!”
I obeyed.
He slammed the canvas bag down on the table, sending copies of my books flying in all directions. The hand holding the knife began to shake as he reached inside the bag, withdrew a copy of my new book, and slapped it in front of me.
I know it sounds silly, but the only thing I could think of to say at that moment was, “Would you like me to sign that?”
OTHER BOOKS IN THE
Murder, She Wrote
SERIES
Manhattans & Murder
Rum & Razors
Brandy & Bullets
Martinis & Mayhem
A Deadly Judgment
A Palette for Murder
The Highland Fling Murders
Murder on the
QE2
Murder in Moscow
A Little Yuletide Murder
Murder at the Powderhorn Ranch
Knock ’Em Dead
Gin & Daggers
Trick or Treachery
Blood on the Vine
Murder in a Minor Key
Provence—To Die For
You Bet Your Life
Majoring in Murder
Destination Murder
Dying to Retire
A Vote for Murder
The Maine Mutiny
Margaritas & Murder
A Question of Murder
Three Strikes and You’re Dead
Coffee, Tea, or Murder?
Murder on Parade 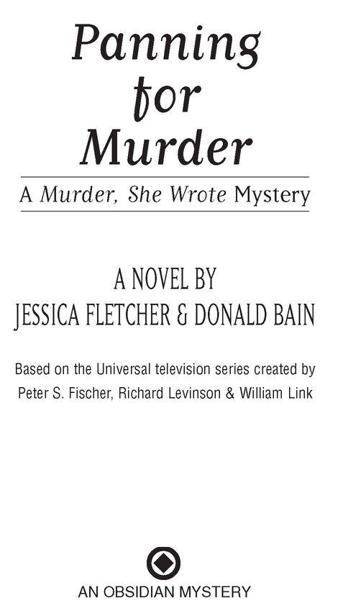 Obsidian
Published by New American Library, a division of
Penguin Group (USA) Inc., 375 Hudson Street, New York, New York 10014, USA
Penguin Group (Canada), 90 Eglinton Avenue East, Suite 700, Toronto,
Ontario M4P 2Y3, Canada (a division of Pearson Penguin Canada Inc.)
Penguin Books Ltd., 80 Strand, London WC2R 0RL, England
Penguin Ireland, 25 St. Stephen’s Green, Dublin 2,
Ireland (a division of Penguin Books Ltd.)
Penguin Group (Australia), 250 Camberwell Road, Camberwell, Victoria 3124,
Australia (a division of Pearson Australia Group Pty. Ltd.)
Penguin Books India Pvt. Ltd., 11 Community Centre, Panchsheel Park,
New Delhi - 110 017, India
Penguin Group (NZ), 67 Apollo Drive, Rosedale, North Shore 0632,
New Zealand (a division of Pearson New Zealand Ltd.)
Penguin Books (South Africa) (Pty.) Ltd., 24 Sturdee Avenue,
Rosebank, Johannesburg 2196, South Africa
Penguin Books Ltd., Registered Offices:
80 Strand, London WC2R 0RL, England
First Obsidian Mass Market Printing, September 2008
Copyright © 2007 Universal Studios Licensing LLLP.
Murder, She Wrote
is a trademark and copyright of Universal Studios. All rights reserved.
OBSIDIAN and logo are trademarks of Penguin Group (USA) Inc.
Without limiting the rights under copyright reserved above, no part of this publication may be reproduced, stored in or introduced into a retrieval system, or transmitted, in any form, or by any means (electronic, mechanical, photocopying, recording, or otherwise), without the prior written permission of both the copyright owner and the above publisher of this book.
PUBLISHER’S NOTE
This is a work of fiction. Names, characters, places, and incidents either are the product of the author’s imagination or are used fictitiously, and any resemblance to actual persons, living or dead, business establishments, events, or locales is entirely coincidental.
The publisher does not have any control over and does not assume any responsibility for author or third-party Web sites or their content.
The scanning, uploading, and distribution of this book via the Internet or via any other means without the permission of the publisher is illegal and punishable by law. Please purchase only authorized electronic editions, and do not participate in or encourage electronic piracy of copyrighted materials. Your support of the author’s rights is appreciated.

For Herbert Schaus III
Authors’ Note
This story is a melding of fact and fiction.
We’ve given the cruise ship on which much of the action takes place a fictitious name—the
Glacial Queen.
But everything that occurs on it reflects what happens on real ships that ply Alaska’s Inner Passage.
The main characters are, of course, figments of our imagination. Any resemblance to living persons is purely coincidental.
However, Thelma Copeland, aka Dolly Arthur, was a very real and colorful person. Dolly was Alaska’s most famous brothel keeper—her former “sporting house” in Ketchikan remains a prime tourist attraction to this day. Her boyfriend, “Lefty,” was also real, although we’ve taken some liberties with how their relationship ended. Both are long dead.
All the Alaskan historical material in the book is accurate, as are the descriptions of the various cities and towns visited by the
Glacial Queen.
Researching the book was a joy, and we urge everyone to make a visit to Alaska part of your future travel plans. It truly is a remarkable place.
Jessica Fletcher
Donald Bain
New York, 2007
Prologue
Weeks Earlier
“You must be beside yourself with worry,” I said.
“I haven’t slept a wink since I received the call from the Alaska state police.”
“She’s disappeared? I mean,
really
disappeared?”
“Yes. At least that’s what the police said. She left the ship in Ketchikan and never returned. They have a system for tracking people who get off the ship to enjoy shore time in the ports. They scan your passenger card when you leave the ship, and again when you return. Their computers show her leaving the
Glacial Queen
at nine thirty in the morning, but she was never scanned as having returned.”
“Maybe their computers made a mistake,” Seth Hazlitt said. My dear friend, and Cabot Cove’s most popular physician, has an inherent mistrust of computers. Whenever he sends something via e-mail, he insists that the recipients confirm that they’ve gotten it. And to my knowledge he’s never once used an ATM. “I prefer, thank you very much, to write checks,” he proudly proclaims, “and to stand in line at the bank to cash them. Besides, you get to know the bank personnel that way. No sense in trying to get to know a machine.”
We were gathered in my living room. It had been a particularly cold late spring, with some days when the temperature barely rose above freezing. I’d made a stew, whipped up a salad, and served a red wine recommended to me by my favorite Cabot Cove wine shop. After dinner, we retreated to my living room, where I had the fireplace going, and I served coffee and tea and a plate of cookies. With me were Seth; Sheriff Mort Metzger and his wife, Maureen; Charlene Sassi, owner of the town’s favorite bakery and the source of the cookies; Michael Cunniff, one of Cabot Cove’s leading attorneys; and Kathy Copeland, a dear friend of many years and the person relating this troublesome tale. She’d received the call about her sister five days earlier and had immediately flown to Alaska to confer with authorities there. She’d returned to Cabot Cove only yesterday.
“I spoke with that officer in Alaska,” Mort said. “They seem like competent fellas.”
“I’m sure they are,” I agreed.
“Very nice and very professional,” Kathy said. “And I appreciate you taking the time to speak with them, Mort.”
“Least I could do,” our sheriff replied.
“Kathy, I don’t want to make light of your concern,” I said, “but your sister, Wilimena, has been known in the past to—well, to disappear for periods of time.”
Kathy sat back in her chair, rolled her eyes, and sighed. “I know, I know,” she said. “Willie has always been a free spirit. There have been times when I wasn’t able to reach her for months at a stretch, but then she’d surface from wherever she’d gone and regale me with tales of her adventures. But this feels different.”
She sat up straight and extended her hands as though to elicit our understanding and agreement with what she was about to say. “There’s no reason for her to leave the ship and not come back. Sure, Willie would take off at the drop of a hat and follow some whim, but not this way. I just know something terrible has happened to her.”
We fell silent as we contemplated what she’d said, and avoided further comment by each of us in turn taking much longer than necessary to choose a cookie from the platter. Mort broke the silence.
“You say you brought back some of her things,” he said to Kathy.
“Yes. The cruise authorities sealed off her cabin and secured all of her personal belongings.”
“Did the Alaskan police examine those things?” I asked.
“Some of them, Jessica. Willie always took along a large envelope in which to keep her receipts from a trip. The police photocopied them for me.”
ADS
15.4Mb size Format: txt, pdf, ePub