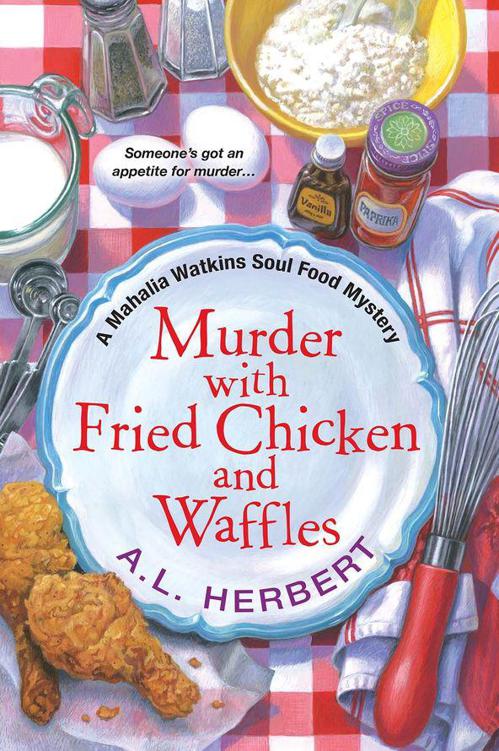 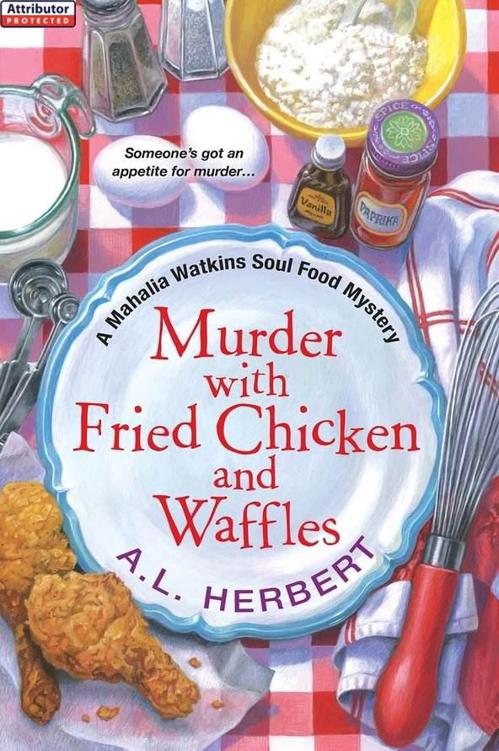 Advance praise for
MURDER WITH FRIED CHICKEN AND WAFFLES!
“I loved following the antics of soul food restauranteur Halia Watkins and her outrageously funny cousin Wavonne as they scramble to find the killer in this terrific debut mystery. Great characters. Clever story line. All this, and recipes, too. Can’t wait for second helpings in this series!”
—Laura Levine, author of
Killing Cupid
“A.L. Herbert serves up some tasty recipes along with a delicious mystery in
Murder with Fried Chicken and Waffles
and I can’t wait for second and third helpings of this scrumptious soul food mystery series featuring the irresistible, sassy, and completely enchanting Mahalia Watkins.”
—Leslie Meier, author of
French Pastry Murder
“Murder with a side of soul food is a winning combination in this delicious cozy.”
—Lee Hollis, author of
Death of a Chocoholic
“From my first taste
of Murder with Fried Chicken and Waffles,
I knew this was a book I’d want to overindulge in. The characters are real and unique, the plot will keep you guessing, and the foodie theme adds some delicious flavor. A.L. Herbert has cooked up a real winner!”
—Diane Kelly, author of
Death, Taxes, and Green Tea Ice Cream
Murder with Fried Chicken and Waffles
A Mahalia Watkins Soul Food Mystery
A. L. HERBERT