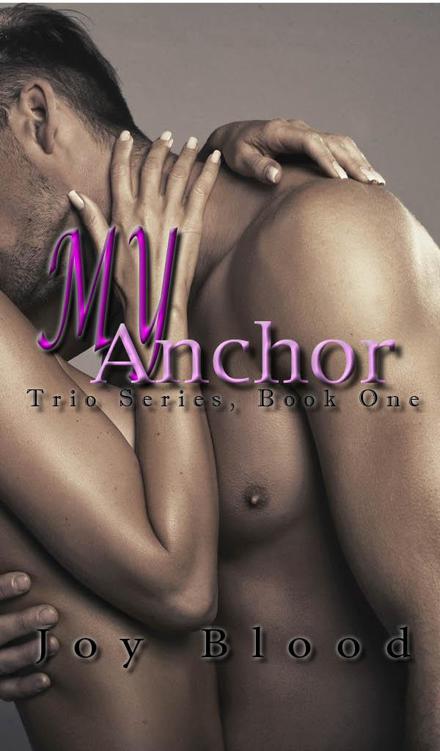 This book is for anyone who has a dream. Go out and get it!

just by taking the time to read it. Thank You!

“Linn, are you ready?” Shana yells to me, always in a hurry.

“Yes, just a sec. You know how long it takes to put my face on! Stop rushing me woman!” I call back from the bathroom. I make the ‘mascara face’ and apply the last of the mask. Yes, my mask.

“You look hot girl.” She says rounding the corner leaning on the door jam. She is wearing her typical outfit, something black. Today she has on dark wash jeans, a black t-shirt that says ‘not today’, her favorite worn out black leather jacket and her scuffed black boots. All more than likely from a second-hand store, she refuses to get her clothes from anywhere other than thrift shops and yard sales.

Shana, Cristal, and I have finally moved to Missoula like we had always planned to. I met Shana first when we were in sixth grade and Cristal when we were in eighth grade we have been through it all puberty, boys, heartbreak, and also death. We don't talk too much about the last one.

“Where’s Chris?” I ask her referring to our third counterpart.

“Who knows? Said she will meet us there. She better not flake or I’ll beat her ass.” That makes me laugh. They are always at each other's throats. Shana, I think does it more to get a rise out of Cristal. She has always been the instigator in everything. My junior year, their senior, she got us all suspended from school for protesting the prom queen candidates. She was pissed that I hadn't gotten nominated for prom queen, well if we are being honest I was a little pissed too. The class president Heidie McBride was mad at me for sleeping with her ex-boyfriend so she got me blackballed from the candidate list. They were broke up so really who was I hurting? Well, long story short Shana being Shana got followers, made signs, and we paraded through the cafeteria. We probably would have only gotten detention if our signs hadn't said ‘Heidie is a bitch baby’ not very clever but it got the point across. Our parents weren’t too impressed. Well, I think mine was more pissed that I was going to be in his presence for a week and not away at school. Luckily we still were able to go to prom, in hindsight I wish we would have been banned from the stupid dance.

We walk to Shana’s car. An Audi A4 and yes it’s black. She is the only one out of the three of us that owns a car thanks to her rich daddy, who is also fronting the bill for our apartment. He is some fancy lawyer that lives in California. She really wants for nothing and could probably get him to buy us all a car if she wanted to. I guess it is his way of trying to make up for being an absent dad but that is her story to tell. It is really a joint car anyway, she lends it out to us whenever we need it. Well a little reluctantly to Cristal, she has a little problem with depth perception. Though she would argue otherwise.

“How did it go today?” I ask her referring to brunch with the family, her mom, Rita, stepdad, John, and her three stepbrothers. Jack and James, the twins and Kyle, the oldest. I’ve only seen the twins and they are hot. Just saying, and she really hates it when I ‘just say’.

“Oh, you know mom. You have another piercing? Why don't you let your hair go back to its true color?” She says in a prissy tone reserved only for imitating her mother. “Or my all time favorite. ‘If you stop wearing so much black maybe you could attract a decent man.’ Same ole’ nagging mother. Not much has changed.” She shrugs. “Oh but I do have news, Jack is getting married, met the lucky bitch today. She looks like Malibu Barbie. Not even kidding Linnie she had the whitest teeth I have ever seen.” I laugh at her.

“Sounds like someone who your mother would approve of,” I say and she rolls her eyes.

“You have no idea, she was so far up her ass Barbie could probably taste mom’s expensive ass hair spray.”

We laugh and make fun of Barbie the rest of the way to Unchained, a popular bar that has a live band every Saturday night. We have been here a week getting settled in and heard around campus that this was the place to go. So after some scavenging we acquired a fake ID for myself since I'm the only one not yet twenty-one. Cristal and Shana turned 21 a month ago. Lucky me I have to wait a whole year, Well eight months to be exact.

When they graduated Cristal stayed behind and Shana came here since her mom had already been living in Missoula the year before that. When I did graduate I still wasn't able to get to Missoula due to missing the registration date, long shitty story. I moved in with Cristal and her mom Brinn when I was able to get away from my dad. He wouldn't let me leave until I was no longer a minor, not wanting to give up his maid service. Maid service being me.

“Oh, there she is,” Shana says as we drive by Cristal to find a parking space. “See we should have left earlier there is no place close to park.” She wines at me.

“We can walk quit complaining. Look there is one right there.” I point one out and she grumbles about having to walk so far and parks the car. A quick look in the mirror to give myself one quick assessment and I get out of the car.

“What took you guys so long? I’ve been waiting for you for forever!” Cristal’s says in her ‘yelling’ voice which really isn't much of a yelling voice the girl probably hasn't raised her voice to a thing. She is very soft spoken and really kind of a pushover. She is wearing a light blue summer dress paired with a white cardigan, her white blond waist length hair is in her regular bun and her makeup is minimal if she even has any on. She really doesn't need to wear any she has that classic beautiful face.

“Oh, you know her,” Shana says while pointing at me with her thumb over her shoulder. “She can’t go anywhere without a gallon of makeup on.” I roll my eyes at her.

“Whatever, a girl has her vices. Makeup just happens to be one of mine. Takes a lot of work to look this good.” I say waving my hand in front of my face and popping my hip to the side with a smile.

“You are beautiful just the way you are.” This coming from Cristal.

“Thank you Cris, but not all of us have that ‘gorgeous with no makeup’ gene,” I say to her.

“Alright you two we don't have time for this shit, we are all fucking knockouts, now let's go get drunk while ogling hot guys playing guitars and shit. Sound good to you?” Laughing at Shana we both nod and head toward the front to get into the bar. Hopefully, my fake ID holds up tonight I really could use a drink.

I must have been showing enough cleavage because the bouncer barely glanced at my ID. Now three shots later we are jamming out to a rock band called Slasher or something. I really didn't catch their name but I did see that their drummer is extremely hot. We are in front of the stage and I have been making eyes at the guy all night. I know he sees me cause he winked at me right before their break. I could use a little bit of him tonight. Yes, I maybe sleep around a little but I'm young and I like to have fun.

“Would you two be pissed if I caught up with you later?” I ask them.

“Seriously Linnie? You have to hook up already? We have only been here a week!” Shana scolds me.

“You saw the guy, didn't you? Don't tell me you wouldn't jump on that.” Shana always gives me shit for hooking up.

“So, I don't care how hot he is you don't need to ditch us already.”

“Glad you understand.” I smile and kiss her cheek then kiss Cristal’s. “Love you bitches wish me luck and don't wait up.” I wink and start toward the sexy drummer who has taken a seat at the bar. I faintly hear Shana drop a few F-bombs in my favor but I keep going. Not like this hasn't happened before, they understand but usually don't approve. They will get over it. They always do.

“Shot of Seven please,” I say to the bartender as I take a surprisingly vacant seat right next to hot drummer boy.

“Put it on my tab Glenn.” Drummer boy says.
Hook
. “Thank you.” I smile and give him a sideways look through my lashes. Guys always eat that shit up, the shy yet sexy thing. Gotta have their sweet girl with a little vixen mixed in.

“I'm Clay.” He says taking a sip of his beer. My shot is placed in front of me and I salute him then toss it back feeling the burn down my throat. I am just the right amount of buzzed and this just might take me to that carefree place. “Linn,” I say while swiping my thumb under my bottom lip. His eyes zero in on the action.
Line
. “You from around here Linn?”

“Nope.” He nods his head and continues to sip his beer. I run my hand through my hair and pull it to one side so his eyes are drawn to my neck, then turn to him slightly, giving him a good view of my boobs from above. My red shirt shows them off just enough and my black lace bra pushes them up giving me cleavage worthy of a Victoria’s Secret model. “Well, you want to get out of here Linn? My place is only a block away.” And
Sinker
.

Six and a Half Deadly Sins by Colin Cotterill
Liberation (I Am Margaret Book 3) by Corinna Turner
Hidden Scars by Amanda K. Byrne
The First Technomancer by Rodney C. Johnson
The Journey to the East by Hermann Hesse
In the Shadow of Blackbirds by Winters, Cat
The Twelfth Imam by Joel C.Rosenberg
Out of control by John Dysart
As Darkness Gathers (Dark Betrayals Book 2) by Emma Elliot
Serpent Never Sleeps by Scott O'Dell