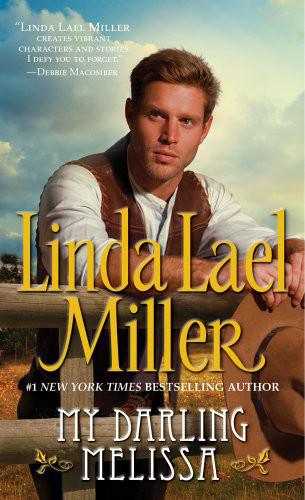 LOOK FOR THESE THRILLING NOVELS BY

LILY AND THE MAJOR

EMMA AND THE OUTLAW

CAROLINE AND THE RAIDER

AND DON’T MISS HER NEXT
EXHILARATING TIME-TRAVEL ROMANCE

Captives in a War
of
Hearts …

Melissa and Quinn just stood there in the railroad car, staring at each other.

Melissa recovered first. “Well,” she said, with a brave lift of her chin, “I’m off to make a name for myself.”

Quinn’s hands were strong on Melissa’s shoulders. “You don’t need to prove anything to anyone. Go home, little one.”

Anger flared in Quinn’s brown eyes. Just then, the train stopped, hurling Melissa and Quinn onto the wide bed.

Melissa was breathless, but Quinn rolled onto his side laughing, to look down into Melissa’s face. As his gaze swept her features, however, his expression turned somber.

“Damn,” he muttered, and then his mouth descended to Melissa’s, with the utmost reluctance … 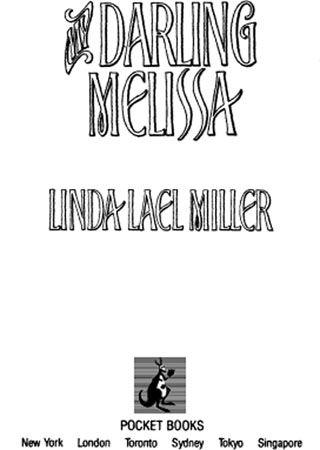 POCKET and colophon are registered trademarks of Simon & Schuster Inc.

Over the last few years many of you have written to ask for a book about Melissa Corbin. Well, here it is! I hope you enjoy reading Melissa and Quinn’s story as much as I enjoyed writing it. All of Melissa’s brothers and their wives appear in the novel and, for those of you who asked, there’s even a romance for Katherine.

I’d like to take this opportunity to thank each and every one of you for the encouraging letters you’ve written. What you want in a story matters, and I am always ready to listen, so please write me, if the spirit moves you, at the address below. You will automatically receive my newsletters after that.

My next story, coming soon from Pocket Books, will be
LILY AND THE MAJOR,
the start of my Orphan Train Trilogy. It’s a project that excites me tremendously, and I hope you’ll be watching for it.

She appeared out of a driving rain, a spirit of the storm, clutching the skirts of her billowing white wedding dress in her hands and running for all she was worth. A circlet of bedraggled flowers graced her dark hair, which hung in sodden ropes to her waist. Her gown was most definitely ruined, and her dainty slippers were muddy and wet.

Quinn Rafferty stood fascinated on the platform of his private railroad car, heedless of the rain and the keening of the train whistle that signaled imminent departure. The nymph had gained the tracks now and was charging toward him.

Quite a lot of her trim but womanly bosom was visible from Quinn’s vantage point, and he was charmed. When the train lurched into motion and began to clatter and clank he saw the bride set her beautiful jaw and burst into even greater speed.

“Damn you, h-help me!” she gasped, holding up one hand.

Quinn was stunned to realize that she’d actually caught
up to the train. Like a man moving in a dream he reached down, gained a hold on her, and hauled her aboard.

Her small, nubile body slammed against Quinn’s, and although the impact was slight, for a moment he was as breathless as though he’d been buried alive in a high-country snowslide.

The sprite was spitting mad and panting from her flight and her fury. Her azure eyes snapped. Quinn recovered himself enough to grin and tip the brim of his hat with insolent good manners. He allowed his gaze to slide down over her, and again he had that sensation of being crushed beneath some invisible, elemental substance.

“This is so sudden,” he quipped, to hide his distress at being so violently affected by this little snippet of a girl in a muddy wedding dress and a crown of drooping petunias.

She was looking back on the town of Port Hastings now, a certain dismay in her round eyes. A flock of disgruntled wedding guests had gathered at the tracks, peering after her through the drizzle, shouting and waving their arms.