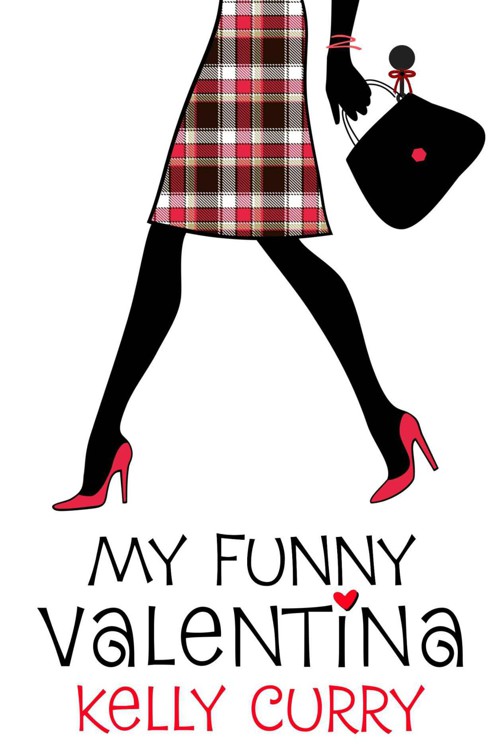 A
Short, Sweet and Scintillating Novella

This is a work of fiction. Names, characters, places, brands, media, and incidents
are either the product of the author's imagination or used fictitiously. Any resemblance to actual events, locales, or persons, living or dead, is entirely coincidental. The author acknowledges the trademarked status and trademark owners of various products referenced in this work of fiction, which have been used without permission. The publication/use of these trademarks is not authorized, associated with, or sponsored by the trademark owners. Copyright © 2013 by Kelly Curry.  All rights reserved.  No part of this book may be reproduced, scanned or distributed in any printed or electronic form without permission.  Please do not participate in or encourage piracy of copyrighted materials in violation of the author’s rights. This work is protected by a copyright that will be vigorously defended.

Other e-books available by Kelly Curry:

For my sisters, who always provide a soft place to
fall.

Stash
Karas directed a lazy salute at the parking attendant in the booth, who sported a red rosebud in honor of the day tucked with jaunty flair through a buttonhole of his uniform.  Zipping beneath the rising gate, Stash neatly slotted his car in a prime designated spot in the parking lot located mere steps away from the towering office building also bearing his name.

‘
Valentine’s Day,’ he repeated the man’s words in a low derisive tone, swiping up his laptop case from the empty passenger seat next to him
.

A
holiday dreamt up by greedy florists and purple prose writers.

Climbing with lithe ease from the dangerously low-slung sports car currently named ‘Most Coveted’ by all the top car magazines, he flicked a contemptuous look at the line of anxious men crowding into the flower shop across the street, another line scurrying out clutching overflowing bouquets of red roses and heart-shaped boxes of chocolates in their arms.

Imagining
themselves in ‘love’ just because the calendar read February fourteenth.

His
throaty bark of cynical laughter as he pushed through the revolving doors, caught the attention of the receptionist almost hidden behind a dozen more of the ubiquitous long-stemmed red roses planted square in front on the carved ebony slab of a desk dominating the lobby.

‘
Happy Valentine’s Day, Mr. Karas!’ A head with fuchsia-tinted hair – a color choice Stash prayed fervently was a temporary 24-hour tinge – peeked around the crystal vase to twitter the cheery greeting.   ‘Your secretary’s been calling down every few minutes to see if you’ve arrived yet,’ she advised, lowering her voice to add in a conspiratorial tone, ‘she sounds
very
upset.’

Stash
gave an absent nod not breaking stride on his way to the elevator bank.  ‘It’s not like Evelyn to be rattled by
anything,’
he mused to himself as the elevator doors slid shut.  While the cab zoomed upward, he whipped out his phone scanning quickly through the day’s schedule.  Wondering what could have perturbed his unflappable assistant.

Le
t’s see...
Stash scrolled down through the items noted with his usual meticulous detail in his calendar.  There was a meeting later this morning with community leaders to discuss the new business centre planned in an underdeveloped area of the city.
No problem there.
A catered lunch with his business partners in the glass-walled conference room on the top floor with its stunning views of Chicago’s magnificent skyline to which he’d contributed a building or two of his own.
Nope, nothing there either.
Just a normal, very busy day at the commercial development and construction firm he’d started six years ago.

The elevator door
s opened and Stash stepped out, moving with a natural pantherish grace through the plush, well-appointed space of the Executive Offices, footsteps swallowed by the jeweled-toned Oriental rug covering the marble floor. ‘Good morning.’ Imparting greetings left and right, he instantly became the cynosure of attention of all the flowerless cubicle dwellers who, unbeknownst to him, joyfully awaited this moment each morning.  There was a chorus of longing sighs as wistful eyes drifted after their gorgeous boss as he passed by with chiseled jaw line freshly shaven emanating an intoxicating whiff of a panty-dropping cologne.

The
perfect male specimen clad in a perfectly tailored Italian suit,
was the murmured unanimous consensus of his rapt viewing audience.

Reaching
the spacious corner office with gold nameplate –
Anastasio Karas
– affixed to the door, Stash’s hand lowered for the doorknob.  He hurriedly stepped back as the door suddenly cracked open a few inches, his assistant wriggling her way out pulling it firmly closed behind her.

‘
And good morning to you too, Evelyn.  Er…mind telling me what’s going on?’ Stash drawled with indulgent amusement. ‘Why are you guarding the door to my office like it was Fort Knox?’

Evelyn seemed
uncharacteristically reticent and Stash began to get very concerned looking her over.  His efficient assistant was, he quickly determined, a…
mess!
Her more salt-than-pepper hair was in an almost comical state of disarray – as though she’d been running frantic fingers through it, her usual tidy bun completely collapsed.  A stain that looked very much like…
a dribbling of milk
…decorated the shoulder of her crisp navy suit jacket, Stash puzzled.  And her modest, knee-length pencil skirt was twisted all askew.  But what concerned him the most was the harried look in her eyes behind her bi-focaled lenses that he’d
never
seen before.

He frowned.
‘Is there someone in my office, Evelyn?’

‘
Stash, let’s talk first…
in private
,’ she added sotto voce, a model of discretion as always.

‘
Fine.’ He reached again for the doorknob but her hasty hand on his halted him.

Stash’s head jerked up
, black brows nearly snapping together.  Something was
very
wrong and he had no patience for games.  ‘Okay – out with it, Ev.  What the hell
is in my office that you don’t want me to see?’

Evelyn hesitated
, teeth worrying at her bottom lip.  ‘Val was here,’ she began in a halting cadence, ‘early this morning. She’s left you...
something
…only temporarily she said…’

Stash
stiffened.
Val was here?
A prickle of perspiration trickled down his spine.  Val, whom he’d not seen, nor heard from in an entire year?

Hard to believe
it has been that long.

Once
he’d thought he wouldn’t be able to
breathe
if her stunning face wasn’t on the pillow beside his each morning.  Had hardened instantly at the raspy purr of her voice caressing over his name in the midnight hours.  Deliciously drawing out each syllable.

Had
melted to her husky laughter in his ear in their marathon phone calls to each other.  Neither one of them ever wanting to be the first to hang up.
You hang up first – no, you...

Further u
nwanted memories flickered to life of a previous Valentine’s Day – four years ago now.  Kaleidoscopic images shifting through his mind, all set in a suburban department store – one of the first major projects his firm had constructed.  He’d been undertaking a final walk-through on opening day.  Tense and nervous.  Making sure for the ninth, then tenth time that all was in order.  She’d been the
Scintillating
perfume girl – ambushing unwary customers in the store aisles trying to entice them to buy a bottle for their special Valentine.

And
the name of that perfume suited you perfectly.
He’d whispered the compliment in a tender murmur in her ear whenever they’d reminisced about their first meeting.  Recalling together with fond amusement how Stash had been so involved in checking things off his clipboard, he hadn’t even noticed her until it was too late.  When he’d turned suddenly in her direction – a wayward spray of the scent she’d just squirted blinded him, and he’d stumbled backwards, arms akimbo, taking down a display of lacy lingerie.  She’d gone down with him.  Trying to save him – and they’d both come up laughing.  And hadn’t stopped for three years.

Until
the laughter had faded to a cold, frosty silence.

She fell for the oldest trick in the book
; following his pointed finger distracted, then whooshing three feet up in the air before Stash set her back down.  Out of his way.  Grasping the doorknob in his hand, he flung wide the door, striding into his office and freezing in shock.  Staring slack-jawed at a stroller parked by his desk with a baby inside.  He’d seen a lot of babies but this one, Stash realized instantly, was
unusually
beautiful with a head full of glossy jet-black curls – just like his if not restrained by a weekly haircut.  Big, long-lashed eyes.

J
ust like Val’s.
And she even had her kewpie-doll red mouth as well.

Evelyn brushed past
his frozen form to lift the cooing baby in her arms as Stash swallowed down a boulder the size of Mount Rushmore.  His voice when it emerged sounded rusty and brand new all at the same time. ‘Get Valentina on the line.’

Sighing,
Evelyn headed for the door pausing only to gently place the baby in Stash’s unsuspecting arms on her way out.  His eyes dropped down meeting a pair of a wide sparkling green.  Mile long black lashes fluttered up at him, a smile dimpled craters into two chubby cheeks, and just like that – Stash Karas fell in ‘
love’
– on Valentine’s Day.

‘VAL, I REALLY
cannot believe you just had a baby
three
months ago!’

‘
Trust me, neither can I, Kandi,’ Valentina Karas née Vincetti, murmured to the stylist fussily adjusting the straps of the scandalously brief top to the leopard-print bikini she wore.  Designed to showcase the widest expanse possible of an enviably toned, flat torso.

It had indeed been a shock to her – the biggest shock of her life when she’d discovered she was pregnant.  A new life entering the world…just as her marriage was in its final plummeting death spiral, Valentina thought with familiar pangs of sadness.