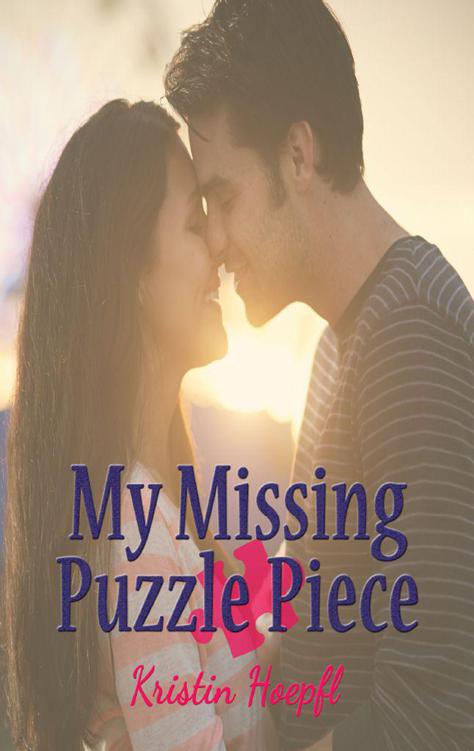 No Part of this publication in any form may be reproduced or transmitted without written consent from the author. The scanning, uploading, and electronic sharing of any part of this book without the permission of the author is unlawful piracy and theft of the author’s intellectual property. This book is a work of fiction. Names, characters, and incidents are a product of the author’s imagination or are used fictitiously. Any resemblance to actual events or individuals is coincidental.

This is to everyone who ever had a dream. Dreams do come true, believe in the impossible.

This book goes out to the women who always thought they blended in with the background or weren’t seen when it came to men; everyone deserves their happily ever after.

Thanks to my family and friends and to my special cheerleaders. I want to thank everyone who helped me on this journey, allowing me to bounce ideas off you and listening to me go on and on about the plot and characters. I appreciate you all. Thanks to Got It Covered Book Designs for my amazing cover. I want to give special thanks to a few people who really went out of their way to give me feedback and advice, my Mom, Aunt, my editor, SJC, and a fellow author, MK. Here’s to the next chapter…..

lle Davis was jolted from her thoughts by a sharp snapping sound; she blinked and saw her best friend and business partner, Taylor Dugan, standing in front of her. “Where were you just now?” Taylor asked as she stepped back from Elle’s desk.

“Just lost in thought,” Elle replied. She couldn’t say where her thoughts were or whom they were about--even if Taylor was her best friend. She went on so much about Trevor Cavanaugh before, she couldn’t start that again; she didn’t even have a reason to think about him again. Well except for the fact that she wanted him. Still. Elle shook her head and asked, “What’s up?”

Taylor arched her brow in an unasked question before she started, “Do you remember the Burners Corporation from a few months ago? We worked with their Public Relations department to get some brand recognition out there to customers.”

“Sure, what about them?” Elle asked.

“Well apparently the CEO left the company for another job, and when they were looking through his files to get things in order, they saw he embezzled some money from the company. He had taken almost fifty thousand dollars. Almost every executive has called here in the past half hour, so it looks like we’re up.”

“I guess we are. Are we going to see them now or tomorrow morning?”

“They said today, well actually they said how about yesterday. They want us to find out if anyone else was involved. Also, they need a plan in case this goes public. If not they want to issue a statement and get ahead of the story. But, they also want to reassure their employees and current customers that everything is being handled. Finally, they need help selecting a new CEO or deciding who to promote from within if they go that route.” Taylor said and added, “They said the sooner we get there the better. Let’s move.”

“Okay, let me grab my stuff and we can get going.” Elle said as she stood from her desk and started gathering her things.

“Good, I told them we’d be there in the next hour or so.”

“It should only take about forty-five minutes, we’ll have to go to the corporate offices but they’re not downtown, so we won’t have to drive all the way into the city.”

Taylor just shrugged, “I forgot about their new office.”

“Call Dan if you don’t mind, tell him the situation and see if he can meet us tomorrow morning. You were right, we might need to keep him on retainer as a private investigator, if we keep getting clients with situations like this one.” Elle said, her mind going a mile a minute.

Later, that day Elle sat at her desk staring at the notes she had written from the meeting this morning. She suddenly realized she had been staring at them for the past twenty minutes. Her thoughts had drifted, back to
Trevor Cavanaugh, the type of guy she always fell for but who never saw her remotely the same way. She knew this type of man well; handsome, extroverted, self-confident and always her type. The problem was she was never
their
type. Her last boyfriend fit the description, and she’d thought he would be different, she should have guessed how
that
would turn out.

Trevor was 6’2”, he had short, dark brown hair and navy blue eyes, like the night sky after sunset but before it turned pitch black, his skin was light olive. A client of hers from a few months back, he owned his own business, C & C Landscaping. He hired her to help him re-boot his business plan, which didn’t include the growth his company had made. She helped him re-brand his company image, develop a new advertising campaign, hire new employees, create a new employee package, and added various incentives for the ones who were topnotch and for ones who needed to be better. The new plan included present and future goals, and how to achieve them, along with how to build new clients and keep the ones he had.

Her company, Creekside Consulting, was a small Human Resources and Public Relations consulting firm that helped companies post jobs and fill positions, but they went deeper than most public relations’ firms. Creekside conducted the entire interview process, worked with employees to help them do their jobs correctly, by offering incentives, and going in when issues arose with those employees. She also helped companies create or re-work their business plan, brand or re-brand their image to attract more customers and build a positive
image. Or help them make a comeback after something negative about the company became public. Be it clients, employees or both, she was in charge of damage control. She had clients who owned various sized businesses and corporations as well. The company was taking off and busier than ever thanks to referrals from her clients. Elle was so excited that so many wanted her help. Skype and email made it easier to work with a client who lived far away or in another time zone. She never would have thought they would be this busy, she was so excited about it and eager to see what came next.

When Trevor and Elle had finished working together a few months back, Elle didn’t think she’d see Trevor again because they hadn’t run into each other since, even though they both lived and worked in Creekside Falls, Pennsylvania. The name is ironic since there isn’t any type of waterfall-- that isn’t on a fountain -- anywhere in town, nor was there a creek that Elle had ever seen. The town is about thirty-five miles outside of Philadelphia with a population of around twelve thousand. There is a small town-square, a few strip malls, one indoor mall, a movie theater, enough restaurants to satisfy most tastes, the local grade schools and a community college, various businesses and the typical selection of neighborhoods. The town was very picturesque, like it had been created on a movie set.

The small and medium sized businesses, like Elle and Trevor’s, were closer to the center of town whereas the larger ones were more on the outskirts, so they could be near the surrounding towns and closer to the city. Elle always thought of Creekside as the perfect place to
live and was never able to see herself living anywhere else, for her it was home.

Elle thought back to the first time that she met Trevor, it was probably a little over a year ago. She was coming out of a lunch meeting with a client at a hotel restaurant located in the center of town. She was looking down at her phone reading an email when she literally bumped into someone. When she looked up she was face-to-face with deep blue eyes, surrounded by dark hair and a man’s smile that could light up any room he was in and steal a woman’s heart in minutes.

Trevor looked down at her and said, “It’s okay and I’m fine. Are you okay?”

“I’m fine.” She looked at her arm and noticed his hand there keeping her upright. He noticed at the same moment.

He removed his hand from her arm and stuck it out and said, “I’m Trevor Cavanaugh by the way.”

“I’m Elle Davis, nice to meet you.” Elle said as she shook hands with him.

“Nice to meet you too.” He paused for a second as if he was thinking, “Do I know you from somewhere? You look familiar,” Trevor said looking like he was trying to remember how he knew her.

“I don’t think we’ve met before but you do look familiar to me too.” Elle said, racking her brain to figure out how she knew him, but knowing there was no way to forget a man like Trevor Cavanaugh.

A minute went by before Trevor said, “I know! You were at that Business Owners’ in the Community dinner a few months ago weren’t you? You have the HR/PR consulting firm right?”

“I was there and yep that’s me. Wait, I remember you, you have the landscaping business, right?” Elle said feeling her cheeks go pink at the thought of him remembering her of all people.

“Guilty.” Trevor said with a smile.

Elle glanced down at her phone and saw the time. “I have another meeting to get to; it was nice to see you again and to officially meet you this time.” She pulled out a business card and handed it to him. “In case you ever need anything, call me.”

“Nice to see you again too. Thanks.” He took her business card and gave her one of his and said, “in case you ever need anything done.”

The Corporal's Wife (2013) by Gerald Seymour
Sweet Stranger (Sweet Series Book 1) by Opal Rai
Carmilla by Joseph Sheridan Le Fanu
The Amistad Rebellion by Marcus Rediker
Fish Out of Water by Amy Lane
Fletcher's Woman by Linda Lael Miller
Flash Gordon 3 - The Space Circus by Alex Raymond
On Chesil Beach by Ian McEwan
The Truth About Luck: What I Learned on My Road Trip with Grandma by Iain Reid
Hometown by Marsha Qualey