Read My Sister, My Love Online

My Sister, My Love 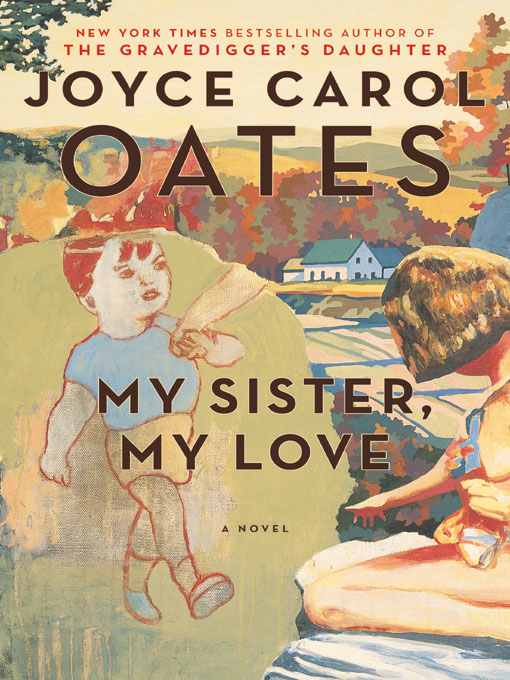 The Intimate Story of Skyler Rampike

The death of a beautiful girl-child of no more than ten years of age is, unquestionably, the most poetical topic in the world.

VI.
Pilgrimage to Hell, and Back

Other Books by Joyce Carol Oates 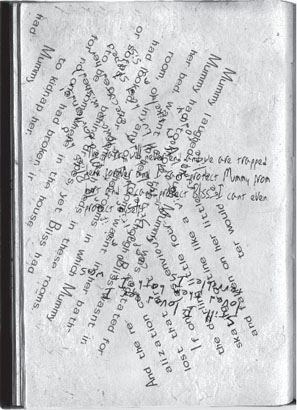 Though
My Sister, My Love: The Intimate Story of Skyler Rampike
has its genesis in a notorious American “true crime mystery” of the late twentieth century, it is a work of the imagination solely and lays no claim to representing actual persons, places, or historical events. This includes all characters in the Rampike family, their legal counsel, and their friends. Nor is its depiction of “Tabloid Hell” intended to be a literal depiction of media response to the crime.

You do not belong here.

MY SISTER, MY LOVE

SKYLER HELP ME SKYLER I AM SO LONELY IN THIS PLACE SKYLER I AM
so afraid I hurt so Skyler you won’t leave me in this terrible place will you Skyler?

This child-voice in my head.

Me, I’m the “surviving” child of an infamous American family but probably after almost ten years you won’t remember me: Skyler.

It
is
a catchy name isn’t it?
Skyler: sky.

A name specifically chosen by my father, who’d expected great things from me, as his firstborn child, and male.

A name, my father Bix Rampike believed, to set its bearer apart from the merely commonplace.

My last name—“Rampike”—has caused your eyelids to flutter, right?
Ram
-
pike.
Of which, unless you’re willfully obtuse, or pretending to be “above it all” (i.e., the ravaged earth of tabloid America), or mentally impaired, or really young, you’ve certainly heard.

Rampike? That family? The little girl skater, the one who was
…

And whoever did it, never
…

The parents, or a sex maniac, or
…

Somewhere in New Jersey, years ago, has to be at least a decade
…

Which is why—at last!—I’ve made myself begin whatever this will be, some kind of personal document—a “unique personal document”—not a mere memoir but (maybe) a confession. (Since in some quarters Skyler Rampike is a
murder suspect
you’d think that I have plenty to confess, wouldn’t you?) Fittingly, this document will not be chronological/linear but will follow a pathway of free association organized by an unswerving (if undetectable) interior logic: unliterary, unpretentious, disarmingly crude-amateur, guilt-ridden, appropriate to the “survivor” who abandoned his six-year-old sister to her “fate” sometime in the “wee hours” of
January 29, 1997, in our home in Fair Hills, New Jersey.
Yes I am that Rampike.

The older brother of the most famous six-year-old in the history of the United States if not all of North America if not all of the world for consider: how many six-year-olds you’ve ever heard of, girl or boy, American or otherwise, have such name and face “recognition” as Bliss Rampike; how many have more than 500,000 citations on the Internet; and how many are immortalized by more than three hundred Web sites/home pages/blogs maintained by loyal/crazed cultists? These are facts.

Irony is, this celebrity, which the parents of virtually every six-year-old in the country would die for, came to my sister only posthumously.

As for me, Skyler? Anonymous and forgettable as a soap bubble. O.K.: a weird-looking soap bubble. If you’ve followed the Bliss Rampike case, most likely you’ve only glimpsed Skyler in passing. The brother has been ignored in your haste to ogle, with prim-disapproving frowns, the prurient documents posted on the Internet, pirated Rampike family photos, illicitly acquired crime-scene photos and morgue photos and autopsy reports in addition to a seemingly inexhaustible supply of video footage of Bliss Rampike at the peak of her brief-but-dazzling career as the “youngest-ever” Little Miss Jersey Ice Princess 1996, skating to triumph on the cold-glittering ice rink of the Newark War Memorial Center. How “like an angel” in a strawberry-colored satin-and-sequin skating costume with a perky tulle skirt and white lace panties peeking out from beneath and tiny sparks—“stardust”—in the beautiful little girl’s ringleted blond hair as in her widened moist eyes, you feel your heart clench watching her, the small child alone on the ice, a chill lunar landscape glittering beneath her flashing skate blades, ah! there’s a leap that brings a collective gasp from the audience, there’s a spin on two skates, and now a spin on a single skate, these are tricky maneuvers even for older, champion skaters, these are precisely timed maneuvers in which the slightest hesitation or faltering or wincing-with-pain would be disastrous, and though you have seen this footage numberless times (if your misfortune is to be me, Skyler Rampike, that is), yet you break out in the proverbial cold sweat staring at the little girl on the ice, praying that she won’t slip and fall on the ice…But Bliss’s score will be posted at 5.9 out of a possible 6.

And all this to the soft-rock disco beat of the 1980s, “Do What Feels Right.”

(ANY FELLOW/SISTER SUFFERERS OF R.C.S.
*
AMONG MY READERS? IF SO,
you will sympathize with my helpless need to repeat, re-view, and re-vise certain episodes from my past/my sister’s past
ad nauseam.
)

AT THE FRENZIED HEIGHT OF MY FAMILY’S FAME/INFAMY IN THE APPROXIMATE
years 1997–1999, you could hardly avoid seeing heartrending photographs of the “prodigy” girl skater who’d been murdered in her own home in an affluent New Jersey community less than eighty miles west of the George Washington Bridge. You could hardly avoid seeing photographs of the little girl with her family, particularly the media favorite taken just before Christmas 1996 of the Rampikes seated before the ten-foot extravagantly decorated fir tree in the living room of their Fair Hills, New Jersey, “part-restored” Colonial: broad-shouldered good-looking Bruce “Bix” Rampike, who is Bliss’s daddy; strikingly dressed, eagerly smiling Betsey Rampike, who is Bliss’s mummy; little Bliss in a crimson velvet frock trimmed in white (ermine) fur, with the glittery Jersey Ice Princess tiara on her small head, white eyelet stockings and shiny black patent-leather ballerina flats and that famous sweet-shy-angel smile, between Daddy and Mummy and each is clasping Bliss firmly in the crook of an arm;
†
and, at the edge of the family portrait, in a vulnerable position to be handily cropped from the photo, the older, talentless brother Skyler.

By “older” I mean nine, in December 1996. Three years older than Bliss.

I don’t think I will describe what I look like, just yet. An “invisible narrator” sounds like a good idea to me.

In the Christmas 1996 photograph of the Rampikes en famille—which was subsequently printed up as a Christmas card and was to be used by Mummy as the Rampikes’ official family photo replacing an earlier, outdated family photo taken before my sister was crowned Little Miss Jersey Ice Princess 1996—I am a runty little kid with a smile so eager it looks as if it had been sliced by a knife. In response to the photographer’s tedious reiterated command
Smile please! And again—smile please!
the runty little kid is smiling as if his jaw has become unhinged. I guess—false modesty aside—I’ve been told—I was “cute”—“adorable”—even “a little gentleman”—but no one called me “angelic”—still less “magically photogenic” like my sister, nor am I “photogenic” here. No Christmas outfit for me! No silver tiara! God knows what rumpled shirt, clip-on tie, itchy woollen blazer and trousers Mummy threw together for me to wear after having spent an anxious hour making up Bliss’s face which required making up in order to exude that air of china-doll beauty, fragility, and innocence for which Bliss Rampike had come to be known, and primping Bliss’s overly fine, limp hair in a cascade of ringlets to set off the tiara, subsequently dressing, undressing, and dressing her, not to mention the yet more anxious minutes Mummy was obliged to spend on herself in order to exude the glamorous/poised/yet warmly maternal look Betsey Rampike desired.
*
Hastily running a hairbrush through my hair, stooping to peer into my evasive eyes, in a lowered voice begging
Skyler please darling for Mummy’s sake try not to twitch and make those awful faces! Try to look happy for Mummy’s sake this is Christmas at the Rampikes and Daddy is back with us and we want the world to see how proud we are of Bliss and what a beautiful happy family we are.

I tried, for Mummy’s sake. You will see how hard I tried.

You couldn’t see that I was crippled, I mean not in a still shot like this, but in such festive family photographs I look as if I might be crippled or deformed, hunched at the edge of the frame as if about to fall out. You feel an impulse to peer closely at me, to see if there might be telltale braces on my legs, or maybe I am cringing in a child-sized wheelchair but
I am not.

Sure, I had “physical” problems. “Mental” too. And I was “medicated” as a child. (As who in Fair Hills, New Jersey, was not?)

All that you remember of Skyler Rampike, assuming that you remember me at all, is a prime-time television interview in which I didn’t appear. This, the notorious interview with high-profile TV personality B_____ W_____ which was broadcast several months after my sister’s death at a time when, following the advice of their lawyers, my parents were “unavailable” for interviews with Fair Hills police. Canny Ms. W_____ greeted Bix and Betsey Rampike with a show of warmth and sympathy for “your tragic loss” then proceeded to confront them with the “fact” that no evidence had ever been found at the scene of my sister’s death to suggest that anyone outside the Rampike family, any intruder or “abductor,” had killed their daughter: “How do you explain this?” Both my parents were said to have reacted with shock at such a question, for indeed B_____ W_____ had seemed so friendly initially; and before my father could compose himself to speak, my mother Betsey Rampike smiled bravely, saying, “All that we can ‘explain’ is that God has put our faith to the test, and we will not fail that test. A stranger came into our lives and took our darling Bliss from us—that is all we know, Ms. W_____! For I did not murder Bliss, and my husband did not murder Bliss, and”—pausing with a quick sharp frown between her eyebrows, a becoming flush in her cheeks—“our son Skyler did not murder Bliss.” And B_____ W_____ exclaimed, “‘Your son Skyler’—why, the boy is only nine years old, Mrs. Rampike,” and my mother said, quickly, “Well, he didn’t anyway.”

STILL, I LOVED HER. I LOVED THEM BOTH. IT WAS TERRIBLE. IS. 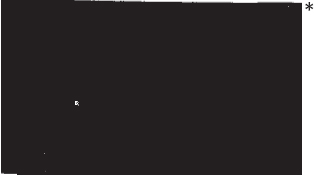 *
Black hole into which the despairing “memoirist” seems to have disappeared for an unaccountable period of time, approximately forty-eight hours of catatonic paralysis and amnesia irretrievable and forever lost to oblivion.

†
If you look closely at this much-downloaded photo, with a magnifying glass, and the monomaniacal scrupulousness required of a Bliss Rampike cultist, you will see that Bix Rampike, “Daddy,” has also cupped his left hand beneath Bliss’s foot, casually it seems.

*
In this photograph, Betsey Rampike is only thirty-three years old but looks older, not so much in her face (which is a fleshy-Renoir girl’s face with flushed cheeks) as in her body. As Mummy confided in Skyler in the early years before Bliss came into their lives like a comet, she’d always “battled” a “weight issue.” In these years Mummy wore her brunette hair in a sleek hairdressy “bouffant” style out of a fear that her head would be perceived as “too small” for her body. And when her hair began to streak with gray, Mummy had it dyed at once. But this came later.