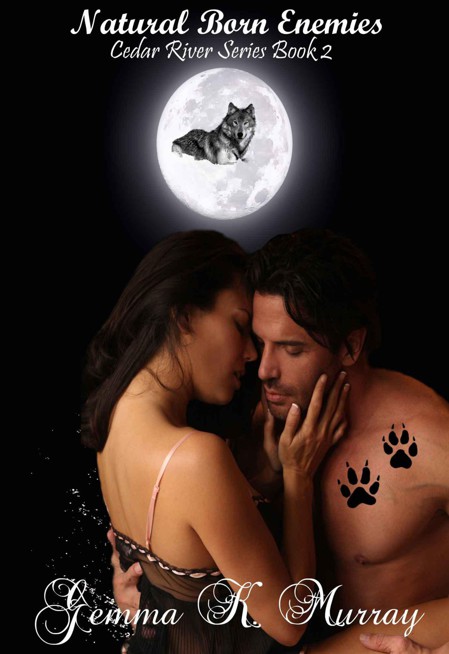 No part of this novel may be reproduced in any form without written permission from the author and publisher.

All characters, names, descriptions and traits are products of the author’s imagination. Similarities to actual people living or dead are purely coincidental.

I dedicate this book to the men in my life. The men who believed I could climb mountains and touch the sky. They believed in me when I couldn’t believe in myself. They raised me up and helped to stand. For that, this is for them.

Daddy, I miss you every day! You will always be my hero. Thank you for inspiring me, believing in me, but most of all, for loving me.

You: I don’t know what I would have done this last year without you beside me. You kept me strong, yet allowed me to be weak and vulnerable. I’m not sure what I did in this life to deserve you, but damn! It must have been something amazing. Tha gaol agam ort.

I want to thank my lovely editor and publisher who took a chance on an author. To all of my friends including my big “sister”, Karenne, who have supported me on this journey. And to all the readers who bought Keeper of the Golden Dragon’s Heart, a huge hug and lots of thanks! I appreciate the time you all took to read my book. For those of you who took the time to review it and gave me the kind words, you made this author see the truth. Thank you! I also want to thank the lovely Jfay for allowing me to use her scents in my books. You can find her and the scents in each book here:
http://studio3bonline.com/

In the Upper Peninsula of Michigan on the shores of Lake Superior is a sleepy little town where shifters of every shape and size reside. Trouble has found us and left our little community on edge. We are fighting to keep some normalcy in our lives, but the recent shake-up in the town of Cedar River has the residents on high alert for anything out of the ordinary. It also has us clinging to one another and the old ways to get us through the days and the nights. Changes are coming to this place where tradition holds high importance. It will be up to us to accept or reject these changes.

My name is Adam Thomas and I am a black puma shifter. At the age of fifteen, my mom sent me to live with my aunt and uncle in Cedar River. My mother felt it would be better if I had a male role model who could steer me away from the life of crime I seemed hell-bent to have. My Aunt Alicia’s husband, Roman, is the leader of the Pierce Pride. It took Roman’s heavy hand in my punishment to keep me out of trouble. My first offense was stealing money from my aunt’s purse. Uncle Roman took me out to the woodshed and tanned my hide. So, I decided to push him harder the next time. For my second crime, I stole cigarettes from the gas station on a dare from some of the other teens in the pride. Sheriff Donnelly caught me and he put me in jail. I called my Uncle Roman to come pick me up. He left me there for three days. There wasn’t a third offense. Maybe it was because I’d been beat enough by my grandfather, father and cousins, but beatings didn’t faze me in the least. I could take those. It was the sitting in jail, all alone, with no contact from the pride that broke me down.

At the age of sixteen, I was washing dishes at the local diner when I caught my first glimpse of the raven-haired Luna McIntyre. Gods, she was beautiful. My heart stuck in my throat when she glanced at me through the front window of the diner. She was with a few of the girls from the wolf pack. When she smiled, it was as if the entire world came to life. That day, I knew that Luna would be the death of me, if I allowed her that power.

By seventeen, Luna and I were an item. Her father tried to forbid us from seeing one another, but he couldn’t keep us apart. Uncle Roman tried to keep me so busy that I didn’t have time to spend with Luna. That plan didn’t work either. Both leaders learned quickly. They couldn’t keep us away from one another, so they stopped trying. Until Luna ended up pregnant. That was when the shit hit the fan between the McIntyre Pack and the Pierce Pride.

I graduated and was given the choice of college out of state or the military. I was never really good in school so I chose the Marines. I shaved my head and worked off a lot of anger during my time in the Middle East. I got sent home for good just a year ago. It seems that it’s not such a good idea to turn puma in the middle of the desert. Even a partial shift scares the crap out of a CO. I’d been able to keep a lid on shifting while I’d been gone, but one day, a fellow Marine pushed me too far. My eyes shifted, my canine teeth extended and my claws shot out. My commanding officer had me handcuffed and thrown into a cell to wait for a trip home. I guess I didn’t have as much control as I thought.

Returning to Cedar River wasn’t exactly the hero’s welcome I was hoping for. My best friend, Bowie Golden, picked me up at the airport. I spent a few days with the Goldens before going to the pride lands. No one was overjoyed to see me return. My uncle was sick and everyone was afraid that I would challenge him for the Alpha position. I sure as hell don’t need the crap that comes with being Alpha. My cousin, Connor, can take over and handle the bullshit. I bought a trailer and put it on the border of Pierce Pride lands. This way, I am close enough if I’m needed, but I’m out of pride rule.

The military insisted I get help to deal with my “anger” issues. It was either that or I could be locked up for a couple of years. I thought the psychologist would be the better bet. I refused to work for my uncle or his company. Unfortunately, no else would hire me. That’s when my best friend, Bowie, offered me a job as his deputy. Cedar River’s sheriff departmental duties had extended. Bowie was sheriff and happened to have a position available. I took it. Working for the sheriff’s department in Cedar River was an easy job. The worst crime usually has to do with Anastasia Plum, oops, Golden and her hellcat ways.

Then, there is Luna. She has changed a little bit in the nine years I’ve been gone. She’s cut her extremely long hair to what I assume is a more manageable style. She is still as beautiful as she was the last time I saw her. Memories of her had kept me from going crazy while I was in the middle of hell. Now I was home, memories of her were simply going to drive me crazy.

Being the only daughter of the McIntyre has its benefits. There are also a lot more downfalls to it than most people see. My father has always watched me with the eyes of a hawk, literally. He has an agreement with the hawk nest. They fly surveillance on the pack lands and Dad allows them to hunt on our lands. You see, natural wolf packs are very protective of their young. It’s no different in a shifter community. For the pack survival, it is important we stay within our species. At least, this is what the older members of the community believe. I don’t see anything wrong with interbreeding between the shifter species. Maybe it’s because I’ve been in love with Adam Thomas since he set foot in Cedar River, but I feel you should be able to love whoever you love. We may be natural born enemies, but once upon a time we were really good together.

I’ll never forget the first look I got of Adam. He wore his bad attitude like a well-worn pair of jeans. Gods, I wanted to be the woman to tame his wild side. The anger radiated off him in waves, but I knew in my heart that he was simply hurting.

Every year since I could remember, the pack and the pride would lay aside their differences and would help with the clearing of downed trees in the woods between the two lands. Roman Pierce recruited Adam to help. He was a young and able body. His lanky muscles bunched and relaxed with each piece of wood he tossed into the waiting trailers. My mouth still waters at that memory. Then, Adam got arrested. My dad warned me to stay away from Adam, but there was something about that young man. I started to make excuses to go into town with my girlfriends in hopes of catching his eye.

“He’s nothing but bad news, Luna,” my friend, Maria, said.

“If that’s what bad news looks like, you can deliver it to me every day,” was my reply.

Adam’s black hair was always in his eyes, but when those piercing green eyes turned my way, I felt my insides melt. A mere glance from the Pierce Pride bad boy sent my heart racing. I would watch him in the halls at school and on the football field. His speed made him the best receiver on the Cedar River Miners. I’d watch him on the side lines palling around with “Bodacious” Bowie Golden. Those two together were enough to make a girl’s panties drop with a simple smile.

My mom warned me more times than I can count. “Your father has been noticing the way you look at Roman Pierce’s nephew. You’d better stay clear of him, if you know what’s good for both of you.”

“What would you do, Mama? Didn’t you ever date someone that pissed off the grandparents?”

Mama smiled, “Yes, I did, Luna. I dated your daddy, the only thing I ever did to make your grandfather mad.”

“So, you understand, right?”

“Gods, Mama. You make Adam sound like he’s a domesticated house cat. He’s not. He’s a puma. It seems like that should count for something, shouldn’t it?”

“A cat is a cat, Luna. I’m giving you fair warning to stay away.”

Like any teenager, I didn’t listen to her. In fact, I pursued the shy Adam with a vengeance. My best friend, Maria, began dating Bowie so it seemed as if our two groups of friends were together constantly. Adam was not a push over by any means. I came onto him hard, but he usually blushed and walked away from me. One night at a party after the homecoming game, my deepest desires came to life.

I dressed in my shortest skirt and my highest heels. I’d borrowed a low cut sweater from Maria. From the moment we arrived at the party, I was hunting Adam down. I found him nursing a beer on the patio. The light of the full moon was the only light in the darkness. The moonlight shone on his bent head. “Adam?” I asked, knowing it was him.

“Go back inside, Luna,” he had warned.

He looked at me, his eyes full of moonlight. He moved with cat-like grace across the patio. “Gods, girl! Would you listen to people for once? I’m bad news and you just seem to be looking for trouble.”