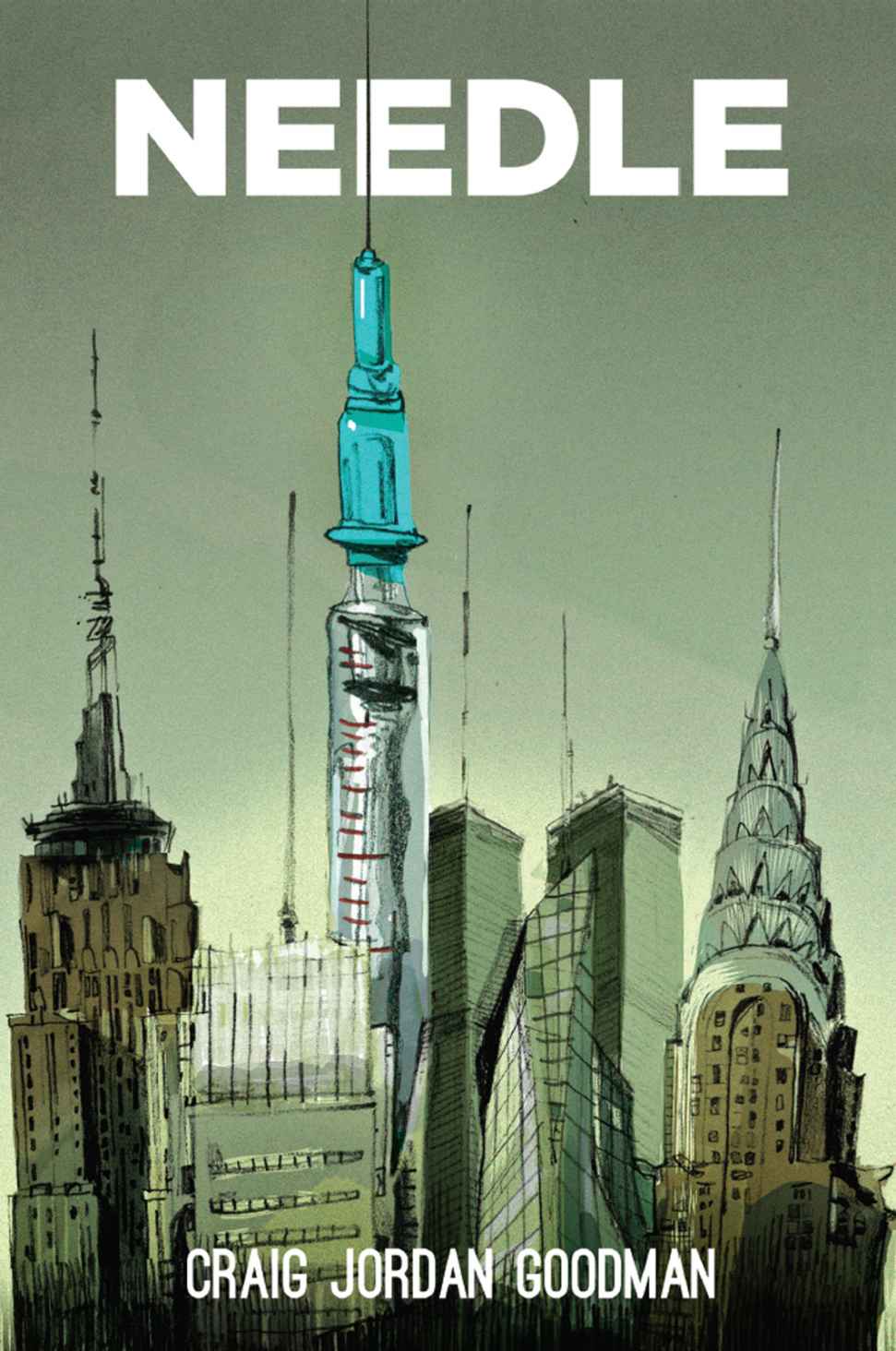 All rights reserved. No part of this book may be reproduced in any form or by any electronic or mechanical means, or the facilitation thereof, including information storage and retrieval systems, without permission in writing from the author, except by a reviewer, who may quote brief passages in a review. Any members of educational institutions wishing to use part or all of the work for classroom purposes, or publishers interested in obtaining permission to include the work in an anthology, should send their inquiries to
[email protected]
.

Mostly though, it’s for the dogs.

The events depicted here are
true
. Sometimes, I wish they weren’t. That said, certain identifying names, characteristics, dates and places have been changed to protect anonymity. A few individuals are composites, some timelines have been expanded or compressed, and some of the dialogue has been recreated or reconstructed to help support the narrative, and to clarify and illuminate critical aspects of the story.

“I don’t think this is such a good idea.”

So he didn’t…and then I must have vomited on myself.

The last thing I recall before the warm, momentary tightness lost its grip on my heart and began creeping upward, was telling Perry to keep his filthy hands away from me. Suddenly, and without provocation, he had lunged at me and my temper flared. After all, I was wearing my nicest shirt. It was silk or black or satin or something, and as he clawed at my finest garment with an outstretched hand I could hear the seams begin to give way. I then remember slapping at his dirty paw until I was finally free to meet fate, headfirst, at the bottom of a staircase.

For exactly how long I lay there, unconscious, on the 17
th
floor of a Harlem housing project remains a mystery. What I do know is that when I awoke my head had a couple of bumps, my right shoulder was swollen, and my fancy shirt was covered with semidry puke. Perry, however, was nowhere to be found and in his place were a concerned
EMT, a relieved/amused firefighter, a disgusted cop and a few residents who were quite disenchanted by the junky white boy with the nerve to have overdosed in
their
stairwell.

As I gradually came to, the fear of being incarcerated pierced my consciousness along with a dawning awareness as to what had just happened. I already had an outstanding warrant for my arrest, so the last thing I needed right now was to get locked up…
again
.

The old warrant had been issued back in 1995 after I elected not to appear in court. I was supposed to contest a flimsy trespassing charge filed by a cop with a sneaking suspicion that I might not actually be looking for “maintenance work” in the abandoned Harlem brownstone he found me in. In fact, he was so sure that I was up to no good that he also tacked on an
intent to purchase narcotics
charge to better justify an arrest, even though there wasn’t a stitch evidence to support the added allegation. The officer was—
of course
—entirely correct in his suspicions, but it was clear to me that he wasn’t playing by the rules and so—
neither did I
. Hence, after the court date was ignored, the resulting warrant along with the initial charges would go unaddressed for eight months, as I imposed my own brand of self-serving justice upon a legal system I saw as clearly corrupt.

Upon emerging from the overdose and regaining consciousness in the staircase I made a snap decision. I would use valium as a defense strategy to hopefully avoid arrest, as well as the warrant-driven fallout sure to follow. Valium is a much more socially acceptable drug to abuse, and Perry had already removed any evidence that might expose heroin as the true culprit. I was also fortunate enough to be in the presence of not only a police officer but other municipal employees as well, so as long as I avoided dropping the H-bomb I thought I’d survive without going to jail.

Although the logic behind the valium-defense was sound—its execution was a bit shoddy, and as the cop maneuvered himself to get a better look at me I lost some composure.

Of course, all parties present—including the cop—knew that nausea is a common side effect of shooting dope, and the vomit-laden shirt and condition they found me in certainly didn’t help bolster the defense strategy. In fact, had the firefighter and paramedic
not
been first to arrive, things would have ended up quite differently.
Typically, whether in possession of drugs or not, an overly medicated white boy covered in puke and lying in a Harlem stairwell would have been just too much for any blue-blooded New York City police officer to resist. And certainly, unconscious and sprawled out on the stairway floor, it would’ve been difficult to argue what
now
should be the most rock solid trespassing charge in city history. I was extremely lucky. The worried EMT and relieved firefighter proved to be my saviors as the cop was simply outnumbered by his truly concerned, fellow civil servants.

Score one for the junky
.

They sat me atop a gurney, wheeled me to an elevator, and then rolled me out of the building to an ambulance on 124
th
Street amidst a throng of smiling black faces that seemed to take gleeful satisfaction in the proceedings. Some of the little kids were
actually
dancing.

When I arrived at Metropolitan Hospital the EMT transported me to an emergency room hallway and said, “Whatever you do, promise me you won’t leave.”

That day, about a half-hour after I overdosed, Perry and I were scheduled to meet with Bob Donnelly, music lawyer extraordinaire. Donnelly’s list of clients included the Dave Matthews Band, Aerosmith and Def Leppard—just to name a few. Here was a man who could help transform ordinary potential into extraordinary success, and if our band was half as talented, beautiful, and skinny as we thought it was—the sky was absolutely the limit.

Did I mention that our egos were utterly enormous? An egomaniac with a penchant for shooting dope can take that false sense of well being and really run with it. Once addicted to heroin, junkies are bestowed magical, dissociative powers as we see life deteriorate before our very eyes and remain truly unaffected. However, a heroin addict with some sort of talent surrounded by people extolling that virtue is a ticking time bomb. Even without stores of cash and hordes of devoted worshippers, a few sincere words noting unproven greatness is enough to cushion even the most rapid descent to rock-bottom.

Due to the unscheduled overdose, I missed the big meeting with Mr. Donnelly. As a result, I was especially determined not to waste what was left of the day sitting in a hospital just because I insisted on doing a little too much dope. Now able to walk, more or less, I left the
medical facility to enjoy what was left of my nod in Central Park and half-consciously thought about nothing for several hours. Life was good again and things were finally back on track, as the setting sun and emerging lights reflected against the metallic mountains and I was gently nudged from my peaceful inner space.

In September of 1973 my father died from lung cancer. Later that year, my mother learned that he
and
I had been cheating on her with his secretary, Phyllis. I was only four years old at the time of the infidelity, but as far as Mother was concerned we were partners in crime and the illicit affair was a father/son conspiracy.

I can very clearly recall the moment I had first learned of his passing. It occurred while returning home to Queens after an extended visit with my grandparents in the Bronx. My younger sister, Celine, and I had been spending a good deal of time there while my mother inconspicuously made funeral arrangements, and as we headed home the question came out of nowhere.

To this day I have no idea what provoked it, but as I asked the question I remember desperately hoping yet truly expecting her to say,
“Of course not, you silly goose!!! Your Daddy isn’t dead—he’s just at the office,”
or
“in a meeting,”
or
“on a business trip.”
Instead, she simply turned her head and looked back at me for a moment. Then, after pulling the car to the side of the road, in a very calm and all too collected voice she said, “Yes, Craig. Your dad died…but he really, really, loved you a lot.”

I hadn’t seen him in quite some time, but the possibility that he had died only occurred to me half seriously and literally as I posed the question. Hence, the affirmative answer I received should have elicited
some
outpouring of emotion; however, there wasn’t a teardrop in sight or even a follow-up question. Mother just laid it out there as she turned herself around, put the car back in drive, and continued
home to Queens.

I didn’t attend my father’s funeral. I have never visited his gravesite. In fact,
I don’t even know where it is
. He was tucked away before I ever knew he was missing.

Without question I was the apple of Daddy’s eye, and almost every evening he brought me a gift home from work. From my bedroom I would listen for the bell, and then in a snap—like one of Pavlov’s drooling dogs—I’d be at the door to collect my prize. Of course, every so often he’d come home empty handed and I’d be traumatized with disappointment. Although on these rare occasions I’d be smart enough not to publicly display any signs of grief, I clearly recall skulking back to my room and flinging my body across the bed in very dramatic though truly uncontrollable fits of weeping hysteria.

All That Sparkles: The Texan Quartet by Claire Boston
Billi Jean by Running Scared
Breathe by Sloan Parker
The Sea Around Us by Rachel Carson
Inside Out by Mandy Hollis
The Gods of War by Conn Iggulden
The Faerion by Jim Greenfield
Clara Callan by Richard B. Wright
The Case of the Barfy Birthday by Michele Torrey
31 Ways to Catch a Billionaire by Ann King