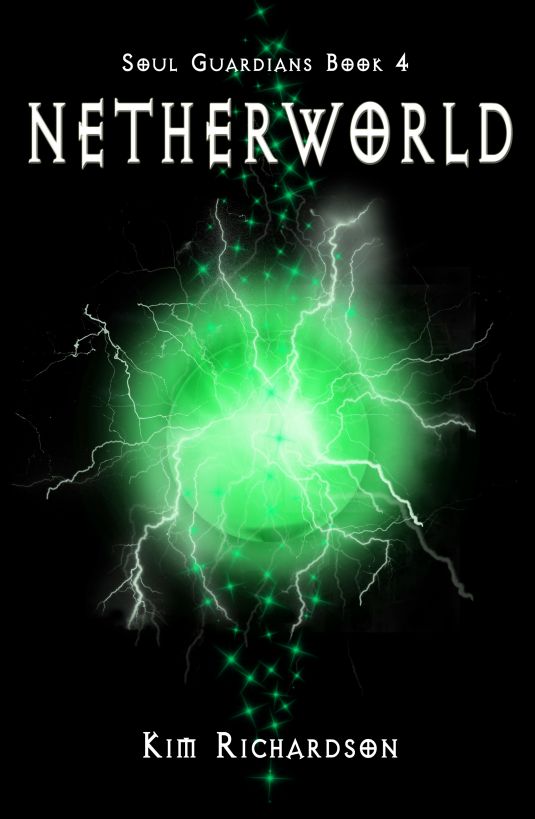 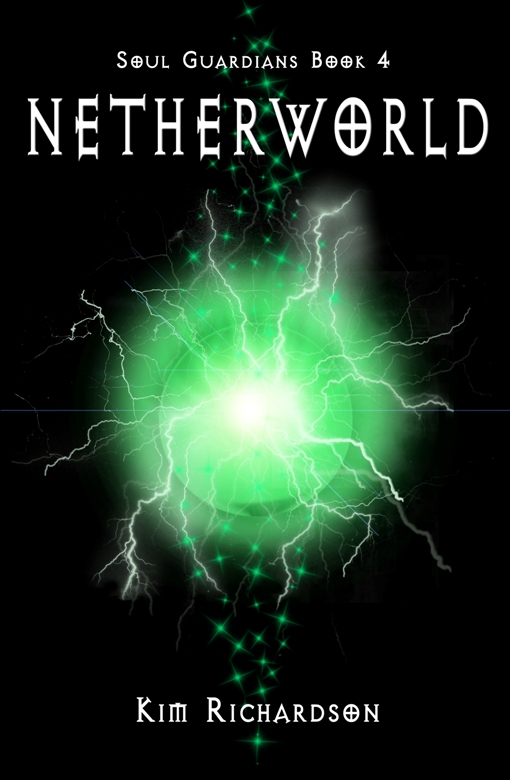 This ebook is licensed for your personal
enjoyment only. This ebook may not be re-sold or given away to
other people. If you would like to share this book with another
person, please purchase an additional copy for each person you
share it with. If you're reading this book and did not purchase it,
or it was not purchased for your use only, then you should return
to Smashwords.com and purchase your own copy. Thank you for
respecting the author's work.

You gave me the best childhood memories any
grandchild could ever ask for.

K
ara inhaled deeply and blew the dust off a row of books with
cracked covers and ripped spines. The air smelled like a mixture of
old glue and mildew. The dust motes hovered like a swarm of
insects, and the hot and humid damp lingered and clung to her
clothes. It was not the perfect environment to stow old books, but
she loved how the smell of ink and paper seeped out. It was the
smell of imagination—where great minds came together and created
magic with their words—the smell of adventures not yet discovered.
In books, anything was possible...and she loved it.

She wiped the perspiration
from her forehead and pulled her hair into a ponytail. She
squeezed
The Adventures of Huckleberry
Finn
between
The
Call of the Wild
and
The Old Man and the Sea
, in the
classic novels section. She nudged them into a perfect straight
line, with their spines arranged vertically. Once satisfied with
her work, she wiped the moisture and dirt from her hands onto her
blue jeans, adding to the layer of grime from the day’s work. The
ladder creaked and wobbled under her weight. She clasped her hands
firmly around the rail and stepped down carefully. Once she reached
the bottom, she jumped the last step.

With a smile on her face Kara pushed a
metal trolley piled with books and magazines toward the front of
the shop. She ducked under the single light bulb that flickered
nervously from a loose wire in the center of the shop and drove the
trolley between crooked stacks of books that wiggled all the way up
to the ceiling in some places and teetered perilously.

Rays of light spilled through a large
bay window from the front of the shop and illuminated the
bookshelves in a soft golden glow. Dust particles glowed in the
light like miniature snowflakes. Kara could see the grey cobwebs
that draped from the highest corners of the ceiling and made a
mental note to sweep them later with her broom. Brown and beige
striped wallpaper peeled from the walls behind a fragile wooden
counter that lined the right side of the shop. An old cash register
with manual buttons and a red lever sat above it. Below the cash
register was a glass case displaying different sizes of crystal
balls. Kara giggled at her distorted reflections in them. A warm
breeze brushed Kara’s bangs from her face. Wind chimes sang faintly
from above the open front door.

Kara sneezed. The trolley jerked. A
thick blanket of dust covered most of the back bookshelves, a clear
indication that she still had a lot of cleaning to do. It would
take weeks to dust the shop free from years of neglect. She
seriously doubted it had ever been clean to begin with. On her very
first day at the shop, Kara had given the windows a good cleaning
and had swept and scrapped the floors of dingy brown grime and
maroon stains that she’d rather not think about.

Kara gladly inhaled the summer wind
from the open door—dandelions and freshly cut lawns—her spirits
lifted with each new smell. It was an awesome feeling. School was
over, and she was now officially an employee in a place she loved
and for a man she admired. Mr. Patterson had given her a summer job
in his bookstore. Her duties were to help him categorize all the
new books into a new computer program, to keep the shop clean, and
to work the cash register when he was on his lunch break. It had
proven to be the best job ever. And Kara was determined to save
enough money for the first semester at Dawson College. Mr.
Patterson even told her that he would keep her on part time when
she went to school. She couldn’t ask for a better boss or a better
job. At last, things were finally looking up for her.

With the trolley parked,
she grabbed a handful of
National
Geographic
magazines and placed them by
corresponding dates along the middle shelf from the magazine rack.
She shuffled them together—and froze.

Her hair stood on end. Kara
inexplicably sensed a presence. She followed the source of the
feeling towards the bay window—

Someone was staring at her from across
the street.

Her heart hammered against her chest.
A young girl in an old fashioned white dress with a large red bow
tied at the middle, stared at Kara from the opposite side of the
street. Her silky black hair was cut short at her jaw line and
accentuated her sharp features. She was beautiful, like an
expensive doll. She looked to be about twelve years old. Even from
the distance, Kara could see traces of redness around her eyes and
nose. Her pallid face was pulled into a grimace, her eyes wide in
terror. Kara could almost feel her panic. Her eyes pleaded for
help, for Kara’s help. An inexplicable connection with the girl
rose in Kara’s chest. It was as though they were related somehow,
like a long lost cousin. The girl jerked her head around suddenly
and started to back away.

Two men in meticulously
tailored grey suits approached the young girl from either side.
Their platinum hair and faces were identical and their skin was a
sickly white color like that of diseased albinos. They moved
swiftly and with purpose. The girl backed up against the front wall
of the neighboring shop. She locked eyes with Kara once more in a
silent plea. She mouthed the words
Help
me
. Kara held her breath. The girl was
trapped between the two leering men with black eyes. The loud
hammering of Kara’s heart in her ears drowned out all other sounds
around her. The little girl was no match for these two evil looking
men. Kara had to do something, she had to try to help
her.

Kara pushed the trolley out of her way
and threw herself over the counter. She grabbed the baseball bat,
which Mr. Patterson kept hidden behind the counter in case of a
perilous transaction with a customer, and dashed out of the
bookstore and onto the street.

She skidded to a stop.

It was empty. The girl had vanished
and so had the black-eyed men. The street rang with silence. The
sidewalk was bare except for a few pigeons pecking at the
ground.

Were her eyes playing tricks on her
again? Was this another strange vision? For the past few months
she’d had the sensation of being watched. She had perceived creepy
shadows in dark places following her every move, lashing out at her
when they thought she wasn’t looking. But as soon as she would turn
around to confront whatever they were, the shadows would disappear
in a blink of an eye. Perhaps this was one of those occurrences. Or
perhaps she was going mad. She thought it must be the
latter.

“
Are you planning on
beating someone with that bat?”

Kara whirled around. David stood
there, handsome as always, with his customary cheeky grin and
tousled blond hair. With his head in the air, he sauntered toward
her with a hop in his step.

“
Is it safe? Or should I
come back later?” laughed David, and he jammed his hands in his
pockets.

Kara ignored him and watched the
opposite side of the street. “I—I thought I saw
something.”

David raised his brows.
“And so you decided to go all
vigilante
and grabbed a baseball
bat—to beat it with?”

“
I saw a girl. I think she
was in trouble—no, she
was
in trouble. She was really scared and needed my
help.” Kara’s knuckles turned white as she grasped the bat tightly.
She remembered the little girl’s petrified face as she retreated
from the approaching men.

“
What girl?” David searched
the street. “I don’t see any girl. Are you sure you saw something?
You know, all that dust you inhale all day could be affecting your
brain.”

Kara sighed and lowered the bat. “She
was there a minute ago. I’m sure of it. And there were these two
weird looking men…with white hair—really ugly looking and creepy—I
felt they were going to hurt her. They had these scary black
eyes.”

“
Black eyes? As though they
were punched in the face or something? Just as you were about to do
with that bat, right?”

Kara looked into David’s puzzled face
and decided to drop it. Clearly he thought she was mad. She shook
her head and shrugged. “Never mind.” She gave out a frustrated
breath and then gave him a lopsided smile. “What are you doing here
so early anyway? I thought you had soccer practice?”

“
I did.” David did some
fancy foot-work to impress Kara. “It got cancelled. I thought we
could catch an afternoon movie or something.”

Kara tried hard not to smile, but her
face betrayed her. She looked quickly away from David. Her cheeks
burned, and she knew instantly her face had gone tomato red. Her
heart pounded in her ears.

“
Um…let me ask Mr.
Patterson first. He might still need me for the rest of the day.”
She hoped silently that he wouldn’t. David had been coming around
the shop every day since the very first time they had accidentally
met two months ago. And every time he came around butterflies
fluttered inside her belly.

With the baseball bat loose
at her side, Kara walked back into the shop. David ducked below the
wind chime and followed behind her. She heard the click of the back
door as it closed. She looked up as Mr. Patterson shuffled towards
them, his bones creaking as he approached. He scratched his head,
sending ripples through his wispy white hair. His short legs peeked
out from under his usual khaki Bermuda shorts and colorful yellow
and orange Hawaiian shirt. The floor-boards creaked under the
weight of his bare feet. Kara never understood why he walked around
barefoot in the grime and dust on the floors. But as time went on,
she got used to seeing his large square toes and long yellow nails.
She reminded herself to get him a gift certificate at the local
spa,
Toes with Bows
, for a pedicure. If she was forced to look at his feet, then
at least they could be groomed.

Mr. Patterson waved at them excitedly.
“Why, hello, Denis! What brings you to this side of the literary
world? Have you come to buy a book at last? There’s a great new
section on adventure books for boys over there—” He flung his long
white beard over his shoulder and pointed to a tall book shelf to
his left.