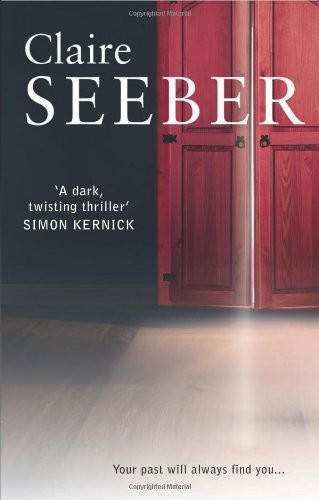 For Tiggy & Bethy
As the song says, We are Family …

Last year I read
‘River of Time’ –
a family favourite – by renowned journalist Jon Swain who reported so bravely on Vietnam and Cambodia. I’m immensely grateful to Jon for allowing me to use his words in
NEVER TELL;
they help explain Rose’s addiction to chasing a story.

I also owe barrister Rupert Bowers a great debt of gratitude (or maybe a bottle of wine or two) for all the court-room advice. (‘That would
never
happen’ – he said a lot: wherever fiction takes over from fact, I’ve chosen to ignore his tutelage). Thanks to Nicola and Matthew Sweet who really did make it to Oxford, and to all my mates who knew about guns and bombs. (Bit scary, really.) Thanks as usual to Flic Everett the 1st for speeding through the first draft and to Beth for taking it to the beach; to the Goldsmiths 4 for listening & commenting so constructively, especially when I was blushing in the more ‘shocking’ scenes! Thanks to Tim for letting me lock myself away.

Huge thanks as ever to all at Avon: especially Keshini Naidoo and Kate Bradley (and bon voyage, Max!). Sincere thanks to everyone who has supported me during the past year, particularly the last six months. You know who you are and I’m very grateful. Last but never least, thanks to my agent Teresa Chris for all the pep talks and the belief.

The desire to cover stories is sometimes irresistibly powerful; this ruthlessness for getting the story over and above all else, including love, has wrecked the personal lives of many colleagues …

There was a restlessness in my spirit, added to which I didn’t know how to say no to a challenge … an irreconcilable conflict of interest in my life.

All the way to London, the woman’s words circled round my head like carrion crows. She’d hung up before I could ask more; that silky voice echoing down the years, a voice I was sure I knew and yet couldn’t quite place. One more piece from the nightmare jigsaw the last year had become; one more piece nearly slotted back in.

Off the motorway, the traffic snaked back solid to the Blackfriars interchange. Frantically I watched the clock, creeping forward incrementally, until I could bear it no longer. Abandoning the car on a broken meter, I sprinted through the rush-hour fumes, dodging swearing cyclists and the motorbikes that sneaked down the middle, stumbling over the kerb on Ludgate Hill, until I was falling in panic, unable to right myself. A double-decker bore down on me, horn blaring; a builder in a yellow hard hat snatched me from its path in the nick of time, his warm calloused hand on mine. I was too stunned to do much more than blink at him and run on.

Inside, the internal gate was shut.

‘You look pretty desperate,’ the jolly curate relented, waving me through with his walkie-talkie. ‘Last one in. This one’s on God.’

‘How do I get up to the Whispering Gallery?’ I wheezed gratefully, leaning on the barrier for a moment to catch my breath.

It took me ten minutes to climb up, and my heart was banging so hard by the time I’d reached the gallery in the huge dome that I had to sit down as soon as I got there. I’d passed a gaggle of Italian tourists coming down the stairs, but otherwise the space was empty. I thought he hadn’t come, the anonymous writer – and I heard my name said softly, and I turned and saw him.

They say that when you’re drowning your whole life flashes before your eyes – though it seems unlikely that anyone could confirm it. True or not, I felt like I was falling backwards now, splashing messily through my own life.

He walked towards me, thin and no longer elegant, wiry-limbed and crop-haired instead.

‘I thought,’ it came at last, ‘I thought that you were dead.’

It wasn’t turning out to be one of the good mornings. Fred had been up three times in the night simply seeking company, so my eyes now stung with tiredness. Alicia was in a foul mood because Effie had scribbled all over her new birthday sketchbook in purple felt-tip. Effie had insisted sweetly that she was
dying
for porridge until finally I caved in, and spent ten minutes stirring it like an automaton, whereupon she spat the first mouthful dramatically all over the floor and refused even one more try, citing the ‘yucky bits’.

‘Put your other slipper on, Freddie. The floor’s freezing.’

‘It’s not lost. It’s on the radiator there.’

‘Well super-heroes are going to have horribly cold feet then, aren’t they?’

I wondered plaintively for the three hundred and sixty-fourth consecutive day why James couldn’t get up just once and make the struggle with plaits, porridge and a three-year-old’s tantrums at least partly his own.

‘I want my milk warm, Mummy,’ Effie puffed, abandoning the cornflakes and dragging the milk bottle towards her across the table.

‘I want it
warm,’
she pouted and promptly upended the entire pint over the flowery tablecloth.

‘For God’s sake, Effie,’ my restraint deserted me. ‘I
told
you not to do that, you silly child.’

‘Shut up, Mummy,’ she shouted back. ‘You’re
rubbish.’
Her little red mouth was wobbling.

A Ready Brek-encrusted Fred looked in wonderment at the raised voices and cross faces; Effie and I glaring at one another, me wavering between laughter and annoyance until Alicia turned Radio One up loudly. My pounding head pounded harder as Alicia pronounced, ‘This is Fred’s favourite song,’ and jiggled so alarmingly at him that he fell backwards and promptly burst into tears. Finishing a complicated riff about some girl not knowing her name, she whacked her arm on the chair and burst into dramatic sobs that equalled her brother’s. Soggy J-cloth in hand, I gazed at them, weighing up my options: opening the gin or joining them.

Into this chaos walked Mrs McCready, never more welcome, unbuttoning the shiny old coat that hid her ill-fitting velour tracksuit, a choice baby blue today. (‘I think she sleeps in them,’ James remarked at least once a week.) She took one look at Fred’s furious red face and swept him off the floor.

‘Come here, my precious,’ she crooned, clutching his plump little body to her huge chest, his head half the size of one of her bosoms. ‘I’ll go and get him dressed,’ she said. ‘Won’t I, precious? Come on, Effie.’

I turned the radio down, tossing the cloth towards the sink. It hit the floor with a soggy thwack, narrowly missing the cat. I kissed Alicia’s arm better until her sobs eventually subsided, and retied her red ribbons before dispatching her to piano practice whilst I made a desultory attempt to clear up.

Waiting for the kettle to boil again, I gazed out of the mullioned windows at the cold March morning. It was crisp and clear now, the last tendrils of dawn mist dissipating under a slow-climbing sun. Two robins took a quick dip in the stone birdbath, flicking each other with something like affection. Below them a blackbird bounced along a lawn glistening with dew, hopefully pecking for a worm. It was chocolate-box perfect.

The kettle snapped off as I caught my reflection in the glass. I am in a stupor, I thought, I have been in a stupor for months. Not months, even – years. I move slowly, I have become plumper, my skin is soft and golden, the glow of repleteness is on me. And yet I’m not replete.

I shook myself from my self-indulgence. Things are good, I thought, trying to convince myself once again, and poured boiling water all over my hand as James appeared noiselessly behind me.

‘Ouch!’ I yanked my hand back quickly. Quickly, but too late.

‘Careful,’ James yawned, stretching, displaying a hairy stomach above stripy pyjama-bottoms. I ran my hand under the cold tap, the freezing water a new kind of pain on my scalded skin.

‘Any coffee going?’ J scratched his belly. ‘Have you seen my phone?’

He rooted through the piles of paperwork I’d stacked neatly last night, through the old newspapers full of articles I kept meaning to read and never got round to, forms for Alicia’s school trips and Effie and Fred’s dinner money, bank statements that needed to go to the accountants, my notebook full of scribblings for ideas that I needed to write up properly. Scribblings that were decreasing in number.

‘I need to call Liam. I’ve had a fucking blinding idea for Revolver. We’ve got to go all out on the VIP room. Marble, gold, the works. Seventies kitsch.’

I watched one pile slide dangerously to the right and bit my tongue.

‘Where the hell’s my phone? Did you move it again? I do keep saying just leave it.’

‘Oh, J, don’t mess it all up again,’ I muttered, but my beautiful symmetry was already descending towards the floor.

‘Don’t fuss, Rose.’ He found the phone in the pocket of his fleece. ‘McCready can tidy it. She loves it.’

‘Who’s she?’ Mrs McCready stomped back into the room, a beaming Fred beneath her arm like a small parcel. ‘The cat’s mother?’

‘Oh, McCready, you angel.’ James kissed her resoundingly on one thread-veined cheek. ‘You’re here to save us all, aren’t you, petal?’

I couldn’t help smiling. ‘I thought
I
was your petal?’

‘That’s right, Rosie Lee,’ my husband winked at me, ‘you are. My one and only petal. Bring the coffee to the studio, would you? I’ve got to get on.’

I caught McCready’s eye over his dark head. Obviously it was a good day.

‘Liam, that you? All right, sir?’ J winked at me again. ‘Listen, my head’s buzzing. I’ve had a fucking blinder of a plan. Think Joan Collins on a swing in
The Stud
, and forget all your troubles.’

McCready pursed colourless lips and released Fred from her grasp.

‘So, sir, get your arse …’ With a flurry of paper falling to the floor and a door slamming in his wake, J was gone. Troubles, I thought. The first I’d heard.

‘I’ll fetch him his coffee,’ McCready said, as I’d known she would. For all her disapproval, she adored James. As she left the room, Fred in her wake, the phone started to ring.

‘Thank you,’ I called after her, adding milk to my tea and looking for the handset. Before I found it, the answer-phone kicked in.

‘Pick up, Rosie, darling.’ My heart jolted at the familiar drawl. ‘We both know you’re there.’

I finally spotted the receiver, tangled in a pair of small carrot-stained dungarees in the washing basket.

The Sweetest Spell by Suzanne Selfors
Meadowlarks 3 : Endless by Ashley Christine
Astonish Me by Maggie Shipstead
Locked Together (In Chains) by Abbott, Michelle
Date Shark by Delsheree Gladden
This Year at Home (A Short Story) by Bridgeton, Sarah
The Lady of the Camellias by Alexandre Dumas fils
Dying to Teach by Cindy Davis
The Collected Stories of Amy Hempel by Amy Hempel and Rick Moody
The Empty by Thom Reese