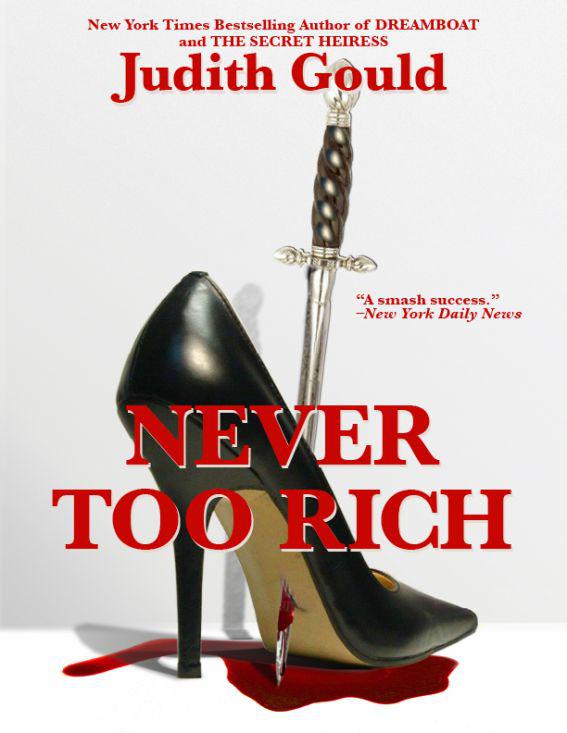 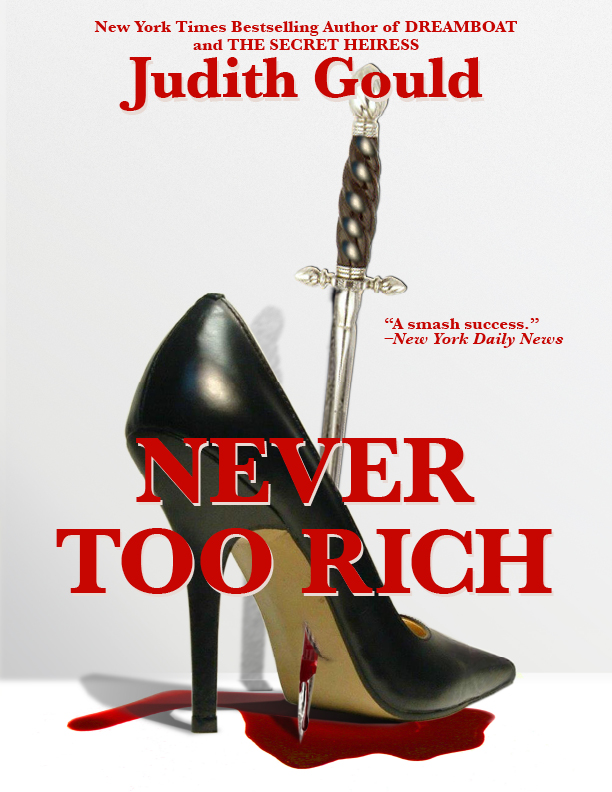 Till the End of
Time

A Movement in
Time

The Best is Yet to
Come

*Available as an e-book

Everything. Love, money, power. That's what
gorgeous, exciting Edwina Robinson and Billie Dawn want and have -
everything Manhattan has to offer. Even more.

But the glittering facades of their success hide
darker realities. Edwina is the target of bitter rivalry and
betrayed by the wife of a declining fashion "king" as she strikes
out on her own to build an international high fashion empire. And
even the love and support of Wall Street wizard Leo Flood can't
fill the void left by dashing R.L. Shackleford, a man she rejected
years before but never forgot. Exquisite Billie has the style and
presence to be the world's hottest fashion model. Her image graces
the covers of
Elle, Vogue,
and
Cosmo
, but she, too,
is haunted by the man she left behind when she rocketed to modeling
stardom - a man who'll do anything to get her back. And over both
of them hangs the terrifying specter of a serial killer who has
made Manhattan his hunting ground, and the city's most stunning
beauties his victims. Edwina and Billie are on his list...and on
their way to a scalding Southampton showdown that sizzles with
suspense, sexuality, and style.

Everything. Never-tingling sensuality, heart-tugging
romance, blood-racing intrigue. Everything we expect in an
unputdownable story set amid the wealth, power, glitz, and
sophistication of New York. Once again Judith Gould, bestselling
author of
Sins
, triumphantly proves that a novel can never
be too sexy, too suspenseful, too spellbinding...or too wonderfully
involving.

And do drop in and visit
"Judith" at

Publisher’s Note:
This novel is a work of fiction. Names,
characters, places, and incidents either are the product of the
author’s imagination or are used ficticiously, and any resemblance
to actual persons, livind or dead, events, or locales is entirely
coincidental.

This e-book is licensed for your personal
enjoyment only. This e-book may not be resold or given away to
other people. If you would like to share this book with another
person, please purchase an additional copy for each person you
share it with. If you’re reading this book and did not purchase it,
or it was not purchased for your use only, then please return to
Smashwords.com and purchase your own copy. Thank you for respecting
the hard work of this author.

THREE IRRESISTIBLE WOMEN IN
A HIGH-STAKES GAME OF WEALTH, POWER, AND PASSION

A glittering trio destined
for success in Manhattan’s cut-throat world of
haute couture
. Three women who
are

Edwina G. Robinson
- raised by two gay men who taught her everything
about designer fashion, she’s now ready to take the showrooms of
the rich by storm.

Billie Dawn
- the most exquisite girl ever to grace a
magazine cover, her breathtaking beauty sets men ablaze with
desire. But there is violence in her past — a violence which now
threatens to catch up with her…

Anouk de Riscal
— living testament to the plastic surgeon’s arts,
she’s the queen of Fifth Avenue society — and determined to keep
her couturier husband ruling the world of high fashion.

But glamour has its dark side, and a twisted
human monster stalks Manhattan, driven by an insatiable need to
mutilate beautiful women — women he sees on the covers of the
world’s top fashion magazines…

ENTER THE WORLD OF JUDITH
GOULD —

Where powerful and beautiful women build
dynasties, amass fortunes, and fulfill their every desire. From the
boardrooms of the elite and influential to the bedrooms of the rich
and famous, Judith Gould will take you to the heights of passion
and the lurking dangers of being

New York is a city of mouths and ears. There are no
secrets. Unfortunately, loose tongues sink ships and silence must
be golden. Which is why the truly, truly deserving can’t be
thanked

The girl had just moments to live.

The springs of her bed in the third-floor town-house
apartment off Lexington Avenue shook and rattled and squeaked.

She was ready to climb the walls. With every
thrust she absorbed, her hips
rose greedily up off the
mattress to meet the man halfway.

The man’s eyes were alight and blazed like two
tiny mirrors. Sweat oiled
his naked body with a glossy
sheen. She was captured, held down to the bed by
his loins,
impaled by his penis. The power of life and death pounded mightily
in his head as a crazed kind of blindness rolled over him. Without
breaking
the rhythm of his thrusts, he reached back and felt
for the cool of the metal.

A massive surge of power jolted through his
body.

Blood, blood, blood
—below him, where she twisted
like a stuck pig,
where she was joined to him by the thick
shaft of blood-engorged flesh and her life was his.

“
You’re a whore!” he snarled,
pumping with new fury.

She let out a moan and writhed.

“
Say it!” he demanded
harshly.

With a snap the hidden switchblade jumped and
flashed silver and seemed to take on a life of its own. At that
instant her eyes flew wide and luminous. The sudden revelation
froze her tongue.

Before she could cry out, the knife flashed and
plunged into her throat, cleanly severing her vocal cords.

A geyser of blood slashed the walls.

Her body arched, and the lattice of her ribs stood
out in sculptured relief. Her fingers clawed and fought. Her bony
hips bucked.

Then the juices of life roared from his swollen
testes and burst forth in the moment of her death.

Under him, her body twitched in its last throes, and
when he pulled out, a last surge of seed spilled onto her pubic
hairs.

Minutes later, his body numb with relief, he
strolled casually to the nearest subway station and went down into
its anonymity.

One Day in Oz

Thanks to the Jetstream, American Airlines’ Flight
18 enjoyed a tailwind all the way from San Francisco. ETA New York
was 6:15 A.M., but the red-eye sailed down to Kennedy almost twenty
glorious minutes early.

Except for a little turbulence over the Great Lakes,
it had been an uneventful flight. The skies were practically empty
in those hours between midnight and dawn, and so was the 767.

Edwina G. Robinson, seasoned traveler, worldly
businesswoman, and no fan of congealed cold-cut platters, no matter
how prettily served, had downed three glasses of passable champagne
and one and a half Dalmanes; then, the moment the seat-belt sign
had pinged off, she had abandoned her first-class seat somewhere
between the Valley and Tahoe and had spent the next four and a half
hours stretched out in economy, where, by simply lifting the
armrests of the three center seats, she had created a cozy if
narrow bed for herself. Instead of relying on pancake-thin
postage-stamp pillows sheathed in papery cases, and tiny squares of
blankets, she had stuffed her capacious shoulder bag with one
traveling essential: an honest-to-goodness queen-size goose-down
pillow. That, in conjunction with her geometrically sheared
electric-blue-dyed mink cape, which she had designed herself and
pressed into duty as a luxurious blanket, made her feel right at
home. Edwina believed in traveling in comfort. She wore her usual
traveling clothes, a Spandex exercise outfit (this one violet)
paired with green velvet Manolo Blahnik boots liberally studded
with giant glass jewels. She’d fallen asleep immediately and hadn’t
awakened until the plane’s shaking and rattling marked its descent.
Just before a stewardess was about to wake her, she awoke on her
own, stuffed her pillow back into her bag, gathered up her mink,
and sprang up from her makeshift bed to reclaim her strategic
first-row B seat, chosen expressly for its location at the forward
exit.

By the time the plane had taxied to the terminal,
Edwina looked totally rejuvenated. She had repaired her brilliant
makeup, combed out her long mane of disturbingly real bright orange
tresses, which were to the eye delightfully frizzy and curly and
very
Botticelli but to the touch as soft as goose down, and
was wide-awake, her silver-gray eyes gleaming with anticipation at
the prospect of a brand-new day.

The moment the door opened, she rushed out, head
raised and nostrils flaring as she breathed hungrily the crisp air
in the accordion tunnel: it was good, dry, honest winter
weather.

“
Home again, home again,
jiggety-jig!” she sang breathlessly to herself as she made an
unerring swift beeline through the vast empty terminal down to the
baggage carousels on the street-level floor. “I’m back, Manhattan,
whether you’re ready or not! Back to your dirt and grime and crime
and
life!
Ah! The notion of clear brittle winter does these
bones good!”

By His Hand: Truly Yours Digital Edition by Johnson, Jennifer
Stay:The Last Dog in Antarctica by Blackadder, Jesse
The Colony by Davis, John
Dog Eat Dog by Chris Lynch
Kiss and Tell by Nikki Winter
Wild Blood by Nancy A. Collins
Sidney Chambers and the Perils of the Night by James Runcie
Believing Binda by Khloe Wren
Breathing Underwater by Julia Green
Lily's Cowboys by S. E. Smith