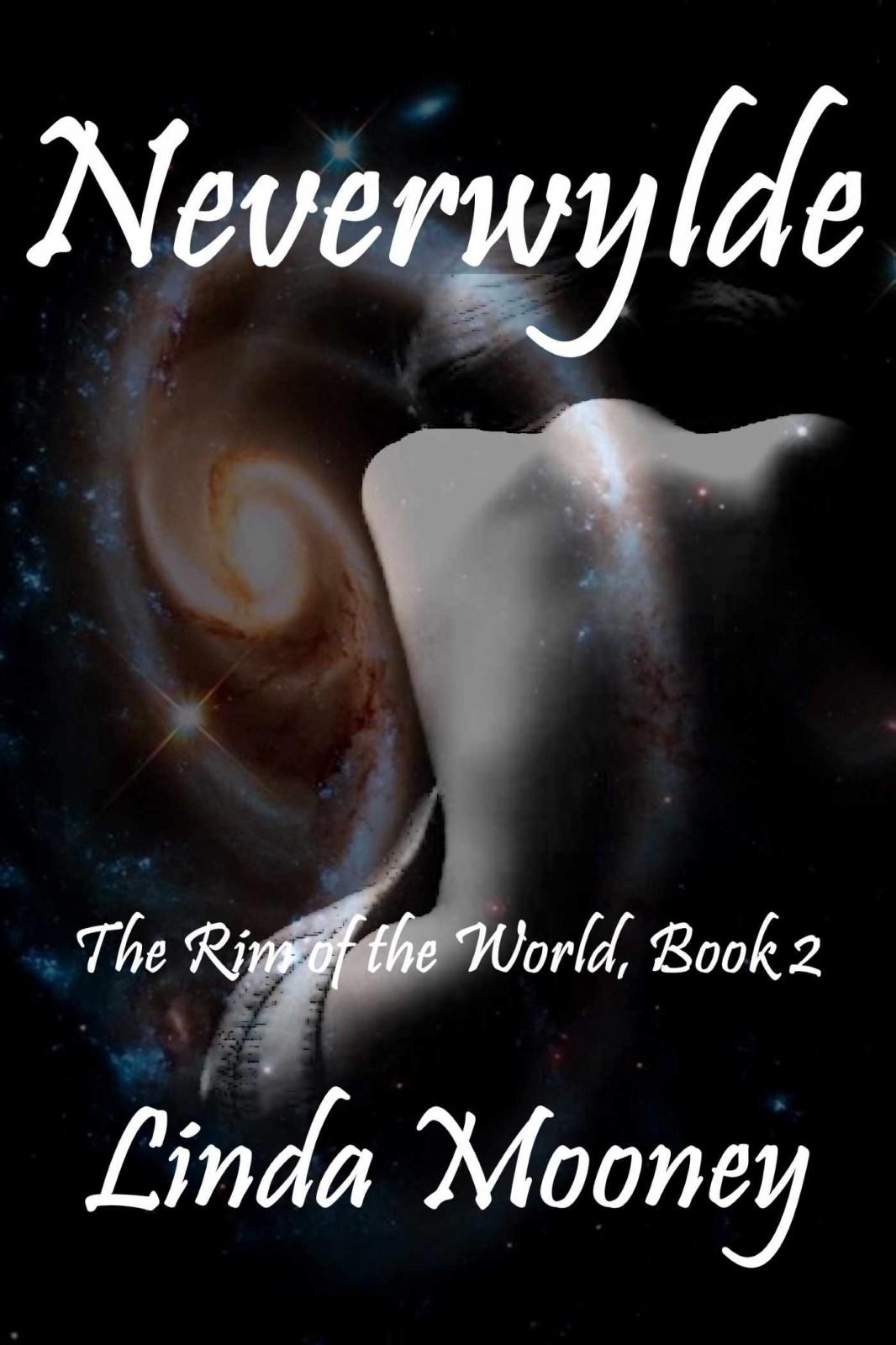 More by the Author

The Rim of the World
Book 2

No part of this book may be reproduced or transmitted in any form or by any means, electronic or mechanical, including photocopying, recording, or by any information storage and retrieval system, without permission in writing from the author.

“Wormhole! Wormhole! Pull out! Pull out, for God’s sake, Kel!”

Ex-lieutenant Kelen Chambliss jerked awake with a violent shake. For a moment, she had no recollection of where she was, or that she was even still alive. It wasn’t until someone tossed a rock into the fire, causing the flames to throw sparks upward in a brief blaze that reality returned.

She opened her eyes to see Kyber sitting on the opposite side of the pit. From the way he sat, she could tell the Seneecian was alert and on guard. That knowledge gave her a deeper sense of security than if it had been anyone else. He was watching her, concern reflecting in his deep green eyes. Noticing she was awake, he made a little motion with his head.

“Are you well?” he softly inquired.

She sighed and sat up, running a hand through her hair. “Yeah. I’m fine.”

“You were having a bad dream. You were making little noises, like you were fearful of something.”

She glanced around the room where the others appeared to be still asleep. Fullgrath and Mellori were snoring. Dox lay curled around his collection of odds and ends like a mother animal protecting its young. Dayall remained bound, his chin resting on his chest. The Seneecians were huddled together on one side of the room. In the flickering light, they resembled a quilt of multi-colored fur.

“What’s not to be fearful of?” Rubbing her hands over her face, she looked back at him. “You’re exhausted. Let me take this shift.”

“That’s eye worm shit and you know it. You haven’t healed from the wound you sustained when you crashed. And there’s whatever damage you sustained when you fought Isup that you haven’t told me about. Go lie down and get some rest, I’ll take watch. I can’t sleep anyway.” To prove her point, she got to her feet and stretched, then walked over to where he sat and held out her hand. When he didn’t give her their only functional weapon, she wiggled her fingers in silent request and cocked an eyebrow at him. Kyber snorted and placed it in her palm.

“You are a difficult female.”

She stopped herself and bit her tongue. She’d almost told him he loved her, which she knew he did. But the others…

Kelen checked the room as panic surged in her breast. Fortunately, no one moved or appeared to have heard her near slip-up. Still, she hastily finished her remark.

“That’s why you allow me to do what I do. Because I’m a difficult female, and I’d kick your butt if you tried to stop me.”

He rose from where he’d taken watch and cast her one last look. With his back to the fire, it was difficult to make out the expression on his face, but she could imagine what it would contain.

She took her seat, her back to the wall and facing the only doorway to the small chamber where they all slept. She was aware of Kyber lying down amid the other Seneecians. It was odd, but she could almost pinpoint the moment when he sank into unconsciousness.

The room was reasonably quiet except for Fullgrath’s snoring. Mellori had turned onto his side, which reduced his contribution considerably. Thankfully, the underground room acted as a natural buffer, muffling most of the man’s blustering noise. Still, it made listening for anything moving about in the corridor outside difficult. Kelen wondered if Seneecian ears were better at catching sounds than human ears. It wouldn’t surprise her if they were.

Throwing another combustible rock into the fire, she glanced again at the dark form on the other side of the fire. If there was any way or any chance that she and Kyber could sneak off somewhere private, she wouldn’t hesitate. That time they’d spent in the little apartment-like chamber was almost a dream now. If not for the gnawing ache between her legs, she could easily have imagined it.

But it was real. It had happened. And now she found herself deeply longing to feel the creature’s strong arms around her. To have his mouth tasting hers before taking slow, provocative licks across her skin. To spread herself so that his arousal could penetrate deep—

Something popped, throwing her back to the present. Kelen whirled around, weapon at the ready, and surveyed the room. She finally surmised it must have been one of the flammable rocks exploding from the heat. It was fortunate. She’d been daydreaming, losing her focus, and that loss of attention could have been deadly if the sound had come from something dangerous.

Something or someone. Don’t forget, Kelen, there are two of us running renegade out there. One human and one Seneecian, and both of them are hell-bent to destroy us and each other.

Which was why she and Kyber couldn’t keep sneaking away to be with each other. At least, not in secret. Sooner or later, they would have to come clean with their fellow shipmates. Hopefully sooner. And let the proverbial excrement hit the exhausts.

She had no idea how she was going to explain it to the others. How could she? She herself didn’t understand how she could have fallen for the big alien who was, until a few days ago, her most vilified enemy. Yes, there were times she felt guilty for her involvement with the Seneecian, but for the most part, she was defensive.

“Very well, Lieutenant. Explain to me why you would give yourself, both emotionally and physically, to one of the enemy?”

Dr. Thorin’s voice was clear inside her head, as if he were sitting there with her. The military psychologist never pulled punches when it came to examining and evaluating a crew member’s mental ability to withstand the rigors of deep space travel and warfare. If she was sitting in the man’s office right now, trying to convince him of how she felt, she could imagine how the conversation would go.

“I’m waiting, Lieutenant. How do you account for your actions?”

“Well, for one thing, Kyber’s risked his life several times to save mine. How can I not be grateful to him for that?”

“Saving your life does not mean you should have sexual relations with him. He’s not even human!”

“He’s humanoid. He’s built like us. But more importantly, he has emotions like us. He cares about life.”

“He is the enemy,”
Thorin’s voice insisted. It was like he was trying to pound that point into her head.
“He cares nothing for you. Only for what you can give him.”

“Oh, so what you’re saying is the only reason he’s risked his own life for mine is because he wanted to get into my pants? Is that what you’re implying, Doctor? Isn’t that a
human male
attribute?”

“Given time, Lieutenant, he will turn on you. He
will
turn on you. And when he does, he’ll devour you. Mentally, physically, emotionally. He’s Seneecian. He is your enemy. If for one second you believe you and he can have any kind of lasting emotional connection, you’re only fooling yourself.”

“And I say you’re wrong, Dr. Thorin. He does love me. He’s told me he does. His actions tell me he does. And I love him in return.”

She could imagine the psychologist’s resulting disdain.
“The fact that you believe your definition of love and that alien’s definition are synonymous is outlandish. You’d better heed my words, Lieutenant. Reconsider this brash action, or it may strike back at you with a vengeance.”

Kelen observed Kyber as he rolled over. Between the dancing flames, she saw him glance her way. Noticing she was watching him, he smiled gently, then quickly averted his eyes. But there was no denying the expression she’d seen on his face.

“Heard and understood, Doctor. But it’s a risk I’m more than willing to take.”

The coming days would tell.

She had no idea how long she sat there. There were a couple of times her butt got sore. When she couldn’t take it any longer, she’d stand and walk over to the thick wooden door and place her ear against it to listen. She tried to keep her imagination from creating more insidious monstrosities that were ready to attack the small band of survivors.

She glanced behind her to see Jules sitting up and grinning at her. He knew she was as oblivious to the time as he was. They had yet to discover how many hours constituted a full day and night for this half-world. And being underground gave them no clue as to whether it was light or dark outside.

“As if it matters,” the ex-navigator added before she could reply.

“I’m sure if you asked, Dox could make us a clock of some sort,” she told him. Both of them glanced over to where the little man lay curled up amid his collection of odds and ends that he’d brought with him from their crashed ship.

“Wouldn’t we all?” Mellori sat up, passing gas at the same time. He didn’t apologize, but no one expected him to. The simple niceties of civilization had been abandoned the moment they crash landed. “Anything?” he asked Kelen.

She shook her head. “No. Nothing. Not even a slither.”

“Me.” Kyber smoothly got to his feet and stretched. Kelen tried not to stare at the way his muscles bunched and undulated beneath his short fur, but she couldn’t help but notice the way he limped when he started toward the door. As did the doctor who, like the rest, began rousing himself.

“I want to check on that wound, Kyber,” the man ordered.

“Go ahead and let the doc check it,” Fullgrath grumbled. “There’s few enough of us as it is. We don’t need someone getting sick with an infection because they were too hardheaded to admit they needed medical attention.” Seeing that others around him were giving him a surprised look, the man shrugged. “What? So I speak from experience. What gives?”

“What is our mission for today?” Massapa spoke up. Like Kyber, he got to his feet and stretched. Kelen got the impression it was almost ceremonial.

Summer at Oyster Bay: A gorgeous feel good summer romance by Jenny Hale
God's War by Kameron Hurley
Warm Wuinter's Garden by Neil Hetzner
Suspended Sentences by Brian Garfield
Stealing Through Time: On the Writings of Jack Finney by Jack Seabrook
All Is Bright by Sarah Pekkanen
Star Bright by Catherine Anderson
Everything to Gain by Barbara Taylor Bradford
Southern Heat by Jordan Silver
Stockings and Cellulite by Debbie Viggiano