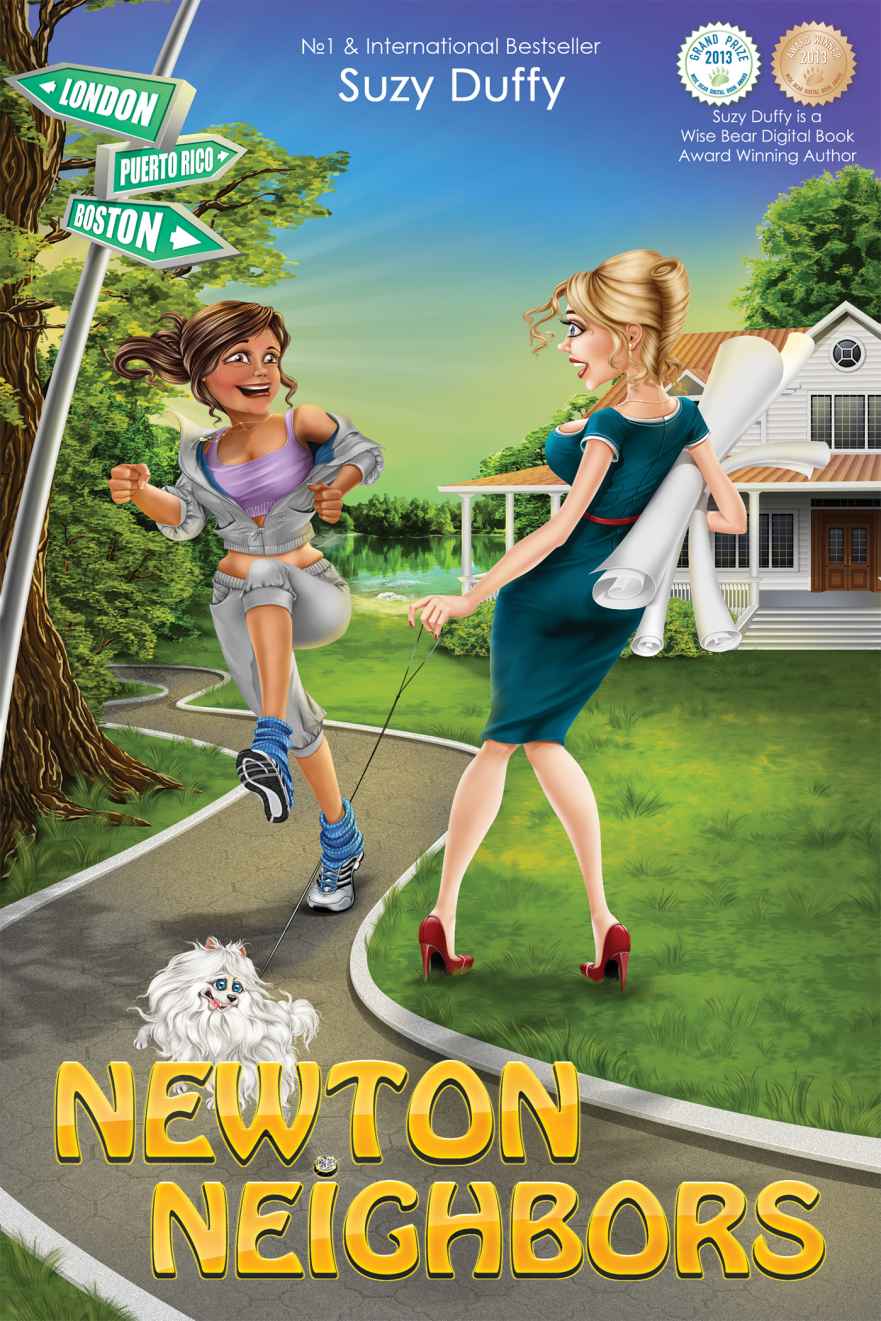 Chapter Three No Need for Alarm

Chapter Eleven In the Deep End

Chapter Sixteen Going on an Adventure

Chapter Seventeen At the End of the Day

Chapter Twenty-Three One Lump or Two?

Chapter Twenty-Six The Same Only Different

Chapter Twenty-Eight Bring on the Fireworks

Chapter Twenty-Nine After the Party

Chapter Thirty The Morning After

Chapter Thirty-One Up, Up, and Away

This work is copyrighted. All rights are reserved. Apart from any use as permitted under the Copyright Act 1968, no part may be reproduced, copied, scanned, stored in a retrieval system, recorded or transmitted, in any form or by any means, without the prior written permission of the publisher.

All characters and events in this Book – even those sharing the same name as (or based upon) real people – are entirely fictional.  No person, brand or corporation mentioned in this Book should be taken to have endorsed this Book nor should the events surrounding them be considered in any way factual.

This Book is a work of fiction and should be read as such.

She still knew how to work her charms—hands on hips, subtle breath in through parted lips to elevate bust, chin raised, head tilted. She could do it all in a microsecond but make it look natural.

Tonight she was wearing a brand new, figure hugging scarlet-red dress with a plunging neckline. “You like?” She pouted for extra effect.

Rick crossed the room in three strides. “Baby, you’re still my weapon of mass seduction.” His voice had dropped an octave already. Blood was on the move.
Damn
.

Maria pushed against his chest as he wrapped his arms around her, because she knew where this was going. “Ricky, I was looking for your approval, not sex. Look, Cody’s downstairs, the sitter’s due here any moment, and we don’t have time.”

“Oh, come on.” He kissed her neck and nuzzled into her long, wavy hair, but she pushed him away.

“What if your son walks in?”

Maria tried to laugh it off, knowing it was her fault for giving him the come-on.

“No! You grab a bottle of wine for the party and I’ll check on the baby.” She walked away without giving him a chance to argue. Everything she had said was correct—they didn’t have time for sex—but that wasn’t why she’d pushed him away. The truth was she had a secret. If Ricky thought she was a weapon of mass seduction, it was because Maria had upgraded her ammunition.

It looked like a gymnast’s leotard, but it was made by NASA and the ad had promised to reduce her waist by at least two inches. The fact it took fifteen minutes to squeeze into and she had no idea how long before she might asphyxiate was academic. Maria was thrilled with the result. She looked like her old self, with curves hauled back into the right position, and that was all that mattered. But there was no way she was showing it to Ricky. The plan was to wear it to the party, look amazing, and then when they got home, she would peel it off in the bathroom before he ever saw. Easy but spontaneous seductions were not part of the agenda.

Alice’s room was across the hall from hers, and the door was already ajar. Maria tiptoed in her room because her little girl was a light sleeper.
Who knew two children could be so different?
she thought, admiring her perfect little girl. With her eyes closed and gorgeous little body so still, it was hard to believe she was such a fussy baby. Alice was difficult to keep happy. She seemed to be either whining or crying all the time. Maria had brought her to three different doctors, but they had each said the same thing—Alice was a healthy little ten-month-old.

Cody was ten years old now, but Maria still remembered how mellow he had been as a baby. All she had to do was look at him and he smiled. No matter what she tried with Alice, the baby cried. It had been a very tough ten months, but none of that mattered tonight. Alice was asleep, and Maria and Ricky were going out for a good night with friends.

“Shhh, honey, shhh. Don’t wake up.” She rested her hand on the baby’s stomach to try to lull her back to sleep. “Good girl.”

“Maria!” he shouted even louder. This time she ran out of the room and closed the baby’s door quietly.

Maria bent over the banister rail and whisper-shouted to her husband. “Ricky, keep it down. You know Alice is asleep.”

He walked to the bottom step of the stairs. “Damn. I’m sorry. Look, do you want to call the sitter? She’s real late.”

The dreaded sound of a baby starting to cry filled the landing.

“Now look what you’ve done!” Maria glared at her husband, kicked off her stilettos, and went back into Alice’s room. She knew she would be pacing the nursery floor for the next hour. It was no place for three-inch heels.

Rick was annoyed with himself for shouting up the stairs and even more so that the sitter was late. What kind of first impression was that? Then the doorbell rang.

His son and the dog sprinted to answer it.

“Cody, you wanna get that?”

Rick was joking, because there was really no way to outrun the ten-year-old. Cody was going through the first-to-be-everywhere phase. To add to the chaos, the Labrador started another of her barking frenzies.

“Quiet, Orga!” Rick yelled at the dog, but it didn’t do any good. He could still hear Alice wailing, and her protests were getting louder not softer. The ruckus downstairs would only unsettle her more.

Damn.
He headed for the kitchen to grab a bottle of something to bring to the party. The sooner they got out the better. They needed a break.

Cody had been sulking around the house all afternoon, telling everybody who would listen that he was too old for a sitter. He claimed some of his friends didn’t even have sitters anymore, but when Rick had talked it over with him, it turned out it was the ones with older sisters. Cody had eventually decided if any of his friends found out, he’d say his mom got the sitter for his little sister. Rick agreed that was a great idea.

Rick decided to bring a bottle of champagne to the party because it was a birthday celebration and it might earn him some brownie points with Maria. Then he headed back to the hall to meet the new sitter.

The first thing Rick saw was Cody smiling and the sitter laughing at something his son had said. She was gorgeous. Long blond hair, big eyes, striking features. Rick had met many sitters over the ten years of his son’s life. They had been a normal mix of pretty, plain, fun, dull, but this one was a real beauty. She could have been modelling instead of watching kids.

He pushed the notion out of his mind. “Hi,” he said, his voice a little too jovial.
Take it down a notch
. “I see you’ve met Cody already.”

The dog was still barking.

“Orga, be quiet.” The hound started sniffing the newcomer instead. He moved the champagne bottle to his left hand so he could shake with his right. “I’m Rick, Cody’s dad.”

Rick felt uncomfortable and his face was hot. Was he blushing? He wondered if that was even physically possible. Wasn’t there an age limit on blushing? The last time he’d glowed this hot, he was in the fourth grade and Judi Schillawaski had—without any warning—kissed him.

This girl was more beautiful than Judi Schillawaski.

“Maria’s upstairs with Alice. She just woke up.” Rick winced when the baby let out another wail. “You might need to play with her for a while. Alice, I mean. You might have to play with Alice, the baby, not Maria, my wife.”

Jessica laughed. “I’m the eldest of five and love babies, so really, I’m happy to play with Alice.” She glanced at Cody who was surreptitiously studying her. “And I love playing with big boys, too,” she said.

Now it was Cody’s turn to blush. He turned away. If it hadn’t been for his own discomfort, Rick might have felt sorry for the boy. He had clearly spotted that the new sitter was a beauty. The kid was growing up.

“Cody, will you put that damn dog out in the backyard? I’m sorry, Jessica. She gets excited, but she’ll calm down in a few minutes. It’s just because you’re new.”

With the boy gone, they were alone, and Rick felt his body tense. What in the hell was his problem? He was usually good with meeting new people. This one was different.

“Let me show you around,” he said, but the words felt awkward. Until this evening, the sitters had been little more than kids themselves. He’d never felt wrong-footed or goofy like he did now.
Get a grip
, he chastised himself, and then he gave best his corporate smile. “I’m thinking that’s an English accent?”