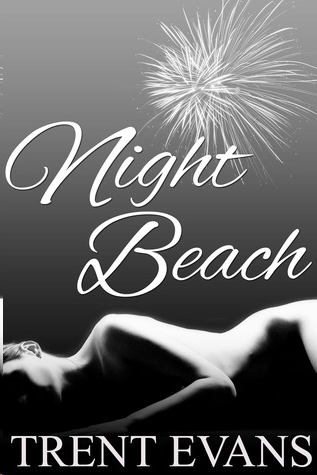 A
Message of Love

A
Lady and a Maid

The book contains content that is not suitable for readers
aged 17 and under.

For mature readers only.

Thank you for
downloading this e-book. This e-book is licensed for your personal enjoyment
only. It may not be reproduced or used in whole or in part by any means
existing without express written permission from the author, Trent Evans, at
[email protected]

Warning: The unauthorized reproduction or distribution of
this copyrighted work is illegal. Criminal copyright infringement, including
infringement without monetary gain, is investigated by the FBI and is
punishable by up to 5 years in federal prison and a fine of $250,000. (See
http://www.fbi.gov/ipr
for more information about intellectual property rights.)

This book is a work of fiction and any resemblance to
persons-living or dead-or places, events, or locales is purely accidental. The
characters are reproductions of the author’s imagination and used
fictitiously
.

To my wonderful beta readers: Alice, Anna, Gina and Sheri.
I can’t thank you enough for all the help you’ve provided on this one!

Erica was one night away from fulfilling her lifelong dream
— to experience true submission. Why does a modern, free woman seek to give
away her liberty? To fritter it away in pursuit of that one state of being,
that singular experience of being subject to another’s will.

Standing at the floor-to-ceiling window, she felt lost in
the immense room, lost within herself. There were people outside, far below on
the beach, walking along the car-choked road crowded on both sides with
businesses all jockeying for the same tourist dollar. Atop the hill, nestled
among Douglas fir and towering Western Hemlock, the sprawling house — her
temporary prison — surveyed all.

The late afternoon sun hit the water at just the right
angle, the light captured, reflected, transforming the blue green, foam-flecked
ocean into the mottled iridescence of flowing, molten metal. Erica had always
loved the sea, and though she’d lived most of her life within ninety miles of
it, she could count on one hand the number of times she’d actually
seen
it. Every time, it took her breath away; the enormity of it; that confirmation,
at once humbling and freeing, of just how small and insignificant a human being
really was.

“Come to the ocean to be … not free,” she whispered. “You
should have listened to your Mom.”

A mother’s job is to protect her young, and Erica
remembered that night she’d told her mother she’d be taking a break from
school. There were the questions, the suspicions, all of it overlaid with the
unspoken fear a good mother feels when her young, naive children stray from
carefully laid parental plans.

Erica found those plans nothing less than a numbing path to
invisibility, the captivity of normal expectations; she sought captivity of
quite another sort.

No, mom, it’s not because of a boy.
Erica couldn’t really tell her could she? Some things just
can’t be processed.

When your life has been meticulously planned, managed by
your parents all the way up to college, you’re going to be taking some flack
when you decide to quit said college — and Erica took a lot of it.

Worse than her worried mother though, had been the
stone-cold silence from her father. He wouldn’t even talk to her. It was like
something you’d watch in a Lifetime™ movie: daughter delivers Big Reveal;
seething Father, brow properly furrowed, stalks off accompanied by mournful
piano score. End scene.

Erica didn’t blame him, of course — not one bit. She’d have
been
livid
if she’d been in their shoes. But they didn’t really know,
couldn’t really understand. How do you explain the appeal of subjugation, the
frisson of lust a girl experiences amidst diabolically cruel humiliation, the
soaring, otherworldly high following the searing pain of a caning? Trying to
explain that to her loving parents would be about as successful as attempting
to teach algebra to a toddler.

So she ran. It had been six months since that night.

The door opened behind her, but she stayed rooted to her
spot, gazing out at the freedom just beyond the glass. The elegant maid Ana had
said she’d be up soon to deliver Erica’s “meal,” How bread and water were regarded
as a meal, Erica would never understand. She’d been warned though. Sir had
outlined to her over the phone what accommodations she could expect at the
beach house, and part of her at least (that unthinking part south of her
waist), really didn’t mind the idea of mealtime as penance. As long as it was
by his direction, by
their
direction, she would obey …and want even
more.

Down there, a lazy summer evening unfolded, the crisp,
salt-scented wind banishing any trace of the afternoon’s summer heat while atop
the hill, Erica, the tall, lonely bird, caught in her gilded cage looked on, at
once wistful and grateful. Her keen vision could pick out the red flash of
color as someone slid across a sheen of waterlogged sand on a boogie board.
Much further out she could see the white smudge of a low-slung cabin cruiser,
bobbing as it drew too near to the surf zone.

Then a moment before she felt it, she saw the slight
movement, the black color out of the corner of her eye, reflected in the thick
double pane of the huge plate glass window. She moved to turn, but a hand
pressed to her upper back, pushing her against the cold plane of the window.
Nipples stiffened under the thin blouse, her chest against the hard glass.
“Stay right there. Hands on the window.”

It was him! Her heart hammered in her chest, her hands
shaking. She put her heated palms against the cool glass.

She ran them along the smooth surface, grateful for
something to mask her shakes.

“Mm, so tall,” he murmured, standing close behind her. His cologne
wafted over her, along with something else.

“You stay right where you are, Erica. I’m taking a shower.
Need to get this fucking cigarette smell off of me.” He pressed the solid
length of his body to her back, the bulge at his crotch against her buttocks.
“If I come back to find you’ve moved
one inch
, I’ll be giving that cute
ass of yours a beating earlier than I’d planned.”

His lips nuzzled her earlobe, his stubble rough against her
skin. Then he was gone, leaving her trembling against the glass, held as fast
as if he’d bound her in truth. She wondered what one of those summer tourists
would see if they but turned to look up the wooded hill? Could they spot the
slim woman spreading herself against the window as if she were being frisked?
The sudden mental image of Sir’s big hands roughly manhandling her vulnerable
flesh sent her clit humming. She knew the locals would smile knowingly, moving
on with the remainder of their day.

Blaine Forster meant as much to the town as ten thousand
tourists did, and the long-time residents knew it. So what if the rumors of
what went on at his stunning vacation home occasionally drew raised eyebrows
and clucking tongues? Those who knew him knew what he represented, understood
when it was wise to make an issue, and when it was prudent to simply move on
with life.

“I’ll just leave your lunch for you here.” Erica nearly
jumped out of her shoes. The maid. How had she missed the woman’s entry?

Erica heard a tray laid down on the wood of the bar. She
smiled. Only someone as loaded as Blaine would feel the need to have a goddamn
bar
in his bedroom. “Ah, thank you. I—”

“No need to explain, Erica.” The satisfaction in the
woman’s soft voice made Erica want to crawl under the bed as her face burned.
She heard the door close behind her, grateful that the maid had not shown up
later — though she had no real idea what was coming later.

Fighting the absurdly strong urge to turn to look at her
meager repast, she kept herself plastered to the glass like a perp thrown
against a convenient wall by a cop to search and cuff.

She assumed the cuffs would be coming a little later.

The sun had lowered considerably, its waning, filtered
light shining directly into the room. Erica wondered at the shadow her body
must have cast on the wall behind her. Alas, she didn’t dare turn to look at
it. Yes, the idea of Blaine whipping her ass didn’t exactly sound
all
bad,
but she hadn’t yet summoned up enough courage to defy one of his orders
outright. Besides, she knew she wasn’t a brat; she found it a richer, far more
exciting experience to obey him … in everything.

So there she stood, watching the daytime world slowly give
way to that of the night. She grew up in Portland, OR, and she remembered the
remarkable transformation that occurred in downtown on the weekends. Where
during the daylight hours there were the business suits, the tasteful, stylish
skirts, the occasional garishly dressed hippie bucking the conformity of the
business day, those gave way to the night — and an entirely different city seemingly
grew right out of the ground. There were the street kids, the slumming, BMW-driving
teenagers, the punks, wannabe gangbangers, the hookers — she had even seen a
man walking across Ankeny wearing nothing but a pair of assless chaps.

That concept of two beings in one had stayed with her, for
it was something she felt particularly keenly. She’d given up trying to relate
to friends swooning over the romantic dinner their boyfriends had taken them
on, when her idea of “romance” was to be bent naked over the back of her couch
and spanked. She’d ceased arguing with friends who’d used sex as a tool,
leverage to be used against boyfriends that she generally found rather nice
(though there were one or two douche bags as well, truth be told).

The very idea of withholding sex seemed …alien to her.
Erica couldn’t really get enough of it, as long as it was kinky — preferably
depraved. She
liked
giving pleasure, and her drive, her urge to serve
had always unnerved her. Her mother tutted at Erica when she deferred to
others, strived, often at her expense, to make others feel better. She loved
taking care of people — and that drive naturally extended into her sexuality.

The blue white of arc-sodium streetlights randomly
flickered on below. A single, poor police car, strobes and blues flashing,
crawled along the nearly gridlocked coastal road. It surprised her to see only
one cop on the night of the Fourth of July, but then again, the night had
barely begun. People from the valley would be flooding in, and the cops would
have more pressing matters to attend to than directing traffic. Up in her world
though, none of that mattered, really, for her concern was only for him — and
for her. It was a big night; Sir had told her that he and Kathryn had been
discussing things, their arrangement. He had hinted that it might be time to
take things to the next level. They would need to test her though, to see if
she was capable of meeting all of their … needs.

Erica just hoped she didn’t fuck it all up.

Erica had been leaning against the window, her shoulders
burning, and she straightened at his voice.