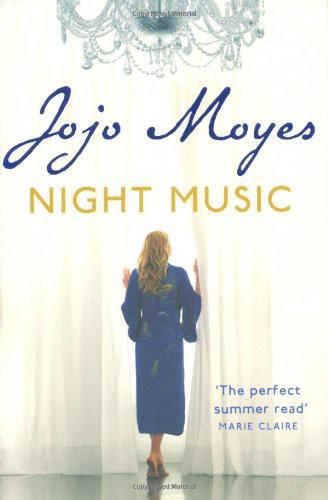 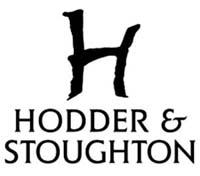 THE SHIP OF BRIDES

The right of Jojo Moyes to be identified as the Author of the Work has been asserted by her in accordance with the Copyright, Designs and Patents Act 1988.

And to anyone who has ever

considered getting the builders in

It is a dragon that has devoured us all: these obscene, scaly houses, this insatiable struggle and desire to possess, to possess always and in spite of everything, this need to be an owner, lest one be owned.

Reproduced by permission of Pollinger Limited and the Estate of Frieda Lawrence Ravagli.

We never really belonged in the Spanish House. Technically, I suppose, we owned it, but ownership suggests some level of control and no one who knew us – or the house – could ever have suggested that we had any control over what happened there.

And despite what it said on those bits of paper, it never felt as if it truly belonged to us. It felt too crowded from the start. You could almost feel other people’s dreams projected on it, sense the waves of envy, or distrust, or desire that permeated its walls. Its history was not our history. There was nothing – not even our dreams – binding us to it.

When I was little, I thought a house was just a house. A place in which we ate and played and argued and slept, four walls between which we got on with the business of living. I never gave it much thought.

Much later, I learned that a house could be so much more than that – that it could be the culmination of someone’s desires, a reflection of how they saw themselves, how they wished to see themselves, that it could make people behave in ways that disgraced or shamed them. I learned that a house – just bricks, mortar, wood, perhaps a little patch of land – could be an obsession.

When I leave home I’m going to rent.

Laura McCarthy closed her back door, stepped over the sleeping dog that was dribbling peacefully on to the gravel, and walked briskly across the garden to the back gate. Balancing the laden tray on one arm, she opened it, slid nimbly through the gap, and went into the woods and down to the stream, which, it being late summer, had dried up again.

It took two steps to cross the planks with which Matt had breached the ditch the previous year. Before long it would rain and they would be slippery and treacherous again. Several times, the previous year, she had skidded while crossing, and once the tray’s entire contents had ended up in the water, a feast for some unseen creature. Then she was up the other side, the soil damp and sticking to the soles of her shoes, making her way towards the clearing.

Out of the shade the evening sun was still warm, bathing the valley in balmy, pollen-laden light. In the distance she could see a thrush, and hear the peculiar, abrasive chatter of starlings as they rose in a cloud and settled again on a distant copse. She straightened the lid of one of the dishes, inadvertently releasing a rich, tomatoey scent that made her quicken her pace towards the house.

It had not always been so decrepit, so unapologetically grim. Matt’s father had told him tales of shooting parties gathered on the lawns, of summer evenings when music floated from white marquees and elegantly dressed couples perched on the limestone walls and drank punch, their laughter muffled by the forest. Matt remembered a time when the stables had been filled with glossy horses, some kept purely for the benefit of weekend guests, and a boathouse on the edge of the lake for those who liked to row. Once, he had told her these stories often; it had been his way of equating it with her family home, of suggesting their future together would match what she had left behind. Perhaps it was a way to imagine what might lie ahead. She loved those stories. She knew exactly how the house would look if she had her way – there wasn’t a window she hadn’t mentally dressed, an inch of floor she hadn’t re-covered. She knew how the lake looked from every east-facing room.

She stopped at the side door and, out of habit, reached into her pocket for a key. Once, it had been locked daily, but there was little point now: everyone around here knew there was nothing to steal. The house sagged, its paint peeled as if it could no longer be bothered even to reflect on its grand past. Downstairs, several missing panes had been covered with odd bits of wood. The gravel was sparse and overwhelmed by nettles, which brushed malevolently at her shins.

She waited until she heard a grunt upstairs. It was wise to alert the old man to one’s arrival – the lintel was still peppered with shot from the occasions when she had forgotten. Luckily, her husband had remarked, the old bugger had always had a poor eye.

‘I’ve brought you your dinner.’

She listened for the answering grunt, then went upstairs, the wood creaking under her feet.

She was fit, and barely needed to draw breath after several steep flights of stairs. But all the same she stood for a moment before she opened the door to the master bedroom. What might have been a sigh, or a flicker of resignation, passed through her before she placed her hand on the doorknob.

The window was partially open, but the smell of elderly, unwashed male hit her squarely and sourly, with its attendant, underlying odours of dust-filled soft furnishings, camphor and stale beeswax. An old gun was propped beside the bed, and the colour television they had bought him two years ago stood on a small table. Age and neglect could not disguise the room’s elegant dimensions, the way the frames of the bay window neatly bisected the sky. But the visitor’s attention was never allowed to linger long on its aesthetic qualities.

‘Only a few minutes,’ she said, deliberately bright. She placed the tray on the table beside him and straightened. ‘I couldn’t get away. I had my mother on the phone.’

‘What did she want? Didn’t you tell her I was over here,
starving
?’

Laura’s smile barely wavered. ‘Believe it or not, Mr Pottisworth, you are not always my sole topic of conversation.’

‘I bet Matt is, though. What’s he been up to now, then? She ring you up to tell you you’d married beneath you, did she?’

Laura turned to the tray. If there was a slight stiffening in her back, Mr Pottisworth failed to see it. ‘I’ve been married eighteen years,’ she said. ‘I hardly think my choice of husband is breaking news.’

‘Chicken casserole with a baked potato. And it’s not remotely cold. It’s had a lid on.’

A mottled head, with a scattering of grey hair, emerged from beneath the quilt. Two snake-lidded eyes rested on her and narrowed. ‘What you want to wear your trousers so tight for? You trying to show everyone what you’ve got?’

‘They’re jeans. It’s how everyone wears them.’

She ignored him. ‘I’ve brought you up some brown sauce for the potato. Do you want it on the side of your plate?’

‘I can see your nubbles.’

‘Or would you prefer grated cheese?’

‘Through that top. I can clearly see your nubbles. Are you trying to tempt me?’

‘Shouldn’t wear saucy little see-through brassières like that, then. Back in my day a respectable woman wore a vest. A good cotton vest.’ He raised himself against his pillows, the gnarled hands twitching with remembrance. ‘You could still get a good feel, though.’

Laura McCarthy counted to ten, making sure her back was to the old man. She looked down surreptitiously at her T-shirt, trying to work out how much of her brassière he could actually see. Last week he had told her his eyesight was failing.

‘You sent that boy of yours up with my lunch. Hardly says a word to me.’ The old man had begun to eat. A sound not unlike a blocked drain clearing filled the room.

‘Yes, well, teenage boys don’t have a lot to say for themselves.’

‘Rude, that’s what he is. You should tell him.’

‘I will,’ she said. She moved around the room, clearing glasses and mugs and placing them on the empty tray.

‘I get lonely in the day. I’ve only had Byron in since lunch, and all he wants to talk about is ruddy hedgerows and rabbits.’

‘I’ve told you, you could have someone in from social services. They’d tidy up a bit, have a chat. Every day, if you wanted.’

‘Social services.’ He grimaced, a thin rivulet of gravy running down his chin. ‘I don’t need that lot sticking their noses into my business.’