Read Night of the Raven Online

Night of the Raven 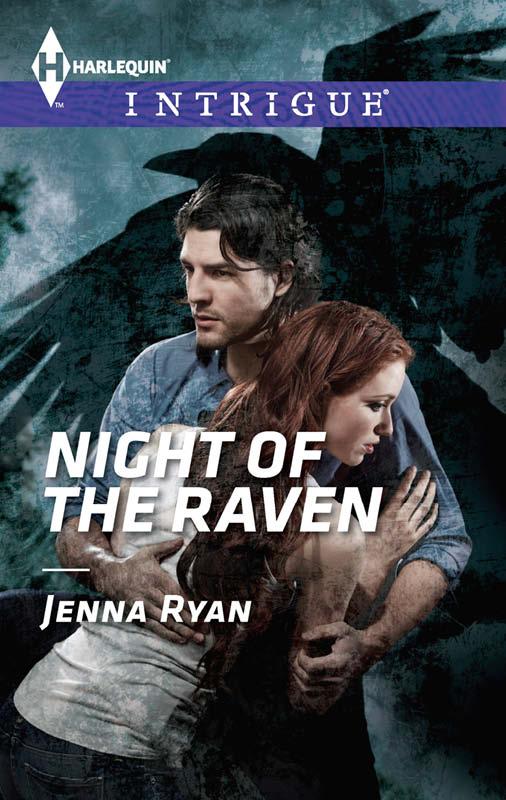 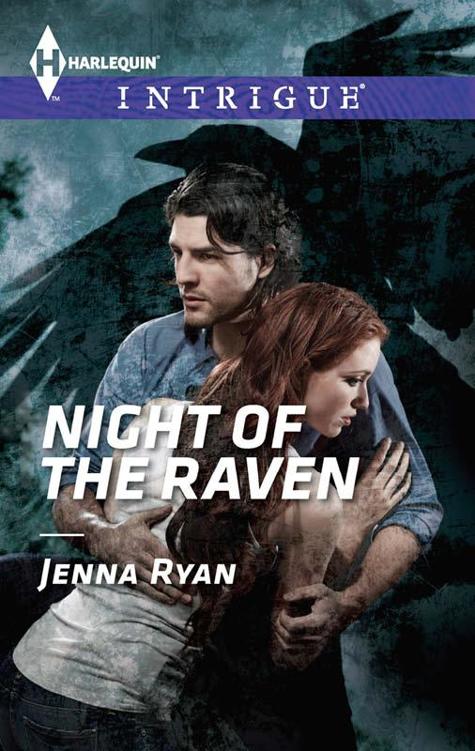 HE’D LANDED IN A TOWN STEEPED IN CURSES AND LEGENDS

Ethan McVey was in Raven’s Hollow to fill in for the police chief, not get entangled in a decades-old legend. But one look into Amara Bellam’s striking gray eyes—eyes that had haunted his dreams for fifteen years—and he was helpless to turn his back on the vulnerable beauty. He vowed to keep her safe from the killer targeting her.

Amara couldn’t deny the parallel between the recent murders and her family’s local lore…nor could she ignore her undeniable attraction to her dark and mysterious protector. But as the danger to her life increased, Amara questioned if the killer was truly after her for her past, or was seeking to destroy something much closer to home.

“Why the hell has your witchy face been in my head for the past fifteen years?”

McVey didn’t expect an answer. He wasn’t even sure why he’d asked the question. True, she looked very much like the woman in his recurring dream, but the longer he stared at her—couldn’t help that part, unfortunately—the more the differences added up.

On closer inspection, Amara’s hair really was more brown than red. Her features were also significantly finer than…whoever. Her gray eyes verged on charcoal, her slim curves were much better toned and her legs were the longest he’d seen on any woman anywhere.

He might have lingered on the last thing if she hadn’t slapped a hand to his chest, narrowed those beautiful eyes to slits and seared him with a glare.

“What the hell kind of question is that?”

NIGHT OF
THE RAVEN

Jenna started making up stories before she could read or write. As she grew up, romance always had a strong appeal, but romantic suspense was the perfect fit. She tried out a number of different careers, including modeling, interior design and travel, but writing has always been her one true love. That and her longtime partner, Rod.

Inspired from book to book by her sister Kathy, she lives in a rural setting fifteen minutes from the city of Victoria, British Columbia. It’s taken a lot of years, but she’s finally slowed the frantic pace and adopted a West Coast mind-set. Stay active, stay healthy, keep it simple. Enjoy the ride, enjoy the read. All of that works for her, but what she continues to enjoy most is writing stories she loves. She also loves reader feedback. Email her at
[email protected]
or visit Jenna Ryan on Facebook.

Ethan McVey—
A man of many secrets, the new Raven’s Cove police chief will do all he can to protect Amara.

Yolanda Bellam—
She runs the Red Eye bar in Raven’s Hollow, and she doesn’t like her job, or Amara.

Brigham Blume—
There’s no love lost between the burly raven tamer and anyone bearing the name Bellam.

RJ Blume—
He has cared for his aging uncle Lazarus for many years.

Hannah Blume—
Her death is a mystery. But was it brought about by a crime lord or someone with a personal grudge?

Westor Hall—
He knows all about McVey’s secret past.

Willy Sparks—
The crime lord who wants Amara dead has sent a member of his extended family to do the job for him.

To Anne Stuart, who got the writing ball rolling for me.
Thank you, Anne, for all the great books.

The scene felt so real, McVey figured this time it might not be unfolding in his head. His totally messed-up head, which wasn’t improving thanks to the dream that had haunted him every night for the past two weeks.

The moment he fell asleep, he found himself trapped in an attic room that smelled like old wood, wet dirt and something far more pungent than boiled cabbage. The air was muggy and strangely alive. Thunder crashed every few seconds and tongues of lightning flickered through a curtain of fetid gray smoke.

He knew he was hiding, hunkered down in some shadowy corner where the two people he watched—barely visible within the smoke—couldn’t see him.

The man’s fingers clenched and unclenched. The woman circled a small fire and muttered unintelligible words.

Two violent thunderbolts later, only the woman and the smoke remained. The man had vanished.

Okay, that couldn’t be good. McVey searched frantically for a way out of wherever he was before whoever
she
was saw him and made him eat the same black dripping thing she’d given the now-gone man.

With her eyes closed and her hair and clothes askew, she mumbled and swayed and breathed in choking fumes. Then suddenly she froze. In the next flash of lightning her head began to turn. Slowly, creepily, like a rusty weather vane in a bad horror film.

Her eyes locked on McVey’s hiding place. He heard the black thing in her hand plop to the floor. She raised a dripping finger and pointed it straight at him.

“You,” she accused in a voice that made him think of rusty nails soaked in whiskey. “You saw what passed between me and the one she would have you call Father.”

Whoa, McVey thought on an unnatural spurt of fear. That was a whole lot, what she’d just said. A whole lot of nothing he understood, or wanted to.

“You have no business here, child.” She started toward him. “Don’t you know I’m mad?”

Right. Mad. So why the hell couldn’t he move his—? He stopped the question abruptly, backpedaled and latched on to the other word. Child?

Shock, slick and icy, rolled through him when he looked down and saw his feet encased in tiny, shin-high boots.

Thunder rattled the house. His head shot up when he heard a low creak. Watching her smile, he realized with a horrified jolt that she was beautiful. He also realized he knew her, or at least he recognized her.

When she pointed at him again, the spell broke and he reached for his gun on the nightstand. Except there was no nightstand, and the next streak of lightning revealed a hand that wasn’t his. Couldn’t be. It was too small, too pale and far too delicate.

“Don’t be afraid, child.” Her voice became a silky croon. Her ugly clothes and hair melted into a watery blur of color. “I won’t harm you. I’ll only make what you think you’ve seen go away.”

McVey wanted to tell her that he had no idea what he’d seen and the only thought in his head right then was to get out of there before her finger—still dripping with something disgusting—touched him.

He edged sideways in the dark. He could escape if the lightning would give him a break.

Of course it didn’t, and her eyes, gray and familiar, continued to track his every move.

“There’s no way out,” she warned. With an impatient sound she grabbed his wrists. “I don’t want to hurt you. You know I never have.”

No, he really didn’t know that, but wherever he was, he had no gun. Or strength, apparently, to free himself from her grasp.

She laughed when he fought her. “Foolish child. You forget I’m older than you. I’m also more powerful, and much, much meaner than your mother.”

She dragged him out of the corner. “Come with me.”

When she hauled him upright, he stumbled. Looking down, he saw the hem of the long dress he’d stepped on.

“Why am I...?” But when he heard the high, unfamiliar voice that emerged from his throat, he choked the question off.

The woman crouched to offer a grim little smile. “Believe me when I tell you, Annalee, what I will do to you this night is for your own good....”

M
C
V
EY SHOT FROM
the nightmare on the next peal of thunder. The dark hair that fell over his eyes made him think he’d gone blind. A gust of wind rattled the shade above his nightstand and he spotted the stuttering neon sign outside. It wasn’t until he saw his own hand reaching over to check his gun that he let himself fall back onto the mattress and worked on loosening the knots in his stomach.

That they remained there, slippery yet stubbornly tight, was only partly due to the recurring nightmare. The larger part stemmed from a more tangible source.

It was time to do what he’d known he would do for the past two weeks, ever since his nineteenth birthday. Ever since his old man had pried a deathbed promise from his only son.

He would set aside the disturbing fact that every time he fell asleep these days he turned into a young girl who wore long dresses and old-fashioned boots. He’d forget about the woman he thought he should know who wanted to give him amnesia. He’d focus strictly on keeping the promise he’d made to his father. If that meant turning his back on the people he’d worked with since...well, not all that long actually, so nothing lost there. He was going to walk away now, tonight, keep his promise and change the course of his life.