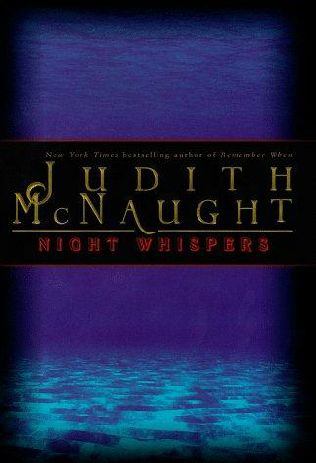 A policewoman in a small
Florida
community, Sloan Reynolds knows that her modest upbringing was a long way from the social whirl of
Palm Beach, the world inhabited by her father and her sister, Paris. Total strangers to Sloan, they have never tried to contact her—until a sudden invitation arrives, to meet them and indulge in the
Palm Beach social season.

A woman who values her investigative work more than a Dior dress, Sloan is unmoved by the long-overdue parental gesture. But when FBI agent Paul Richardson informs her that her father and his associates are suspected of fraud, conspiracy, and murder, Sloan agrees to enter into her father's life—while hiding her true profession.

Sloan's on top of her game until she meets Noah Maitland, a multinational corporate player and one of the FBI's prime suspects—and finds herself powerfully attracted to him, against her deepest instincts. When a shocking murder shatters the seductive facade of the wealth and glamour surrounding her, Sloan must maneuver through a maze of deceit and passion, to find someone to trust—and to decipher the truth behind those terrifying whispers in the dark.

This book is a work of fiction. Names, characters, places and incidents are products of the author's imagination or are used fictitiously. Any resemblance to actual events or locales or persons, living or dead, is entirely coincidental.

Originally published in hardcover in 1998 by Pocket Books

All rights reserved, including the right to reproduce this book or portions thereof in any form whatsoever. For information address Pocket Books, 1230 Avenue of the
Americas,
New York,
NY
10020

Printed in the
U.S.A.

As your first birthday approaches, it is time to offer you some guidance to help steer you through life. The dedication page of this novel seems a rather good place to do that, and so I give it to you here:

Fight hard for what you believe in—like your uncles.

Each time you succeed, no matter how tiny the success, stop for a moment and listen for a cheer. You'll hear it in your heart. Do you hear it now?

That's me, my darling.

No matter where I am, or where you are, I'll be cheering for you.

And to the following people whose expertise and invaluable assistance enriched the novel, itself…

Alan and Jack Helfman, my personal "magicians" with contacts in all the right places

Last, but far from least, to…

Judy Webb-Smith, my other right arm

H
e'd been following her for three days, watching. Waiting.

By now, he knew her habits and her schedule. He knew what time she got up in the morning, whom she saw during the day, and what time she went to sleep. He knew she read in bed at night, propped up on pillows. He knew the title of the book she was reading, and that she laid it facedown on the nightstand to keep her place before she finally turned off the lamp.

He knew her thick blond hair was natural and that the startling blue-violet color of her eyes was not the result of the contact lenses she wore. He knew she bought her makeup at the drugstore and that she spent exactly twenty-five minutes getting ready to go to work in the morning. Obviously, she was more interested in being clean and neat than in enhancing her physical assets. He, however, was very interested in her considerable physical assets. But not urgently and not for the "usual" reasons.

At first, he'd taken great care to keep her in sight while ensuring that she didn't notice him, but his precautions were more from habit than necessity. With a population of 150,000 people, 15,000 of them college students, the little city of Bell Harbor on Florida's eastern seaboard was large enough that a stranger could move unnoticed among the population, but not so large that he would lose sight of his prey in a jumble of metropolitan expressways and interchanges.

Today he'd tracked her to the city park, where he'd spent a balmy but irksome February afternoon surrounded by cheerful, beer-drinking adults and shrieking children who'd come there to enjoy the Presidents' Day picnic and festivities. He didn't like children around him, particularly children with sticky hands and smudged faces who tripped over his feet while they chased each other. They called him, "Hey, mister!" and asked him to throw their errant baseballs back to them. Their antics called attention to him so often that he'd abandoned several comfortable park benches and was now forced to seek shelter and anonymity beneath a tree with a rough trunk that was uncomfortable to lean against and thick gnarled roots that made sitting on the ground beneath it impossible. Everything was beginning to annoy him, and he realized his patience was coming to an end. So was the watching and waiting.

To curb his temper, he went over his plans for her while he turned his full attention on his prey. At the moment, Sloan was descending from the branches of a big tree from which she was attempting to retrieve a kite that looked like a black falcon with outstretched wings tipped in bright yellow. At the base of the tree, a group of five- and six-year-olds cheered her on. Behind them stood a group of older adolescents, all of them boys. The young children were interested in getting their kite back; the adolescent boys were interested in Sloan Reynolds's shapely suntanned legs as they slowly emerged from the thick upper branches of the tree. The boys elbowed each other and ogled her, and he understood the cause of the minor male commotion: if she were a twenty-year-old coed, those legs of hers would have been remarkable, but on a thirty-year-old cop, they were a phenomenon.

Normally, he was attracted to tall, voluptuous women, but this one was only five feet four with compact breasts and a slender body that was appealingly graceful and trim although far from voluptuous. She was no centerfold candidate, but in her crisp khaki shorts and pristine white knit shirt, with her blond hair pulled up in a ponytail, she had a fresh wholesomeness and prim neatness that appealed to him—for the time being.

A shout from the baseball diamond made two of the older boys turn and look his way, and he lifted the paper cup of orange soda toward his mouth to hide his face, but the gesture was more automatic than necessary. She hadn't noticed him in the past three days as he watched her from doorways and alleys, so she wasn't going to find anything sinister about a lone man in a park crowded with law-abiding citizens who were enjoying the free food and exhibits, even if she did notice him. In fact, he thought with an inner smirk, she was incredibly and stupidly heedless whenever she was off duty. She didn't look over her shoulder when she heard his footsteps one night; she didn't even lock her car when she parked it. Like most small-town cops, she felt a false sense of safety in her own town, an invulnerability that went with the badge she wore and the gun she carried, and the citizens' sleazy secrets that she knew.

She had no secrets from him, however. In less than seventy-two hours, he had all her vital statistics—her age, height, driver's license number, bank account balances, annual income, home address—the sort of information that was readily available on the Internet to anyone who knew where to look. In his pocket was a photograph of her, but all of that combined information was minuscule in comparison to what he now knew.

He took another swallow of lukewarm orange soda, fighting down another surge of impatience. At times, she was so straight, so prim and predictable, that it amused him; at other times, she was unexpectedly impulsive, which made her unpredictable, and unpredictable made things risky, dangerous, for him. And so he continued to wait and watch. In the past three days he'd collected all the mysterious bits and pieces that normally make up the whole of a woman, but in Sloan Reynolds's case, the picture was still blurry, complex, confusing.

Clutching the kite in her left fist, Sloan worked her way cautiously to the lowest branch; then she dropped to the ground and presented the kite to its owner amid shouts of "Yea!" and the sound of small hands clapping excitedly. "Gee, thanks, Sloan!" Kenny Landry said, blushing with pleasure and admiration as he took his kite. Kenny's two front teeth were missing, which gave him a lisp, both of which made him seem utterly endearing to Sloan, who had gone to high school with his mother. "My mom was scared you'd get hurt, but I'll bet you never get scared."

Actually, Sloan had been extremely afraid during her downward trek through the sprawling branches that her shorts were snagging on the limbs, hiking up, and showing way too much of her legs.

"Everyone is afraid of something," Sloan told him, suppressing the urge to hug him and risk embarrassing him with such a show of public affection. She settled for rumpling his sandy brown hair instead.

"I fell out of a tree once!" a little girl in pink shorts and a pink-and-white T-shirt confessed, eyeing Sloan with awed wonder. "I got hurted, too, on my elbow," Emma added shyly. She had short, curly red hair, freckles on her small nose, and a rag doll in her arms.

Butch Ingersoll was the only child who didn't want to be impressed. "Girls are
supposed
to play with dolls," he informed Emma. "
Boys
climb trees."

"My teacher said Sloan is an honest-to-goodness hero," she declared, hugging the rag doll even tighter, as if it gave her courage to speak up. She raised her eyes to Sloan and blurted, "My teacher said you risked your life so you could save that little boy who fell down the well."

A Promise to Believe in by Tracie Peterson
Chasing After Infinity by L. Jayne
Grailblazers by Tom Holt
The Duke's Deceit by Sherrill Bodine
The Deliverance of Evil by Roberto Costantini
Scent of Salvation (Chronicles of Eorthe #1) by Annie Nicholas
Saving Grace (The Grace Series Book 2) by Courtright, Elizabeth
The Book Stops Here: A Mobile Library Mystery by Ian Sansom
Volt: Stories by Alan Heathcock
The Secret Sisterhood of Heartbreakers by Lynn Weingarten