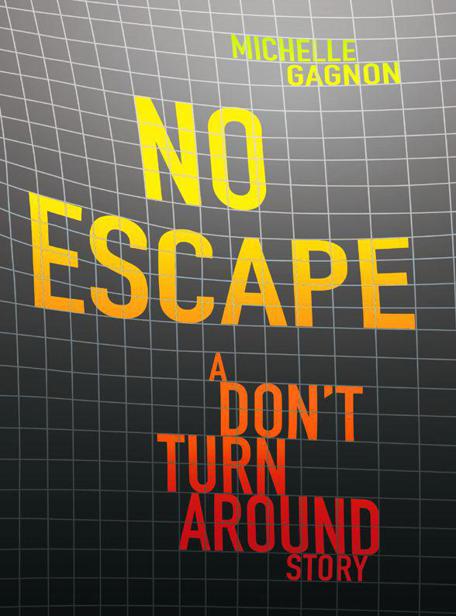 A
Don’t Turn Around
Story

Excerpt from
Don’t Turn Around

Alex ripped free and hurtled past the guy, keeping the purse tucked under his arm.

He ducked and weaved through the crowd milling around the T platform. He’d timed the snatch wrong, yanking the purse off the woman’s shoulder as the subway doors were closing. A guy who’d just gotten off the train heard her muted yelp and realized what had happened. He’d immediately charged after Alex, chasing him through the throng of early-morning commuters.

Crap
, Alex thought. This was why he usually stuck to snagging poorly attended bags off chairs, or sneaking wallets out of back pockets. He was angry with himself for taking the risk, but that thin strap had dangled tantalizingly from the old lady’s shoulder while she struggled with a ridiculous number of shopping bags from pricey boutiques.

He tucked the purse more securely under his arm as he bolted ahead. The turnstiles weren’t far now; another couple hundred feet and he’d fly over them, then up the stairs and into Back Bay Station. There were lots of exits, and the streets outside should still be packed with people. All he had to do was get there....

Alex almost ran straight into a woman who’d stopped abruptly to tie her shoe. He tucked his feet under him, leaping over her at the last possible second, nearly catching her head with his heels as she jerked up in surprise.

The guy’s shouts sounded closer now. Sweat flowed down Alex’s face, matting greasy brownish-red hair to his forehead. His heart and lungs hurt like hell. It had been a long time since he’d run anywhere, and his body was punishing him for all the cigarettes. He felt a coughing fit coming on, the dry air tickling his throat. He tried to swallow it back, thinking,
Not now, please, God, not now....

He couldn’t get caught again. They’d send him back to juvie, and he’d barely survived that place the last time.
Hell no
, he thought. He wasn’t going to get trapped in that mess again. He’d been on his own for nearly a year, and even though it usually sucked, living on the streets was preferable to the alternative. Plus, there was Jenny. She needed him, maybe more than anyone ever had.

Thinking of her, Alex gritted his teeth and ignored the burn in his chest. Renewed determination provided an added blast of speed. He shot over the turnstiles, taking them like a hurdler, and tore up the stairs to emerge on Dartmouth Street, right across from Copley Place. The sidewalk was as crowded as he’d hoped, but a dozen yards away Alex spotted a patrol cop sipping coffee.

Hearing the shouting, the cop turned. His eyes fixed on Alex and immediately narrowed.

Alex gulped hard, nearly wrenching an ankle as he frantically switched direction, heading back toward the station doors …

… where his pursuer suddenly spilled out, scanning around for him. The guy yelled and pointed, and time seemed to slow. Turning, Alex saw the cop’s hand clamp down on his holster as he hollered, “Boston PD! Get on the ground!”

Blocked in both directions. Alex’s chest heaved as he tried to catch his breath; he quickly realized there was only one way out.

He charged head-on into the street.

The screech of tires sounded. Alex managed to clamber over the first car as it braked hard, nearly hitting him. The burn in his chest was getting worse, and Alex could feel himself slowing down. A sedan in the next lane stopped dead, the driver lurching forward, then snapping back as the seat belt caught her. The third time, he wasn’t so lucky—a car bumper slammed into his left calf, which immediately started throbbing as he stumbled and fell.

He quickly got back up; despite the pain, he managed to break into an awkward, loping run. Ignoring the protesting bleats of car horns, he crossed the narrow strip of greenery that separated incoming from outgoing traffic. The far side was clearer, but that also meant the cars were moving faster. He eyed them, panting heavily, waiting for a break in the steady stream of vehicles.

Suddenly, he felt a firm grip on his shoulder as a rasping voice snarled, “Got you, you little—”

Spotting his chance, Alex shook loose and dodged forward, tearing across the street right before a bus rolled through. The cop tried to follow, but as if on cue, all three lanes suddenly filled with cars. Alex could hear the cop swearing, his face as red as the hair jutting out from under his cap.

Alex grinned and threw him a jaunty one-finger salute. Then he turned and darted into the mall.

He wove through Copley Place as quickly as he could, limping slightly. As the adrenaline wore off, his leg started throbbing in earnest; he’d have a helluva bruise there. He went out one of the far exits and trotted another few blocks to Mass. Ave., then ducked into an alley. Hunkering down beside a Dumpster, he took a moment to rest. He felt light-headed, and he was still gasping for air.
Man, I’ve really gotta cut back on the smokes
, he chided himself as he opened the clasps on the purse and started riffling through it.

Lipstick—red, looked expensive. Jenny would be happy about that; she loved lipstick. Receipts, house keys, a pack of tissues, and a nearly empty change purse, judging by the weight …

With satisfaction, Alex finally dug out a matching wallet that had the same brown
C
s stamped all over it.

He unsnapped the wallet and opened it. Blinked, and swore.

Twelve dollars. He’d gone through all that for twelve measly dollars.

Alex dug in the other pockets but only unearthed more receipts, a few credit cards for upscale clothing stores, and a driver’s license.

“Useless,” he mumbled, exasperated. Barely enough to get him and Jenny through the day, never mind buy her pills.

Exhausted, Alex sank back on his heels and let his head drop against the wall. He was starving. Yesterday he’d only eaten some leftovers he’d dug out of the trash behind a restaurant in the North End. He’d promised Jenny a good meal today, even hinted that he might take her to Mickey D’s so she could use a real bathroom for a change.

Well, twelve dollars would at least buy that
, he thought, trying to cheer himself up.

He chucked everything but the cash and lipstick in the Dumpster—after all, the credit cards were useless to him. Not much chance the people at Saks would believe he was Millicent Dunham, and ATMs all had cameras and PINs so that was no good.
Even old ladies don’t carry checkbooks anymore
, Alex thought, shaking his head disapprovingly. What was it with people these days? And no one carried cash.

Usually he’d try to sell the purse and wallet on the street for twenty bucks, but after the chase he’d just been through, that was too risky. The sooner he got away from here and back to the abandoned building they camped out in, the better.

His lungs still felt like they were on fire, and as he shifted his weight his leg started to seize. If he stayed still for much longer, he’d barely be able to walk on it. Alex lurched painfully to his feet, then hobbled back to the street.

He jerked awake at the sound of his name and looked up blearily, disoriented for a minute. He was in a dingy waiting room. A few other rough-looking teens sprawled out on rickety folding chairs around the perimeter of the room.
Right
, he remembered: the free clinic. He was here to get his leg checked out, and for Jenny. He’d dozed off, and no wonder—according to the clock on the far wall, it was nearly five p.m.; he’d been here for hours.

A girl in a colorful outfit was standing in the doorway, staring at him expectantly. Her flowy skirt looked like it was made out of different squares of fabric sewn together. Over it she wore a woolly sweater and a knitted scarf, even though it was plenty warm inside. She was cute, though—long blond hair, kind gray eyes. Probably hiding a hot body under all that clothing. He threw her a cocky grin.

She smiled. “I’m Amanda. The doctor will see you now, Alex.”

He pushed off the chair, remembering belatedly that his leg was all messed up. He barely kept himself from falling right over. It seemed to be getting worse and worse; now it felt like knives were stabbing his calf repeatedly. On the plus side, his chest seemed better. The girl eyed Alex with concern as he limped after her, gritting his teeth the whole way.

“Yeah,” he muttered, biting back the retort,
You think
?

“I’ll check in the back; sometimes we have an extra set of crutches lying around,” Amanda offered as she opened a door at the end of the hall and gestured for him to step through it.

“Sure. The doctor will be with you in a minute.” She flashed him a quick grin, then closed the door and left.

Five minutes later, Alex was deeply regretting the decision to come here. He’d figured it would be in and out, quick and easy. He’d get his leg looked at to make sure it wasn’t broken, and hopefully be handed some pain pills for his trouble. Not that he was into those, but Jenny … well, she liked them a little too much. That’s why he’d come, really. Her eyes had lit up when he got back to camp. Not that she liked seeing him hurt, but none of the free-clinic doctors would give her medications anymore. But Alex, on the other hand—even at his dirtiest, most docs could tell he wasn’t an addict.

Just in love with one. He hated helping her feed the beast, but at least this way she ended up with safe meds. Alex worried that if he didn’t get her pills, she might resort to taking something worse.

So here he was, sitting on an examining table in a paper smock while a middle-aged guy poked and prodded at him.

Obediently, Alex sucked some air into his lungs and released it.