Read No More Tears in the End Online

No More Tears in the End 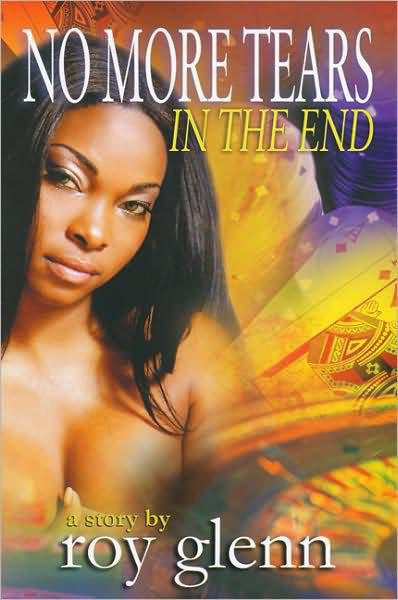 No More Tear
In
The End

This is a work of fiction. Any references or similarities to actual events, real people, living or dead, or to real locals are intended to give the novel a sense of reality. Any similarity in other names, characters, places, and incidents is entirely coincidental.

The Cost of Vengeance

The Mike Black Saga; Book One

On Sale Now from Escapism Entertainment

The Request by LaVonda Kennedy

Whatever It Takes by Angela Jones

Off Limits by Navarre

Out of Control by Roy Glenn

“Bullshit, Mikey. You tellin’ me that you whacked two DEA agents and you ain’t worried?” Angelo Collette asked me after his seventh single malt scotch.

Near as I could tell the cops weren’t up on me. And if my luck held up, and it hasn’t been worth a shit lately, they wouldn’t.

Fact was my luck with the DEA has been all bad. My wife Cassandra was brutally murdered; arranged by DEA agents, which is something else I don’t understand. I’ve been out of the drug game for years.

My attitude about a lotta things changed after a very good friend, Vickie Payne, died smoking cocaine in my apartment.

I've never done cocaine in my life, but back in the day I would always keep some around ’cause some women would freak for it. That night, André gave me some pure; just chipped it off the block, bagged it and handed it to me. When I got home the next morning, instead of puttin’ a cut on it, I threw the bag on the coffee table and crashed on the couch.

I had been asleep a couple of hours I guess, when Vickie came in. We talked for a minute then I passed out again. When I woke up I decided to get in the bed, but the door to my room was locked. I knocked on the door, but Vickie didn’t answer. After a while I kicked the door in. I found her lying on the floor naked, with the pipe still in her hand. To me, cocaine is death and heroin is slow death. So I took steps to get out. Maybe it was time to get all the way out.

As Wanda has become very fond of tellin’ me, we make just as much money from our legitimate businesses as we do from our other operations. Gambling, number running, loan sharking, and prostitution.

I’ve got no interest in the dope game at all. Don’t get me wrong, I don’t give a fuck how a muthafucka makes his money.

And as long as his business doesn’t cut into mine, it’s none of my business. It’s all about business to me.

But this shit with the DEA ain’t about business, its personal. If you believe Bobby’s version of it, it began years ago when I bitch slapped Diego Estabon. Back then, Diego was with just Gomez Estabon’s fresh off the boat, punk-ass kid, who was trying to make a name for himself in his daddy’s drug business.

It was years later that Diego came up with some wild-ass scheme to implicate me in the game. Part of his plan involved kidnapping my wife Cassandra, and he died for it. I thought it would end there, but it didn’t. That led to one of his partners, a DEA agent name Kenneth DeFrancisco, goin’ to jail, and he blamed me for being there.

Why not blame your dumb-ass partner for coming up with the dumb-ass plan?

Drunk or sober, I still haven’t figured that out. But because he blamed me, DeFrancisco ordered Cassandra’s murder. I killed him and everybody else that was involved in it. The only one left was another DEA agent named Pete Vinnelli, and I would get to him in due time. But these other two I never saw coming.

If I hadn’t asked Jackie Washington, a very pretty robber-turned-gambler, who I’ve recently taken more of an interest in for more reasons than just business, to keep an eye on Mylo, I’d be dead now. Mylo used to run a high-stakes poker game for Freeze, but there was something about him that I didn’t trust.

Not only did Jackie keep an eye on him; she set up surveillance on his ass. Had bugs in his office, had GPS trackin’ on his ride and was tappin’ his phone. That’s one more reason why I don’t like using those fuckin’ things.

Jackie followed Mylo to a meeting with a man that I found out later was a DEA agent named Masters. She recorded the conversation and had pictures of the two of them at a meeting where they planned to kill me.

But the question still stood.
How the fuck was I supposed to know that they were DEA?

I should have taken my time. After I got the information from Jackie, I should have checked them out. Found out why those fucks wanted me dead.

As soon as I saw Masters sitting with Mylo at the fight I saw blood. I went after Masters, while Nick and Freeze took care of Mylo. That didn’t work out so well either. Mylo shot Freeze and he died in Nick’s arms.

I caught up with Masters at Meyers Garage on 34
th
Street. Once the parking attendant was out of the car, Masters jumped in and he rolled slowly toward the street. I
stepped up to the car and fired three times. The first shot broke the glass. The next two hit Masters in the head.

“No problem. If it was me, and they were comin’ at me like they was comin’ at you, I’da whacked them too. That’s all I’m sayin’.”

“I’m glad you see it my way,” I said and downed my seventh glass of Remy. No way
I was
lettin’ Angee out drink me. “All I’m sayin’ is that they’re dead, and I’m here gettin’ drunk with you.”

I’d known Angelo Collette since we were in high school. We were both on the same path, but traveling in different directions. He became a soldier for Vincenzo Adalberto. Now he’s got his own crew. I went to work for André Hammond. Back then, André controlled most of the illegal activity uptown and I was his enforcer.

When I was fifteen,
me
and my best friend Bobby Ray started out sellin’ weed and doing a little number runnin’. But André was a drug dealer. As far as he was concerned, gambling and prostitution were just sidelines. That all changed when André was murdered. I took over his gambling operations and got out of the drug business.

“All I’m sayin’ is that whackin’ DEA agents is bad business. But you gotta handle shit the way you handle shit. You killed them.”

“I fuckin’ know that. I was there when you made your bones, Mikey,” Angelo said.

“No you weren’t. You were there for number two. I was there when you made your bones, Angee. Nickie Nemecek. Two shots: One to the chest; one to the dome.”

“Make sure he’s gone,” Angelo said and raised his glass. “And I was too there when you made your bones.”

Angelo took another swallow and I guess he thought about it. “You know what? You’re right. His little girl came out the house and you backed off.”

“You did the right thing. I couldn’ta shot him in front of his kid either.”

“What, are you drunk? I said you fuckin’ did the right thing; Shootin’ him in front of his kid wouldn’ta been right.”

I got up and punched Angee in the face. He fell off his chair and hit the floor hard.

I helped him get up, sat down, and poured us both another drink.

“What the fuck you hit me for?” Angelo asked and shot his drink.

“You woulda done the same shit?” I shot mine and poured us another.

“Yeah. Whackin’ the guy in front of his family ain’t right.”

“Yeah, that’s what I’m sayin’. What the fuck is wrong with you?”

“Back then it was all about how I was a chicken shit, a punk, that I was a fuckin’ coward!”

“I never said that shit.”

“Yes, you fuckin’ did, Angee. The whole way back to André’s that’s all you kept sayin’. Chicken shit!”

Angee took another sip of his drink, and started nodding his head. I guess he remembered that too. “I guess you’re right. I did say that shit.”

“You know how long I carried that shit around?” I respected Angee; wanted him to respect me. I didn’t want him thinkin’ I was a coward.

“Sorry, Mikey. I didn’t know that shit bothered you. You wanna
lay
down on the couch and tell me about it?”

“I’m ’bout to take out my gun and shoot your ass.”

“If that’s what you’re gonna do to make it right, Mikey, go ahead and shoot. But you’ll miss me.” Angee finished his drink and motioned for me to drink up so he could pour me another. “So you gonna tell me about it?”

“What the fuck have we been talkin’ about? How you made your bones!” Angee said, much louder than I needed him to.

“I’m not yellin’.” Angelo poured me another drink.

I took a swallow. “When I got back to André’s, he was there with Bobby and five women.”

“That bar is a church now.”

“Anyway, he gives us a picture of these two guys, and tells us what he wants us to do. Since I’d just got punked out on a job, he asks me if I’m sure I can handle it.”

“Hell yeah, I can handle it,” I told André that day. I was pretty sure that none of their kids would be hangin’ out with them at the bar. “The rest of the day,
neither me or
Bobby did much talkin’,” I continued tellin’ Angee, “which was rare for Bobby. Truth was
,
we were both nervous, especially since I had just fucked around and couldn’t kill Chicago.”

Angee’s facial expression changed. He put down his glass and looked at me. “You know, until you said his name, I forgot who he was and what that meant to you.”

“You are drunk.” Chicago was Cassandra’s father, and it was Angee who put me on to it ’cause I had no idea that they were related.

“You wanna hear this shit or not?”

Angee raised his glass. “Go ahead.”

“He said we looked too young to be in there, until Bobby said that André sent us. After that it was all good.”

Once we went in and sat down I asked Bobby, “What you tell him that for?”

Druid Knights 1.5: The Druid Knight Tales by Ruth A. Casie
Domination in Pink by Holly Roberts
The Storm by Alexander Gordon Smith
Starfields by Carolyn Marsden
Point Hope by Kristen James
When Lightning Strikes by Sedona Venez
The Final Storm by Wayne Thomas Batson
El inocente by Ian McEwan
The Haters by Jesse Andrews
An Improvised Life by Alan Arkin