Read No Use By Date For Love Online

No Use By Date For Love 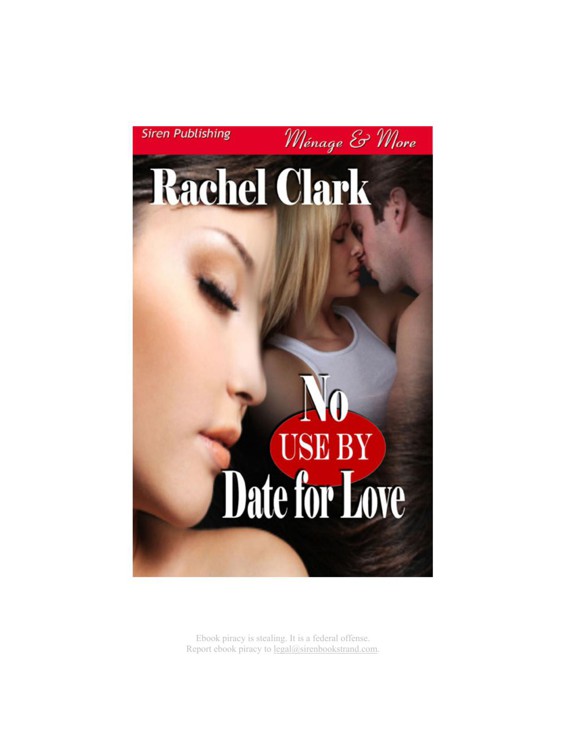 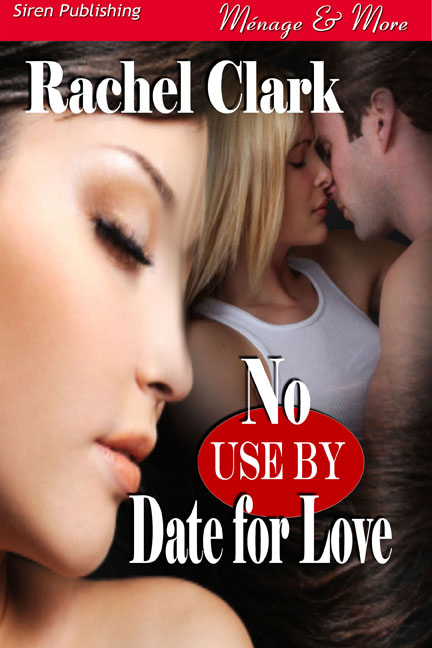 NO USE BY DATE FOR LOVE

reproduction or distribution of this

infringement without monetary gain, is

investigated by the FBI and is punishable

by up to 5 years in federal prison and a

NO USE BY DATE FOR LOVE

All cover art and logo copyright © 2009 by Siren Publishing, Inc.

For my Mum who encouraged me to read.

For my Dad who encouraged me to write.

And for my husband who smiled indulgently while I tried it.

NO USE BY DATE

Teagan replaced the phone carefully on its cradle, the words hissing through her tightly clenched teeth. Her husband looked over, concern clouding his features. He'd been passing her office but had stopped as soon as he realized who she spoke to. Now he stood in the doorway, worry creasing his handsome face, as he waited for her to fill him in on the side of the phone call he didn't hear.

"He left her." She swallowed back the acidic taste as tension and fury threatened to overwhelm her. Her throat thick with emotion, Teagan tried to stay calm and explain, but her anger gripped her again

"I knew that selfish, rotten, bastard would hurt Bec in the end, but I had no idea he'd be so cruel."

Justin's face showed his impatience and concern, but when she struggled to form the words he stepped toward her. She took a deep breath trying to contain her shock from Bec's news, but as she tried to speak, a sob wrenched free. Before the sound even filled the room, she was wrapped in Justin's fierce embrace, held safe in her husband's solid love and support.

Teagan let the tears fall, her chest tightening with anguish. Justin probably felt just as miserable for Bec. The three of them had been Ebook piracy is stealing. It is a federal offense.

friends since kindergarten, yet Bec's marriage had pulled them apart.

Now Bec lived halfway across the country, far away from the people who loved her like family.

She sobbed again, her heart aching for the woman they'd both missed dreadfully for the last five years. Justin's arms tightened on her as he swore quietly.

They held each other for a long while, until Teagan realized the choices they now had the chance to make. She lifted her head to tell Justin, but he spoke first.

"We need to go get her and bring her home."

Tightening her grip around his waist, she nodded against his chest.

She took a deep, shuddering breath as she wondered if the shattered woman on the other end of the phone was still the same person they remembered.

Bec woke suddenly. Her heart pounded and her vision blurred as she tried to understand why she felt so frightened. The kitchen was dark and, judging by her stiff and sore muscles as they protested her movement, the sun had probably set some time ago. Gingerly, she lowered her head back to the table.

She'd spent the last few days trying to work out her financial predicament and must've fallen asleep at the table. Right now she couldn't even think of a single reason to move.

Everything was gone. Her husband, the future she thought she had, and now any hope of fiscal independence.

The doorbell rang, probably for second time, and she realized it was most likely the reason she'd woken in the first place. She glanced at the clock, blinking in surprise when she saw the time. Nearly eleven p.m. Whoever kept ringing her doorbell had very, very bad timing. She swayed a little on her seat, undecided whether to answer the door or not. With the house so dark, maybe they would give up and go away. Bec had no idea who could be calling on her so late, and quite frankly she was in no mood for visitors. She lowered her head to the table once again and hoped for a deep sleep.

She really didn't want to think about how, her soon-to-be ex-husband had not only managed to destroy her self-confidence, her sense of self, but he'd also managed to bankrupt her in the process.

Every statement she'd read, every letter she'd found had shown that they were well behind on their mortgage, their credit cards, and the line of credit. It painted a bleak picture, and Bec was left wondering Ebook piracy is stealing. It is a federal offense.

how she could've blindly trusted the man she'd been married to for the last five years.

The headache that seemed to have taken up permanent residence behind her eyes pounded even harder. She felt lousy and probably looked the same, so she decided that it more than justified ignoring the doorbell when it rang a third time.

Almost asleep again, urgent knocking on the glass door behind her startled her into movement. A frantic voice called her name, and the knocking became more urgent. Dazed, she lifted her head to see what looked to be a woman standing on her back porch trying to pry the door open with her bare hands.

The person called her name again, the voice tinged with hysteria.

Bec's heart pounded from shock, her head throbbing, her coordination failing her, as she stumbled to the door and fell against the wall.

Shaking all over, she tried to turn on the porch light. Finally, she found the right switch.

Teagan stood at the door, yelling through the glass. Her eyes looked wild with panic. Still clumsy, Bec unlocked the glass and screen doors and opened them wide to let her in.

It felt like being hit by a pro footballer. Teagan launched into the kitchen and tackled Bec around her middle. Surprised, Bec stumbled backward into the living room and onto the couch.

"What did you take?" Teagan screamed in her face.

Confused by the question and alarmed at her friend's obvious distress, Bec looked directly into Teagan's eyes with a completely blank look on her face.

Another voice caught her attention. Its tone deeper and louder, but no less concerned. "Bec? Bec, honey, tell us what you took."

Sprawled awkwardly on the couch with Teagan's thin body holding her down and Justin's concerned face mere inches from hers, she suddenly understood. They thought she'd tried to overdose.

Swallowing with difficulty, she tried to be clearer.

"Nothing. I didn't take anything. I'm tired, and I ache from head to toe, but I haven't taken anything."

Two sets of eyes studied her closely. Bec closed hers trying to hide the pain she'd lived with since her husband's little announcement, and then she lay back on the lounge and took inventory on her situation.

It was the middle of the night, and she lay slumped on her lounge as her two best friends in the world studied her for signs of drug overdose. She was financially devastated, more than a few pounds heavier than she liked, and to top it off, according to her ex-husband, she was beyond her use by date.

The situation felt so utterly ridiculous.

Softly, she began to laugh.

Teagan eased away and wound her arms tightly around Bec's waist as Justin slid onto the couch and wrapped his arms around both women. They held her in their comforting embrace as her laughter turned hysterical and continued to hold her as she, once again, gave into the urge to cry.

Embarrassed but relieved they travelled so far to be here for her when she needed them most, she eventually fell silent. Giving into her exhaustion she finally fell into a heavy sleep.

A shaft of light spilled through the open curtains and straight into Bec's eyes. She squinted against the harsh brightness and burrowed closer to the warm and very solid male presence behind her. She smiled sleepily, enjoying the feeling of being cherished and protected.