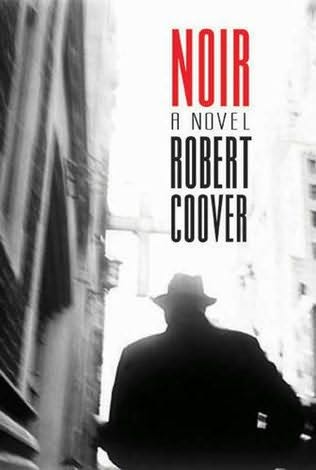 NEW YORK:
141 Wooster Street
New York, NY 10012
LONDON:
90-93 Cowcross Street
London EC1M 6BF
[email protected]
www.ducknet.co.uk
Copyright © 2010 by Robert Coover
All rights reserved. No part of this publication may be reproduced or
transmitted in any form or by any means, electronic or mechanical,
including photocopy, recording, or any information storage and
retrieval system now known or to be invented, without permission
in writing from the publisher, except by a reviewer who wishes to
quote brief passages in connection with a review written for
inclusion in a magazine, newspaper, or broadcast.
Cataloging-in-Publication Data is available from the Library of Congress
eISBN: 9781590204924

For Bernard Hoepffner, partner in crime.
Y
OU ARE AT THE MORGUE. WHERE THE LIGHT IS WEIRD. Shadowless, but like a negative, as though the light itself were shadow turned inside out. The stiffs are out of sight, temporarily archived in drawers like meaty data, chilled to their own bloodless temperature. Their stories have not ended, only their own readings of them. In your line of work, this is not a place where things end so much as a place where they begin. Following the usual preamble: You were in your office late. The phone call came in. You pulled on your old trenchcoat with the torn pockets, holstered your heater under your armpit, and headed for the docklands. The scene of the crime. Nightmarishly dark as it usually is down there, even in the middle of most days, lit only by dull swinging streetlamps, the reflective wet streets more luminous than the lamps themselves, though casting no light of their own. Everything shut up tight but as though harboring unspeakable doings behind the locked doors and barred windows. Fishy smell in the air. Black water lapped the concrete landings and wooden piers somewhere down below. Occasional gull honks: pale sea crows, scavenging. Usual small gathering of gawkers, drunks, cops, bums, their faces shadowed by caps and hats. A perverse and sinister lot. Also scavenging. You shouldered your way through them, hands in your coat pockets. But you were too late. The body had already been removed to the morgue. There was only a clumsy chalk drawing on the damp stones, a red patch at the crotch crudely gendering the drawing. Blue was there. As expected. His beat. What are you doing here? he asked. Just out for a stroll, Blue. Captain Blue to you, asshole. Mr. Asshole to you, Blue; she was a client of mine. Who was? You shrugged and lit a cigarette. The body? The killer? The tipster? No idea. The only connection you were sure of was the phone call. Down below you could see a ferry, backed up against the docks, its carport gaping. Which was disturbing. Could have been anyone. From anywhere. Have to check the passenger list. If there was any. It means things will be messy.
Now, at the morgue, the night attendant tells you a body was brought in, but it’s gone again. Must have got stolen, he says. How the fuck could it have been stolen, Creep? Don’t know, man. I been here all night. It was here and then it wasn’t here, what can I say. You slap him around a bit to remind him of the hazards of losing a body and ask him what she looked like.
Medium tall, well stacked, painted toenails but not much makeup, no jewelry, blondish hair, same color as her pussy.
She was naked?
Not when she came in.
Where are her clothes?
They’re gone, too. Except for this. He hands you a gossamery black veil. You recognize it. Or think you do. You pocket it and turn to leave.
One more thing, the Creep says. You turn back. Her pussy, he says, stroking himself. You can see the sparkle in his buggy little eyes.
Yeah?
Creamy. Soft. Like wet velvet.

IT WAS LATE AFTERNOON WHEN SHE FIRST TURNED UP AT your office. Blanche had left for the day. Which was fading, the lights dim. Maybe she planned it that way, entering as though bringing on the night. Or dragging it in in her wake. She was dressed in black widow’s weeds, her face veiled. You’d seen her type before. But there was something about her. A looker, sure, but more than that. A kind of presence. She was poised, cool, yet somehow vulnerable. Tough but tender. It might just be a social call, you thought, taking your feet off your desk and lowering them into the puddled shadows on the floor. Or she could be hiding a murder, fearing one, plotting one. Fearing one, was what she said. Her own. She wanted you to tail a certain person. She handed you a piece of paper with a name on it. You tried not to wince. Mister Big. How did you get mixed up with this guy? you asked.
He was a business partner of my late husband.
Why late? What happened to him?
I don’t know. I thought you could find out. The verdict was suicide.
But you think it might have been murder, you said. She sat, lowered her head. A nod perhaps. That’s what you took it for. It won’t be easy, you thought. The man is protected by an army of thugs and is said to have half a dozen lookalike doubles moving about the city as decoys. Though who these were was hard to say because no one knew what he looked like in the first place.
The widow seemed to be studying her pale hands, fingers laced together in her black lap. You did likewise, studied her hooks: sensuous expressive mitts of a dame in her thirties, unaccustomed to hard work, ornamented only by a wedding ring. With a big rock. Why she wasn’t wearing gloves. No sign of nervousness or uncertainty. She knew what she was doing, whatever it was.
She looked like trouble and the smart thing probably would have been to send her packing. But the rent has to be paid, you don’t have enough business to turn down anyone. And besides, you liked her legs. So, instead, even though you knew her story before you heard it, the inevitable chronicle of sex, money, betrayal (what the fuck is the matter with the world anyway?), you asked her to tell it. From the beginning, you said.

I AM NOT FROM THE CITY. MY EARLY YEARS WERE SPENT in a small country town far from here, a pretty village with neat tree-lined streets, well-kept lawns, schools and churches that were right in the neighborhood, and a sunny central park with a white wooden bandstand where bands played on weekends. A town where everybody knew each other and loved each other and said hello to each other on the streets and no one was afraid. What I remember now was how much light there was. My father was the town pharmacist and taught Sunday school at church; my mother held bridge parties and volunteered in the municipal library. I was a drum majorette and my younger brother, a happy-go-lucky boy, played on the school basketball team. We were very happy. I was in love with the captain of the school football team and he was in love with me. But then one day my father caught us in what he mistakenly thought were compromising circumstances, and in a fit of temper he sent me away from home. I was only sixteen years old and penniless and all alone in the world when I arrived here in the city. I was, as you can imagine, utterly bereft and desolate, overwhelmed by grief and despair, and facing the hard realities of poverty and loneliness with fear in my heart. But then, by the happiest stroke of good fortune, the sort I thought was never to be mine again, I was able to obtain a position as a maid in the house of the kind and generous man who was later, after the death of his beautiful wife, whom he loved dearly and whose death nearly brought on his own, to become my husband. I tended his critically ill wife through her final days, while he wept at her bedside. The poor man was shattered when she died and became bedridden himself and I had to care for him, too. An affection grew up between us and in time we married. And that is my whole story, except for my husband’s tragic and mysterious death which has brought me here this evening.