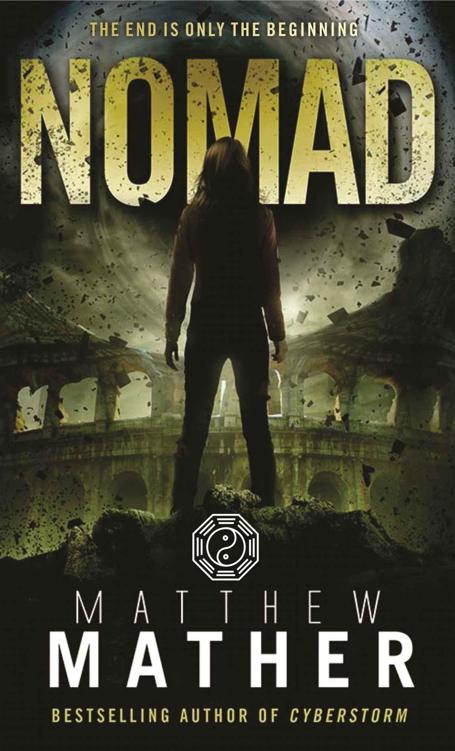 FOR
THEIR
GENEROUS
TIME

in helping to develop the science behind
Nomad
, I’d like to extend a special
thank you
to:

You can enjoy this purely as an exciting story,
but
Nomad
also comes with its own detailed physics-based simulation—the events described in the novel are based on real-world science. At the end of the book, there is a video of the author running and explaining the simulation, describing what happens. You can even run it yourself, if you’re so inclined, and feel like destroying the solar system in your own ways. 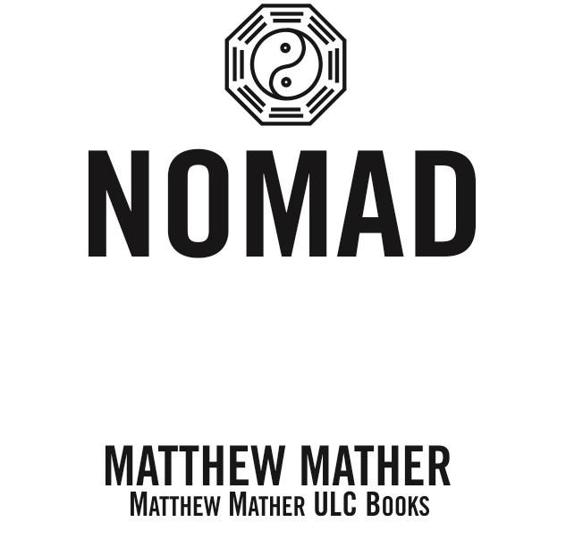 What do I see?
(coughing)

I’m staring out the window of a wrecked home on Sugarloaf Mountain, the highest point in Florida…but Sugarloaf Island would be a better name, and Florida is gone. Just gone, like we’ve been transported into some other
(static)
…waves sweeping over…
(crying in background)
I see black water, endless dark skies, no day or night…gray snow is falling, a dirty blanket of it a foot deep between
(static)
…or at least it looks like snow. Only three of us left alive here, myself and two children, we have nothing to eat, no fresh water…freezing…send help…for love of God, please…

“Destroy the entire solar system,” repeated Dr. Müller, a sixty-something, pot-bellied man with thick spectacles below a tangle of gray hair. “And the Earth with it.”

Ben Rollins stared at him in dumbfounded silence and rubbed his bleary eyes. “That’s what I thought you said.” He wiped his hands down his face to pinch the bridge of his nose between his forefingers, squeezing his eyes shut. Opening them, he brought his hands away from his face together, as if in prayer, and exhaled slowly.

“Are you serious? Is this a joke?”

Ben stared around the wood-paneled conference room he’d been unceremoniously dragged into at three in the morning. Familiar faces, many looking even more haggard than he felt, nodded at him. Ben did a quick inventory: five people he recognized as fellow astronomers, all of them exoplanet hunters like himself. He didn’t know the other dozen dark-suited shadows hanging near the edges of the room.

Taking a deep breath, Ben focused on Dr. Müller—his clothes rumpled, two-day-old stubble on his chin—behind the podium at the front of the room. What the hell was he doing here? And what did he say?
We need you?
Ben hadn’t seen, or even heard, from Müller in twenty years. He slumped into the seat, his mind still off-kilter.

“In 2015 we discovered that 70,000 years ago, Scholz’s star passed through our solar system,” Dr. Müller said, continuing his presentation. “We now know that other stars transit our solar neighborhood every few tens of million years, some close enough to disrupt the orbits of the planets.”

He paused to take a drink from a glass of water on the podium, his hand visibly shaking. “New data from NASA has uncovered that our solar system has been falling toward a massive object we previously mistook for dark matter in the nearby arm of the Milky Way. However, the anomaly is much closer than that.”

“What kind of mass?” someone asked.

“Perhaps tens of times larger than our Sun.”

“Have you been able to image it?”

Dr. Müller shook his head. “Thus far we are only detecting it through gravitational effects.”

“That’s why I’ve asked you here.” Dr. Müller began pacing again. “I need to get access to your data; need you to assemble your teams.”

“But you must be certain enough to drag us out in the middle of the night,” Ben persisted. “What’s your best guess?”

Dr. Müller stopped to grip the podium and stared down at the plush red carpeting. “Our best
guess
…” He paused to emphasize the word, looking up to lock eyes with Ben. “…is that Nomad—”

“That’s what we’re calling it—whatever
it
is. It’s heading directly toward us at extremely high speed.” He enunciated each word clearly to make sure nothing was misunderstood. “We estimate it is now less than twenty billion kilometers away. At most, we have a year, perhaps only months until the anomaly reaches us.”

Ben stared into Dr. Müller’s eyes, and a tingling of dread shivered from his scalp to his fingertips. He'd expected some answer, perhaps on the order of centuries and light years.

But not in kilometers.

And not in months.

“A THOUSAND YEARS of family weapons,” Jessica Rollins whispered in awe. “That’s not something you see every day.”

In a red velvet-lined display case in front of her, an array of ancient weapons glittered; daggers mounted side by side, and below them, a collection of swords. The smell of old wood and damp stone lingered beneath the pine-fresh scent of polished cabinets.

“Yes,” replied Nico, the tour guide, “this
castello
has been the seat of the Ruspoli family for eleven centuries of unbroken succession.”

Crossbows filled the next display case—
ballista
said the inscription—with strings and winching mechanisms intact, some of them intricately carved, some worn and workman-like. Several dated to the twelfth century, and below the weapons, inside the case, sat piles of crossbow bolts. Unused ammunition. A collection of pikes, the long spears infantry used to carry into battle, rested against the display cases.

“Today we will be visiting the armory museum and family crypts below,” Nico continued. “But this is still a home.” He pointed to the window. “The red brick buildings on the other side of the courtyard are the residences of the Ruspolis when they come out of Florence in the summer.”