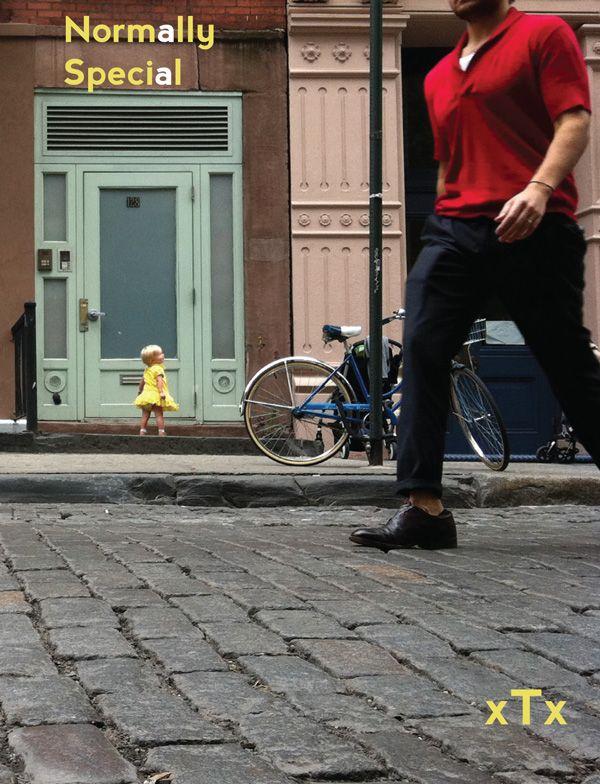 All rights reserved, including right of reproduction in whole or part in any form.

For the Girl Who Doesn’t Know She Has Everything

Water is Thrown on the Witch

The Importance of Folding Towels

Marci is Going to Shoot Up Meth With Her Friend

She Who Subjected the Sun

The Honking Was Deafening

Their Daughter Played in the Boxes

I Love My Dad. My Dad Loves Me.

There was no mother in that house.

I Wish They Knew

Things I Could Tell You

Because I Am Not a Monster

For Roxane who is helping me believe

For the Girl Who Doesn’t Know She Has Everything

A part of me inside a part of you but you didn’t know it yet. Not then. Instead, you kept on crying whenever you felt so lonely it made you want to swallow pills, cut yourself, say yes to boys. If you had known I was there, waiting to be born, maybe it would have made a difference. But you didn’t. It wasn’t time. You had to keep falling down. You had to endure everything that would eventually become scars.

A part of you inside a part of me but I didn’t know it yet. Not then. Instead, I felt as lonely as you. I did my own crying, my own cutting, my own swallowing of pills; I was made to say yes to boys—all of them. If I had known you were there, waiting to be born, maybe it would have made a difference. But I didn’t. It wasn’t time. I fell down too. Maybe not as much as you—maybe only stumbles, bumps, scrapes, burns, but still they scarred.

Those times you put down the razor, that was me forcing your hand. Those moments where you told them no, that was me giving you strength. Each time I stepped back from the ledge, that was you pulling me back. Whenever I kept walking instead of falling down, that was you holding me up.

We were saving each other then

so we could save each other now

And so we are.

Best friends: this tape gun, this box cutter, these boxes, the hurt floor, the ache becoming inside my walls of skin. It’s a dark corner I bust my ass in, but it’s mine. It’s a hard day, but I do it. I make sure they see me do it: they are watching anyway. Always watching.

There are no choices in poverty.

He comes up from behind me and when I turn, my hair falls into my eyes. His Cajun hand reaches and moves the strands behind my ear. When I flinch I see the light in his eyes go out and I want to take it back but it’s too late; he’s already seen me detest him. “You’re dirty,” he says, his eyes reviewing me. I do my best not to look down. I keep his eyes with mine. He puts his hand back onto the handle of his cart and pushes it away with heavy steps. It thunders as it rolls. I want him to know I am watching him go, but he doesn’t and I have lost yet another place where I could be thought of as more than.

I pull the thick stack up by the plastic cord that binds it all and heave it onto my own cart. I do this four, five, six times. My back hurts. I’m a mess. Dirty, like he said. I’m feeling every bit of being a woman. I resent the weakness of my sex.

My hair falls into my eyes.

Each day I can stare at Juan for at least four hours if I wanted to, but my eyes need to be mindful of what my hands are doing, so Juan can’t be stared at, just stood across from and taken in. He sings softly in Spanish sometimes. The words sound like love. I always wonder what they mean. Even if we could talk to each other, I don’t think we would. He has a face like a minefield. I should be wary. My piles need to be as many as his or I will get marked down. If his start to surpass mine I catch his eye and smile, interrupting his rhythm, tripping up his hands, halting his song. I catch up in the moment he gives me. It’s a necessary dance, each step survival.

So many mouths; I sit alone and watch them break. Tacos, soda, sandwiches, conversation, cigarettes, laughter— nothing on their faces standstill. Mine sits quiet in the sun, wary not to break, but ready. I finish a sandwich made from donated cheese. It’s gummy and bitter. I smoke a cigarette. When the foreman yells, they filter inside. I follow, feeling future pains in almost every part of me. I think of other mouths, smaller mouths. I punch back in.

Water is Thrown on the Witch

When I see the clothes you’ve laid out for work, when I walk past the closet and I see them laid out on the bench in perfect top to bottom order, when I walk past fast and it catches my eye, my first thought is always—you melted. The pool of you is now evaporated and gone. In that moment there is a feeling of elation like a spark before I realize it’s just a flattened pile of clothes, and then I feel guilty. And then I question the spark and what it means, and it’s because I know what it means that I refuse to look at it or pretend it even happened.

The Importance of Folding Towels

“Like this,” and he’d fold the corners. Each fold was a slamming door.

I stood there, as I was supposed to. My arms were crossed because that was my fuck you. That was the loudest slam of a door I was permitted to make. My own arms folded, against my own chest, still. Fists clenched, my heartbeat a hummingbird’s.

I am trying not to cry.

Sammy is crying. It’s his daddy’s door slamming that makes him cry. I turn to pick him up and his daddy tells me no. Slam.

“But the baby is crying.”

My arms crossed and crossed fists clenched and clenched. See that? See how I have folded arms. See how my fists clench.

“You will learn first.”

Little Sam, still crying, now at my leg, it’s in his arms, his arms go up, my arms are folded, my fists are clenched.

The buildings balance on the plate, precarious. I set it down safely. They stand, secure. If all goes well, they will be gone soon. I visualize a rubble of crumbs.

He’s sitting on his bedroom floor, kneecaps even with his head. His fingers click crazy on the controller concealed between his thighs. His tongue is pressed wide between lips rounded and tucked, hiding the rose of them. He’s playing Xbox. I pray today he will eat breakfast.

“I’m not hungry, mom,” he says without looking up.

He never looks up.

“You need to eat. You’re getting too thin,” I say. “Look! It’s a bacon house with a pancake roof! See the toast tower? Chocolate milk juice!”

He almost grunts and then says something about “we gotta kill these guys” into his headset mouthpiece. I stand for a moment deciding whether to touch his hair before I leave his room. I cannot risk him pulling away again; my heart has too many knives right now. Yet the pinprick of possibility that he would let me heavies my hesitation, such a prize.

Aunt Maria by Diana Wynne Jones
Vorpal Blade by Colin Forbes
Shadow Gate by Kate Elliott
Matter of Trust by Sydney Bauer
Maid to Be Mine: A Regency Cinderella Story by K.L. O'Keefe
An Invitation to Seduction by Lorraine Heath
The Color of Forever: Book Two: Forever Cowboys Series by Whitley, Hope
The Cowboy's Claim by Cassidy, Carla
World of Warcraft: Chronicle Volume 1 by BLIZZARD ENTERTAINMENT
The Darkening (A Zombie Awakening) by Cynthia Melton