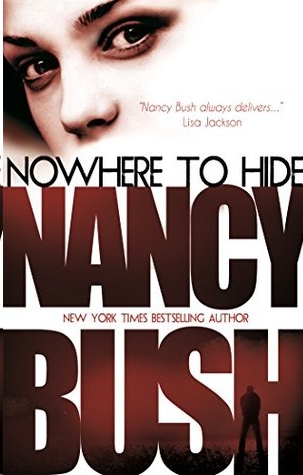 Getting up, he walked to the locked door at the back of the room, which led to a stairway and his special room. He took a key from around his neck and unsnapped the hasp, pulling open the door. There was a cot inside and a shelf above it with a box. Ignoring the cot, he pulled down the box and reverently lifted the lid, which was only locked when he brought his prey back from the hunt and tied them to the cot.

Inside the box, the red-brown tress of hair was delicate within its tiny plastic bag. He touched it gently. The other items nestled in the box he would only touch with gloves, but his eye ran over them. Her things . . . drawings and chewed Crayolas and the
All About Me
book. Pictures of her childhood. A bounty that he’d discovered after much searching.

He’d waited
so long
. . . had fretted during long nights that it might never happen . . . had sometimes managed to forget for a while.

Soon, very soon. She would be his last . . . and they would spend eternity together. But not yet. The hunt was on. The beast was in his prime.

There was much more to do before he allowed her to catch him.

A hawk circled overhead. Something dead down below in the field. He watched its lazy circles and figured it was one of Avery Boonster’s dead sheep. Shadows were creeping over the fields as he forged his way through the waving hay, trespassing without a qualm, at home in wide spaces.

Not a sheep, a large raccoon. No visible signs of struggle but he guessed the rodent was old enough to be at the end of its life. Probably just up and died. That’s how things went, sometimes.

But sometimes you had to help them along.

He’d chosen fields as his staging arena. He’d read of others with his same affliction . . . same deviant sexual needs . . . same dangerous, aberrant behavior . . . same need to dispose of used-up bodies when they were finished with them. He’d molded himself accordingly and likewise had chosen fields where they would lie.

Closing his eyes, he tried to put himself into his other skin. His outer layer. The one the public saw. Beneath the skin lay a beast that answered to a hungry, sexual beat, a living thing within his skull and body. It was always there, lying in wait, especially when he thought about
her
. He tried very, very hard not to think about her, the one he’d believed in once, but she could not be denied. It had started long ago. He’d reached out to her, but she’d pulled back, repulsed. He’d been embarrassed and he could still hear them all laughing and laughing.

He’d managed to forget about her for a while . . . until he’d followed her . . . believed that she was laughing again . . . and the bad thing happened. He’d been scared, afterward. And when he’d been sent away he was certain they knew.

He never stopped thinking of her. All those years in between . . . it had always been his unformed plan to have her. And then she started playing a game with him! He learned she’d joined the Laurelton Police Department as a homicide detective and he knew it was because of
him.
He could feel it inside, like a vibrating nerve. And suddenly he wanted to take her. Take her
right now.
But the time wasn’t right. There was much to do before the final moment. And she was too clever, too sensitive by far. Like a skittish sea creature, an anemone, with little fibers always testing the surroundings. Upon the slightest whiff of danger they collapsed in on themselves, scurried away, disappeared. Gone.

His mind flooded with images and he awoke to the fact that he was on his knees, his blind-eyed face turned up to the circling hawk. He wanted to pleasure himself, but the time for that had passed. He was changing . . . morphing . . . becoming someone else over this long summer. His need could ultimately only be satisfied by her, but in the meantime he would take the surrogates. He’d taken three of them already. Ones who knew too much. He’d taken them while he thought of
her.

They called her Nine but he’d known her as September.

“September,” he whispered to the dead raccoon and the soaring bird of prey. He would bring her to this field and let her feel his power. No more laughing at him. No more turning away . . . no more playing games.

They would be together. That was the way of it. Soon he would be tight within her sea anemone grip. Blood red, bright orange, and sunflower yellow. A kaleidoscope of heated sexual colors.

In the meantime he would find the surrogates.

“Do Unto Others As She Did To Me,” he whispered into the shimmering heat of the day, staring up to the sky, into God’s face.

Her cell phone rang at four minutes after midnight. September Rafferty, asleep on her living room couch, half rose and thrashed around for the switch to the floor lamp, squinting across the room to her cable box, which showed the time in glowing white numerals: 12:03.

She smiled as she turned the switch and flooded the room with illumination. She knew who it was and why they’d called now. Blinking, she punched the cell’s green ON button and said, “You couldn’t wait till morning?”

“Twelve-oh-three,” her twin brother said. “That’s when you came into this world. That’s when I’m gonna call. Happy Birthday.”

“I should’ve called you six minutes ago instead of earlier in the day. Happy Birthday to you, too.”

“But I called you at the exact time of your birth,” he said with a touch of pride. “That was all me.”

“You just like the idea of waking me out of a sound sleep.”

Her brother, August “Auggie” Rafferty, was her twin but they’d been born on either side of midnight on August 31, making it different days and even different months. His birthday was August 31 and hers was September 1, hence their parents had named them August and September respectively—a strange decision that went along with how they’d named their three older children: March, May, and July. Which said a lot about their parents, September thought, specifically their father, as their mother had died years earlier and had once alluded to the fact that she was sorry for manacling them with names after the months of the year.

“Did you field any other birthday wishes from the family?” September asked him, fighting a yawn.

“Yours and mine are the only two I’m really certain about,” Auggie admitted.

“Yeah . . . well . . .” September thought briefly about her older sister, May, who’d died in a botched robbery at a fast-food restaurant when she was in high school, but that only brought on more melancholia than she was already feeling this birthday. “No word from Dad, huh,” she said.

Braden Rafferty had disowned his two youngest children when they both chose law enforcement as a career. He had firm ideas about family, though he’d been an unfaithful husband and an absent parent, and this naming of his children undoubtedly stemmed from his own desire for control and order. At least that’s how September saw it. Had she and Auggie both been born in August, she wouldn’t put it past him to have named them August and Augusta. That’s just who he was, and was indicative of why she generally steered clear of him and most of the other Raffertys as well, except her twin. Luckily, the whims of fate had stepped in, delivering her and her brother on different days and different months, so he was August and she was September.

Or, maybe that was less about luck and more about Braden being able to bend the universe to his will. She wouldn’t put it past him.

He meant her second grade artwork, if you could really call it that: the artwork with the phrase
Do Unto Others As She Did To Me
scrawled across its face in what looked like blood that had come to September at the station about a week earlier. She and her partner were the detectives on the Do Unto Others case where a killer was strangling victims, carving words and markings into their flesh, then discarding the bodies in fields around the city of Laurelton and in Winslow County. At least that was the prevailing theory at work, though they hadn’t made that connection public yet.

“Still working on it,” she told Auggie.

When the “bloody” artwork had first arrived at the station, she’d told her brother about it, and Auggie had nearly come unglued. Not a big surprise, as he was known for his penchant of saving damsels in distress, and having a killer threaten his sister had sent him into overprotective mode,
toute suite
. He’d gone straight to their superior, Lieutenant Aubry D’Annibal, and insisted that he be put on the case. Hell no, September had told him flatly. It was her case, and she was bound and determined to hang on to it, especially now that it had become personal. She and her partner, Detective Gretchen Sandler, had been assigned the case and her interfering brother wasn’t going to take it from her, no way, no how.

She’d pointed this all out to D’Annibal, adding that Auggie was still deeply involved in the Zuma Software case, where a masked intruder had stormed into the front offices of the software company and opened fire on the employees. That case was just wrapping up but there was still a helluva lot of work to do. Plus, she’d reminded him that he’d already yanked her off that case to put her on this one, and she really didn’t want to be pulled again. Yes, her artwork had been sent to her. This killer knew her; there was something there. And that was exactly why she wanted to stay on the case.