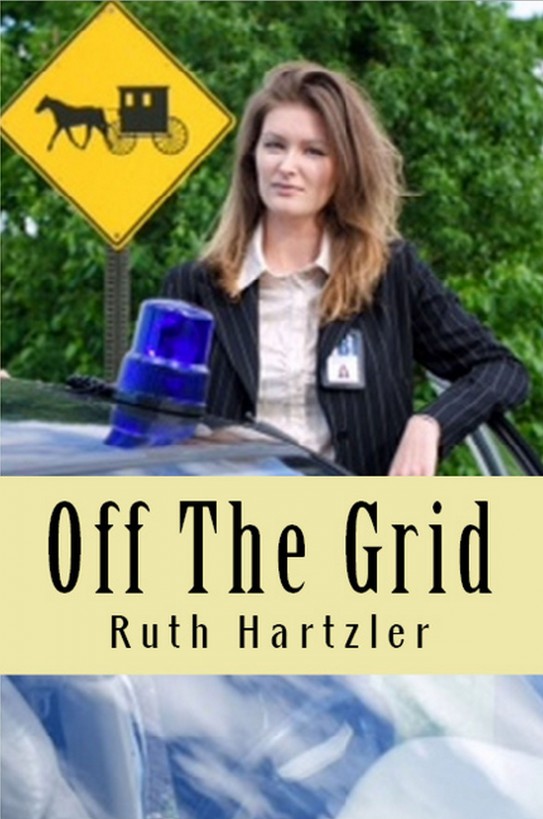 This ebook is licensed for your personal
enjoyment only. This ebook may not be resold or given away to other
people. If you would like to share this book with another person,
please purchase an additional copy for each person you share it
with. If you are reading this book and did not purchase it, or it
was not purchased for your use only, then you should purchase your
own copy from your favorite ebook retailer. Thank you for
respecting the author's hard work.

Scripture quotations are
from The Holy Bible, English Standard Version
®

ascribe to the Lord glory and strength.

Ascribe to the Lord the glory due his
name;

worship the Lord in the splendor of
holiness.

The voice of the Lord is over the waters;

the God of glory thunders,

the Lord, over many waters.

The voice of the Lord is powerful;

the voice of the Lord is full of majesty.

The voice of the Lord breaks the cedars;

the Lord breaks the cedars of Lebanon.

The voice of the Lord flashes forth flames of
fire.

The voice of the Lord shakes the
wilderness;

the Lord shakes the wilderness of Kadesh.

The voice of the Lord makes the deer give
birth

and strips the forests bare,

and in his temple all cry, “Glory!”

The Lord sits enthroned over the flood;

May the Lord give strength to his people!

May the Lord bless his people with peace!

He who dwells in the shelter of the Most
High

will abide in the shadow of the Almighty.

I will say to the Lord, “My refuge and my
fortress,

For he will deliver you from the snare of the
fowler

and from the deadly pestilence.

He will cover you with his pinions,

and under his wings you will find refuge;

his faithfulness is a shield and buckler.

You will not fear the terror of the
night,

nor the arrow that flies by day,

nor the pestilence that stalks in
darkness,

nor the destruction that wastes at
noonday.

A thousand may fall at your side,

ten thousand at your right hand,

but it will not come near you.

You will only look with your eyes

and see the recompense of the wicked.

Because you have made the Lord your dwelling
place -

the Most High, who is my refuge -

no evil shall be allowed to befall you,

no plague come near your tent.

For he will command his angels concerning
you

to guard you in all your ways.

On their hands they will bear you up,

lest you strike your foot against a
stone.

You will tread on the lion and the adder;

the young lion and the serpent you will
trample underfoot.

“
Because he holds fast to me in love, I
will deliver him;

I will protect him, because he knows my
name.

When he calls to me, I will answer him;

I will be with him in trouble;

I will rescue him and honor him.

With long life I will satisfy him

and show him my salvation.”

Next Book in
this Series
.

Other books
by Ruth Hartzler
.

Have I not commanded you? Be strong and
courageous. Do not be frightened, and do not be dismayed, for the
Lord your God is with you wherever you go.

Don’t use the Lord’s name in vain.

Don’t use any curse words.

No mirrors are allowed
.

Be humble, quiet, and modest.

U.S. Marshal, Kate Briggs, sat on the edge
of the bed in the small room, and rubbed her temples. Her head was
spinning from the crash course on how to be seen as Amish that the
bishop and his wife had just given her.

The last few days had been crazy. She had
never met an Amish person until today, and now she had to pretend
to be one.

Kate thought back to how it all started,
less than forty-eight hours ago.

Kate shook hands with Charlie and then stood
just beyond the front door of the small town diner in which they
had lunch. She watched him walk to his car, get in, and drive off.
Her own car was closer, and she made her way to it. She did not
start it right after climbing behind the wheel; instead she closed
her eyes and took a deep breath. She was only two hundred or so
miles from home, and it was going to be the first night she had
spent in her own bed in three long months.

Kate’s job kept her on the road, traveling
from small town to small town, checking in on people in the FBI
Witness Protection Program. It was known to many simply as
WITSEC
, and she really did like her job, even if it was
demanding sometimes. It was hard for her to have many friends back
home, and she had been raised in so many foster homes that she’d
lost count. Kate was a loner, and she preferred it that way.

Charlie and the rest of her charges were the
closest relationships she had, and she only spoke with them a
couple of times a year. She liked Charlie. He was an older guy with
thinning, gray hair and a severe, hawk-like nose. He was Italian,
and had once had some sort of mafia nickname. He was indeed a
mobster, up until the leader of his family got it into his head
that Charlie was an informer. At the time Charlie actually wasn’t
an informer, but when his own guys came after him, he decided to
turn pretty quickly. He got in contact with the feds, sold a few
guys up the river, and now he lived in a small town of a little
over a thousand people in Idaho.

And there were people similar, people with
whom Kate spoke as she traveled across the Midwest. Now, finally,
it was time to go home. She had two weeks off, and she was beside
herself with excitement. She turned the key in the ignition, and
the engine of her car turned over, roaring to life. She hurried and
got onto the highway.

It was early evening when Kate pulled into
her driveway, the sun falling steadily on the horizon, the sky
growing dark. There were white wisps of thin clouds, but otherwise
it was going to be a beautiful night, and the sky reflected that.
She stepped out of the car and paused, letting the soft breeze blow
the ends of her hair about her shoulders.

Kate lived in a small subdivision of cookie
cutter houses just outside a small town in Wyoming. It was quiet,
and she liked it that way, having grown up in the hustle and bustle
of Chicago. She didn’t miss the noise and the crushing crowds, and
while winters could get bad in her town, they were nothing compared
to Chicago.

Kate unlocked the front door and locked it
behind her, before kicking off her shoes and moving into her living
room. She flopped down onto her back on her couch, closing her eyes
for a moment, debating whether she should sleep right there for the
night. But no, the draw of her soft bed was too much to ignore. She
opened her eyes and sat up, reaching for the TV remote on the
coffee table in front of her. She turned the TV on, and then stood,
knowing she should go lug her suitcase from her trunk, but then
decided it could wait until tomorrow.

Kate went into her kitchen and looked at the
pile of mail on the counter there, next to the toaster. Her
neighbor was an older widower named Helen and she had a key to
Kate’s house. She would come in, bring the mail a couple times a
week, and keep on top of things like dusting, or running the heater
every now and then in the winter. She wouldn’t take payment for it,
even if Kate had more money than she knew what to do with and Helen
was surviving on a small chunk of change every month from social
security.

Kate pulled open a few bills, but she did
most of her banking online, from whatever hotel room she was in at
the time. There were a couple magazines for which she wasn’t sure
why she kept renewing her subscription, and then something else
caught her eye. A plain, white envelope with nothing written on it.
Kate quickly put together than it hadn’t been delivered in the
mail. No, someone would have had to put it in her mailbox in
person, and Helen had brought it in with the actual mail.

Kate opened the envelope and pulled out a
stack of about five photographs. She turned them over and almost
dropped them. The very first picture was a picture of her,
sunglasses on, leaving a hotel in the morning. There was a small
date written in digital orange font in the corner of the picture,
indicating that the picture was taken a little more than a month
ago. Every other picture was similar: Kate during her daily
routine, out on her state-wide, slow moving tour. She personally
met with over a hundred people in witness protection each year. It
had been crazy for her to find out that there were so many people
in the program. But it wasn’t as crazy as getting an envelope of
pictures of herself.

Blessed is the man who remains steadfast
under trial, for when he has stood the test he will receive the
crown of life, which God has promised to those who love him.

Kate went upstairs to her bedroom and got
the handgun she kept in a small gun safe under her night stand by
her bed. She made sure it was loaded, flipped the safety off, and
started a slow sweep of her house. It took over half an hour, but
when she was confident she was alone, and that no one but Helen had
been in her home, she felt safe enough to set the gun down on her
coffee table and call someone.

The only person she could think to call was
her boss, David Harper. David had been with WITSEC for some time,
and he had been the only boss Kate had known there, even though she
was going on her sixth year. She had started right out of college,
after graduating with a Masters in Law Enforcement.

David answered on the second ring. “Hey, I
didn’t think I’d hear from you for two weeks,” he said as soon as
he answered.

“I got something weird here,” she said, and
the tone was serious.