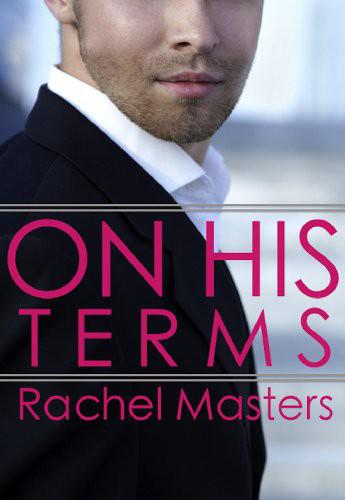 Ally looked out the window of Bobby’s Diner as the shiny black limo pulled up to the
curb.

One of her regulars, a sixty-four year old retiree named Burt, went from looking at
her ass to staring out the window.

“What do you suppose that’s about?” Burt asked.

Burt guffawed, sipping his fifth or sixth refill of coffee that morning.

“His hash
ain’t
worth that much, honey.”

She rolled her eyes and moved off to tend to one of her other customers.

After all, whoever belonged to that limousine might not even be coming in.

And if they did come in, Ally just hoped she didn’t get them at one of her tables.

Ally had learned the hard way these last few years that the rich ones tended to tip
the worst.

Well, Burt was the worst tipper, but the rich ones were still pretty bad.

It had been a busy morning at the diner, but a morning much like the ones that had
come before it.

Running from table to table, taking orders, pouring coffee, ignoring the stares at
her cleavage and butt from the older male customers, while simultaneously staying
as friendly and pert as was possible for the eight dollar an hour wage she was earning.

Of course, it didn’t help that most nights she was taking classes for her teaching
degree.

Between school at night and the diner all day, she barely had time to eat a meal or
have a conversation with her sister.

This wasn’t exactly the life she’d envisioned for herself, but then again, Ally wasn’t
the complaining type.

“Ally!” Chef Denver yelled out from the kitchen.

She looked up, snapping out of her trance.

Ally did as he said, moving to pick up her plates of food.

Recently, life had become so routine that one day seemed to be melting into the other.

But as it turned out, this day was actually nothing like any of the others that had
come before it.

First, there was the sudden flash of cameras and the sound of people talking and even
yelling just outside the diner.

And then, like a dam breaking, a barrage of people came bursting into the place.
Some sort of media hurricane.
There were about ten reporters from local TV networks, radio stations, and newspapers.
There were four secret service-like men wearing black suits, dark sunglasses, wires
coming out of their ears, and apparently trained in the art of not smiling.

He walked out from the kitchen to get a better look at the action.

His wrinkled,
time-worn
face was slack with shock.

Martha, the other waitress on duty, was always quick to complain. “Looks like the
political circus finally made it to our town,” she said to anyone who would listen.

As the deluge of people made their way into the diner, two of the security men prepared
themselves at each side of the entrance door. A third proceeded to open the door,
and wait.

Time stood still for a brief minute or two as the patrons of the diner collectively
held their breath.

A dark-suited man appeared from out of nowhere and opened the rear passenger door
of the limousine and then somebody began to step out of it.

“You know who that is, don’t you?” Martha quizzed Ally.

“Am I supposed to know who that is?”

“What are they teaching you at that night school of yours?”

“I don’t have time to keep up with the
Kardashians
. Just tell me Martha, stop torturing me.”

He’s got his hands in pretty much everything- Hollywood, overseas retail factories,
reconstructing the Golden Gate Bridge
,
you name it
. In the business world, Hale Westbrook is God.”

“So what’s he doing here?” Ally asked, as the crowd that had enveloped Hale began
to move inside the diner.

She got a glimpse of perfectly coiffed hair amidst the hubbub, but not much else.

“I can’t believe I have to explain all of this to you,” said Martha. “He’s
here
because he’s campaigning for governor. He’s made pretty much all the money that one
man can possibly make, so I guess he’s moving onto conquering California. Some say
he’s even lining himself for a chance at the presidency someday.”

Ally had never seen Martha this excited. She knew from her cranky co-worker’s enthusiasm
that whatever was happening must really be a big deal.

Finally, the sea of people surrounding Hale Westbrook parted, and for a brief moment,
she thought he saw her—just as she was seeing him for the first time.

Hale Westbrook just might have been the most fantastic looking man she’d ever seen
in person--maybe anywhere, ever.

He was a broad man, just over six feet tall, with a barrel chest and shoulders like
an athlete. He had beautiful dark brown hair. His skin was remarkably tan, probably
because a billionaire could travel to the most beautiful tropical islands whenever
he felt like it.

But it was Hale Westbrook’s eyes that truly captured Ally’s attention.

His eyes seemed kind, but also strong and without a flicker of doubt about who he
was or what his purpose might be in life.

And anyone he spoke to seemed to be held rapt by Hale’s gaze, as if to just speak
with the man was a privilege and an honor.

Normally, Ally would have been annoyed with his phony politician demeanor- smiling
way too much, shaking hands with people that he probably wouldn’t normally give the
time of day.

But at the same time, he somehow seemed different than most politicians.

There was something genuine underneath it all, she decided.

After a moment of greeting a few patrons and talking with his handlers, Hale Westbrook
held up his hands to signal that he wanted to speak to everyone in the establishment.

The diner hushed as the billionaire began to speak.

“Some of you might know who I am,” he said, smiling wryly, as everyone chuckled.

Obviously, everyone knew
who
he was—
everyone else
, Ally thought, feeling her cheeks flush a little.

“My name is Hale Westbrook,” he said, surveying the room, “and I’m running for governor
of California.”

Applause broke out spontaneously as he said this.

Strangely, Ally found herself beginning to clap as well—and then stopped when she
realized she knew absolutely nothing about him.

For all she knew, he’d make a terrible governor.


“People want to know why I’m running for governor of this incredible state.

I think that I can do better.

Scratch that—I know I can do better.

Again, laughter and applause from the audience.

Hale surveyed his crowd, and suddenly, as he swept the room with his intense and confident
gaze, his eyes met with
hers.
Ally could feel herself fidgeting, as he seemed to hold eye contact with her longer
than anybody else in the crowd.

He grew serious, softening somehow, as he spoke—and it was like he was talking only
to her.

“The thing is, I started with very little, and I will never, ever, forget what that
feels like. I’m here to give you my word, my absolute word, that I will fight every
minute and every hour of the day to make things right for regular, working class people,”
said the governor.

The crowd erupted into applause, and Ally applauded right along with them, completely
forgetting herself.

He looked around the diner, nodding with a gleam in his eye, and then he stared right
at Ally again.

This time she was sure of it, and there was the tingle of electricity shooting up
her spine—she wondered if everyone would notice.

How could they not notice what she was feeling, the chemistry laid bare for all to
see?

But then the moment ended and Ally looked away, shaking her head and feeling rather
silly.

He was just a charismatic politician, Ally thought, and she’d been caught in his spell
for a second or two.

As Hale made his way around the diner, shaking hands with every soul in the place,
Ally found herself unable to stop glancing at him, hoping to catch his eye once more.