Read Once Upon a Plaid Online

Once Upon a Plaid 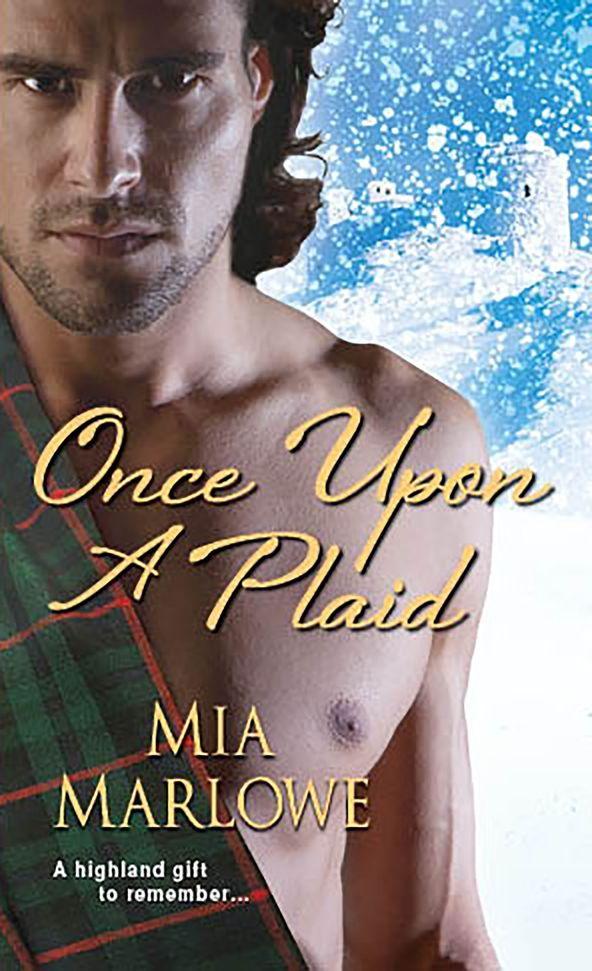 DEVIL TAKE THE MAN’S STUBBORNNESS
Between Nab being carried aloft and the hounds scuttling between men’s legs below, the great hall was a squirming mass of unwieldy limbs. Then to cap the pandemonium, the door burst open and a hoary breath of winter washed over the company.
And blew in William Douglas, Laird of Badenoch, with it.
He stomped his booted feet on the threshold, shaking free great chunks of white. Even though he’d drawn the end of his plaid over his head, his dark hair was dusted with snow. His brows were drawn together in a frown over his fine straight nose.
Something tingled to life in Katherine’s chest at the sight of him, but she tamped it down. Hope hurt too much. She’d thought herself safe from him for Christmas since a howling storm had roared since midday, but he’d evidently ridden through the blizzard to come after her.
Devil take the man’s stubbornness.
More from Mia Marlowe
Touch of a Thief
Touch of a Rogue
Touch of a Scoundrel
Plaid to the Bone
(eBook novella)
Plaid Tidings
Once Upon A Plaid
MIA
MARLOWE

Transplanting Holly Oakwood by Di Jones
About That Night by Norah McClintock
Fair Play by Shay, Janna
The Thirteenth Man by J.L. Doty
What Color Is Your Parachute? by Carol Christen, Jean M. Blomquist, Richard N. Bolles
My Masters' Nightmare Season 1, Episode 11 Consummation by Marita A. Hansen
Twelve Days by Isabelle Rowan
Frantic by Katherine Howell
Renegade Alpha (ALPHA 5) by Carole Mortimer
The Fall of the House of Zeus by Curtis Wilkie