Carolyn Brown,
an award-winning author who has sold more than forty books, credits her eclectic family for her humor and writing ideas. She was born in Texas but grew up in southern Oklahoma where she and her husband, Charles, a retired English teacher, make their home. They have three grown children and enough grandchildren to keep them young.

Read on for more from Carolyn Brown and the
Luckadeau cowboys

Coming in January 2010 from Sourcebooks Casablanca

GETTING
Lucky
That evening Julie read the kids a book and then went to her room. She could hear Griffin talking to his mother and sister in the hallway. Their voices floated through the door but she couldn't make out a single word, only the tone. Once or twice Melinda swore and then she laughed. Julie wondered briefly what could be funny, but not for long.
She picked up the new Sue Grafton book she'd bought at the bookstore when she was at the Gainesville mall. Before the fire she'd owned the whole set, from
A
is for Alibi
right up to
S is for Silence
.
T is for Trespass
had been out for months but she hadn't had time to read anything lately.
Footsteps came up the stairs. Two sets went to rooms across the hall. One set stopped at her door for a moment then continued on to Griffin's room. She wondered if he was aching for a fight about that kiss. Well if he was, then he should have it, right?
She peeked out into the hallway. She could hear Melinda and Laura moving around behind closed doors. She tiptoed to Griffin's door and raised a hand to knock, then thought better of it. One little noise and at least two doors would open in the hallway, with the possibility of a third, if Annie heard it. Explaining to Annie would be easy compared to Laura and Melinda if they caught her going into Griffin's room. Melinda's temper would ignite into flames and she'd do a dance right there in the hallway for being right about the red-haired, white trash gold digger.
She turned the knob and eased into the dark room. Griffin was stretched out on the bed, his hands laced behind his head. He figured Lizzy was sneaking into his room to ask for a midnight snack. When he looked across the room and saw Julie lit up from the moonlight flowing through the window, he sat up so fast it made him dizzy.
"Which kid needs me?" he whispered.
"Nothing is the matter with the kids. Something is the matter with us," she said.
"Please tell me that kiss didn't spook you into leaving Saint Jo for the holidays…"
"I'm not leaving. Wild horses couldn't drive me away and let your sister win this silly war she's declared on me," she said.
He threw himself backwards with enough force to make the bed bounce. She pulled up a rocking chair to the side of his bed and slid into it, drawing her knees up, propping her forearms on them and her chin on her arms.
"Okay, then what is the problem that you'd invade my bedroom without even knocking?"
She was suddenly tongue tied. What had seemed like a perfectly good idea five minutes before was suddenly sophomoric and silly. She wasn't a teenager and Griffin wasn't the first man she'd kissed.
"It was the kiss, wasn't it?" he asked.
She nodded.
"Well, rest assured it was just something that
happened. Kind of like a knee-jerk reaction to a situa tion. It won't happen again."
"Why?" she asked.
"What do you mean?"
"Why won't it happen again? Am I ugly? Do I repel you?"
He sat up again. "You most certainly do not!"
He was careful to keep the sheet over his lower body. Just looking at her in that silly nightshirt with Betty Boop on the front had flushed him with desire that wasn't easy to cover up, even with a sheet.
"Then why?"
"Because you…" he stammered.
"Because I was with your brother, Graham?"
"That, and the fact that you and I could never have a relationship, Julie. Number one, you are not my type. Number two… I can't think of what number two is but give me a day or two and I'll have a whole list."
She was on her feet in flash and put one hand on each of Griffin's cheeks. She leaned forward and kissed him soundly and passionately. When she broke away she ran her tongue over her lips to get the final taste.
"Number one," she said, "you aren't my type either. Number two, I'd rather be your friend. Number three, you kiss damn good and your brother and I were both so plastered that night I can't even remember what his kisses were like. Good night, Griffin. Rest assured, it won't happen again. I just wanted to make sure the first kiss I'd had since my divorce really was as good as I thought it was."
"And was it?" he asked hoarsely.
"I don't kiss and tell." She slipped out the door. 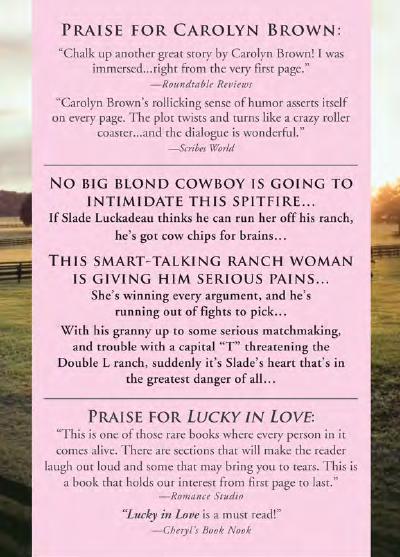 Untouchable by Scott O'Connor
Notes to the Complete Poetical Works of Percy Bysshe Shelley by Mary Wollstonecraft Shelley
In the Shadow of Vengeance by Nancy C. Weeks
The Sins of the Mother by Danielle Steel
Out There in the Darkness by Ed Gorman
Grounded (Grounded #1) by Heather Young-Nichols
Baptism of Fire by Christine Harris
Seize Me by Crystal Spears
Imagine by Christiane Shoenhair, Liam McEvilly
Cruel Enchantment by Bast, Anya