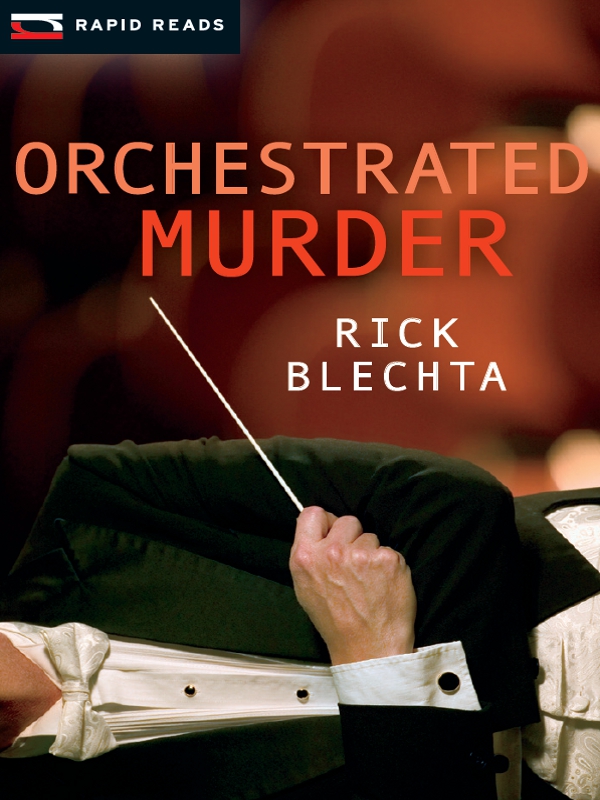 Summary: The murder of the symphony's star conductor leaves Detective Lieutenant Pratt and his young sidekick with an orchestra full of suspects. (
RL
5.4)

Orca Book Publishers is dedicated to preserving the environment and has
printed this book on paper certified by the Forest Stewardship Council
Â®
.

Dedicated to my uncle, George Blechta, with
great fondness and with gratitude for his help
and support over the years.

P
ratt felt like pounding his head on his desk. Why couldn't McDonnell just leave him alone today?

He felt every one of his fifty-four years as he walked past all the empty desks to the office of the man who ran the Homicide Division. His desk was as far away from the office as he could get it.

“What can I do for you?” Pratt asked.

Captain McDonnell looked up from the papers on his desk. “There's a problem at Symphony Hall. A big problem.”

“I've just had a call from upstairs. Appears someone's murdered the damn conductor.”

“Yesâif he's the conductor. I thought it would be right up your alley. You like this kind of music so much.”

What he wanted at the moment was a good nap, not another job. The previous night he'd been wrapping up a tricky case and got exactly three hours' sleep on a sofa in an empty office he'd found. He had the stiff neck to prove it too.

“The chief wants you to tread lightly. That's the other reason I'm sending you. You know how to act around the symphony set.”

McDonnell shook his head. “Nope. Just hustle down there. Once the press gets hold of the news, all hell's going to break loose.” As Pratt turned to go, his boss added, “Take Ellis with you. Show him the ropes. This promises to be a little out of the ordinary.”

Just great. Saddled with the greenest member of the squad. Pratt didn't even know the kid's first name and didn't care to. Hopefully the young pup wouldn't screw anything up.

As he went back to his desk, the captain called, “Good job last night, Pratt. You did us proud.”

Pratt bit his tongue. Then why not let someone else handle this job and let him go home?

Pratt let Ellis drive across town to the city's latest municipal wonder. Built four years earlier to a lot of taxpayer squawking, Symphony Hall was beautiful outside but cold and sterile. Inside, though, it was all wood, and the sound quality was lovely. He'd heard Beethoven's Fifth Symphony there the previous month, and it had been a concert he'd remember for a long time. Spadafini had been very impressive.

Now Pratt's head felt as if it was stuffed with sawdust. Great way to begin an investigation.

Ellis was a good-looking lad. Tall and still lanky, a lot like Pratt when he'd been that age. Thirty years later, he'd lost most of his hair and put on a good fifty pounds. At least he didn't need glassesâyet.

Making conversation, he asked, “How long have you been in Homicide?

“Seen any action yet?”

“I wanted to say that it's an honor to be working with you.”

“I don't need buttering up, Ellis. You're here to make my life easier. Keep your eyes and ears open and try to stay out of my way.”

“And another thing: stop calling me âsir.' Pratt will do.”

The coast was still clear as they pulled up at the backstage entrance. Surprisingly, the media hadn't arrived yet. A beat cop Pratt recognized was standing next to the door, looking bored.

“It's going to be a madhouse out here too. Don't let anyone in, and don't tell them anything.”

Later on Pratt was sorry that he had just rushed by. He might have retired on the spot if he'd known about the unholy mess he was walking into.

At the vacant security desk just inside, a sergeant Pratt knew was waiting. Next to him stood a man wearing a suit and tie, even though it was Saturday morning. He looked to be in his late thirties, medium height, slightly overweight.

“Glad they sent you, Pratt,” the sergeant said as they shook hands. “This is Michael Browne. He's the symphony's manager. He's the one who called the murder in.”

Pratt knew Browne had to be competent to have this sort of job. At the moment, he looked pretty rattled and on edge.

“The situation is a real mess,” the sergeant added.

“Blood?” the detective asked. He hated the bloody ones.

“The entire orchestra has confessed.”

Pratt kept his face expressionless. “Tell me about it,” he sighed.

The sergeant flipped open his notebook. “The call came in at ten seventeen, and the nearest squad car was sent over. At ten twenty-six, they called for backup and I was dispatched with two additional men.”

“Let's get another half-dozen down here. Make a perimeter at either end of the street outside to keep the media away. They'll be all over this place like a bunch of cockroaches. I want this building wrapped in crime-scene tape.”

“So when you got here, what did you find?”

“The body of the conductor in his office, and the orchestra waiting impatiently in the rehearsal room in the basement.”

“How did they find out what had happened?”

Browne cleared his throat. “That was me, I'm afraid. I guess I was more shaken up than I thought. I just sort of blurted it out. Spadafini was our leader.”

Pratt turned to him. “And their response?”

“Why, complete shock, of course. Who wouldn't have been shocked?”

Now to the heart of the matter. “And this mass confession, how did that come about?”

The sergeant took over again. “I told two of my officers to stay in the room with the orchestra and not let anyone leave. But there was no way to separate that many people to keep them from talking. I guess that's when they cooked this up.”

Both police veterans knew the ploy was a dodge to protect the real killerâand that was a strange thing to do. There was more to this than met the eye.

Ellis looked as if he wanted to speak, so Pratt nodded to him.

“How many people are we talking about?” the young detective asked.

Pratt's frown deepened. “Who else is in the building today?”

“Just me,” Browne said. When Pratt raised his eyebrows, the orchestra manager continued. “Four stagehands were here at the start of the rehearsal, but there was, um, a problem with Spadafini. They called what they refer to as a âstudy session.'”

“Meaning they're off somewhere having coffee while they wait for the union rep to appear.”

Pratt noticed that Ellis had his book out, taking notes. Either someone had told him about Pratt, or he was smarter than he looked.

“Cause of the friction?”

It was Browne's turn to sigh. “It's no secret that Spadafini could be quite difficult.”

“But you're certain the stagehands were out of the building?”

“Yes. Shortly after the rehearsal began. I let them out myself. I was hoping to calm them down.”

Pratt needed time to think. He knew he didn't have that time.

“I'd better see the body.” He'd only taken two steps when he turned back to the sergeant. “I don't suppose there's any security surveillance of the murder scene? No? Well, check whatever security footage there is for anything useful.”

The conductor's office was one floor above. The door was slightly open. Since the Scene of Crime team hadn't yet arrived, Pratt took a package containing a pair of latex slip-ons from his coat pocket. He quickly snapped them over his shoes.

“Wait out here,” he told Browne and Ellis.