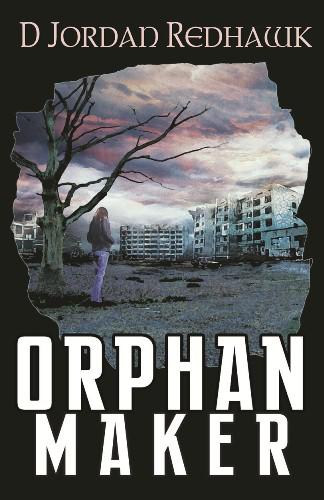 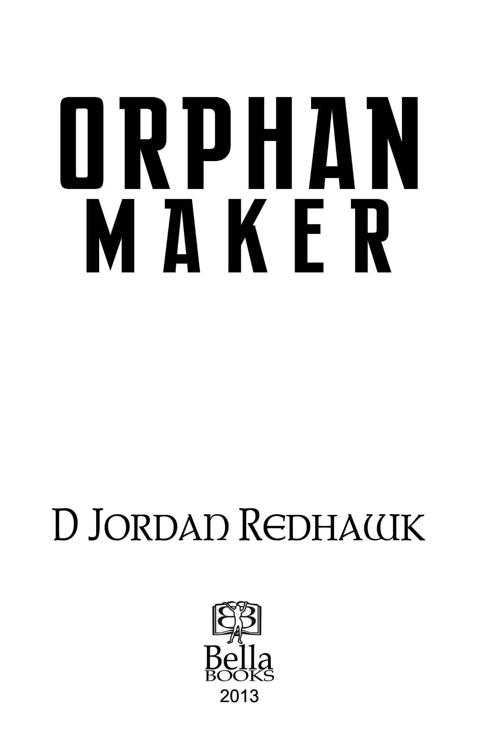 Printed in the United States of America on acid-free paper

To Anna Trinity Redhawk—Happy Twenty-Fifth Anniversary, Gorgeous! I love you!

And to Nancy Sommars—Thanks for the teddy bear pancakes!

This book takes me back to my early high school days. My family moved into the Idaho Rocky Mountains when I was fourteen, and I spent eighth and ninth grade in a class of fifty-five kids. We lived in a tiny village between two mountains. At our house, there was a horse pasture to our right and a creek to our left that led to the coolest private sandbars. A couple of times a month (weather depending,) we’d take a Jeep ride up into those mountains… I adored walking the dirt roads, smelling pine trees, picking up pinecones and rocks, picking wild huckleberries. (During winter, having a ten foot snow slide from your house to the street wasn’t bad, either!) I haven’t been back since then, so I’m sure it’s changed dramatically. I have to thank Nancy Sommars for the experience, however short as it may have been. If you ever find yourself driving through the mountains between Boise and Lewiston, Idaho, stop and take a look at Donnelly and McCall, would you? Let me know how they’re doing! Lindsay Crossing was born there.

Additional thanks go to Medora MacDougall for her comments during the early stages of this book. Also to Shawn Cady, Anita Pawlowski and Anna Redhawk for the final readings. You guys are always there for me. I love you!

To the people at Bella Books—you guys are…well…awesome! I know the word is trite these days, but nothing else describes it! Thanks to Bella for taking a chance with this manuscript, to Jessica for her timely assistance with all sorts of oddball questions, to Katherine V. Forrest for her editing chops and supreme patience, and Linda Callaghan for great cover art!

D Jordan Redhawk lives in Portland, Oregon where she works in the hospitality industry. (But don’t make the mistake of thinking she’s hospitable.) Her household consists of her wife of twenty-five years, two aging black cats that provide no luck whatsoever, and a white buffalo Beanie Buddy named Roam.

Gwen Grant leaned against the door to Riddick’s sickroom. The rotting meat smell of his wound made her nose wrinkle. If it had been anyone else in that bed, she would have offered a bullet in the brainpan by now. But it was Riddick, an asshole so monstrous that God had broken the mold when He’d finished birthing the bastard. No one wanted to waste a bullet on him.

She looked at Weasel, the leader of the State Street Gatos. His appearance was very like his namesake with eyes small and close-set. He peered at her down a pointy upturned nose. He hadn’t gotten much taller in the four years she’d known him, but poor nutrition and genetics had gifted her with a smaller stature so he seemed to tower over her. “No idea. I’d have thought him dead days ago.”

He draped his arm around her waist as she pushed off the doorframe to lean into him. “Has he said anything else about that place?”

“Nope.” She stared into the room. “Tex says his fever’s really bad. How do we know he’s not hallucinating?”

“We don’t. But if he’s not, we should be able to find it on a map, right?” Weasel glanced over his shoulder to ensure they were alone. “We can’t stay here. We’ll be dead before winter.”

She pursed her lips, knowing he spoke truth. The kids had gone through a lot the last couple of years. As resources dwindled, the canned goods no longer supporting the population, famine began its march across the city. Once simple territorial disputes, gang fighting became one of claiming what little food remained. Their last attempt at getting food had resulted in a shoot-out that killed multiple soldiers and wounded Riddick. They had sixty-three mouths to feed, and nothing left but rats and a fifty-pound bag of dog kibble. Starvation had put a handful into sickbeds, too weak to do more than keep breathing. Even the soldiers were on rations. It was just a matter of time before the last survivors of the Methuselah Plague joined their parents in death.

Weasel gave her a hug and released her, stepping into Riddick’s room. She followed. He pulled up a rickety lawn chair and sat down while she took the dry cloth from Riddick’s forehead to dampen with river water. The shock of the water woke the wounded man from his fever dream, and Gwen hastily pulled back. In his delirium, Riddick had already bloodied the lip of another caretaker.

Panting, Riddick searched for Weasel, his body restless with the pain festering in his thigh. The filthy bandage had long since become nothing but a mass of black and green blood as the infection raged. A number of flies had made their home in the mess, and red streaks ran up and down his bared leg.

Disgusted, Gwen dipped another rag into the water, wringing it out over Riddick’s lips. He eagerly sucked the liquid into his mouth.

“Yeah, I know. Fuckin’ sheep. You said that already, dawg. Tell me where Lindsay Crossing is.”

Riddick’s head thrashed. “North.” He stretched, the movement in his leg causing him to cry out. Weeping, he snarled at Weasel. “It’s fucking north, damn it! Up in the mountains. Leave me the fuck alone.”

The sight of Riddick bawling like a baby unsettled Gwen. She’d only ever seen him angry or sullen, surrounded by his little posse of friends. His buddies had all died in the same gunfight that had wounded him, leaving him alone in a gang of people who didn’t give a shit whether he lived or died.

Weasel considered the wounded man. “You think they’ll take us in if we show up there?”

“Fuckin’ sheep. Think they’re so much better than we are,” Riddick muttered as his memories took over his fevered dreams. He shifted and whimpered, “Damn her.” His voice faded into incomprehensible murmurs as he lost himself to the past.

With a snort, Weasel stood and left the room. Gwen trailed behind him. “Rogelio, get me that atlas from my crib.”

As the soldier did as ordered, Gwen ran her fingers along Weasel’s back, stopping to lightly grasp his shoulder. “At least we know a direction this time. I’m surprised he gave it up.”

“Me too.” Weasel stood at the catwalk overlooking the dirty warehouse his crew called home.

Beneath them, the State Street Gatos lounged on stained mattresses and chairs salvaged from nearby residences and businesses. None of the survivors were older than nineteen. They lounged in the filth, once fine-looking leather and silk clothing ripped and scuffed, sweat-stained and filthy. Hollow-eyed, many of them tried to hide the cadaverous lines of their faces with makeup. It had become the rage to emulate American Indian war paint, and the garish colors helped disguise their emaciated features. All told, Weasel had twelve children under the age of five still breathing. Half of these toddlers had no parents, orphaned in the second and third wave of illness that had swept through Weasel’s crew. Others had lost older siblings to the fighting and starvation that had run rampant among the survivors of the Methuselah Plague.

“
Graciás.
” Opening it, Weasel narrowed his eyes to read the words, laboriously searching for and finding the page he needed. “Here’s hopin’ it’s in this fucking state and not up in Canada somewhere.”

“Are you sure about this, Weasel?”

“For the hundredth time, I’m sure!” Weasel looked away from the binoculars long enough to glare at her. “Christ, Gwen, if you didn’t believe that cracker, why the hell did you come with me?”

Gwen shrugged thin shoulders. Sequins sparkled from the Superstar logo emblazoned on the breast pocket of her denim jacket, the full effect lost with half the sequins absent, leaving faded blue marks in their place. “Beats starving to death in the city.”

Weasel grimaced, relaxing his defensive stance. “We ain’t gonna starve to death, okay? Those people are still up here. They’ll take us in.”

She startled him with a rusty laugh. “I wouldn’t take us in.”

“Yeah? Well, I guess it’s a good thing you ain’t already up here, ain’t it?” Weasel returned to scanning the narrow valley with his binoculars.

She glanced behind her at Weasel’s crew, those that were strong enough to follow him on this bizarre trek. An even twenty had been left behind, too sick or dispirited to join their exodus to the proverbial holy land. Forty-three survivors from a city of thousands splayed out in various states of repose on the side of a two-lane highway. The pavement was pitted from five years of bad weather and the occasional falling rock from the above mountainside. To the east was a dusty shoulder dropping off into a ravine. On the west was the wall of a cliff that had been created when the road had been carved into the mountainside. Those who’d had the foresight to bring possessions, scant as they were, carried them in anything from designer packs to salvaged wheelbarrows. Several had taken the opportunity to remove stylish if tattered shoes, revealing blisters and swollen joints from days of forced marching on the harsh road. Only a few had had the sense to scavenge better shoes along the way. Even those limped along from the rigors of breaking in new leather and canvas. It had been years ago since she’d heard it, but Gwen thought she remembered an appropriate phrase: a trail of tears. This time it was a trail of shoes marking the passage of this destitute lot in search of survival.

Scimitar War by Chris A. Jackson
Her Demon Prince (Forbidden Fantasy) by Ross, Cathleen
Sophie's Encore by Nicky Wells
Amy Inspired by Bethany Pierce
Burn With Me (Legend of the Sun Whisperers) by Gray, Christle
Home Is Where the Christmas Trees Are by CJane Elliott
The Dirt Peddler by Dorien Grey
Husk by J. Kent Messum
Nothing but Smoke (Fire and Rain) by Daisy Harris
Defending Earth-Discovery Means Death by Saxon Andrew