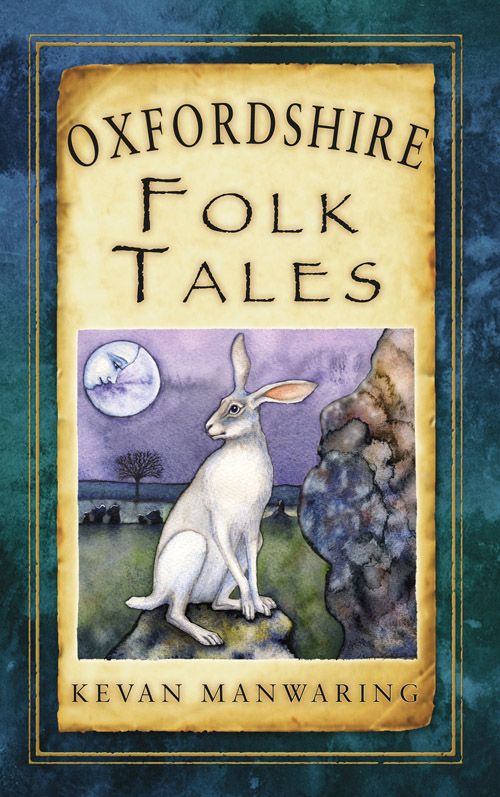 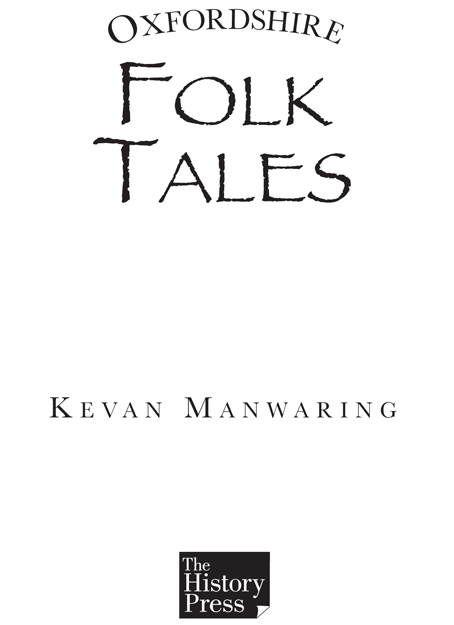 Thank you to: Jennifer Horsfall (for her support and good listening skills); Anthony Nanson and Kirsty Hartsiotis (for conjuring spirits of place with me); Karola Renard and Mark Hassall (turning the wheel in Bonn); David Phelps (for kick-starting this great series); David Metcalfe (host of the Bath Storytelling Circle); Wayland the Skald (forging words at the Smithy); all the tellers and the listeners over the centuries who have kept these tales alive; Matilda Richards and The History Press; and Oxfordshire – for being such an inspiring county.

As a child and young man growing up in Northampton, Oxfordshire was the ‘special world’ – in contrast to my very ‘ordinary’ one – just over the county border. Beyond what seemed (at the time) like a prosaic place to live, things got more picturesque and interesting in a south-westerly direction: the beautiful spire of Bloxham was a heartening site as one wended down the winding lanes towards the Cotswolds. Red brick turned to golden limestone. Banbury became my ‘Bree’ – and the Prancing Pony was the fine lady upon her cock horse, now immortalised in a splendid statue by the Cross. The Rollright Stones were the first stone circle I came to know; the nearest Neolithic monument to home, the first glimpse of prehistory and another way of being. I have visited it many times, and have had several magical moments there, often quietly communing with the Whispering Knights, the King’s Stone or the King’s Men. These ancient gnarled menhirs acted as kindling to my imagination.

The further south-west one went, the prettier it seemed to get. The charming towns of Chipping Norton, Stow-on-the-Wold, Burford and Moreton-in-Marsh waited. The hills got more dramatic – the Fosseway providing a free rollercoaster on my two wheels, as I crisscrossed the county countless times, visiting my old home town from the West Country where I settled in my late twenties. From Bath, and later, Stroud, the route across the Cotswolds was always my way back to my roots, and so I have probably traversed Oxfordshire more than any other county in England. It has become familiar to me, but still retains that special ‘threshold’ quality – it is a zone of transition for me, abutting as it does both my old home county (Northamptonshire) and my new one (Gloucestershire): near enough to be familiar, but far enough to be deemed as a place with a numinous atmosphere.

Sacred places that seem attainable have always held a special allure for me – my favourite stories are, so often, because the ‘gateway’ they provide seems imminent and accessible (e.g. in
Mythago Wood
by Robert Holdstock, Ryhope Wood – a small fragment of ancient woodland which feels tantalisingly close – could be Yardley Chase, an outlier of a wildwood that once stretched to the south coast). As I child ‘I longed for scenes where man has never trod’, as I followed in the footsteps of peasant poet, John Clare, who was interred in my home town. Exploring my neck of the woods – the ‘spinneys’ and gentle hills that demarcated the edge of my world – I searched for secret pathways; for roads less travelled.

In the selection of these stories I have eschewed the mainstream and explored the green lanes and hollow-ways of Oxfordshire’s oral tradition – as recorded by the likes of Ruth Tongue and Katherine M. Briggs, who lived in the area. On my two wheels, or on two feet, I have visited all the places featured, often several times. Some, like the White Horse of Uffington, have been engraved upon my soul from years of pilgrimage (I once walked the Ridgeway to it – and beyond – to Avebury). If there is a good folk tale I have pounced upon it, and done my best to revivify it in my own voice – this has often followed a live performance. My preferred methodology was to strip the tale down to the ‘bones’ and then perform it to an audience, before committing it to a text version. If this was not possible, I have, at the very least, ‘performed’ it to myself – many times in situ, as a way of giving thanks to the original source of inspiration and checking that the tale evokes the spirit of the place accurately. Two significant shows where these tales were road-tested were: the ‘Turning the Wheel’, a bilingual storytelling performance which took place with fellow tellers Karola Renard, Mark Hassall and Anthony Nanson at Bonn Central Library, Germany, on Twelfth Night, 5th of January 2012; and ‘Spirits of Place’, with Anthony Nanson (
Gloucestershire Folk Tales
) and Kirsty Hartsiotis (
Wiltshire Folk Tales
) at Hawkwood College, near Stroud, on St George’s Day, 23rd of April, the same year. Others were tested at the Bath Storytelling Circle and similar events. Thus, the narrative style is informed by an authentic and individualistic style of oral delivery. I hope this brings them alive on the page, but does not exclude the reader/teller to perform them in their own way.

Where only a scrap or two of folklore existed I have fermented it in my imagination to create a folk tale around it. This, I feel, is exactly the process that storytellers have been engaged in over the millennia. The first ‘versions’ of these tales were possibly created in just the same way; an unusual feature or phenomenon providing the grit in the oyster to the local fabulist. Nature abhors a vacuum and so does the human imagination and where there is a lack of facts, we have an instinct to fill in the gaps with narrative invention (‘Here be dragons’). I haven’t imposed a story of my own upon a place, only selecting places that already have a folkloric focal point. My imagining of the tale of place is merely an addition to the secretion of narrative I have found already occurring there, a conversation I have joined in with. And in this way, the landscape is mythologised and the storytellers who have inhabited this county (and been inhabited by it) conjure a dreamtime from the windings of the rainbow serpent of the tongue, the hearth, the heart and the listener’s attention. The traditional and contemporary merge in the moment of the telling. The ancient becomes topical. The ‘there’ becomes ‘here’; the ‘then’ becomes the ‘now’. We become part of the tale and the tale becomes a part of us.

Having learnt these stories to recreate in an extempore fashion, organically, in the moment, I feel I have a ‘moveable county’ within me now: my own version of Oxfordshire – selective, subjective; coloured, no doubt, by my predilections and peccadilloes. It feels like an interesting place to visit and I’ll keep returning there, every time I tell one of these tales.

If this collection whets your appetite and encourages you to explore the county and become your own ‘folk tale hunter’, then it will have succeeded. May it deepen your appreciation of what is a beautiful area, the very quintessence of England – a meadpit for kings and warriors; saints and scholars; highwaymen and rogues; ghosts and cavaliers; merchants and tinkers; future prime ministers and presidents; wise women and wizards; mistresses and storytellers – the crossroads of history where treasure can be found in both the great and the small; the lauded and the neglected; the glimmering fragment in the hedgerow; the time-worn feature, hiding in plain sight.