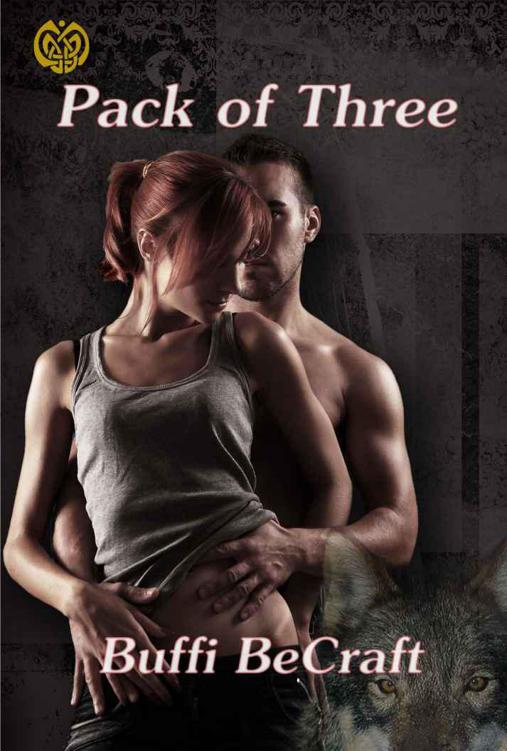 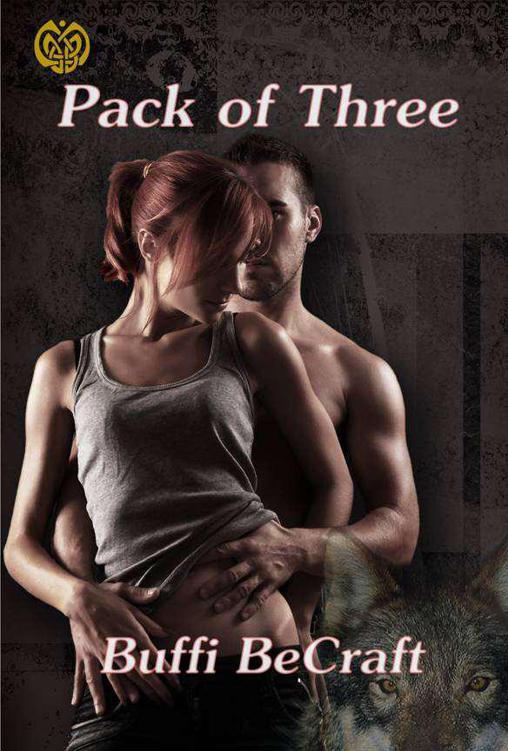 Names, characters, and incidents depicted in this book are products of the author's imagination or are used fictitiously. Any resemblance to actual events, locales, organizations, or persons, living or dead, is entirely coincidental.

No part of this story may be reproduced in any form or by any means, without

permission in writing from the publisher/s.

Jill kept her bat ready as she stepped through the shattered glass doors of the abandoned drug store. Time and practice made her careful to stay quiet, even in heavy-duty steel-toed work boots and fatigue-style hunter pants, courtesy of last month’s run in with a nasty band of satyrs in a bargain resale shop.

She hadn’t been able to break the spell on the satyrs’ crazy harem of humans, but getting away without being raped by goat people was good enough. The boots had been an addition after one of the dogs nipped her ankle, the pain dissolving the last of the satyrs’ lust spell. A bite from other things, not-so-friendly as her canine companions, could be worse than deadly. The idea of doing the nasty with half-goats still made her skin crawl.

Merc whined softly; the scarred pit bull stayed right on her heels. She probably should have called him Ghost, for the dog’s almost albino coloring and tendency to stay on her ass at all times. Merc’s healed nip on her ankle hummed when he was close, reminding her to be careful. The scarred animal had good reason, and it was always good to have someone at your back when the monsters could be anywhere. His golden canine gaze met hers before he hunched his shoulders and snuffled the ground; his fine white fur rose in a fluff of hackles. She could only imagine what life had been like for him before she’d rescued him from the pound. Literally, the last living creature locked in that place—if you didn’t count the rats.

On the other hand, Uncas, her other canine companion, gave a wolfish snort and cut ahead of them, easy and confident as he slipped into the deserted wreck of a store. A beautiful blend of black, gray, and browns, Uncas looked more wolf than the dog mix she suspected when he’d suddenly jumped between her and the pack of damn zombies that had started this entire apocalypse months ago. She’d almost shot the dog for biting her shoulder in the fray. Fever stricken, she nearly and shot him later, thinking he’d given her rabies. Uncus looked back at her, pausing as if understanding her thoughts. Jill could almost feel the dog’s calm purpose directed at her.
Trust me and everything will be fine,
Uncas’s will calmed her nerves.

She blew out a breath and nodded.

God, she was insane.

They said acceptance was the first step. To what end, she had no clue.

First zombies, then all of frigging reality shifted as vampires, trolls, goblins, and every other myth descended on humanity and destroyed everything. The most ironic thing was that no one but the monsters knew why.

And except for the crazy connection her imagination created with Uncas and Merc, the monsters weren’t talking to the likes of her. The wolf-dog disappeared around the corner. Uncas scoped out the building with a silence and intelligence that was almost unnerving at times. Jill was glad he was on her side. If he’d been a man, he’d be perfect. In her dreams, he was. Or at least she dreamed of a man with the same sense of strength and protectiveness that the wolf-dog had.

A man who could hold her at night.

Shaking off her thoughts, she adjusted her backpack and scanned the shadows of the suspended ceiling for disturbances. Gremlins loved to hide in the 'up highs', or in vents, swarming an unsuspecting victim. They were a good team; the dogs and her. Uncas patrolled for ground enemy. Jill kept watch for the high spots. And, Merc watched their backs.

Jill headed for the medicals, quickly grabbing and stowing a few boxes of band-aids, antibiotic cream, and over the counter anti-inflammatory pills in her back pack.

There wasn’t much of anything useful left. Drug addicts and survivors before her had already hit this place. The pastries and junk food were moldy. Canned goods were long gone. However, Jill did manage to scrounge a few bottles of olive leaf, a natural antibiotic, two boxes each of baby cereal and teething toast, and a mother-load of dog biscuits—the beef and vitamin fortified kind. Yum. Jill really hoped that dog biscuit stew wasn’t in the immediate future.

Real affection and yeah,
love,
bubbled up in her. Both Uncas and Merc disdained dog food. Her boys could be real prima-donnas sometimes. Usually, she or the dogs found normal, non-magical, small game for dinner. In fact, her favorite place was curled between the dogs’ warm bodies in the middle of the night. It was the only time Jill felt truly safe anymore.

She’d come a long way from the sophisticated, latte-loving Fort Worth legal aid, who enjoyed the perks of sleeping with the boss. Survival was survival, Jill told herself. Though now, in brief moments of retrospect, she didn’t like the shallow self-serving bitch she’d been.

Merc whined again. She felt the pitt’s uneasiness as a soft touch on the ankle, a good clue that it was time to pay attention and get moving again. Jill hefted the bat once more. Guns made noise and needed a steady supply of ammunition. Tasers needed recharging and the only electricity around was in the human enslaved cities. Pepper spray eventually ran out or plain pissed off most supernatural things.

“Well, hello pretty.” The voice froze her in her tracks. Merc crouched and growled low, focused intently on the human-looking man appearing in the doorway. Quickly, Jill shut down the spurt of fear and averted her eyes from his.

She ran through the list of possibilities. Pointy ears, pale skin, insanely pretty with long platinum hair and sharp features . Either elf or vampire.

He tilted his head, ignoring Merc as he glided into the room. The leather duster and clothes underneath were very Matrix-esque. The spicy, male scent seemed to seep into her, reminding Jill that she was still woman and aside from two dogs, so very, very alone in the world.

Jill shook her head and shouldered the bat as she took better stock of the man blocking her exit. Her heart kicked in her chest and New Guy smiled, showing a row of very pointed teeth. His eyes, she realized were dark holes. Not vampire, not elf, but something else. He wasn’t pushing into her space—yet—but she knew better than to rush at unknown creatures.

Her pulse pounded in her veins. Long-dormant hormones curled in her belly.

He smiled, lifting his nose to the air. “Mmmm. Now put down the stick, pretty.” The sound of his voice tugged low in her belly, counterpointed by a burn on her shoulder.

Jill swallowed the simmering desire, feeling the spell, much like the satyrs one had, try to take hold of her. “You’ll like it.” The sexual tug was almost visceral, pulling her foot forward as he extended a pale hand toward her. The bite on her shoulder burned white hot, distracting her from the urge to throw herself at the creature.

Uncas growled at their left.
Back up. Touch Merc.
Reconnect with us.

Jill obeyed the urge, dropping one hand to the pit bull’s head and shuffling her feet back. She knew better than to engage the monster in conversation. Trading barbs might be fun, but it let some of them into your psyche. Uncas growled again, coming into view and distracting the stranger from his focus on her. It actually hissed at the wolf-dog as Uncas put himself between them. Very real danger suffused the air as Merc moved to flank the other side.

Jill’s hormones surged again, and she dropped the backpack. Lust and fury mingled in her veins. Ok. So this thing had to be a succubus of some kind.
No
, she remembered that the males were called incubus.

It wasn’t getting the dogs or her. Uncas growled again.
Stay back. Do not let it touch you.

“Oh, how the mighty have fallen.” The incubus sneered at Uncas. It flicked its gaze to Merc and laughed. The soulless quality shivered in Jill’s soul. “I had heard that your kind were banding together to keep the last of the fodder for yourselves.” It laughed again. “How pathetic.”

Merc snarled and leapt forward, a blur of white. Uncas’s bark was lost under Merc’s yelp. Blood spilled as the dog rolled; his side a slashed-wash of red as he jumped to his feet.

Oh, she was pissed now. Her shoulder and ankle bit with hot warning, keeping her mind clear of the thing's lust spell. Jill pulled the stainless steel hunting knife from her belt. Damn if she’d let that thing get Merc.

The incubus hissed again and crouched into a defensive stance. The sharp beauty of his face twisted. Merc’s blood dripped from the pointed ends of the incubus’s fingers.

Okay
, Jill noted. The thing could turn normal fingers into sharp weapons. Uncas jumped between her and the monster.

“Oh, that will not work now. The woman is not fully yours. And—” The incubus smiled; its pointed teeth reminded her of a shark’s. With the same creepy eeriness it kept talking to Uncas as if she were the animal. Her stomach twisted with unnamed suspicion. “You attacked first. What is the humans’ saying? All bets are off.”

Uncas jumped at the same time as the creature lunged. Blood sprayed in the air. Dog or monster, Jill didn’t know. The wolf-dog latched onto the incubus‘s shoulder, seemingly bigger, harassing and biting while the creature raked it’s clawed hands down his side. The wolf-dog’s heavy ruff gave some protection to the sharp toothed savage bite. Merc dove low, biting the incubus’s leg underneath the protective coat. Jill kept the knife ready, waiting for an opportunity to strike.

Suddenly, the incubus turned to mist, dropping the dogs into a pile. The shadow blurred into existence, movement, just outside Jill’s peripheral vision and she spun. The incubus blasted her with his sexual spell, tightening her nipples into buds, her already damp center pooled with wetness, while she loathed the physical reaction.