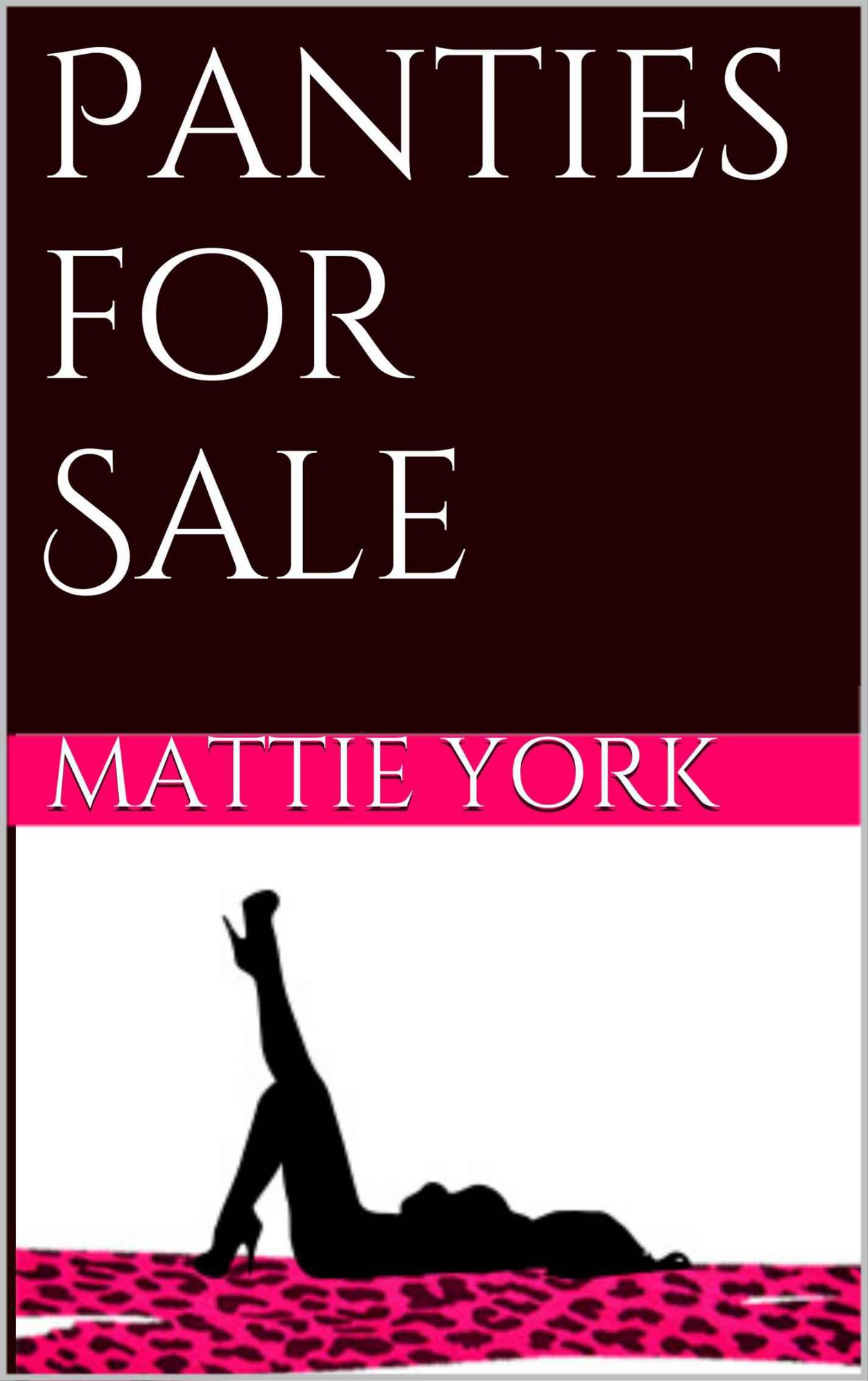 “I can't believe I gave my
panties to a geek.”

No one was outside, even
though it was almost 10:00 a.m. on a Saturday morning.

Alex’s stilettos echoed down the deserted
street, as she hurried along, slowing only long enough to note the house
numbers.

Actually, Alex thought, the
street was quite charming. It reminded her of that TV show, The Wonder Years.
Where in the early 70’s, new house buyers could choose the brick colour before
their house was built, stamping forever their individuality on the world.

Shades of lemon, strawberry and pistachio
bricks lined the street. Ice cream favourites of those overly optimistic baby
boomers, whose optimism, like their bricks, was now sadly faded giving way to a
tired yet well-mannered middle class. Lemon yellow 209 sported a basketball net
over the garage.

Pistachio green 211 had
white shutters and a pot of yellow nasturtiums sitting gracefully on the front
lanai.

Rose pink 213 had a large lilac
bush on the front yard shading a gathering of jolly hard working garden
gnomes.

Alex stopped and turned around. No, she
didn’t miss it; the last house was 213. Then a large patch of grass and then
the street ended. That can’t be right, Alex thought retracing her steps.

As she slowed down to step
over a large crack, she was reminded of how damn smart she was.

Because, if she hadn’t decided to wear her
stilettos, she wouldn’t have had to slow down and if she hadn’t slowed down she
would have missed (she did miss the first time) the narrow rock staircase.

But this time she didn’t miss it.

And she looked up. And there it was.

A majestic plantation house
towering above the street, its white plastered walls cracked with age,
glistening proudly in the morning mist.

Glancing once back down the street, she warily began to climb the
staircase.

“Hello?” Alex peered through
the screen door into an empty hallway. A plate of half eaten toast was
abandoned on a side table and the smell of freshly brewed coffee still
permeated the air.

It was obvious that
someone had just been there.

Not seeing
a door bell, Alex knocked loudly on the wooden door frame.

She pulled out the note
she had scribbled to herself.
Angela,
Saturday, 10:00 am, 215 Simcoe Ave.

Yes, she
was here.

But where was Angela?

With a sigh, she turned
around and surveyed the empty neighbourhood.

Her breath turned white as she breathed in the chilly morning air.

Why was there no one around?

10:00 a.m. on a Saturday morning? This place
should be crawling with activity.

Did no
one have kids?

No hockey practice to get
to?

No Saturday morning coffee and bagel
runs? Alex shivered and stepped closer to the house, trying to absorb some of
the warmth from within. As she did, she noticed the drapes were pulled back
along the front window.

Carefully, she
stepped around the large concrete urn that flanked the entrance, pushing the
tall dead grass decorations out of the way, to edge along the front stoop which
led to the living room windows.

All of a
sudden, she caught sight of her reflection and nearly lost her balance. “What
the hell?” she cried. How could her hair be frizzing out already? She had
specifically massaged Marc Jacobs Extra-Strength straightening cream into her
damp hair that morning before she blow-dried it to stop this very thing from
happening.

“Damn!” she leaned closer to
the window trying to flatten her hair with her hands.

Alex turned her head to listen.

Yes, there it was again.

It seemed to come from deep within the house.

Alex pressed her ear to the window.

“Shit!” she jumped as she heard someone
barreling down the stairs and quickly tried to shuffle back to the front door.
Her heart started to race and she felt her stomach tighten.

What the hell was she doing? Why hadn’t she
bolted when she had the chance?

She smiled warmly and stepped
aside so Alex could enter. “I’m so glad you could come.

Were you waiting long?” The woman dabbed at
the small beads of sweat on her forehead with a handkerchief as Alex smiled and
shook her head no.

“I can’t hear
anything upstairs.

I was just coming
down to see where you were, when I saw you standing out there. Is it still
raining?” She shivered and slammed the heavy oak door. “My, what a dreary
day.”

Not sure where to go, Alex
turned around to look at the woman. She was leaning against the closed door, boldly
looking Alex up and down.

Wonderful.” She smiled and reached out her
hand, “I’m Angela”.

Alex had imagined that
Angela’s grip would be strong. Solid. Perhaps a little bit warm and motherly,
but powerful nonetheless. One that told you in no uncertain terms, that she
wouldn’t take any shit.

But Angela’s handshake? No, Alex wasn’t
expecting that.

It was odd. Limp.

Almost lifeless. And cold. It felt like
shaking a water balloon that had been left outside all night.

Alex shuddered and stuck her hands in her
pockets, rubbing them on the coarse denim trying to rub away the sensation.

“My office,” Angela walked towards
the stairs “is on the top floor.

I keep
my business separate from my family.”

She has a family?

That was something Alex hadn’t expected.
Cautiously, Alex followed Angela up the pink carpeted stairs.

Wood framed photos of happy blonde chubby
children were hung on pink floral wall paper. Glass vases of fake satin roses
sat collecting dust on the window sill. Alex cringed and tried to ignore the
groupings of small teddy bears in tuxedos and wedding dresses leading the way
up the stairs. Gripping the iron banister, she tried to shake off the feeling
of dust and chemicals gathering and settling in her hair from the strong mix of
plush carpeting, stale cigarettes and cheap air freshener.

Surprisingly Angela was quite
agile and Alex had to hurry up the stairs to catch up with her. “Here we are,”
Angela leaned on the third floor banister to catch her breath, “My office.” She
reached down into the neck of her t-shirt and unhooked a mess of keys from her
bra strap.

“I don’t know where Dora is,
she’s supposed to be here.

Lord knows
where that girl is.” Angela glanced up at Alex, “Dora is my assistant.

You will just love her. She is really good to
my girls. But,” Angela held up a gold key triumphantly, “it looks like it’s
just me and you to start.”

Alex’s jaw dropped as she
entered Angela’s office - which was really just one huge room - that took up
the whole third floor.

Like an overstuffed Barbie Dream house. Alex
tried to act nonchalant but she had never!

Along the right wall, shelves
reached from the floor to the ceiling, overflowing with papers, and stacks on
stacks of pink photo boxes. Almost hidden under the pink paper clutter was a
desk area with a computer, a printer, and a large office telephone switchboard
thing.

A white board decorated with pink
rose stickers covered the wall.

On the
left side of the room, a pink Venetian vanity and matching plush chair sat
wreathed in pink silk flowers and covered in a cacophony of perfume bottles,
brushes, eye-shadows, lipsticks, blushes, q-tips, tissues, lotions and hair
spray. A hair dryer, a curling iron and a straightener dangled down the
side.

Beyond that, French doors draped
in pink gauze, led into a walk in closet with clothes in wrinkled piles strewn
all over the floor.

But what really made Alex
stop in her tracks was the massive king size canopied bed that was elevated
onto a plush pink carpeted stage in the middle of the ‘office’.

Long strips of pink gauze were wrapped around
the frame billowing down to the floor as large silk roses intertwined with ivy
leaves were twisted around the bed posts. A pink satin bedspread was draped
over the bed and almost swallowed up with pink silk pillows. But the best, the
piece de résistance, was the ceiling.

out of the frame, giggling,
pointing and watching with bemused interest at the goings on below – whatever
that might just happen to be.

Of which
Alex didn’t dare even guess at.

“Don’t worry about all this,”
Angela waved away the pink fantasy set as she walked through the room.

She slid the curtains open at the far end of
the office and disappeared behind.

Alex was now more than a bit
unsure.

Had she really thought this
through?

She ran through the emails
Angela had sent her in her mind.

She was
sure there was no mention of an audition, was there?