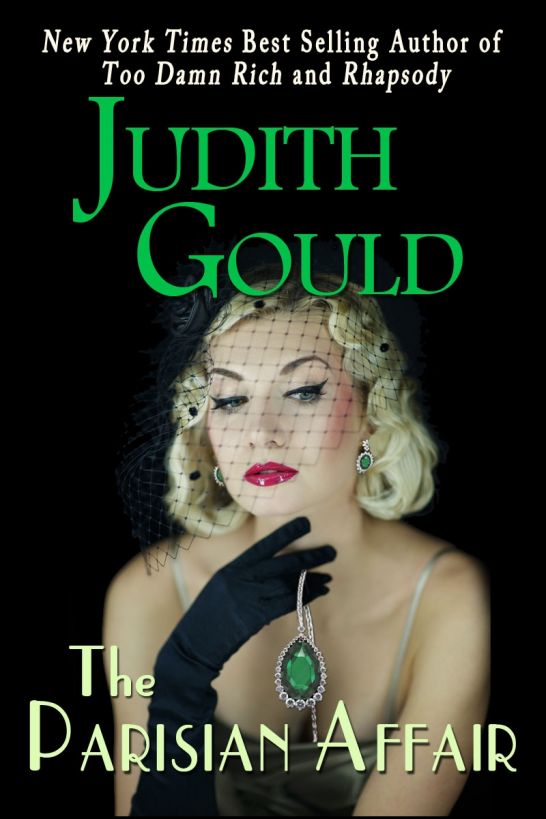 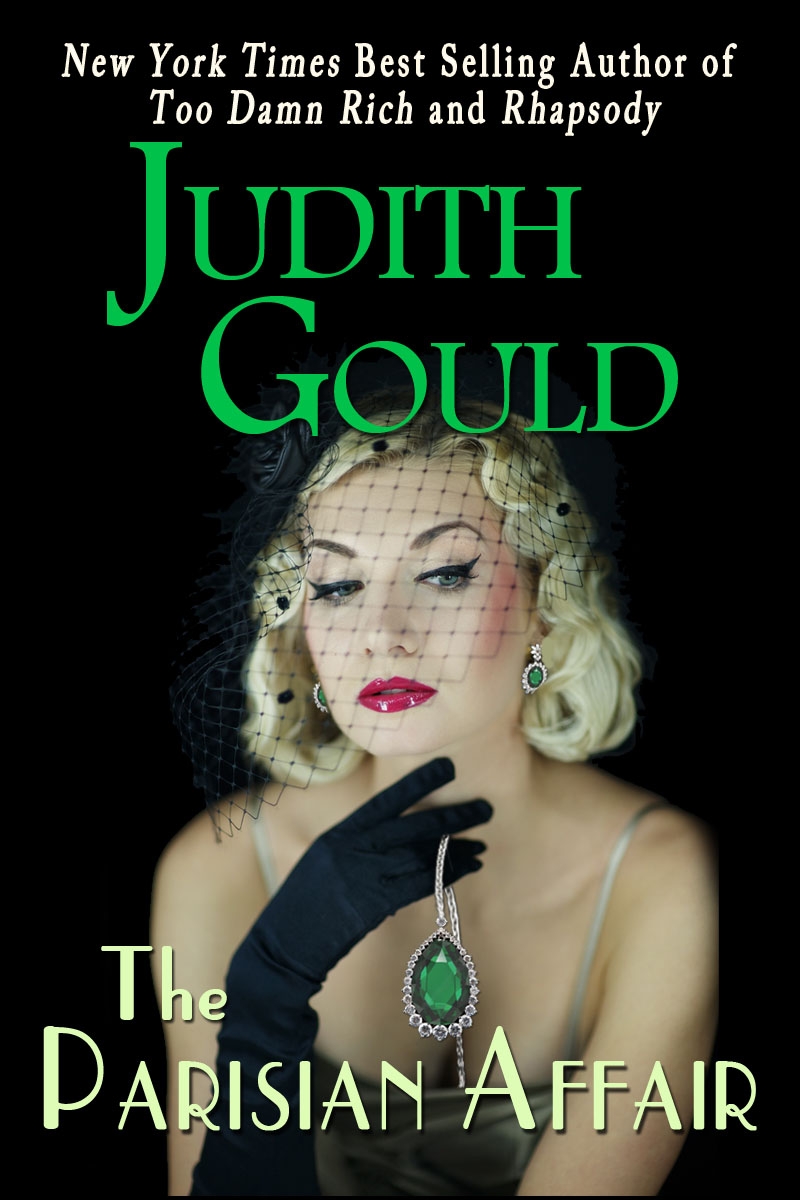 Praise for the novels of Judith Gould

Dazzle The Trilogy Vol. I: Senda

Till the End of Time

A Moment in Time

The Best Is Yet to Come

*(Available as an e-book)

A Novel of Romantic Suspense

All rights reserved. Without limiting the
rights under copyright reserved above, no part of this publication
may be reproduced, stored in or introduced into a retrieval system
or transmitted, in any form, or by any means (electronic,
mechanical, photocopying, recording, or otherwise) without the
prior written permission of both the copyright owner and the above
publisher of this book.

Publisher's Note: This novel is a work of
fiction. Names, characters, places and incidents either are the
product of the author's imagination or are used ficticiously, and
any resemblance to actual persons living or dead, events or locales
is entirely coincidental.

This ebook is licensed for your personal
enjoyment only. This ebook may not be re-sold or given away to
other people. All rights reserved. Without limiting the rights
under copyright reserved above, no part of this publication may be
reproduced, stored in or introduced into a retrieval system or
transmitted, in any form, or by any means (electronic, mechanical,
photocopying, recording, or otherwise) without the prior written
permission of both the copyright owner and the above publisher of
this book.

She went to him just as dawn broke on a
mist-shrouded Sunday morning when most of Paris was still asleep.
Her driver let her out on a deserted side street, and she walked
quickly, her high heels creating a staccato click-clack on the damp
pavement. In the unlikely event that someone should see her, she
wore dark tortoiseshell sunglasses to conceal her well-known violet
eyes, and a tan Burberry raincoat over her Mainbocher couture
dress. Leaving nothing to chance, she'd covered her hair with a
large black hat of sheared beaver, its decorative veil pulled down
over the brim to cover her famous face.

She reached the rear entrance of Jules Levant
Joaillier, the most exclusive jeweler in the city, passing a faded
photograph of Colette taped up in a small window just before his
door. A frisson of disgust made her shiver. The famous writer had
lived upstairs in the building for years, holding court.
The fat
shrew
, she thought uncharitably, putting the image of the
heavily made-up, frizzy-haired writer out of her mind.

She pursed her lips into a thin carmine line,
and raised her custom- made black calfskin-gloved hand to press the
tarnished brass doorbell. In no way did it resemble the highly
polished one that mirrored customers at the front entrance in the
courtyard of the old Palais Royal.

The door swung open immediately, and Levant
himself, a short, plump, immaculately dressed gentleman of
sixty-five, ushered her inside with a sweep of his hand. She saw
that the hair at his temples had become streaked with a silvery
gray and matched the Charvet silk tie he had carefully tied into a
Windsor knot. He wore a handsomely tailored dark blue,
chalk-striped suit. Savile Row, from the looks of it. His shoes,
which gleamed with black polish, were no doubt custom-made by Lobb.
These details were of utmost importance to her, for whom
appearances were everything. And not for the first time, it
reassured her that she was dealing with a man of quality and
discretion.

His business, as exclusive as it was, was
riddled with unsavory types, particularly those who loaned money
against jewelry or purchased it outright. Some paid pennies on the
dollar, then boasted of their feats to talkative colleagues and
customers. A few of these woeful tales had reached her own
receptive ears over the years, most frequently when they involved a
down-at-the-heels friend who was the object of derision.

That explained why she had come to Jules
Levant. Her lawyer, Maitre Blum, as notoriously irascible and tough
a legal brain as there was in all of Paris, had recommended him to
her several years before. She might despise Blum and find her
ugliness repellent, but she always took her advice. And, as usual,
she had been right. Levant's reputation for discretion was
legendary, and his fairness in negotiation—a quality for which the
French were not renowned—had made this aspect of his business a
well-guarded secret among the plutocrats who sought him out. His
name was passed along in sepulchral whispers, and more often than
not these hushed confidences were shared among the same clients who
had once come to Levant and lavished a king's ransom on the most
sought-after jewelry in the world.

A good number of his clientele were trust
fund recipients who simply needed a small infusion of cash to tide
them over until the next check came in, their lavish spending
habits having exceeded their monthly stipends. They left their
precious trinkets with Monsieur Levant in exchange for cash, then
repaid him for their recovery with a generous but fair amount of
interest. Others, like his current client, needed a much more
serious injection of capital to replenish their dwindling
resources.

In her mind there was no question that the
all-important appearances must be maintained to ensure the generous
handouts she and her aging, ailing husband received from friends
and rich hangers-on. She and her husband were accustomed to living
in royal style, and she was determined that would never change.

She would always be grateful—as much as was
possible for a woman of her limited emotional capacities—to Maitre
Blum for sending her to the jeweler. Jules Levant had become a
lifeline.

They walked down the short, thickly carpeted
hallway. Her head was held high as he indicated a door on the
right. He opened it, and she stepped into a small room. There was a
magnificent ormolu-mounted, inlaid
bureau plat
in the center
of the room. On each of its long sides stood two Louis XV gilt-wood
chairs, upholstered in pale beige pink suede. The walls were
covered in the same material and completely unadorned with the
exception of a large baroque, gilt-framed mirror. The floors were
carpeted in identical color. She knew that the pinkish beige color,
along with the pale pink lightbulbs in the carefully concealed
indirect lighting, was important. It flattered the skin tone and
made the jewelry stand out.

Levant pulled a chair out for her, and she
sat down. '
Merci
,' she said in her tight, clipped voice.
Stationed at one end of the
bureau pla
t was the familiar
two-sided, revolving mirror, one side for magnification and the
other for a normal perspective. Directly opposite it was a large
rock crystal vase filled with dozens of long-stemmed red roses, a
jarring note in this largely monochromatic space.
How wrong
these ridiculous hothouse roses are in this room,
she
thought
. But then, most people never get it right
.

He took a seat opposite her and folded his
hands on the table. His fingernails were perfectly manicured and
painted with a clear, nongloss varnish, and on one plump pinkie, he
wore a gold signet ring. His discreet Patek Philippe wristwatch was
barely visible inside his French-cuffed shirt, with its gold and
enameled cuff links made to resemble a globe.
Fulco di Verdura's
design
, she thought.
Levant either shops at the competition
or makes clever copies for himself
. She made a mental note to
tell the Sicilian count about this the next time she visited his
shop in New York City or saw him in Palm Beach.

'How may I help you, madame?' Levant asked,
careful to maintain the pretense of not knowing her exalted
name.

She lifted the stiff short veil and gently
pushed it up onto the brim of her hat. 'I have a few pieces of
jewelry to sell,' she said decisively. She took off her gloves and
placed them on the
bureau plat
, then opened the black
calfskin Hermes pocketbook that she held in her lap. She extracted
a large red leather pouch lined in the softest suede. Placing it on
the
bureau plat
, she looked over at Levant with steely
eyes.

'These pieces
must
be reset,' she
stated emphatically. 'Otherwise I cannot leave them. They must also
be sold separately, broken up in some way, rather than as a
matching set.' She watched him for a reaction.

'But of course, madame,' he replied without
hesitation. He opened a drawer on his side of the desk and withdrew
a large piece of pinkish beige suede, which he placed on the desk
and straightened. 'I understand perfectly.'

He realized that the jewelry—no matter what
she'd brought him this time—might very well be recognized by many
of his clientele, or even by the occasional fashionista or
celebrity hound who decided to have a look around his premises. The
lady might have been photographed wearing them, or a few of his
customers might have actually seen the pieces on her at a party or
dinner.

Pulling open the drawstring pouch, she began
removing its treasures and placing them with careful precision on
the suede. She handled them delicately, her red-varnished nails
glistening in the light. Levant observed her with a carefully
cultivated neutral expression, the merest shadow of a smile on his
lips. As she continued to position the jewels, however, he was
unable to contain the gleam that came into his eyes. At first it
was a spark of mounting curiosity, but then it became a gleam of
awestruck wonder. He felt an unfamiliar tremor in his hands and had
to refrain from gasping aloud.

Before him lay a magnificent emerald
necklace, its setting of ornately wrought yellow gold, its enormous
stones of the same size, color, and cut. In and of itself, the
necklace was extraordinarily beautiful, but she placed a matching
bracelet, earrings, and finally a brooch next to it. Seldom, if
ever, had he seen emeralds more closely matched by size and, in
this case, the most desirable and valuable dark green color. Yet
their magnificence alone, rare though it was, was not what took his
breath away. It was their provenance that stunned him into
speechlessness.

So it's true
, he thought excitedly
.
What they've been saying for decades is true. This is proof of it
at last!

The Einstein Code by Tom West
Only The Living (Lost Survival Series Book 1) by Tyne,David
你好，旧时光--三周年完美纪念版，套装全三册 by 八月长安
Covert One 4 - The Altman Code by Ludlum, Robert
The History of England - Vols. 1 to 6 by David Hume
Living Up the Street by Gary Soto
She Fell in love with a Thug: Deuce & Italy by Day, Anjela
Go Big or Go Home by Will Hobbs
Macrolife by Zebrowski, George;
The Seven Year Bitch by Jennifer Belle