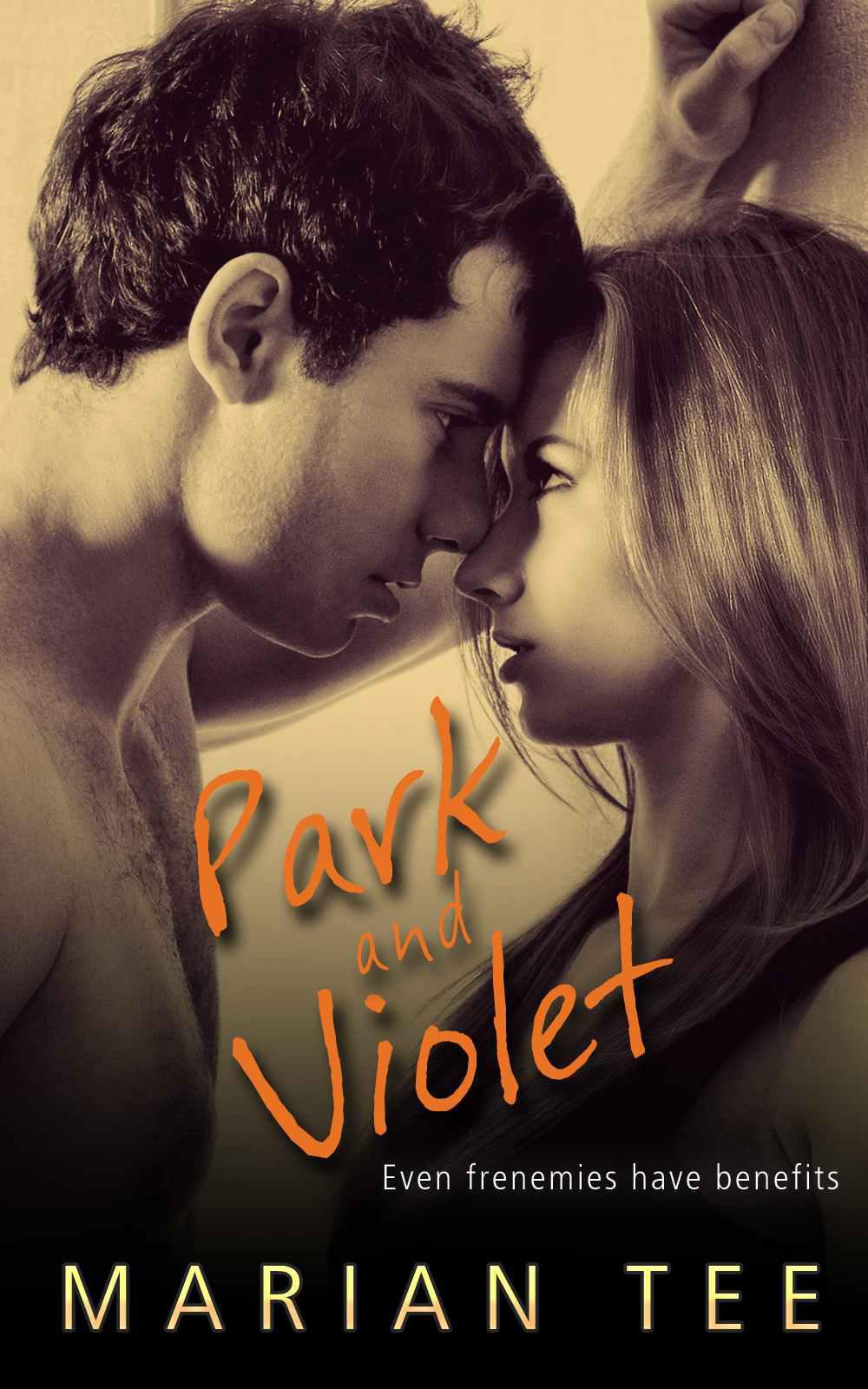 The noise jarred Park awake, nearly causing him to tumble out of his short and narrow bed. He had always had a soft spot for Japan - his childhood here had been beyond happy–but it took only a few days after arriving in Osaka as a foreign exchange student that he quickly realized one thing: a child’s memory was radically different from a man’s reality.

Japan, as it turned out, was not as perfect as it had first seemed. Then he had been a kid. Now, he stood six foot three, and if there was one thing about Japan that he absolutely loathed—it would be their Western style beds.

Japan’s beds sucked big time—or make that small time. Had they never seen someone taller than five and a half feet, for God’s sake? He had already ordered a king-sized bed, but because this was Japan–with almost the entire nation preferring to sleep on floor mats called tatami, his special order would take about two weeks for delivery. Two weeks of having to sleep with almost half of his body off the bed, dammit!

Who the fuck was making all that noise?

Pulling on a pair of sweatpants, Park stalked out of his dorm room, cracking his knuckles because whoever it was had just signed up to get a taste of his fist. He was not a fucking morning person, and this was definitely not a fucking good way to wake him up.

He stopped dead in his tracks when he reached the landing leading to the next flight of steps.

A girl stood at the mezzanine level above him, doing her best to drag two heavy-looking monogrammed leather suitcases with her. A dark curtain of hair fell over her shoulders, effectively hiding her face from him.

“Why don’t you use the elevator?”

Violet jerked in surprise at the slightly accented growl. She knew her Asian accents very well, ever since she had stumbled upon a boxed set of the Taiwanese drama Meteor Garden from a garage sale back home. It was love at first viewing, and she had devoured everything Asian after that, from J-pop to K-drama and even those wonderfully creepy Thai horror films.

This voice was Korean, definitely. She was willing to bet on it. And this voice sounded grumpy, too, which only made her feel even more annoyed.

Violet finally glanced–well, it was more like a glare–down to find out what an idiot looked like. After all, only genuine idiots would ask idiotic questions like that.

Glare met glare as she found herself looking at a tall, scowling bare-chested guy from the previous landing.

She scowled right back even though she was momentarily shocked. He sounded Korean but he looked anything but. If anything, he looked positively–Nordic. Yes, that was the word. He looked a lot like the smoking-hot ash blond club owner in True Blood–a younger version, but everything else was like a carbon copy. Marble chest, gawk-worthy abs–he even had the classically sharp looks one would expect from a vampire. His hair stood up in spikes–a clear indication that she had likely gotten him out of bed, but even the worst bed-head in history couldn’t disguise how jaw-droppingly gorgeous he was.

Violet did her very best not to stare even though she could feel goosebumps popping all over her body. It just wasn’t because he was half-naked. There was also the fact that his sweatpants rode so low on his hips she knew it was just a hair’s breadth away from showing what she so did not want to see.

Yeah, everything that happened so far had just made her already-bad mood worse, and the blond gigolo in front of her—his very perfection made Violet want to get into a scowling contest with him.

“Well?” the guy barked. He looked like he was dying to kill her.

Violet threw him her best drop-dead look with a lift of her chin. “I would’ve if it wasn’t under maintenance.” Idiot, she added silently.

Park saw and understood that look. He did so because he knew he himself had that look every time someone would ask him a stupid question.

He wanted to say something rude and cutting, but he couldn’t. Now that sleep no longer clouded his mind, he couldn’t make himself snap at her, not when she was exactly the kind of girl he was attracted to. She fucking had it all—long black hair, large eyes, cute small nose, and luscious-looking lips.

Like he said–the spoiled princess in front of him was exactly what his dream girl looked like.

Too bad she also looked high-maintenance. The thought had his upper lip curling.

She wore a green buttoned-up blouse tucked into denim jeans that fell just a little below the knees with pink-striped shoes. Nothing overtly sexy, actually, but she still looked so undeniably hot his body couldn’t help responding it. Park wished he could think of it as the usual morning hard-on but he knew it wasn’t so.

It was that fucking bad and it got even shittier when he considered the fact that he hadn’t been sexually interested in any girl for months now.

Down, boy, Park thought with even more disgust as his dick struggled to be noticeable behind his suddenly too-tight sweatpants. He suppressed a groan when the girl shifted, the movement causing her small but pert breasts to jiggle attractively behind her tight-fitting blouse. Those curves—sweet holy hell, they were voluptuous enough to guarantee a fucking front page shoot for Sports Illustrated.

After reminding himself with a mental snarl that he despised girls, Park said more sharply than he intended, “It’s too fucking bad about the elevator but that doesn’t mean you have the right to wake everyone up because you’ve had a shitty day.”

He turned away, intent on getting back to sleep. “Keep it down this time, will you?”

Violet gaped at the guy’s retreating back before bursting out, “You’re not even going to offer to help me?” She mentally winced at the shrillness of her voice. But really–he wasn’t even going to pretend to be a gentleman about this? Park slowly turned around. “Why should I?”

“Because it’s the gentlemanly thing to do,” she gritted out. She couldn’t believe it! Of all the luck! The first gorgeous guy she met in Japan and he had to be a first-class jerk!

The guy crossed his arms against his chest—his very nicely formed chest. Not that she noticed.

Park raised a brow. “Did I say I was a gentleman?”

The words made Violet see red.

Her sister Lilac did always say she had the devil of a temper, something she had probably inherited from her Gypsy ancestors. Gypsies were notorious for carrying grudges to their graves—but only in the worst circumstances. With Violet, it didn’t really take much of anything to rile her.

Just the sight of the sneer on the guy’s face made her want to commit murder.

“Fine,” she snarled. “Thanks, anyway!” She whirled around and resumed dragging her suitcases. This time, she didn’t bother trying to keep the noise down.

Park was amazed. She had really gotten angry first? Back home, he was infamous for having a short fuse. In all his twenty years of life, this was the first time that someone had gotten angry ahead of him. Most people had second thoughts doing so. Even if they didn’t know who he was or what he was capable of, the let’s-beat-the-hell-outta-each-other vibes he knew he emanated were usually enough to have everyone steer clear of him.

Before he knew it, Park found himself going up and helping her.

When Violet saw the world’s biggest jerk reaching for the handle of her suitcase, she snapped, “No, thanks.”

“Just give it to me,” he said, exasperated.

“And I say just shut up and let me help you so I can sleep in peace!” Park made one last hard tug.

Violet let go all of a sudden and Park lost his balance. He would have tumbled down the stairs if his back hadn’t hit the wall instead.

“Why, you little bitch—”

Violet took a step back, alarmed at the killing glare in the guy’s face. She finally remembered the fact that she was alone—at the moment—with this guy. It was needlessly dangerous to pick a fight with a stranger. A male stranger who was indubitably larger and stronger, Violet also belatedly realized with a gulp.

And the worst part was that she had this sinking feeling in her stomach most of what had happened had been her fault, too.

He was right. She had caused unnecessary noise going up because she had had a shitty day and misery always loved company.

Plus–he did offer to help in the end. True, he did so with obvious reluctance, but it wasn’t really like he owed her anything in the first place.

When the guy opened his mouth–most likely to bite her head off–Violet beat him to speaking, saying quickly, “I’m sorry!”

The guy glared at her for several seconds before finally grunting out, “Just shut up and tell me what floor you’re on.”

He looked at her in horror. “What the fuck?”

Violet bit her lip, knowing that the giggle trying to come out of her throat would just make the guy madder. His reaction was understandable since they still had six flights of stairs,—well, twelve, actually since each floor had double flights of stairs—to go.

Park gritted his teeth. Just once–the only time he had let his guard down, and here he was, stuck playing the bellboy and cargo guy for a dozen of flights. Un-fucking-believable.

He dealt her one hard glare. “This is the last time you’ll ask me for help.”

Gasping at the sheer rudeness of his words, Violet felt her anger stirring again. Knowing she should keep her mouth shut but unable to, she snarled, “Like I’m going to ask a…” She paused for a moment, frantically searching for the worst term she could use to describe someone who was so obviously perfect in appearance.

Her eyes strayed toward his ash blond locks, and she hit upon the perfect term immediately.

Intensifying her glare, she spit out, “If I had a choice, I would never ask a Yeti like you!”

Park felt himself turning red. He couldn’t remember being this mad at a girl. “You’re calling me a fucking Yeti?”

Steeling herself not to cower at the guy’s roar, Violet made herself smirk. “The shoe totally fits, don’t you think? White, monstrously ugly, beast-like character—like I said: Yeti,” she said sweetly.

Temper officially riled, Park spat, “And what about you? You’re like a fucking banshee with all that shrill noise your mouth’s making!”

Violet’s jaw dropped at his words. “I do not sound like a banshee!” she said in what she knew would come out in a shrill voice but unable to help it. How could a human being be this…this much of a jerk?

Whistle by Jones, James
The Living Will Envy The Dead by Nuttall, Christopher
Our Song by A. Destiny
Wildfire Creek by Shirleen Davies
The Faces of Angels by Lucretia Grindle
To Know Her by Name by Lori Wick
The Young Elites by Marie Lu
The Billionaire's Secret Wife (The Pryce Family Book 3) (Volume 3) by Nadia Lee
An Honorable Thief by Anne Gracie
A Red Death: Featuring an Original Easy Rawlins Short Story "Si (Easy Rawlins Mysteries) by Walter Mosley