Read Party of One Online 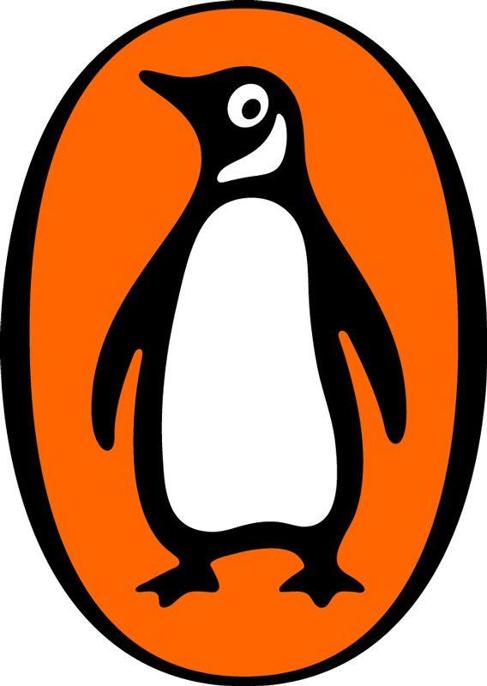 Rare Ambition: The Crosbies of Newfoundland

The Tragedy of Helmuth and Hanna Buxbaum

The Judas Kiss: The Undercover Life of Patrick Kelly

Lament for an Ocean: The Collapse of the Atlantic Cod Fishery

A Forest for Christmas

Parliament can hardly be weakened any more than it already is. Harper can’t go much further without making the institution dysfunctional. He is trying to control every aspect of House business. In fact, it will have to be returned to its former state by someone if we are to have a democracy.

two
· The Genesis of Steve

four
· Under the Bus

seven
· The Death of Evidence

sixteen
· Mounties at the Door

seventeen
· Parliament on the Brink

nineteen
· A Walk with Farley

O
n the night that Stephen Harper won the May 2, 2011, federal election, one of the most famous pollsters in Canada found himself in the company of very senior Conservatives at what should have been a victory party. It felt more like a wake. When the pollster asked why everyone was so glum, one of them replied, “This is still a Liberal country, and a Liberal public service and we have to get everything done in one term.”

The pollster was later approached by a client who was anxious to do business with the new Conservative government. He had a practical question for the pollster, who knew Ottawa inside out. Who was in Harper’s inner circle? the man wanted to know. The pollster replied, “There is no inner circle. Just a dot.” It was a brilliant description of what the country had glimpsed through two Harper-led minority governments—the Conservative Party of Canada under Stephen Harper appeared to be a one-man band. Would that change after the Tories had a safe majority government, having won 166 of 308 seats in the House of Commons?

A few formalities remained before Stephen Harper would assume total control of the country and begin to provide the answer. Two weeks after winning the election, the Harper cabinet was sworn in at Rideau Hall. It featured veterans such as Jim Flaherty, Tony Clement, and John Baird, as well as nine newcomers, including Peter Penashue, Alice Wong, and Joe Oliver. Harper promised that his team would hit the road running on its key priority: the economy. All that was left now was to work out the government’s legislative agenda and then have it delivered in early June in the Speech from the Throne.

On the morning of the Speech, June 3, 2011, Brigette DePape felt very tired. The previous night, there had been a lot to do and she had stayed up late to make sure everything was ready. Friends had briefed her on her legal rights in the event she was detained or arrested; a press release had to be prepared; and of course she had to buy the red construction paper for her sign and then hand-paint it. She barely made it to Wallack’s, an Ottawa art supply store, before it closed. Using the iconic octagonal shape that guards intersections across the land, her red stop sign featured two words in white letters: “Stop Harper.”

DePape stowed her sign in her backpack in the downstairs change room of the Senate, where she worked as a page. An hour before the governor general delivered the Speech from the Throne, she retrieved the sign and tucked it into her skirt, under her blazer. She told me that her greatest fear was that before she could carry out her silent protest, someone might spot the sign. “I was very nervous when seating the governor general’s family that they would see the red of the sign poking out from my blazer, or that it would fall out.”

With her heart racing, the determined protester joined the black-clad and bow-tied pages as they took their places. DePape, her long brown hair tied off in a braid hanging over her right
shoulder, was stationed at the southwest wing of the Senate chamber. Time slowed to a crawl. Although she was comforted by the knowledge that her friends were waiting at a nearby coffee shop, the twenty-two-year-old was distressed. She was afraid of what her parents would say, of being arrested, and even of being spied on later by the political establishment whose pomp and circumstance she was about to upstage. The lawyer she had consulted told her that the worst that could happen to her under an archaic law was being sentenced to decades in jail for the high crime of “frightening the Queen.” More likely she would get a ticket for trespassing and a small fine, and would perhaps be banned from Parliament Hill.

DePape became even more nervous when Stephen Harper strode into the chamber and took his seat to the right of the governor general. Paralyzing fear that could freeze the will to act battled other thoughts that spurred her on. She was divided. “My gut told me that I had to do it. Part of me was saying—‘don’t do it,’ but my gut knew I was in exactly the right spot, doing exactly what I needed to do,” she recalled. “It was when I thought about the people who have been attacked by Harper’s agenda that it gave me the strength to act.”

With the assembled might of the Canadian government—the prime minister, cabinet ministers, justices of the Supreme Court, privy councillors, senators, and MPs—listening with rapt attention, Governor General David Johnston began the Speech from the Throne. Two minutes later, Brigette DePape made her move. “I walked down the aisle to the middle of the Senate floor where the pages are not supposed to walk, carrying my ‘Stop Harper’ sign. I stand there for about ten seconds, then turn around for ten seconds to show my sign to Harper. Whereas the last time I saw him at the movie theatre, I was too afraid to say hello, never mind to tell him how I felt about the completely wrong direction in
which he has taken us—but in that moment, I silently spoke out.” In just twenty seconds, the public spectacle was over. With cries of “Shame” ringing in her ears, the petite page was escorted out of the Senate chamber by the sergeant-at-arms wearing his cocked hat and chain of office. “I looked like a criminal being pulled away like that,” she told me. “It felt so backwards to me. The people doing the real damage to real people were sitting in the chamber.”

People who dismissed DePape as a showboating schoolgirl forgot one important thing. They may not have liked her politics or what she had done, but it was not the stunt of a publicityseeking know-nothing. Brigette DePape had been engaged in public issues since she was a teenager. In 2007, she won a coveted Loran Scholar Award for her work with Students Without Borders: Afrique, in a field of 2000 candidates. But it was only when she became involved in the page program that she suddenly realized how overwhelming the power of governments could be. “While working as a page in the Senate, I felt alone, afraid, and hopeless in the face of the Harper agenda set on attacking people and the environment that sustains us. I witnessed Harper cutting social services we value, and handing money over to rich oil and gas companies. I saw the rejection of the Kyoto Protocol and the expansion of the tar sands.”

While her friends were issuing the press release written the night before, DePape was taken to the basement of the Senate building. There, she was questioned by people she believed to be the RCMP. The grilling went on for two hours. She knew from her preparations for this day that she was only obligated to tell them her name, address, and telephone number. None of her inquisitors mentioned her right to have a lawyer present. She remembered the eyes of one interrogator “burning” to get answers beyond the ones she was willing to give. “Who had put Brigette up to her stunt? ‘Was it a particular political party? Was it the NDP? Was it the
Liberals? Was it a union? Was it Greenpeace?’ He asked me why I did it.” Finally, DePape was released, but not before signing a piece of paper confirming that she understood that her contract as a page had been terminated. One of the guards leaned over to her and whispered that he didn’t like Harper either. As she was leaving, they seized the sign that had stolen the show at the 2011 Speech from the Throne—her one regret looking back on what happened that day.

The coverage of DePape was predictable in a country dedicated to peace, order, and good government—shrill, near-unanimous, and denunciatory. One major exception was American filmmaker Michael Moore, who offered DePape a job. The media was brutal. DePape’s silent protest was roundly denounced, much as Chief Theresa Spence’s hunger strike would be a year and a half later. One journalist described the former page’s protest as a “swing and a miss.” Tory bloggers raged that it was a mere “tantrum”—an odd description given that the page never uttered a word.

The Harper government dismissed DePape as a professional protester, a reference to the fact that she had taken part in the 2010 G20 protests in Toronto. Both main opposition leaders, Bob Rae and the late Jack Layton, joined in the general condemnation of DePape, describing her action as indecorous. The Speaker of the Senate harrumphed about the implications for Senate security. Somehow, an idea had slipped into the chamber that spoiled the peacock moment for the political establishment. There were even charges that what she had done amounted to contempt of Parliament. That was a line of attack that wasn’t pursued very far. Just two months earlier, 156 MPs had voted that Stephen Harper was in actual contempt of the House of Commons, causing his government to fall. The indignation directed at the page was best exemplified by the Senate’s principal clerk, Blair Armitage: “The role of the staff of a parliamentary administration is to support
the parliamentarians in doing their work. It takes an incredible amount of hubris to substitute one’s personal opinion on any matter for that of the hundreds of parliamentarians chosen to represent the country and to subvert them from within.”

In what must surely be one of the all-time ironies of Canadian politics, the very institutional representatives in the Senate chamber that day who denounced Brigette DePape for subverting the system “from within” would soon, one-by-one, become the victims of a prime minister who would subvert the system from within far more profoundly than the page with the pigtail.