"Patsy!": The Life and Times of Lee Harvey Oswald 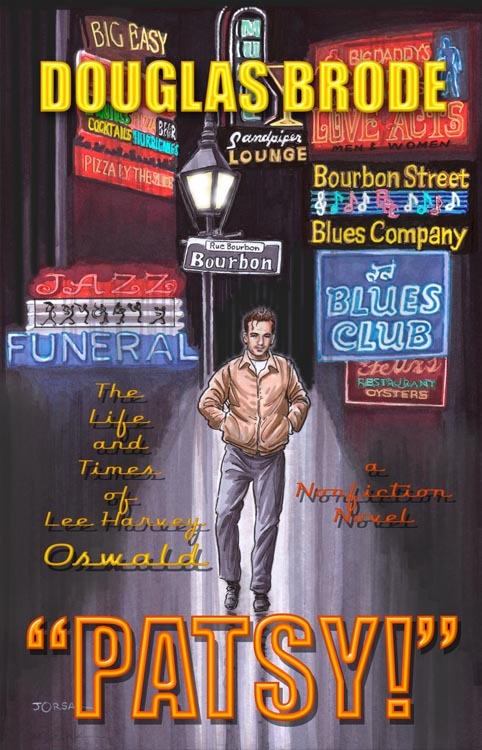 The Life and Times of Lee Harvey Oswald

NOTE: This is a work of fiction. Names, characters, places and incidents are the product of the author's imagination or are used fictitiously, and any resemblance to actual persons, living or dead, business establishments, events or locales is entirely coincidental.

All rights reserved, including the right to reproduce this book or portions thereof in any form whatsoever. For information contact Sunbury Press, Inc., Subsidiary Rights Dept., 50-A West Main St., Mechanicsburg, PA 17055 USA or [email protected]

To request one of our authors for speaking engagements or book signings, please contact Sunbury Press, Inc. Publicity Dept. at [email protected] 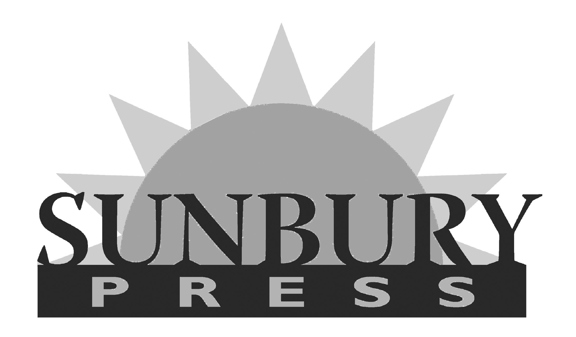 So what precisely is a “nonfiction novel?” Obviously, the two elements included in this book's statement-of-genre are self -contradictory, at least at first glance.
Nonfiction
would imply this is a work of history, a representation of the facts as we know, or at least believe, them to have actually unfolded.
Novel
indicates a creative work of the imagination, ranging from pieces of pure imagination (science-fiction, epic fantasy) to more “realistic” (relatively, at least, as to the surface of events) novels set in the everyday world.

Let's note, though, the order of phrasing: ânovel' is the noun, emphasizing its primary importance; ânonfiction' the adjective, implying a sub-genre of the form. And, as such, asserting that any historicity in the piece must be considered secondary, at least by the author, as to intent.

All of which might be boiled down to two basic concepts: 1) everything a receiver will experience while reading this book is absolutely true; and (2) none of this is real or should be taken as such. However artistically schizophrenic that may sound, this is the essence of a similar if not identical form of modern prose referred to as “creative nonfiction,” if there the priorities are actually reversed. The two forms are related, though a work identified as a ânonfiction novel' puts greater emphasis on the creative aspect.

These are contemporary and post-modernist off-shoots of what during the 20
th
century was referred to as 'historical fiction.' In that form, fictional characters were added to some actual situation, with the author allowed full rights to do pretty much whatever he or she wanted with the original aspects just so long as the factual backdrop was related authentically. That form of course still exists, though it seems less true to the spirit of how we see the world today.

One influential essay, “The Myth of History,” effectively argued that we see things differently than did the previous generation. The revisionist impulse has a great deal to do with this. What for ages was considered indisputable fact all at once may be questioned as to its validity.

As a result, we are less certain about thingsâanything!âthan any previous generation. But that cloud has a silver lining. For we are freed from a group-think that insists there is but one way to view events, thus all most conform to such an agreed upon âtruth.' There is much to be said for individual perception, even when employed to express an unpopular belief.

More often than not, such a singular vision replaces the longstanding one as the new final-word on the subject, only to be challenged again in due time. This can have to do with the interpretation of events, leading to books that reverse long-held attitudes about such significant presidents as Andrew Jackson and Abraham Lincoln. Heroes of one era can become posited as villains in the next, as the strange case of Gen. George Armstrong Custer vividly exemplifies. With a shift in values, the hero who tamed the wilderness can become the villain who tried to wipe out the Indians. At least in fictional and cinematic renderings. The best historical works, about these or other subjects, attempt a balance between the positive and negative traits of such figures, those rare historical people who in their own time achieve larger-than-life status (merited or not) and, after their passing, pop-culture immortality.

So goes the approach of level-headed intellectuals: Let's push beyond the simplistic Manichean extremism that would reduce everything and everyone to easily understandable clichÃ©s; let's rather go for the big picture, always far more complex if often at odds with itself. Nothing is as it seems to be. Perception is reality, though the tricky part is that our points-of-view continually alter, shift, emerge, evolve.

Shakespeare understood this better than anyone. Since he often drew from history of his own England for characters such as Henry IV or Richard III, included in such plays are many accepted âfacts' (some since dis-proven) as to their lives. But the Bard also felt free to exclude as well as include details, while changing the order of events, altering historical actions, and inventing whenever he wished. As to the latter, this occurs, notably, as to the motive of any one character.

Let's agree, for the moment, that Richard III killed those innocent princes in the Tower of London. (The murder may have taken place years after Richard's death, some historians now insist). But what was going through his mind at the moment? What might have been the emotions tearing through his frame? Basically, why did he do it, if he did it?

Historians, or at least those who believe he did commit the murder or at least ordered it, can never explain that. William Shakespeare did, because he was a dramatist. In the soliloquies and direct address to the audience, we learn whyâor at least what Shakespeare believes may have been the reason why. So the Richard III who slinks out on the stage is not the Richard of history but the Richard of Will Shakespeare's creative imagination, a fictional interpretation of a man who once lived and may have said some of the things and done some of the things that his flesh-and-blood precursor once said and did.

Knowledge of this discrepancy in no way detracts from the glories of the written (and performed) piece. Except, that is, for the narrow-minded who want all narrative works that draw from history to be presented as docu-drama; “Just the facts” as âSgt. Joe Friday' (Jack Webb) used to put it in TV's crime-busting classic
Dragnet
. However valid docu-drama may be, its own appeal should not, and does not, invalidate alternative genres, creative nonfiction included.

Four-hundred years ago, Shakespeareâlike Sophocles some two-thousand years before that, though it's unlikely the Bard was familiar with that Greek author's workâfreely interpreted people and events to his own needs. The Oedipus we encounter is not the king who presumably did rule Thebes at least a century before Sophocles wrote his play. While the drama contains some incidents which may have happened, they are presented through the prism of the author's own unique vision of life, offered up to illustrate his philosophical points rather than presented for their own sake. The same is true with Shakespeare, and any other fiction-writer who draws from history for his or her work.

The result is not a specific truth but a universal one. And if history has to be sacrificed to achieve that, so be it. The world would be a lesser place if we did not have Shakespeare's tragedies, or those by Sophocles. For they reveal inner rather than surface truths. From them, we learn less about events of the past than we do about ourselves in the present, as well as mankind yesterday, today, and tomorrow. We learn, from history transformed into fiction, what it means to be human.

In her appealingly titled “The Art of Fact,” Barbara Lounsberry pointed out key characteristics of this still in-embryo approach: honing to what is known to have happened as closely as possible while inherently grasping that there are two versions (at the very least!) of every story; merging once separate conventions of “history” and “literature” in part because, before people became too sophisticated for their own good, long ago there was but one way of looking at the past, this best described as “mytho-poetic”; and that in approaching such stories, the writer must, whether he considers himself chiefly an historian or a writer of fiction, express his own self, balancing such self-consideration with a desire to communicate on some primary level with the public at large.

No subject matter more demands this sort of scrutiny than the events surrounding the assassination of Pres. John Kennedy. He was murdered by a single gunman; there were three people who fired guns that day. Debaters can argue until blue in the face, as they have done for fifty years, and never come to a conclusion as to what really went down and/or why. A novel, though, can provide the answer. Or, more correctly,
an
answer.

What follows is absolutely not intended to be the final word on this tragedy. Rather, the book is offered up as one more voice added to the generalized din, a way of seeing events that can and should be perceived through the broadest possible spectrum. This version is merely one more ray of color and light.

The Lee Harvey Oswald encountered here is the Lee Oswald of my own creative imagination, employing the man who once lived and died as a template upon which my own ideas and values are imposed. Mostly, the materials I have added have to do with his personal, inner life, particularly Lee's relationship with Marina, his wife. His thoughts and memories, all added by me, serve as the thread that is here passed through bead after bead of historical fact as to his deeds and actions. Most of them have been reported before; never have they been portrayed from the point of view that you will encounter here.

Like other Kennedy conspiracy enthusiasts, over the past half-century I've read most of the literature on the subject, as well as related subjects. These include the lives of all those participants (or possible/suspect participants), as well as any tome that might shed light on the manner in which the CIA, the FBI, the KGB, Castro's Cuba, the American anti-Castro Cubans, and of course The Mob that were possibly involved.