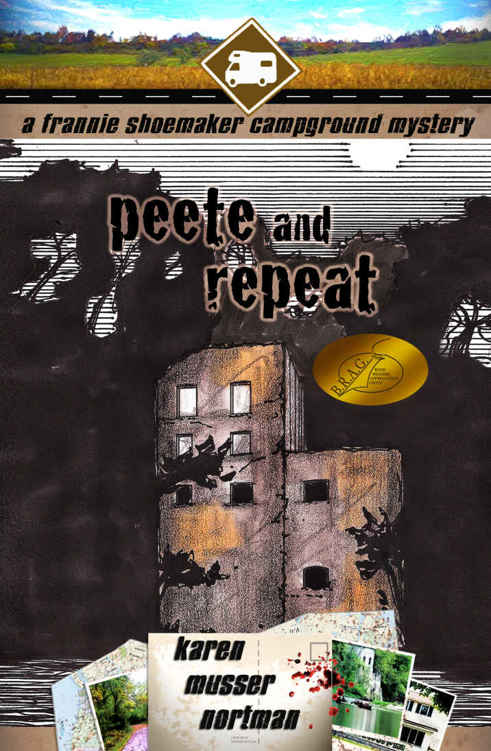 You can get a free copy of the second

if you sign up for my Favorite Readers email list to receive occasional notices about my new books and special offers.

Go to this link:

Copyright © 2013 by Karen Musser Nortman. All rights reserved. No part of this book may be reproduced in any form by any electronic or mechanical means (including photocopying, recording or information storage and retrieval) without permission in writing from the author.

This is a work of fiction. Names, characters, places and incidents are either the product of the author’s imagination, or are used fictitiously, and any resemblance to actual persons, living or dead, business establishments, events, or locales is purely coincidental.

Dedicated to my children and grandchildren

Virginia was about to close the laptop, but decided to check her sister’s account, automatically entering the password. The screen showed ten or twelve unopened emails—half a dozen ads for online clothing and photo outlets, three forwards of feel-good slogans and pictures from an annoying cousin, two notices from volunteer groups about upcoming events, and one from an unfamiliar personal email address that had just arrived. She clicked on it and glanced over it, then reread it carefully, leaning toward the screen.

“Dear Va
l
,” it said
.
“I can’t tell you how much I have missed you since arriving home. What an amazing time we had. My sister has tried to talk me into a cruise for years and I always thought it sounded stupid. How wrong I was! I just got back from the business trip to Spain that I told you about and I have to see you again. I have a short layover in Minneapolis on Friday—can I come by right after lunch? I love you—Richard.”

She closed the email, marked it as unread, and sat back in her chair. Her face flushed and her stomach clenched. Reconsidering, she opened the email again and hit ‘reply.’

“Dear Richard, I would like to see you again. Can I just meet you at the airport? Love, Val.” She hit send. She examined the email address: [email protected] So was his name Richard Ellis-Reynolds?

While she waited, her anger built. No wonder Valerie was so upbeat when she returned home from the cruise. Oh, she feigned great sympathy with Virginia for being sick and missing out on the trip they had planned together, but it never seemed sincere. Now she knew why.

She hit reply again. “Dear Richard, I will be there. I have something important to tell you. If there is any change in plans, text me at 407-555-2187. Our email is very sporadic. Love, Val.” She stopped, deleted ‘our,’ typed ‘my’ and hit send. Then she deleted the two emails from him, went into the ‘sent’ file and deleted hers.

Next she did a search on Richard Ellis-Reynolds. She found one who was a broker for a large well-known securities firm in Chicago. Possible. The cruise that she and Valerie had signed up for was handled by a midwestern travel agency. Ellis-Reynolds could be a company name, but not likely with a hotmail address.

Virginia sighed. Valerie was so naive when it came to men. She supposed she would have to rescue her sister again and then pick up the pieces.

She was back at the laptop that afternoon, working on some digitized photos for a local magazine when she heard the connecting door to the garage open.

She gritted her teeth. Valerie called her that just to annoy her, but Virginia wasn’t going to let her sister get a rise out of her today, so she saved her work and closed the laptop.

“I was in the office,” she called out as she headed to the kitchen. Valerie unloaded her purse and a sack of groceries on the counter. She turned to face Virginia, her face flushed from the warm day and framed with downy blonde curls. A mirror image. Virginia always reveled in the knowledge that Valerie’s clear blue eyes behind stylish glasses, somewhat round face, and full mouth were what people also saw when they looked at her. Of course, the drawback to being an identical twin was being reminded of one’s own aging as the lines around the mouth and eyes on her sister increased with middle age.

“Any calls?” Valerie asked as she started to stash items in the refrigerator. After her discoveries earlier, Virginia could now identify a hopeful note in Valerie’s voice.

“No, why? Were you expecting some?”

“No, no,” Valerie turned, folding the reusable shopping bag and storing it in a rack beside the refrigerator. “Not particularly. Everyone’s been asking about you at work. I told them I thought you are planning to come back Monday. Is that still true?”

“Oh, definitely. I’m actually taking this week as vacation. I’ve been working on that
Solomon’s Seal
order the last couple of days.”

They continued chatting about work projects as they collaborated on a pasta dish and salad for supper. Virginia watched her sister, noting a distracted manner that she hadn’t been aware of before. It was time to nip this in the bud before Valerie became any more involved. She would be sad for a while but she would get over it. She always had before.

On Friday, after Valerie had left for work, Virginia showered, dressed and took extra care with her hair and makeup. She would have to put on a good act, but she had been doing that for years. People gravitated to Valerie because Virginia could be impatient, a little controlling, and, well, maybe a touch arrogant. So she often put on a more Valerie-like demeanor to keep things even. If people liked Valerie too much, they would take advantage of her. It was for Valerie’s own good.

By 11:45, she was at Gate C15, seated where she had a good view of arrivals but wouldn’t be immediately spotted. In her online search, she had found a picture of Richard Ellis-Reynolds so that she knew who to watch for. The flight was a little early and passengers started coming through the door about noon. Richard Ellis-Reynolds was the sixth person to emerge. She rose, and walked slowly toward the passengers, giving herself time to size him up before he saw her.

He was medium height, had dark short hair with a pronounced widow’s peak, impressive eyebrows and a small cleft in his chin. He was neither brutally handsome nor bad to look at. He wore a tan suit, light blue shirt, and striped tie. As he twisted to sling the strap of a laptop case over his shoulder, he glanced her way, saw her and broke into a broad smile.

“Val!” He hurried over and engulfed her in an awkward hug. She let loose a peal of nervous laughter, one of things she liked least about herself. He held her back and stared at her.

“I have missed that laugh—and everything about you!”

“It’s only been a week and a half, Richard.”

“I know, I know, way too long!” He took her elbow and steered her toward the bar. “Shall we get a drink? Have you had lunch? Do you have time?”

She laughed again, less cautious now that she knew he liked it. “Richard, one question at a time. A drink would be fine, I’ve had lunch, but yes, I have time.”

They found a secluded booth and he motioned the waiter over, ordering himself a Manhattan and her a glass of Valerie’s favorite white wine.

He grinned at her, beside himself at seeing her again. “Something has to change. I can’t stand this. I thought seeing you every couple of weeks would be sufficient, but—,” he shook his head, serious now. “Val, darling, I want to ask you—.”

She put up her hand to shush him. “Richard,” she said, and on cue a tear started down her cheek. “I told you I had something to tell you, and it won’t be pleasant for either of us.”

The waiter brought the drinks, and Richard handed him a folded bill, waving him away without taking his eyes off her. “What are you saying…?”

She took a sip of her wine and held her other hand up again. “I can’t do this, Richard. I can’t tell you why right now, but please know that I do love you. I just can’t—I
cannot
continue our relationship.”

He leaned forward, anger and shock on his face. “What are you talking about?” His voice was raised, and as soon as he said it, he looked around the bar to see if he was attracting too much attention. A few faces turned their way. This was why she wanted to meet him at the airport. Any scene would be easier to control.

She let the tears flow freely now, daintily wiping them with a tissue from her purse. “Please, don’t make this harder…”

“Harder?” he whispered hoarsely. “How can it be any harder? I thought we really had something. Less than two weeks ago, you said you would love me forever. What has changed? Family problems?—but you said you had no family…”

Virginia seethed at that last statement but she controlled her anger. “Richard,” she said faintly, “please try to understand…,” she stopped and waved away his objections, “okay, if not understand,
accept
what I am saying. I have no choice, and it is unfair to you to drag this out. Forget about me and don’t try to contact me any more. If you hear from me, it is only a momentary weakness, don’t respond.” She let her voice become stronger, firmer, but no louder. “I mean it when I say that I cannot continue seeing you—and that’s all I can say. I wish you the best and know you will find someone else who is worthy of you.” She slid to the edge of the booth, quickly getting up, and turning away from him. As she walked out of the bar, she glanced in the mirror above the bar to gauge his reaction. He appeared devastated. Not until she had walked out of the building did she allow herself a small smile. Val, darling, indeed.