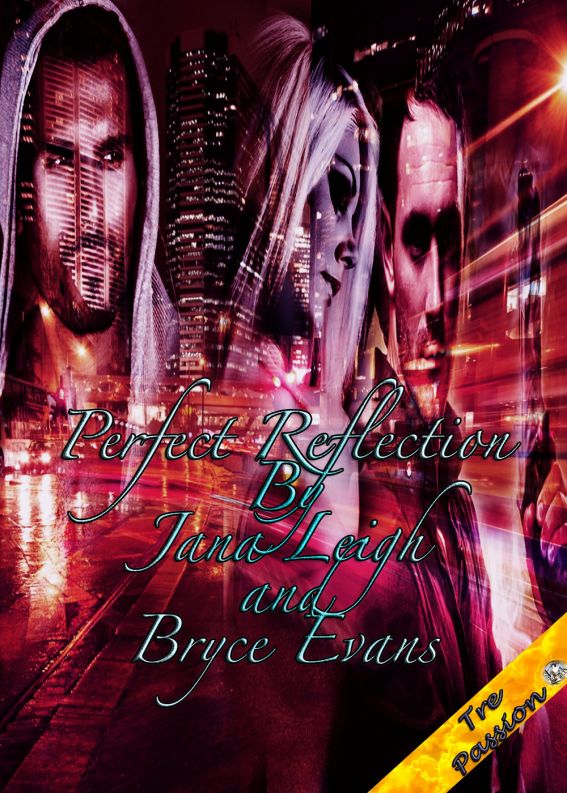 This eBook is licensed for your personal
enjoyment only. This eBook may not be re-sold or given away to
other people. If you would like to share this book with another
person, please purchase an additional copy for each recipient. If
you are reading this book and did not purchase it or it was not
purchased for your use only, then, please return to Smashwords.com,
and purchase your own copy.

This is a work of fiction. Names, places,
characters and incidents either are the product of the author’s
imagination or are used fictitiously and any resemblance to any
actual persons, living or dead, organizations, events or locales
are entirely coincidental.

All cover art and logo © Copyright 2013 by JK
Publishing INC

No part of this book may be reproduced,
stored in a retrieval system, or transmitted by any means without
the written permission of the author.

To my best friends who always have to listen to me
talk about planning the perfect murder. I love you!

To my mother who forced me to read even when I didn’t
want to when I was young.

To my family who listens to my rant and rave when I
have issues thinking and writing. I am so proud of my husband and
daughter who are graduating this year, my husband from college, and
my daughter from high school. I am way too young to have this
happening already.

To my business partners (editors, shoulders to cry
on, and women who kick me in the ass, frequently) there are no
words for my appreciation of everything you do daily to make us
authors look good! I would love to thank my publishing company, but
I own it, and that seems kinda weird.

To my authors, I am amazed daily with the
imaginations you all have.

Finally, to my fans, thanks for sticking with me,
been a long road, but finally have found my groove!!

~
Excerpt from Once
Forgotten Twice Loved

These records had to be fucking wrong, there was no
way that asshole was supposed to be the Prince of Wolves, as the
“Redeemer,” he was supposed to have gotten everything. The wolf
paced around the room, stupid Elders think they know everything.
His mother,
boo hoo
, turns up pregnant from a visiting wolf,
she cheated on her true mate.
How was that even possible?
His father had solved that though when she gave birth, and he
scented the betrayal on the babies. He killed her, took him, and
gave his snotty ass twin away to the cheating bastard. Too bad the
bastard had no clue she had two children. It was the ultimate
price, although the asshole had no idea he was about to pay the
piper for his indiscretion.

His whole life all he heard was how special he was.
His father chose him to keep, to raise and groom him to become “The
Redeemer.” Only he could plan this out to perfection, make his DNA
donator pay for everything he had done. Ruined his father’s life,
ruined his family, hell, ruined
his
life. Now, now he was
going to pay, all of them would. His plan started so long ago it
made him laugh; all of his little chess pieces were almost in
place. His father taught him the game, and he had the patience to
play it through.

It had started out small, his father taking him
hunting when he was barely able to walk. Taught him how to use a
blade to kill a deer before he could shift into his wolf, his
father said he needed to know how to kill with his hands. Being a
wolf was not a tool he would use to extract his revenge, because in
his wolf form they could track him, as a human he could mask
himself.

When “The Redeemer” figured out he loved the feel of
blood running through his fingers, he learned all he could. Then he
was given his purpose; his father gave him the task of helping all
those unsuspecting bastards who were being cheated on.

He could remember when he was five, his father took
him and showed him what cheating bitches did. They spread their
legs for anyone and laughed behind their mate’s back. His father
showed him what must be done, silencing them and making sure they
couldn’t destroy another family.

He could hear him now, “If you are not true mates,
your mate will cheat, she will leave you, search for her true mate.
They are all whores of the wolf teaching, none of them understand
that there is no true mating, because female wolves will never
allow themselves to mate to just one wolf, it is not in their
nature.” His father was doing a service to mankind by teaching him
to kill, they would all thank him and bow to him, he was “The
Redeemer,” and soon they would all know.

She woke up shivering. What was wrong with her? She
felt like she had been hit by a truck and finally opened one of her
eyes. When she looked up, the light was too bright so she jerked
them closed.
Good God
, she thought,
try again, she knew
that she was not in her home. Where the fuck was she?

She turned her head and opened her hooded eyes. What
the hell? It looked like a construction site. Her back and legs
were so cold and she was shivering all over. She tried to get up,
but her hands were tied to something. When she opened her sluggish
eyes further, she was strapped to a steel table where her hands
were tied to each end of the table.

Missy looked down toward her legs and they were
strapped to the table, too.
Shit
, she was naked and strapped
to a cold steel table. Missy started to panic. All she could
remember was being at the Coastal for drinks. Looking around the
room, she tried to find anything that could help get her untied.
There were tools everywhere, littering the floor and on the other
table but too far for her to reach.

Plastic was wrapped around the windows. Nothing
looked familiar to her. There were papers that looked like plans
lying on a table near the door. It appeared to be a new building
under construction.

Missy jerked her head to the right hearing footsteps.
She looked at the door when she saw someone walking down the dark
hallway. When he got further into the light, Missy couldn’t believe
it. What was he doing here and why was she tied to a table?

“Ah, I see you have finally woken up. It wouldn’t
have been any fun if you had slept through it. Do you know who I
am?”

Missy’s eyes narrowed as he came up beside the table,
putting his hand on her arm, rubbing up and down. She grimaced as
she felt his touch; fuckin’ bastard was going to pay for touching
her.

Missy finally found her voice, “Look, we had some
good times, but this is going too far. Let me loose now and I will
leave.” His answer was moving his hands further down her chest,
finding her breasts, and squeezing them hard.

“I am going to give you freedom. You have cheated;
when you came on to me, I could see it. Your mate would not be
happy to know you are with me right now, would he?” he said and
laughed at her discomfort.

He finally looked down at her and smiled. He walked
over to the table and pulled duct tape out of a bag. Then he cut
off a piece of the tape and walked back over to Missy. She was
watching him closely and when he got closer, she knew he meant to
put the tape over her mouth.

“I am going to help you, show you the error of your
ways, so when you meet the devil you can fully accept what you have
done wrong. And give him a message for me, will ya? I am sending
someone special to him soon, he needs to be ready for his gift.”
The Redeemer laughed, held up the knife, and looked down at
her.

Jewel woke up to the phone ringing. “Shit,” she swore
and untangled herself from her blankets. She looked over at the
clock. It said five thirty a.m. Who would call her this early in
the morning? This couldn’t be good. Jewel reached over and switched
on the lamp beside her bed. Narrowing her eyes, she went to grab
her phone, but it dropped to the floor.

“Dammit.” Jewel leaned over the bed looking for that
blasted phone. She found it, flipped it over, pushing it on.
“Campbell!” she barked into the phone.

Jewel listened to her partner, Vander Collins,
telling her that there was another murder. She rolled herself off
the bed, sitting on the side, pulling out her notepad, and writing
down the location of the crime. The whole time beginning to wonder
if there was something more to this whole case than what she
thought.

“I’ll be there in an hour. Got it.” Jewel got up,
stretching as she walked to the bathroom. She slept in the nude so
she didn’t have to waste any time in taking her clothes off before
she stepped into the shower. Also, it didn’t hurt not having on
clothes when she shifted.

Jewel Campbell was a shifter, a wolf shifter to be
exact. She loved being in the nude, except in front of others.
There was a line she would draw
, she thought and laughed.
Shit, this was already starting out to be a fan-fuckin-tastic
day.

Jewel was a natural beauty. Her hair was dark-brown
with blond highlights in it, long, down past her shoulders, but she
wore it up most of the time at work. She had dark-green eyes. It
was like looking at green moss hanging from a tree. Jewel was
always being hit-on because of her looks. She had long legs that
should have belonged to a supermodel. Plus she was buff, being a
shifter and working out in the gym in her basement, she had
sculpted muscles most men would be jealous of.