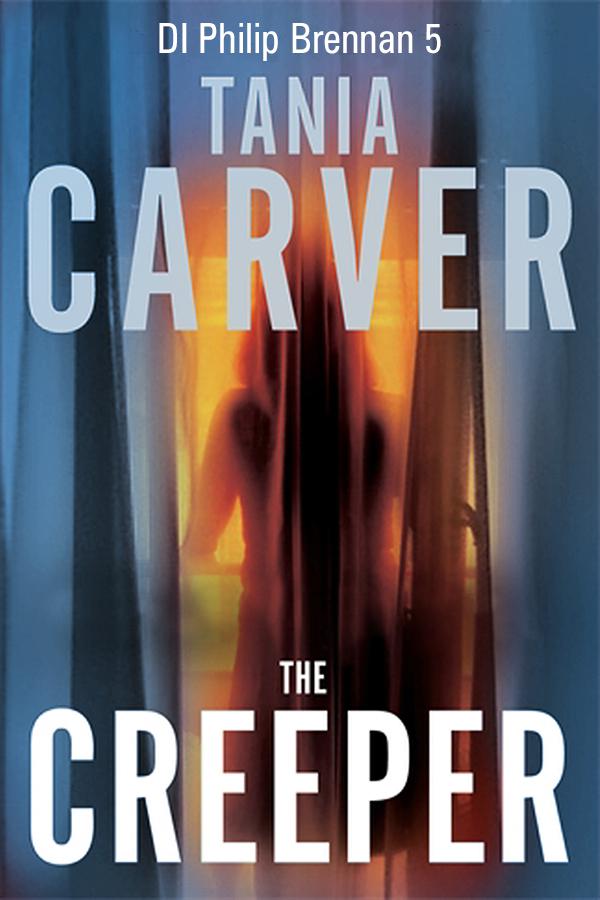 Suzanne Perry is having a vivid nightmare. Someone is in her bedroom,
touching her, and she can't move a muscle. She wakes, relieved to put
the nightmare behind her, but when she opens the curtains, she sees a
polaroid stuck to the window. A photo of her sleeping self, taken during
the night. And underneath the words: 'I'm watching over you'. Her
nightmare isn't over. In fact, it's just beginning. Detective Inspector
Phil Brennan of the Major Incident Squad has a killer to hunt. A killer
who stalks young women, insinuates himself into their lives, and
ultimately tortures and murders them in the most shocking way possible.
But the more Phil investigates, the more he delves into the twisted
psychology of his quarry, Phil realises that it isn't just a serial
killer he's hunting but something, or someone, infinitely more
calculating and horrific. And much closer to home than he realised . . .

Once again thank you to David, Dan, Thalia, Andy and the rest of the team at Little, Brown. And to my agent Jane Gregory and everyone at Gregory and Company. Huge thanks to Joan Medland for her expert advice.

The version of Colchester General Hospital as imagined in this novel is entirely my own. As is Colchester, for that matter.

I
t was the little things she had noticed first.

Ornaments slightly out of place, a mug on the draining board that she thought she had put back in the cupboard, a damp towel in the bathroom that should have been dry. Little things. Puzzling things.

But not enough to be worried about.

If Suzanne Perry had known then how far it would go, what kind of nightmare her life would become, she would have been more than worried. She would have run as fast and as far away as possible.

Suzanne was twenty-six. She lived alone in a flat on the Maldon Road in Colchester. She worked as a speech therapist at the General Hospital. She had broken up with her boyfriend a few months ago and, while she had dated since then, she wasn’t looking for anything serious.

She just wanted to enjoy herself.

Suzanne went out with her friends once a week, to a few bars in town, maybe a club. She liked dancing. She liked whatever was popular. She played Little Boots and Lady Gaga in the car and sang along. She enjoyed movies, especially comedies. And eating out, when she could afford it. Some nights she wished she had a boyfriend, some nights she liked nothing better than curling up on the sofa with a chick-lit novel, a bar of chocolate and a glass of white wine.

She was attractive and friendly and she didn’t think she was anything special.

The nightmare started in early June. Suzanne was asleep in her bed, in her room, in her flat. The doors locked and bolted, the windows secured. She thought she was safe.

The thick, heavy drapes were pulled close at the window, the wooden blinds tight shut. As always. Since she had been a child she was a light sleeper, needing total darkness and silence. So her bedroom was like a sensory deprivation chamber. She loved that.

But this night was different. This darkness was different. Not comforting or secure but cold and deep, as if the safety of her womb-like room had been breached. She didn’t know if she was dreaming or awake. The room was hers and not hers.

She lay on her back in her bed, her eyes wide open, her head propped up on pillows, stared straight ahead into a nightmare-black darkness of deep, dank shadows in which huge, hulking shapes could be glimpsed. She blinked, tried to move. Couldn’t. Blinked again. Her head, full of imagined whispers and screams, ached.

A shadow detached itself from the darkness, moved towards her. Her heart raced, she tried to roll over, pull away. Couldn’t. Her body wouldn’t respond.

The shadow took shape. An outline against the blackness. A human shape, bulky, with two huge, glowing eyes at the front of its head. Bright, like car headlights. Suzanne tried to shield her face, but her arm wouldn’t respond. She closed her eyes. The shadow moved in closer. Suzanne, her heart hammering, kept her eyes closed. Her brain sent a signal to her mouth: open, scream. Nothing happened.

She kept her eyes screwed tight shut, tried not to breathe. Pretended she wasn’t there. Willed herself to waken.

She opened her eyes. The dream room was spinning, a pitch-black kaleidoscope. She pulled it into focus. The shadow was right beside her, its bright eyes by the side of her head. She could feel its dream breath on her dream cheek.

Grave Matters by Jana Oliver
Have You Seen Ally Queen? by Deb Fitzpatrick
Capturing Peace by Molly McAdams
Love Beyond Expectations by Rebecca Royce
Ilión by Dan Simmons
Cool Heat by Watkins, Richter
Soulless: The Story of Shayan (Prequel to The Soul Quest Trilogy) by Amy Jones
Cambio. by Paul Watzlawick
Lost to You by A. L. Jackson
The Monk by Matthew Lewis