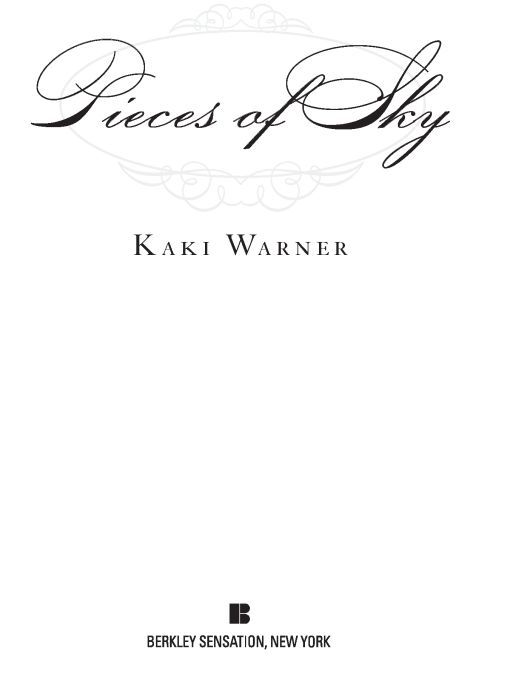 Table of Contents
Title Page
Copyright Page
Dedication
Acknowledgements
One
Two
Three
Four
Five
Six
Seven
Eight
Nine
Ten
Eleven
Twelve
Thirteen
Fourteen
Fifteen
Sixteen
Seventeen
Eighteen
Nineteen
Twenty
Twenty-one
Twenty-two
Twenty-three
Twenty-four
Twenty-five
Twenty-six
Teaser chapter
“You’re having fun with this, aren’t you?”
“I admit I am.” His mustache quirked up at the corners. “You make it so easy.”
He reached into his shirt pocket. “And by the way . . .” He leaned forward, an odd glint in those aqua eyes. In his fingers he held a copper coin.
She tried to draw back, couldn’t, and in mute helplessness watched him take her hand in his. With great care he placed the coin into her gloved palm. “I don’t take money from women. No matter how grateful they are.”
She forgot how to breathe. How to think, or move. He was so near she could smell sweat, horses, old smoke. And at that moment, as she stared into the bright intensity of those startling eyes, she realized how badly she had underestimated this man.
And to prove it he did the most extraordinary thing.
He smiled . . . 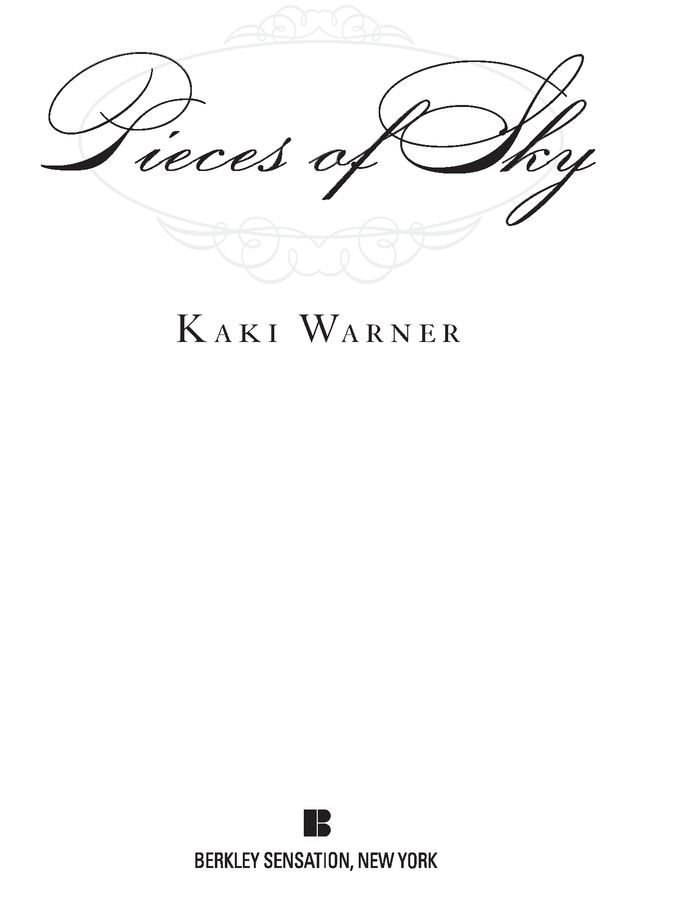 To Joe, Jason, and Sara, my patient and supportive family. And to Lillie, the sister of my heart.
ACKNOWLEDGMENTS
Many heartfelt thanks to:
Joe, my construction and railroad expert.
Jason, my gun expert.
Sara, who deftly managed the cheese meter.
Carlee, nurse extraordinaire and my medical expert.
Clara Garza, who knows way too many Spanish dirty words.
And my supportive critiquers, listeners, readers, and friends: Billee Escott, Frances Sonnabend, Cyndi Thomson, Bonnie Maltais, Janet Boyce, Carol Ranck, and of course, Jack Hoffman.
Bless ya’ll.
One

New Mexico Territory, 1869
I’M A DEAD MAN
.
Brady Wilkins dragged a hand over his face then wiped his bloody fingers on his shirt. Nine o’clock, and already he was wet with sweat. It soaked the headband of his hat, gathered in his eyebrows and mustache, stung like hell in the gash across his cheekbone. His left eye was swollen shut, his knee hurt like a sonofabitch, and if he was lucky, he might survive a day.
Hell.
Despite the stupidity that had brought him to this sorry state, he didn’t consider himself a stupid man. He knew in the high desert survival was a tenuous thing, challenged by flash floods, hostiles, rattlers, and sometimes, like today, something as commonplace as a low-lying, leg-grabbing sage branch. He also knew his chances of survival were slim—slimmer if he didn’t start now.
But first he would have to shoot his horse.
Squinting through his right eye, he studied the rolling expanse of withered scrub that stretched behind him. He pivoted and checked the opposite direction. Through the heat shimmers dancing along the horizon, he barely made out the blunt-nosed shadow of Blue Mesa rising out of the flatlands thirty-five miles away. Five miles beyond it was the south boundary of RosaRoja and home. Forty miles on foot, in late spring, with a near-empty canteen and not even a tree to piss on. It might as well be a hundred.
With a sigh, he looked down at his horse.
Blood darkened the dirt beneath him, flowing from a pulpy mass of torn flesh, tendon, and bone just above the fetlock. With every breath out, he groaned.
“Damnit, Bob. Now look what you’ve done.”
Mostly he was angry with himself. If he hadn’t stayed up so late drinking and talking bulls with McPherson, he wouldn’t have dozed off and he would have been more aware of where his horse was stepping. Now he would have to shoot one of the finest animals he’d ever owned.
“Hell, you probably killed us both.”
As he approached the stricken animal, he noted that the saddlebags and his prized Winchester Model 1866 repeating rifle were pinned beneath Bob’s twelve-hundred-pound weight. He couldn’t leave them behind. Nor could he see a way to retrieve them without getting the animal back on its feet. Sickened by what he had to do, he unlashed the rope tied to the front of the saddle.
Mindful of thrashing legs and the injury, he slipped the rope around the broken leg above the knee, pulled it taut then looped it around the saddle horn. The trailing end he ran over his shoulder and across his back. Positioning himself out of kicking range behind the horse, he began to pull, hoping to use his strength and the rope sling to help Bob back onto his feet.
Bob fought him but Brady held on, plowing the dirt with the sloped heels of his boots. Air hissed through his teeth. His thighs shook. Muscles across his back burned where the rope cut in.
With a squeal of pain, Bob whipped his head back and thrust with his haunches, sending his body up and forward onto three legs. After finding his balance, he stood shuddering, his nose almost brushing the ground.
Breathing hard, Brady approached the trembling animal. “Easy, boy.”
Bob snapped at him, eyes rolling, teeth clicking against the bit.
After stripping the horse, Brady drew his Colt from the holster on his hip. An unbidden image flashed in his mind of another day on the desert, another soul twisting in agony. He closed his eyes and tried to block it, telling himself this time would be easier; this time it was only a horse.
Bob’s groan jerked him back from the past. Resolved, Brady checked the load, snapped the chamber closed, then raised the pistol. “I’ll miss you, you clumsy bastard.” Pointing the muzzle into Bob’s ear, he squeezed the trigger and stepped clear.
The horse folded, slamming to earth in an explosion of dust quickly swept away on a hot gust of wind. Ears ringing, Brady reloaded and holstered the pistol, then lifted his head to study the endless maze of creosote and cactus fanning away on all sides. Overhead, not a single lint-ball cloud relieved the unrelenting blue, and in the distance the jagged silhouette of the Sacramento Mountains was as sharp as a Mexican blade.
Forty miles in this heat, wearing these boots, packing eighty pounds of gear. He’d never make it. Unless . . .
He looked east, plotting a map in his head, trying to gauge where the Overland came through on its way to Val Rosa. If he cut straight across, he had a chance. He might even get a horse at the stage stop. With renewed energy, he tied the bridle and canteen to the saddle, then tossed the saddlebags and rifle scabbard over one shoulder, the saddle over the other. He left the saddle blanket. With a final nod to a fine horse, he headed east, gaze fixed on distant landmarks hanging above the wavering horizon.
If he didn’t lose his bearings and kept his pace up, and if his new custom-made pointy-toed riding boots didn’t rub his toes to stubs, he might make it to the stopover before the westbound stage came through.