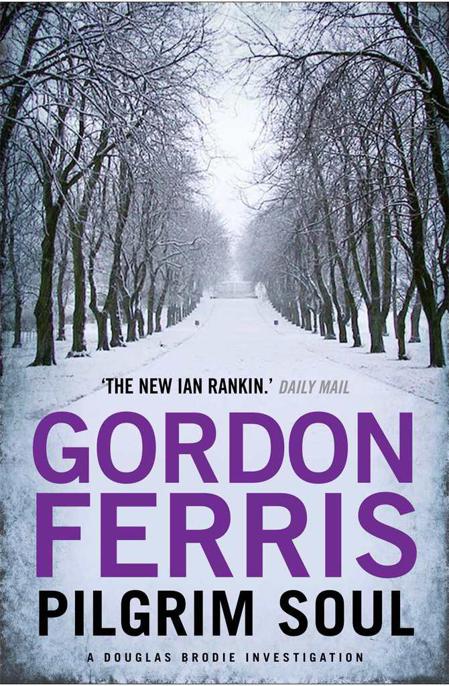 Gordon Ferris has been an executive in the Ministry of Defence and a consultancy partner in the banking division of Price Waterhouse. Maybe that’s where he gets his interests in guns and crooks. Gordon grew up in the West of Scotland and now lives in London. He is the author of the No.1 bestselling E-book
The Hanging Shed. 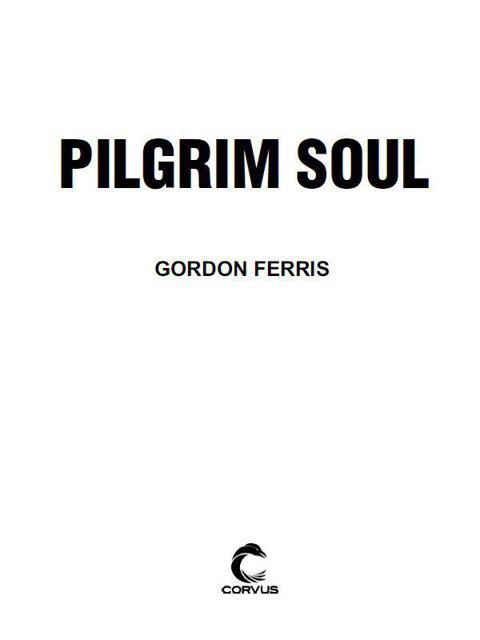 Published in hardback, trade paperback and E-book in Great Britain in 2013 by Corvus, an imprint of Atlantic Books Ltd.

The moral right of Gordon Ferris to be identified as the author of this work has been asserted by him in accordance with the Copyright, Designs and Patents Act of 1988.

This novel is entirely a work of fiction. The names, characters and incidents portrayed in it are the work of the author’s imagination. Any resemblance to actual persons, living or dead, events or localities, is entirely coincidental.

‘If there were enough like him, I think the world would be a very safe place to live in, and yet not too dull to be worth living in.’

For Kathryn and Helen

There’s no good time to die. There’s no good place. Not even in a lover’s arms at the peak of passion. It’s still the end. Your story goes no further. But if I had the choice it wouldn’t be in a snowdrift, in a public park, ten minutes from my own warm fireside, with a two-foot icicle rammed in my ear. This man wasn’t given the option. His body lay splayed in cold crucifixion on Glasgow Green, his eyes gazing blindly into the face of his jealous god.

I looked around me at the bare trees made skeletal with whitened limbs. High above, the black lid of the sky had been lifted off, and all the warmth in the world was escaping. In this bleak new year, Glasgow had been gathered up, spirited aloft, and dropped back down in Siberia. So cold. So cold.

I tugged my scarf tight round my throat to block the bitter wind from knifing my chest and stopping my heart. I looked down on his body, and saw in the terrorised face my great failure. The snow was trampled round about him, as though his killers had done a war dance afterwards. Around his head a dark stain seeped into the pristine white.

A man stood a few feet away, clasping a shivering woman to his thick coat. Under his hat-brim his eyes held mine in a mix of horror and accusation. I needed no prompting. Not for this man’s death. I was being paid to stop this happening. I hadn’t. This was the fifth murder since I took on the job four months ago. But in fairness, back then, back in November, I was only hired to catch a thief . . .

‘What’s the difference between a policeman’s wages and a private income? You’d be doing the same thing.’

‘No warrant card. No authority. No back-up.’ I ticked off the list on my fingers.

She countered: ‘No hierarchy. No boss to fight.’

I studied Samantha Campbell. She knew me too well. It was a disturbing talent of hers. Of women. She was nursing a cup of tea in her downstairs kitchen, her first since getting home from the courts. Her cap of blonde hair was still flattened by a day sporting the scratchy wig. The bridge of her nose carried the dents of her specs. I’d barely got in before her and was nursing my own temperance brew, both of us putting off as long as appeared seemly the first proper drink of the evening. Neither of us wanting to be the first to break.

‘How much?’ I asked as idly as it’s possible for a man who’s overdrawn at his bank.

‘They’re offering twenty pounds a week until you solve the crimes. Bonus of twenty if you clean it up by Christmas.’

‘Paying peanuts. Besides, I thought you were fed up with it?’

She was right. It was no secret between us. I’d barely put in four months as a reporter on the
Glasgow Gazette
but already it was palling. It was the compromises I found hardest. I didn’t mind having my elegant prose flattened and eviscerated. Much. But I struggled to pander to the whims of the newspaper bosses who in turn were pandering to their scandal-fixated readership. With hindsight my naivety shocked me. I’d confused writing with reporting. I wanted to be Hemingway not Fleet Street Frankie.

‘They gave me a rise of two quid a week.’

‘The least they could do. You’re doing two men’s jobs.’

She meant I was currently the sole reporter on the crime desk at the
Gazette
. My erstwhile boss, Wullie McAllister, was still nursing a split skull in the Erskine convalescent home.

‘Which means I don’t have time for a third.’

‘This would be spare time. Twenty quid a week for a few hours’ detective work? A man of your experience and talent?’

‘“Ne’er was flattery lost on poet’s ear
.
” Why are you so keen for me to do this? Am I behind with the rent? Not paying my whisky bills?’

She coloured. My comparative poverty was one of the unspoken barriers between us, preventing real progress in our relationship. How could a reporter keep this high-flying advocate in the manner she’d got accustomed to? My wages barely kept me; they wouldn’t stretch to two. Far less – in some inconceivable medley of events – three.

‘The
Gazette
’s just not you, is it? An observer, taking notes? Serving up gore on toast to the circus crowds. You’re a doer, not a watcher. You’re the sort that joins the Foreign Legion just for the thrill of it.’

‘Not a broken heart?’

‘Don’t bring
me
into this. What shall I tell Isaac Feldmann?’

Ah. Playing the ace. ‘Why didn’t Isaac just call me?’

‘He wanted to. But he’s from the South Portland Street gang. This initiative’s being led by Garnethill.’

In ranking terms, Garnethill was the first and senior synagogue in Glasgow. It served the Jewish community concentrated in the West End and centre. I’d only ever seen it from the outside: apart from the Hebrew script round the portal, more a pretty church façade than how I imagined a temple. Isaac’s place of worship was built about twenty years after Garnethill, at the turn of the century. It looked after the burgeoning Gorbals’ enclave. Jewish one-upmanship dictated that they called the Johnny-come-lately the Great Synagogue.

Sam was continuing, ‘I’ve worked for them before.’

‘A group of prominent Jewish businessmen. I defended them against charges of operating a cartel.’

‘I proved they were just being business savvy. The local boys were claiming the Jews were taking the bread from their mouths, driving their kids to the poor house and generally living up to their reputation as Shylocks. But all the locals managed to prove was their own over-charging.’

‘I suppose I should talk to them.’

They came in a pack later that evening, four of them, shedding their coats and scarves in the hall in a shuffle of handshakes and shaloms. They brought with them an aroma of tobacco and the exotic. Depending on their generational distance from refugee status, they carried the range of accents from Gorbals to Georgia, Bearsden to Bavaria, sometimes both in the same sentence. As a Homburg was doffed, a yarmulke was slipped on. I recognised two of the four: a bearded shopkeeper from Candleriggs; and my good friend Isaac Feldmann, debonair in one of his own three-piece tweed suits.

‘Good evening, Douglas.’ He grinned and shook my hand like a long-lost brother.

I guessed he meant his boy, Amos. Father and son weren’t seeing eye to eye on life. A familiar story. I envied such trouble.

‘But business is good?’

‘Better. Everyone wants a warm coat. Come visit. I can do you a good price.’

‘I don’t have the coupons, Isaac. Maybe next year.’

I grew conscious that the other three men were inspecting me. I turned to them.

‘Gentlemen, if Miss Campbell will permit, shall we discuss your business in the dining room?’

Sam led us through the hall and into the room at the back. We played silent musical chairs until all were seated round the polished wood slab, Sam at one end, me at the other, then two facing two. I placed my notebook and a pencil down in front of me. I looked round at their serious faces. With the hints of the Slav and the Middle East, the beards and the lustrous dark eyes, it felt like a Bolshevik plot. None of your peely-wally Scottish colouring for these smoky characters. Sam nodded to her right, to the big man stroking his great brown beard.

‘Mr Belsinger, the floor is yours.’ She looked up at me. ‘Mr Belsinger is the leader of the business community.’

‘I know him. Good evening, Shimon. It’s been a while.’

‘Too long, Douglas. I’ve been reading about your adventures in the
Gazette
.’ His voice rumbled round the room in the soft cadences of Glasgow. Shimon was born here from parents who’d pushed a cart two thousand miles from Estonia to Scotland seeking shelter from the Tsar’s murderous hordes.