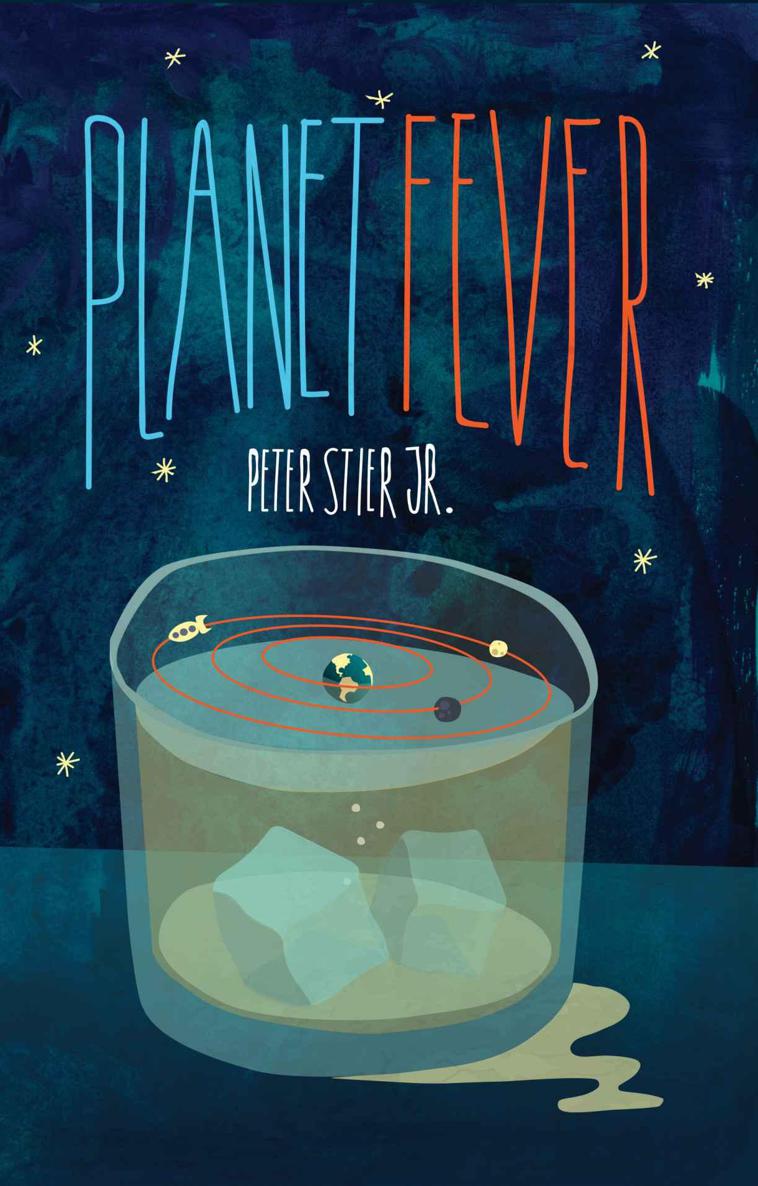 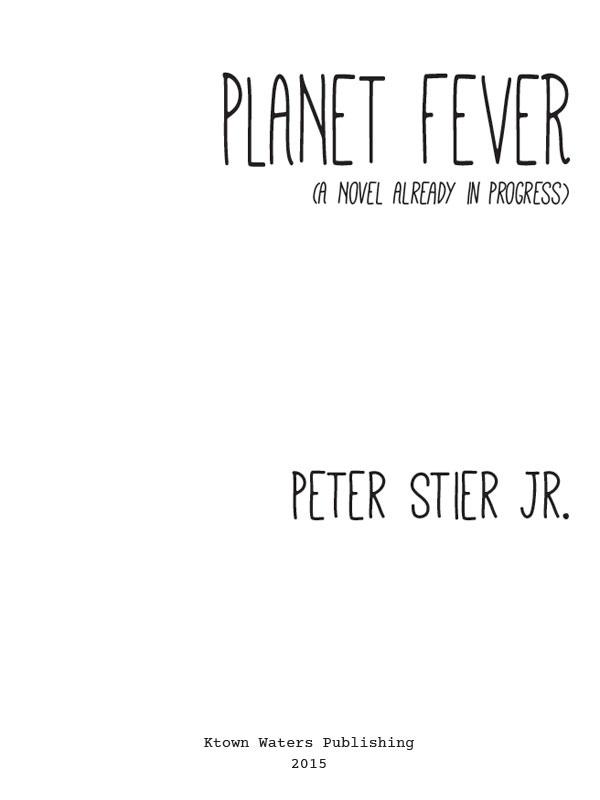 “HEY, WHOSE
story is this, anyway?”

“You are being interrogated.”

“Your mind. And the planet Earth.”

IF FINISHING
this novel were a matter of life and death, then I didn’t seem to be in any rush to save the universe. As a matter of fact, I wasn’t in a rush to do anything. My head was still in a mild fog from the pills I had spent the last month testing down at the A-to-Z Research and Clinical Trials Center in Redondo Beach, CA. Easy cash. $2000 for residing in a clinic and taking experimental pharmaceuticals. One month of room and board, meals covered, just pop the pills, get the blood pressure checked daily, blood drawn a few times per week, and write out a little “how are you feeling?” report daily. Oh, and you can’t leave the premises until the month is up. Piece of cake for a moneyless, bonafide hack writer like myself.

It’ll inspire me to finish the novel. I’ll have plenty of time to do it there.

Most of the stay was a fog. I don’t even recall getting discharged, and that was a while ago.

Not sure what those pills did, but the booze I had already blown most my money upon probably didn’t help matters. I was beginning to go from “drunk hack writer” to just plain drunk,and a blackout one to boot.

A walk to the liquor store was in order, to “collect my thoughts” and wind up for the big afternoon and night of writing. Damn if I wasn’t going to finish this book.

But first, I needed fuel.

Down the stairs I went and exited my building—formerly a hotel for the “who’s who” in Hollywood in the 1920s and 30s which had been “renovated” into a semi-low-rent apartment building that seemed to attract aspiring actors, writers, directors, and producers, which really meant that it housed a bunch of waiters and waitresses, dancers, caterers, bartenders, night watchmen, con-artists, and bell-hops. I was the odd-man out: my aspirations had nothing to do with the movie industry. I was a novelist.

That meant I was more delusional than all of them combined.

Since my childhood dreams of becoming an astronaut had been shot to hell, might as well aim for the gutter. Be the legit, street-credentialed, from-the-gut author that the establishment refused to notice, but because of a cult-like following I would amass, the establishment could not ignore.

Outside, plenty of afternoon traffic kicked up dust and noise. It was an overcast and mild Los Angeles day, and the smell of rain was in the air, along with the cacophony of thirty different car-horns bleating and beeping and honking.

I walked toward the
Monsignor Romero Tienda
, a little market/liquor store owned by a nice old El Salvadorian couple. The cause of the traffic snarl and mass car-horn din manifested into my awareness: some poor sap wearing desert camouflaged pants and a tank-top was trying to push his VW Vanagon out of traffic and into a gas station/mechanic on the corner and it was pissing off many an asshole whose progress to whatever bullshit place they had to get to was being impeded. Behind the steering wheel of the Vanagon was only visible a little head with braided ponytails, the man’s little sister or daughter. He was trying to direct her into the gas station/mechanic, but without much success.

I trotted out into the honking traffic. “Hey man, I’ll push.”

He looked at me, relieved. “Yeah. The station.”

I nodded as he ran around and got into the vehicle. One of the cooks from the papusaria joint next to the gas station appeared by my side and the two of us pushed the VW into the gas station. The cook and I shook hands and he walked back into his restaurant.

The guy got out along with the girl. He was in his mid-twenties. She could be no older than seven.

“Man, I really appreciate that,” he said.

“But you are sweating!” the little girl said, pointing at my sweat-ridden shirt.

She laughed at that one.

“Think the fuel pump went out.” He looked down.

“We’re trying to get to Arizona so my daddy can work. But we got no—”

“Honey, that’s enough. The nice man doesn’t need to hear this.” He patted his girl on the head then glanced up at me. “Thanks again.”

“The V.A. screwed my daddy. He got nerve gassed by our own guys in Desert Storm and now they won’t admit it so we’re—”

“Honey, what did I say? That is not a story we need to be telling everybody.”

“Army.” He pointed to the “Honorably Discharged Veteran” license plate on the back of his VW. He patted his girl on the head again.

The owner of the garage, Hamlet, an intense-eyed Armenian who always gave the impression he wanted to kick your ass but was actually a straight-up guy, walked toward us, looking like he wanted to kick our asses. He didn’t ask any questions. He stubbed his little cigar out on the pavement, reached into the VW, popped the hood then went to the front of the vehicle and checked the engine out.

“Fuel pump. $200 total. I can do now,” he said, then took out another of the little convenience store cigars from the wrapper and lighted it. He walked back into the garage.

The guy who I had just helped shook his head. He didn’t have the money. Well, I bet he’d probably $200 to his name, which was the cost of fuel to get him to a new life in Arizona. He could probably get the vehicle fixed, then be stuck here, the very prison of a city he was attempting to flee.

His little girl was humming some popular tune, walking along a crack and pretending it was a tightrope. She didn’t seem to have a care in the world.

In my wallet, a bunch of twenties resided. Ten of them, to be precise. Last of the pharmaceutical experiment pay.

The girl hummed and played.

Her dad tried to figure out the next move.

I took out the stack of bills, walked over to the dad, and handed them to him.

“Hey man, if you don’t take it, then I’ll just walk into the garage and hand it to Hamlet.”

He tried to keep it cool but his eyes watered up a bit. He took the money. “Thanks, brother.”

The little girl stopped her shenanigans and looked up at me and gave me one of those beaming and beautiful smiles that can only emit from untarnished innocence. “You’re nice,” she said.

Rain started falling. A flash of lightning and a thunderclap reverberated throughout the atmosphere. Never experienced that before, not in Los Angeles. The being called “nice,” that is.

I walked across the street, back to my building.

I climbed up the stairs and unlocked the door to my apartment. Thanks to the rain today as well as the past week, the place hadn’t been as hot as usual. In fact, it was relatively cool.

When it’s hot, all I want to do is relax and try not to contemplate how hot it is —that and drink cold, cheap beer. But when it’s cool, I tend to move around, read, do a little writing, maybe even exercise a touch.

95 degrees is not my idea of “beautiful.”

It melts my brain.

As a matter of fact, I have an accurate portrait of Hell in my mind when I envision 95 degrees Fahrenheit. Especially when no air conditioning exists in the place you are residing in.

What gets me are those fake smiles turning to (real?) frowns when the weather clown predicts “a good chance of rain for the afternoon”… as though he were predicting the apocalypse. And then the senior buffoon turns and says, “Well, we sure could use the rain.” And the rest of the robot rubes sitting by him nod their heads in agreement at his sage proclamation. Nauseating.

It had been raining, like I was saying. I thought about what to do. I opened the refrigerator and took out one of the two remaining cans of beer. Miller Wide-Mouth. Don’t care much for the wide-mouthed option Miller has foisted upon us. They prompt the beer to be guzzled faster than with the regular-topped cans. The wide-mouth may be swell if time is of the essence in swallowing the brew and/or garnering a buzz, but the savoring of each and every gulp is sacrificed. With the wide-mouth, the ends are more critical than the means.

Good Cook by Simon Hopkinson
Johnny and the Bomb by Terry Pratchett
DevilishlyHot by Unknown
When Sysadmins Ruled the Earth by Cory Doctorow
Brawler by Tracey Ward
The Soldier's Mission by Lenora Worth
The Road Back by Erich Maria Remarque
Take Me by Stark, Alice
Seducing My Best Friend (Fated #3) by Hazel Kelly
Wet and Wired by Zenina Masters