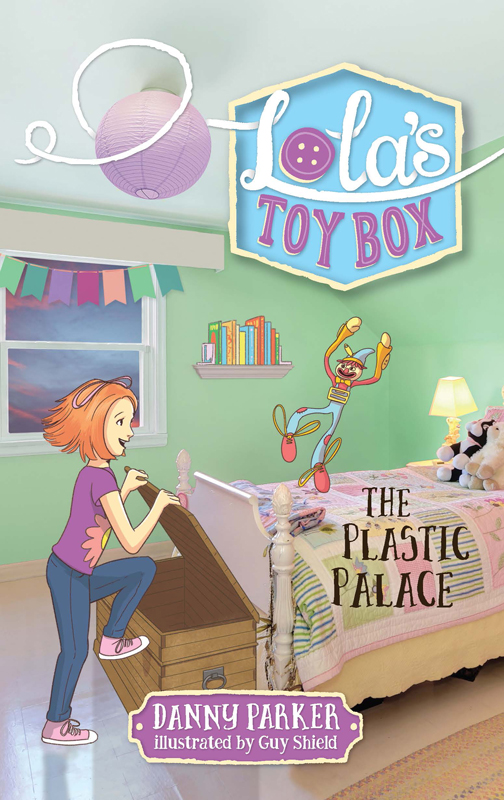 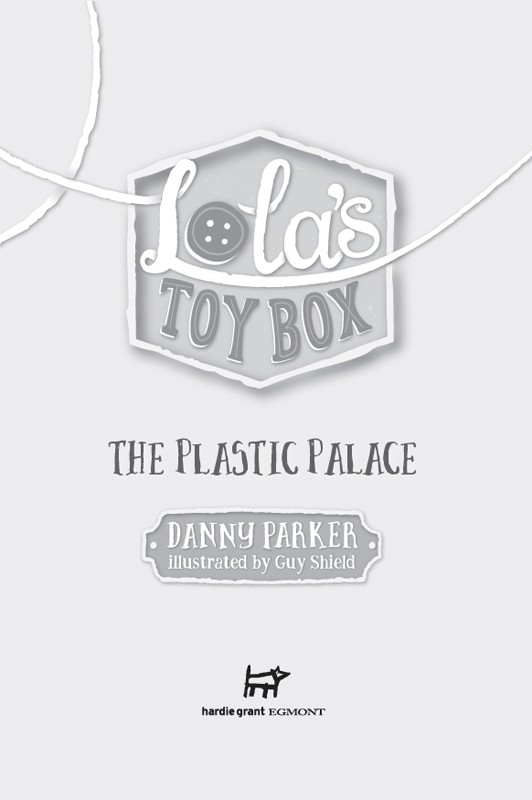 Lola was sitting on her bed, staring at her favourite toy Buddy.

Someone had drawn a pair of glasses on poor old Buddy. And a
moustache
.

Lola knew exactly who had done it.
Nick!

Why did she have such an annoying brother? Why couldn't he stay out of her room?

Poor Buddy! She would have to wash him, but she knew Buddy hated getting wet.

Nick was standing at her door. He had a big stupid grin on his face. âI thought Buddy needed a new look,' he said. âWhat do you think?'

Lola glared at Nick. She was so angry she couldn't speak. He was
horrible
.

She
had
to get him back somehow!

âNo need to thank me,' Nick sang as he went off to his own room.

Lola groaned. âI know what will cheer us up,' she whispered to Buddy. âWe need a little
adventure
. Come on!'

At the end of her bed, Lola had a toy box. But it wasn't just
any
old toy box.

This one was
special
. 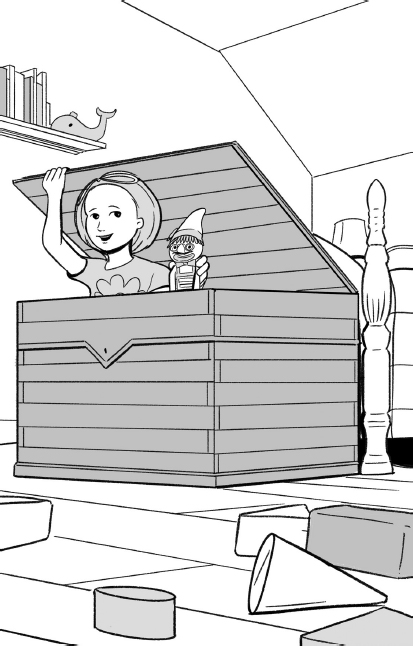 Lola opened the lid of the toy box and climbed inside with Buddy. She gently closed the lid above them.

Then the toy box filled with a bright light and started to shake. It was a bit like being inside a washing machine!

Lola held on to Buddy and closed her eyes. Her tummy flipped and tumbled.

Lola opened her eyes. She took a deep breath, pushed up the lid and climbed out.

She had climbed
out of
a very tall plastic wardrobe.

Buddy climbed out behind her.

âWell, bless my buttons, Lola,' said Buddy, as he closed his eyes and did a nice big stretch.

âIt's good to be back in the Kingdom!'

The toy box always brought them somewhere in the Kingdom. It was the place where toys came when children weren't playing with them.

The question was,
where
in the Kingdom were they today?

âDoesn't matter,' said Lola with a smile. She looked around.

They were in a very fancy bedroom. There was a huge bed, a chair that looked like a throne, and the tall wardrobe.

Only â and this was strange â everything was made of
plastic
.

Lola looked closely. It was all made out of hundreds of tiny little plastic bricks.

Everything was shiny. And yellow. Very, very yellow.

âThere's only one place in the Kingdom made of plastic,' said Buddy slowly, looking worried. Then he went silent. 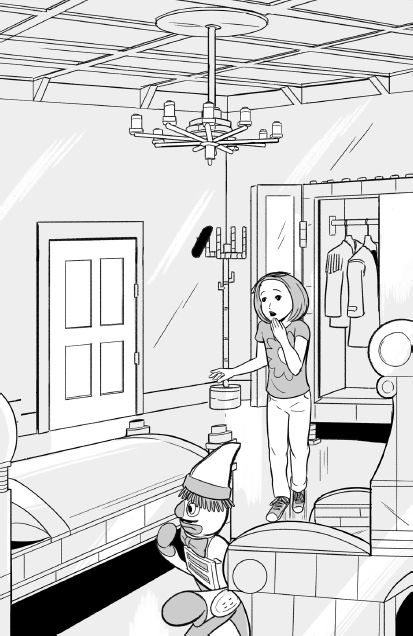 âWell?' Lola asked. âWhere do you think we are?'

But before Buddy could answer, Lola felt an odd thumping.

Everything seemed to
jump
. It was a bit like when Nick stomped down the hallway at home. Only
louder
.

Lola wanted to explore the strange plastic world, but the thumping was getting
louder
and
louder
.

She looked at Buddy. Under his drawn-on glasses, his big eyes were even
bigger
than usual.

And they were coming closer!

âWho's coming?' asked Lola as she rolled under the huge bed. âAnd where are we?'

âWe're in the Plastic Palace, of course!' whispered Buddy.

Oh,
thought Lola with a shiver.

She knew that Nevercalm was the home of the evil Plastic Prince. She also knew that he had formed an army of Almost Toys.

Lola tucked herself out of sight. Buddy ducked behind the throne.

The marching was much
louder
now.

Lola was quiet, but her mind was racing. She knew there was a battle going on in the Kingdom. A battle between the Great High Bear and the Plastic Prince.

If Buddy was right, and they really were in Nevercalm, then the toy box had taken them to a very
dangerous
place.

All the toys that Lola knew agreed on one thing: Nevercalm was the
scariest
land in the Kingdom.

But then Lola had a comforting thought.

âThey can't be looking for us,' she whispered. âNo-one knows we're here yet.'

But before Buddy could answer, the marching stopped.

Right
outside
the door.

Lola held her breath. She didn't want to get caught. They'd only just arrived! Where was the fun in that?

Lola peeped out from under the bed. She saw a large plastic soldier peering into the room. 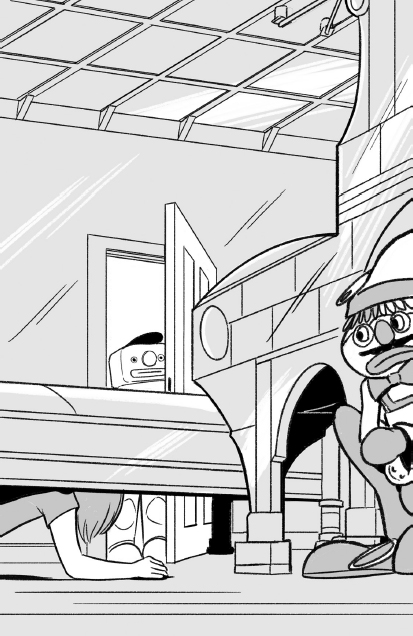 The toy didn't look very well made. Lola reckoned she could have done a better job herself.

It wasn't very well painted, either.

Lola was still holding her breath. But any moment now, she would have to gasp for air â¦

Luckily, the toy soldier stepped back and closed the door behind him. As soon as the door clicked shut, the marching began again.

âPhew!' said Buddy, standing up on his wobbly long legs. âBy my buttons, that was
close
!'

Lola rolled out and stood up too.

Forty Candles by Virginia Nelson
Visitation by Erpenbeck, Jenny
After: Red Scare (AFTER post-apocalyptic series, Book 5) by Scott Nicholson
All I Want - a Tryst With a Twist by S. L. Scott
The Perennial Killer: A Gardening Mystery by Ann Ripley
Saving Jason by Michael Sears
Skin Deep by Pamela Clare
Swerve by Michelle McGriff
Rod by Nella Tyler
Long Mile Home: Boston Under Attack, the City's Courageous Recovery, and the Epic Hunt for Justice by Helman, Scott, Russell, Jenna