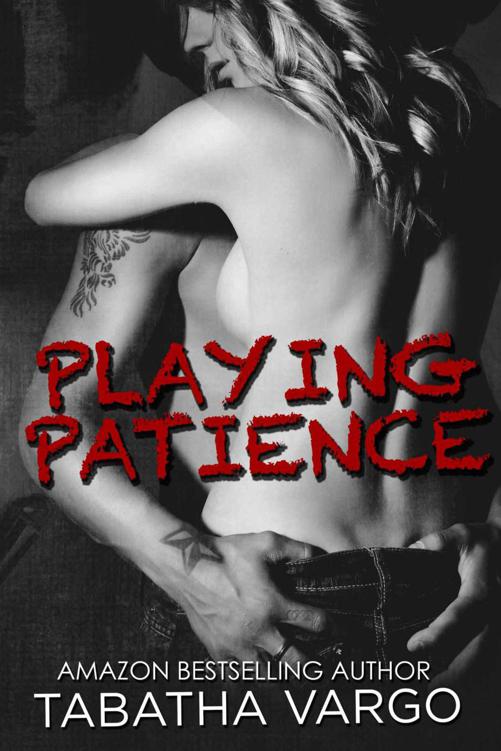 All Rights Reserved. Printed in the United States of America.

No part of this book may be used or reproduced in any manor whatsoever without written permission except in the case of brief quotations embodied in critical articles and reviews.

This book is a work of fiction. Any references to historical events or real people are used fictitiously. Other names, characters, and incidents are products of the author’s imagination, and any resemblance to actual events or persons, living or dead, is entirely coincidental.

Cover Art by Regina Wamba/Mae I Design and Photography

To all the broken ones, may you find the soul that binds you.

There’s a place you land right before you hit rock bottom, a sort of cushion before the blow. It’s full of fresh air that fills your deprived lungs and so much light that even in its darkest corners it warms your skin. This place prepares you for your plunge, holds you in its calming presence and rocks you softly. Zeke was that place for me. He was like a rainbow in my black-and-white movie, a soothing touch against jagged scars.

And then I reached the bottom.

As I stood over the lifeless body of a man who didn’t deserve the peace that death would bring, I knew I was no longer the girl I used to be. The broken parts of me were on the mend and his soul was the glue that would hold them all together.

I exhaled a stream of smoke, and a rib-rattling cough took hold of me. My chest ached and my lungs sizzled. The burn in my throat intensified and then relaxation began to seep into my pores. The smoke-filled space swam before my glazed eyes as I melted into Finn’s ripped leather couch. The couch separated the band space from the rest of his junky garage.

“If you don’t cough, you don’t get off,” Finn said as I passed him the joint. “So what happened with Ashley?” He took a hit. The tip of it lit up and crackled. “Did she blow you or what?” His voice was strained as he struggled to hold in the smoke before he finally blew it out and hit it again.

“I don’t want her mouth anywhere near my junk. Did you see that nasty blister on her lip last week? She tried, but I wasn’t having it.”

“Can’t blame you there. You need to get laid, dude. It’s been two weeks since that freak at The Pit. What was her name again?” He lifted his legs and dropped his heavy, mud-covered boots onto the coffee table in front of his couch.

I strummed my guitar as I tried to tune it.

“Lucky son-of-bitch. You always get the ones that disappear. I get stuck with clingy bitches. Remember that one last summer that followed me around for a month? Damn, she was a good lay, though.” He took a swig from his beer and shook his head at the memory. “Anyway, I say get a piece of ass before this weekend’s gig. You play better when your balls aren’t in a bunch.”

He passed the joint back to me. The smoke filled my lungs as I hit it hard, held it, and then exhaled.

Once the rest of the guys got there, we practiced for two hours before everyone split and went home for the night. After throwing my guitar case in the back of my rusted El Camino, I drove around for the next hour. My old man didn’t usually pass out until eleven, so I knew better than to go home before then.

After a good amount of time, I rolled my car into my yard and cut the engine. All the lights in our single-wide trailer were out, but I could see the flicker of the TV in the front window. Falling asleep in front of the TV was my dad’s thing.

Drizzle splattered against my cracked windshield and streams of dirty rainwater started to run down my windows. My boots sank into the softening dirt when I got out of my car, which meant the yard would be a muddy mess in the morning.

A stray cat ran from underneath the bottom step as I walked across the small stretch of front yard from my car to the front porch. Dad’s tow truck was parked sideways in the rocky driveway and the cat disappeared under it.

I crept up the broken, wooden steps and stuck my key in the doorknob. The hollow aluminum door begged for some WD-40 as it creaked when I opened it. The door would be my demise one day since it seemed to love waking my dad. The rotting plywood porch buckled under my weight before I stepped into the smoke-filled space.

The scent of beer, Marlboro Red’s, and motor oil filled my nostrils. I slipped through the cluttered living room to the hallway that went to my side of the trailer. Dad was passed out in my mom’s old mauve recliner. The lights from the TV screen danced across his greasy face. He still had on his dirty work clothes and the bottle in his hand was bent just enough so the matted shag carpeting was getting sprinkled with beer when he breathed out. The ashtray next to him was full of ashes, cigarette butts, and beer.

I didn’t bother turning off the TV. I didn’t want to risk waking him. Instead, I skulked through the trailer to my bedroom. I was careful to step over the part of hallway where the floor was weak. There was a leak in the bathroom a few years back that ruined the floor and left the lingering stench of mildew right in front of my bedroom. It made living there ten times worse and did nothing to squash the hate I had for the place.

Peeling off my jacked, I stripped down to my boxers. The heater in our trailer was shit, so my room had a lingering chill that only my mom’s tattered wool blanket could cut. I turned my radio on low volume and fell onto my bed.

Outside I could hear our neighbors arguing in Spanish and a baby crying. Far off in the distance there were police sirens and the sounds of breaking glass. The interstate was just on the other side of the fence from my place, so the sound of speeding cars was endless. For many years this had been the place I called home. I had a hard time falling asleep in total silence after years of noise pollution to rock me goodnight.

I was dozing off when I heard the loud thump of my dad closing the recliner with his legs. The trailer shifted under his heavy footfalls as he made his way down the hallway to my room. I braced myself for the attack when he plowed through my bedroom door. A dim light lit the space when he flipped the switch. I silently wished he’d just do it in the dark. That way I didn’t have to see his fists coming for me.

“Where the hell you been? Did you take money out of my wallet?” He stared down at me with drunken, red eyes.

I didn’t respond. There was no need to deny taking the money. He didn’t care whether or not I took it; he just wanted a reason to hit something. I knew the feeling all too well. I curled up and protected my face and stomach. His fists invaded the flesh on my arms and occasionally made it through my shield to my face. There were a few hits to my ribs until, finally, he was satisfied and left. Thankfully, he was drunk. He was weaker and slower with a case of beer under his belt. Usually the beatings were worse, but I never fought back even though I could easily whip his ass.

It wasn’t fear that kept me from beating him within an inch of his life. It was a promise I made to my dying mother. Every time I thought about lifting my fist and putting it through his face, I’d hear her soft voice asking me to let it go.

“He’s a good man and he loves you. He’s just got a lot on his plate right now,” she’d say as she iced my face.

There was once a time when she took the beatings, but when the cancer came he transferred his rage to me. I was glad to take it—better me than her.

Bruised ribs or black eyes were such a natural occurrence for me that I hardly even noticed them anymore. It was shitty to think I could get my ass kicked once a week and it was nothing, just another day.

I fell asleep with blood on my pillow from my nose and aching ribs.

The next day at school I sported a black eye. I was always fighting, so no one paid any attention to my shiner. It wasn’t that I started fights purposely, but people pissed me off easily. Usually my fights took place after a run-in with my dad. I knew deep down it was my way of fighting him back, except it wasn’t him I was fighting; it was a football playing jock, or some shitfaced old guy at The Pit.

“I hope his face looks worse than yours,” Chet said. He leaned his head back and made smoke rings as he exhaled.

“Do you doubt me?” I lifted a brow in question.

“No doubt. I’ve seen you in action, bro. I bet he’s unrecognizable. Anybody I know?” He flicked his cigarette at Principal William’s parked car.

“Nah, just some asshole from my neighborhood.” I stuck my hands in my pockets and leaned against the light pole. “We practicing at Finn’s place tonight?” I changed the subject.

“Yeah, Finn’s got some new shit he wants us to work on. He said around seven.”

Finn, the lead singer of our band, Blow Hole, was older than the rest of us by four years. We all knew him; he’d failed school so much that he was only a year ahead of us before he finally dropped out. He still lived in his mom’s house. The junky garage became our hangout and we called it the Blow Hole since you could walk in and score a line of coke at any given moment. The name somehow transferred to our band and that’s what we’ve called ourselves ever since.

Somehow Chet and I had managed to make it to senior year. We were both a year behind where we should be, but we were still there. I wanted to quit, but staying in school was another promise my mom had managed to pull out of me with her dying breaths. So come hell or high water, I was at school every day. Whether or not I went to class was a completely different story.

Later that night, we practiced an extra hour at Finn’s house. We were three days away from our gig at The Pit and we’d added a new song to the mix. Mostly, we covered songs to get the crowd going, but every now and again we’d throw in an original track.

My fingers ached from playing the guitar so hard for so long. I had to admit we sounded badass. Chet was on the drums and Tiny could play a bass guitar like his life depended on it, but it was Finn who ran the show. He was one hell of a front man and our name was slowly spreading.

When I finally stumbled into my house that night, Dad was already in bed. I fell into a fitful sleep while the neighbors cussed each other in Spanish and the interstate traffic played its familiar lullaby.