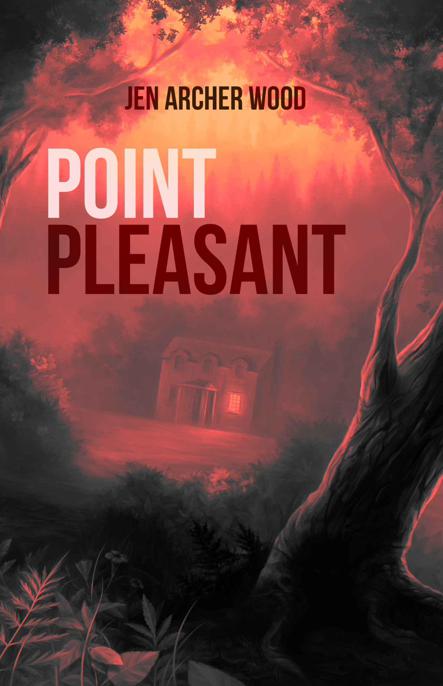 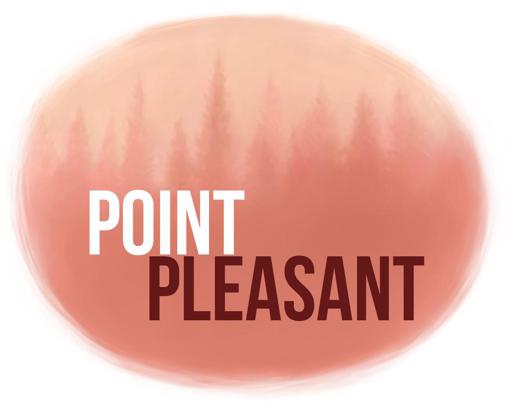 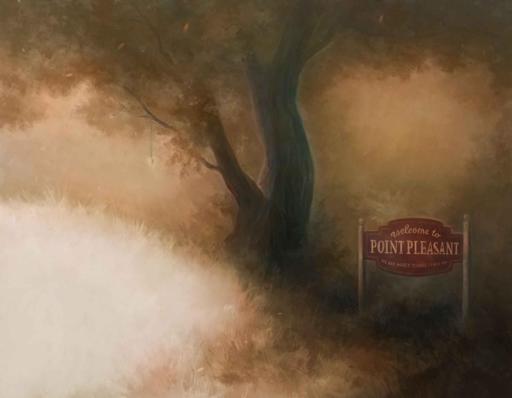 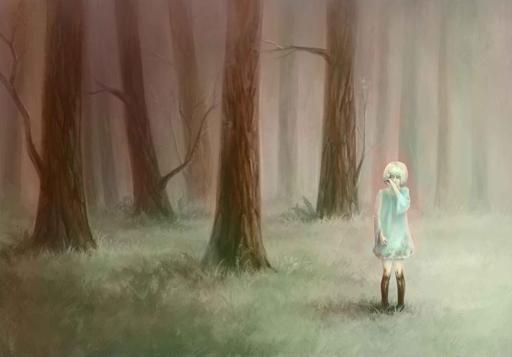 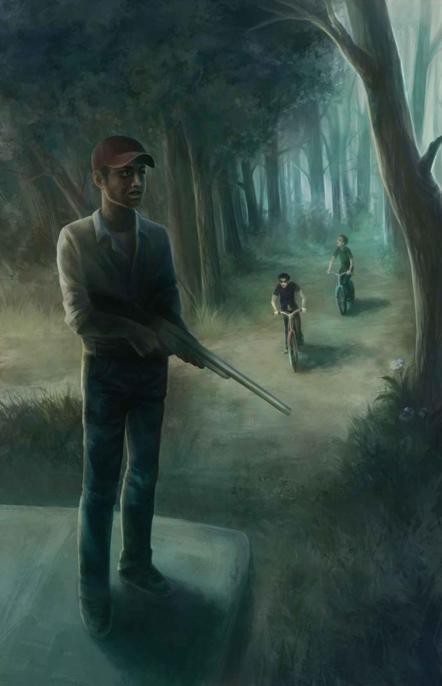 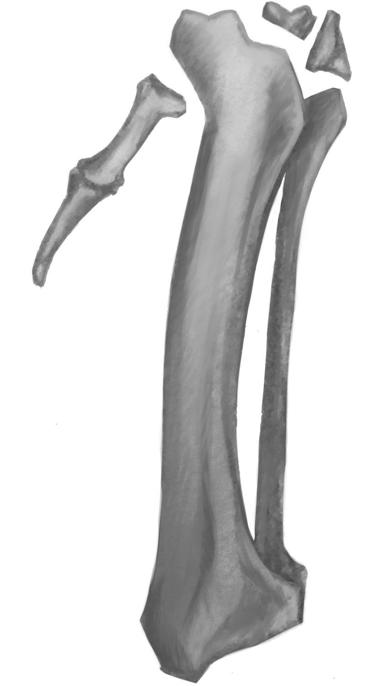 T
he two boys ran fast. Their speed increased to a heart-thumping pace as the sound of wings flapped above their heads. The forest was dark and dense. Dawn was on the horizon, and its hazy light illuminated the landscape at a slow, agonizing pace.

The
thing
was big. Despite its apparent dexterity in maneuvering its large body through tight spaces, it had trouble navigating the thicket of branches that hung over the forest. The power of its beating wings sliced through the trees overhead and sent down a treacherous rain of pine needles, twigs, and heavy limbs.

Ben Wisehart, the shorter of the two boys, dodged a large branch that would have done significant damage if it had made contact with his skull. Nicholas Nolan, Ben’s best friend, pushed Ben to the left and diverted their path in an effort not only to lose the creature above but also because it was the direction of the edge of the forest where they parked their bikes a few hours before.

Their venture into the woods began as a dare; Ben knew that Nicholas would follow through with it because Nicholas never backed down from anything. Nicholas’ father, Nate, called him stubborn, but Ben admired that quality in his best friend. Until that moment, of course. Ben just
had
to goad Nicholas into venturing out to the abandoned TNT factory, a remnant of World War II’s American industriousness and the home of Point Pleasant’s very own urban legend: the Mothman. Nicholas, of course, just
had
to accept. Ben wished Nicholas had told him to shove the dare in his ear.

The myth had circulated off and on since the sixties. Certain residents of Point Pleasant claimed that a bat-like monster with glowing red eyes inhabited the woods around the old factory. One of Ben’s neighbors—Ruth Calloway, an older woman with far too many cats—claimed that in her youth, she and her brother had been involved in a high-speed chase with the Mothman on the dark, nine-mile stretch of River Bend Road near the edge of the forest that separated the factory from the town. The Mothman had followed their car and even landed on the roof where it left huge indentations and claw marks.

Ben was fascinated by Mrs. Calloway’s description of its wings: they were strong and powerful as they beat against the car during its pursuit. “It could have easily overcome the vehicle,” Calloway had said. “Instead, it seemed to enjoy the chase as a cat does when it hunts a mouse.”

Ben had rolled his eyes inwardly at the comparison; she
was
the expert on cats after all. Calloway had said the Mothman eventually retreated as if it had grown bored of the car and the terror of its passengers.

Ben and Nicholas snorted when out of hearing range the first time she told them about the encounter. And the other dozen times she stopped them during one of their bike rides to tell it again.

Mrs. Calloway was a gossip. Ben’s mother, Caroline, once said, “Ruth just likes to hear the sound of her own voice.” As such, Ben was never sure if this was what made Mrs. Calloway tell the story so many times or if, in her old age, she forgot she had already recounted the event to them several times over. Either way, neither Ben nor Nicholas had ever been wholly convinced by the local legend.

Mothman sightings popped up every few years almost as an affirmation of Point Pleasant’s eccentric character. Two weeks before their venture into the forest, Jack Freemont—a farmer who swore he had not touched the hooch in over a decade—sped into town in his rickety old Ford pickup truck and claimed to anyone who would listen that he had seen the Mothman and that it had flown off with one of his cows.

“Swooped right in, great giant of a thing!” Freemont had said to his audience in Duvall’s diner while waving his arms to illustrate the size of the creature. “Picked up my best milk cow and took off with her like she was nothing more than a field mouse!”

Ben and Nicholas had been in the corner booth of the diner the afternoon Freemont ranted and raved about the Mothman’s return. No one took his claims to heart, nor did anyone believe his supposed sobriety for one instant.

Freemont’s rants increased when more reports flooded in from other farmers in the area regarding missing sheep and cattle. The Sheriff’s Department investigated every claim, but, in a statement to the
Point Pleasant Gazette
, Sheriff Bryce Harold asserted that a wild animal was most likely to blame for the disappearances despite the fact that no one had stumbled across the carcasses of the missing animals.

Point Pleasant became a place of unrest when veterinarian Evelyn Lewis was attacked a week before Ben and Nicholas ventured out to the abandoned factory. She had been driving to town from a trip to Bill Tucker’s farm to check on a sick calf when her car broke down on River Bend Road. The Tucker farm was just on the outskirts of the forest, less than two miles away from the old TNT factory.

The town,
of course
, was full of whispered gossip and awkward half-truths about what happened to Dr. Lewis that night during her solitary, moonlit walk back to town, but the only fact that emerged from the evening was that Dr. Lewis’ eyes had been clawed out of her head.

Three days later, Grant Harper—the five-year-old son of the Save n’ Shop grocery store proprietors—disappeared from his backyard. His mother, Cora, had been inside the house preparing dinner when she heard his scream. She had raced out the back door just in time to see a dark mass rise up into the sky so high that the setting sun of the afternoon blinded her vision long enough for the figure to disappear into the darkness of a neighboring tree line. When she surveyed the yard, her son was gone from his sandbox and had not been seen since. Rumor had it that Mrs. Harper was under observation in the psych ward at County General.

The Flickering Torch Mystery by Franklin W. Dixon
Dahmer Flu by Cox, Christopher
Murder With Ganache: A Key West Food Critic Mystery by Burdette, Lucy
The Late Child by Larry McMurtry
Because We Say So by Noam Chomsky
Krik? Krak! by Edwidge Danticat
Gently Continental by Alan Hunter
Unfit to Practice by Perri O'Shaughnessy
Red Sky in the Morning by Margaret Dickinson
The Killing Game by Anderson, Toni